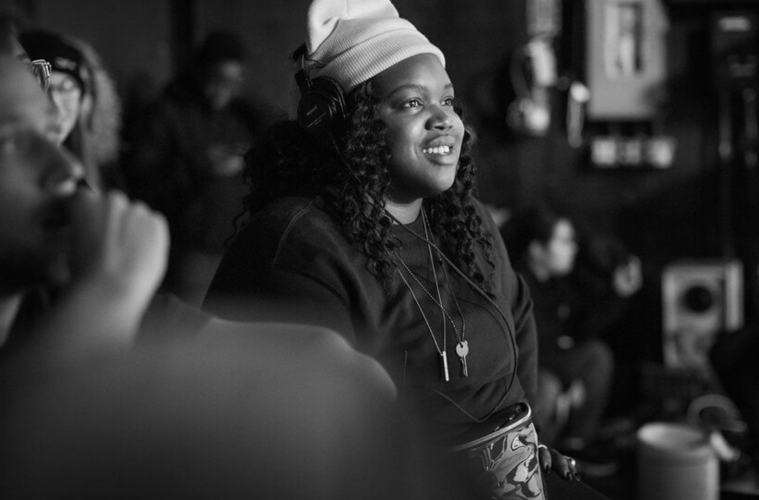 Sasha Leigh Henry is a writer, director, and producer living in Toronto. Her film Bitches Love Brunch screened at festivals internationally before being acquired by CBC Gem. As a producer, Sasha has helped bring numerous films to screen including Randall Okita’s Canadian Screen Award winner The Lockpicker and Kelly Fyffe-Marshall’s sophomore film Black Bodies. Sasha is currently in development with New Metric Media for an original comedy series about a millennial black woman and her imaginary hype girl. A frequent panelist and speaker, Sasha is also an alumni of POV 3rd Street, Black Women Film!, 2020’s TIFF Filmmaker Lab and a TIFF Netflix Talent Accelerator Fellow. Sasha is one half of the duo behind Everyday, People, an art and film production studio formed with fellow artist and collaborator Tania Thompson. Their debut film, Sinking Ship, recently had its premiere at the 2020 Toronto International Film Festival (TIFF).

Sasha was recognized during TIFF this year in the RBC Women in Film Series that featured empowering and inspiring Canadian female leaders sharing their personal journeys. The series explores how women in the industry are changing the narrative, celebrating their accomplishments, recognizing the progress that needs to be made and exploring what the future holds.

We had the opportunity to catch up with Sasha recently…

TIFF has created so many memories for us.  Can you share with us your fondest experiences from earlier days?

Sasha: Fondest early day memories — Going to the wrong location for one of my first volunteer shifts. I was at the Elgin when I should have been at Princess of Wales. The team kept me stationed there to help. I got put on watch of the back doors with another person. He tells me, “you know, this is really one of the coveted volunteer positions.” I don’t get what he means (as we are quite literally just sitting outside of doors on watch), so I nod along and tell him I’m just happy I didn’t in trouble for not being at the right place and that the volunteer captain was really nice. About 5 minutes to the hour and my co-volunteer tells me to get into position to open the doors. He’s gotten the clear and they’re coming out. By the time I ask, “Who’s coming out?” 5 black Escalades roll up, a small crowd of about 30 people appear out of nowhere with posters, the doors fly open and BOOM out walks Gerard Butler, Jessica Chastain, and Ralph Fiennes! People were beside themselves they were seeing “Voldemort” in real life, haha. He was pretty cool about it.

Being recognized in RBC’s Women in Film Series, how has that helped you and your career?

Sasha: It has helped further legitimize me to those outside of my indie film community. It’s offered me great exposure and opportunity to have people meet me and hear what I have to say as a filmmaker first, which is rare, usually people meet you and get to know after they’ve seen your work. This series pointed people towards me as a creative and storyteller overall not to one particular project and for my career the momentum that helps build is really great.

Your film Sinking Ship premiered during TIFF – what was that like during Pandemic times?

Sasha: The premiere at TIFF was definitely different than most years but as TIFF was occurring while Ontario was still allowing gatherings of 50, Kelly Fyffe-Marshall (director of Black Bodies, which I produced) worked with some friends Yvonne Stanley and Fonna Seidu and threw a surprise outdoor screening event with 20 of our family and friends to watch both Sinking Ship and Black Bodies. I think the only person who might be more extra with celebration than I am might be Kelly so instead of describing all the
thoughtful, beautiful elements of the event I’ll just tell you that it ended with a private fireworks show lol. I know. 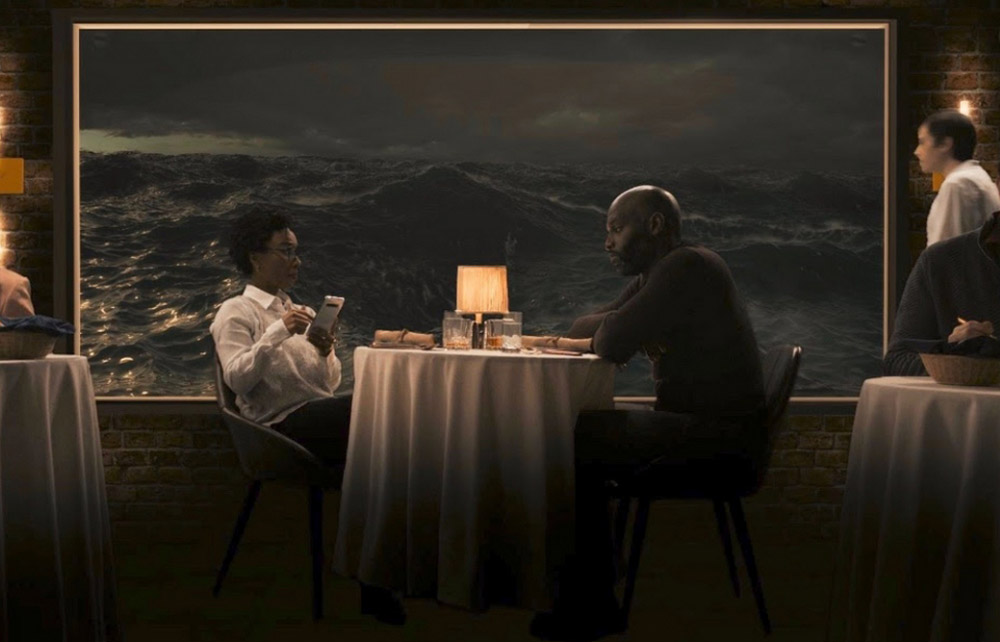 What were some of the challenges you faced early in your career…and what are some you face now?

Sasha: The challenges that I faced then and now are the ever-present ones attached to womanhood and Blackness really. I cannot even really outline specific challenges because it’s so ingrained in me that the status quo places me low on the totem pole and so I am always, always punching above my weight. Then and now.

Now I’d say my challenge is making sure people aren’t trying to tokenize me now that they have a better idea of the power of my voice and the global call for equality is ringing loudly. Another challenge is just actually working and existing through these times. It’s hard waking up and learning about what happened to Joyce Echaquan and then feeling like my comedy sketch is
adding value to the world. It does of course in its own way, everything has a part to play but still it’s two very different emotional spaces to be in. I try to remember that the name of the game is to make ripples wherever I am, with whatever bit of power and weight I have to make a difference. Sometimes that means making a comedy sketch to give people a laugh if they need it,
sometimes that means organizing with community members to get vulnerable people in our cities some of the support they need.

What kind of responsibilities do you feel you have to help mould and shape the entertainment industry here in Canada?

Sasha: I feel I have a responsibility to not tolerate the performance of listening and learning when it comes to the injustices against marginalized people in the industry.

I feel I have a responsibility to run the kind of set I expect to see others run and to create as many opportunities for qualified creatives to have more authority and access in positions of power on set.

I feel I have a responsibility to unhinge every door I walk through in this industry for anyone else coming after me.

What was your “a-ha” moment when you realized that what you do can make a change?

Sasha: I guess it would be when screening Bitches Love Brunch – it’s a simple and lighthearted film. I worried that people would think I hadn’t done enough even though as the director I really felt the treatment was the most fitting I thought people might see it as frivolous, but they didn’t. Lots of people, especially Black women, told me how much they enjoyed just watching these 4 women be, how refreshing it was. I knew then that while my work wasn’t living in the intense drama world it was offering something that people were responding too. That was it for me.

We grow and learn from everything we do and experience. What have you learned recently that you’ve applied to your work and in life?

Sasha: I am way less creative when I have too much on my plate. I am just learning to say no and as things quiet down post-festival I am finding I am having a new relationship with my creativity. It’s really awesome.

When I have too much on the go, I immediately abandon all the good habits that keep me sane like eating and exercising and even something as simple as making my bed. I was working in that state for so long that I honestly just thought that’s the way I was – a mess. Then came quarantine. It hit so many
people so many different ways but there was a sweet spot for me personally for about 4 weeks (just after Trudeau confirmed we would be getting money and just before the news of Ahmaud Arbery’s death) where I think I was really my best self. My work has become measured and manageable and I had a routine that seemed to work, and it felt good to have a healthy balance and look after myself. This experience is what I’ve recently applied to my work and life again. I want to give me creative endeavours room to grow and breathe as I give myself room to grow and breathe.

We are grateful for the doors that open and opportunities — what advice would you give to women to take that next step forward?

Sasha: Keep going. Don’t be afraid to lean on your peers. Trust yourself and never be afraid to walk away. Oh, and you likely know way more than you’re letting yourself believe.