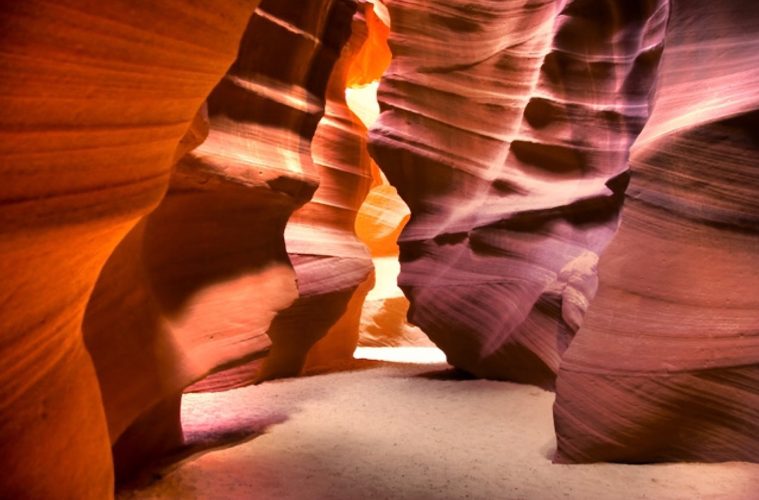 10 Unforgettable Experiences To Add To Your Travel Bucket List

We’ve got so much to see and do in this world and no sooner do we check something off our travel bucket list, we add a few more! This spring we’ve got the beautiful Fogo Island on our itinerary and then booking a villa in Italy’s country side is next. Apparently a visit to the Ferrari HQ is on that list. We’ll see what happens. But I admit I’ve always wanted to see the Northern Lights. We came so close last winter when we took a trip to Iceland. Sadly it didn’t happen because of overcast skies and but apparently the night after we had came home, the skies were dancing in a sea of blues and greens. Sigh. So it remains on that bucket list. I’ll just have to keep the “Under An Arctic Sky” a Netflix documentary by Chris Burkard on repeat for now.

There are so many incredible travel experiences waiting for us, here are a few you may want to add to your list….

WAITOMO GLOWWORM CAVES, New Zealand: You can only arrive by small boat into the dark caves and grotto. But then the upper reaches of the caves all of the sudden are spotted in what appears to be a sea of lights but in fact, they are a like a milky way of thousands of glow worms shining down on you. But they aren’t the only creatures lurking in the dark, other living organisms also light up the crevices. 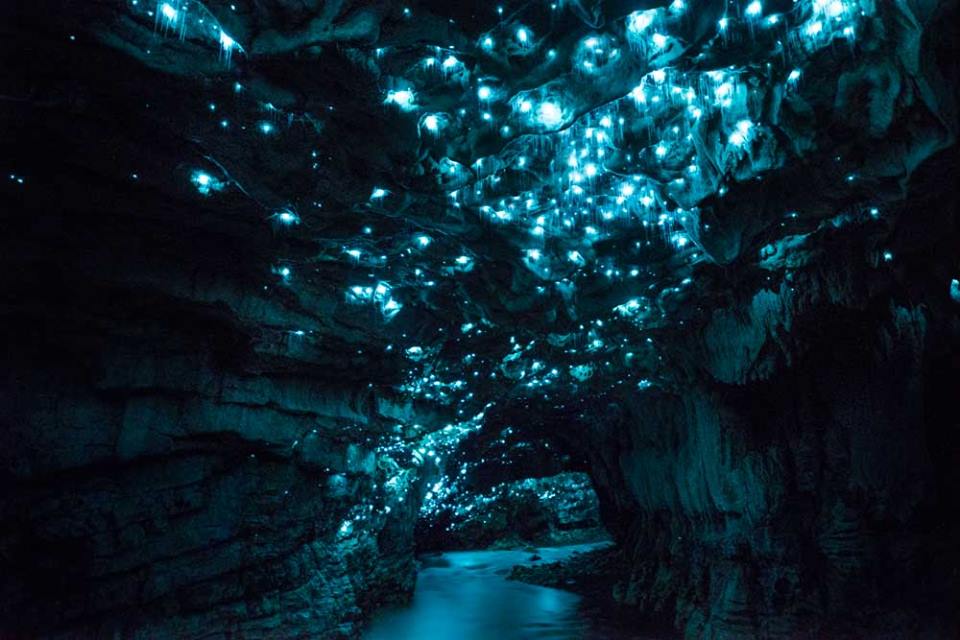 ANTELOPE CANYON, Arizona: They are like waves in the ocean frozen in their ripples, only they are dry. The red rocks have formed into larger than life natural sculptures. Walk through the sandstone walls. But definitely do your research, there are Life must be so humbling  against these peaceful giants. 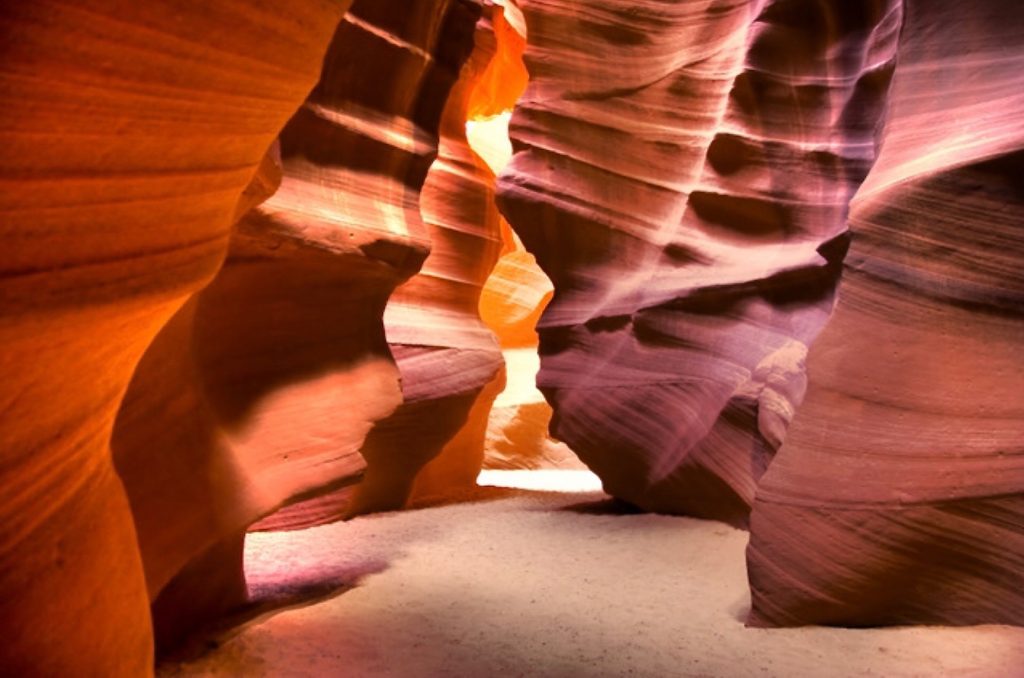 WILDLIFE RESERVE, Barbados: Sure people bring their families in this controlled environment but don’t be fooled. This vast land is home to native species of this tropical paradise. As you wander through, you’ll meet many tortoises taking their sweet time getting from A to B. Deer, peacocks, iguanas and other species roam around freely. The Mara is an unusual looking creature that looks like a giant rabbit but it’s actually a relative of the guinea pig. But stay alert! The Green Monkeys are very social and can be mischievous. Hold on to your smartphones, hats, sunglasses and anything else that can be easily taken. They won’t give them back. Visit close to feeding time and witness a feast of plenty. It’s remarkable to watch the animals congregate for their daily feedings of fresh fruits and vegetables. There were no dinner bells and no calling out that dinner was ready. They just ate cordially amongst each other as though it was a big banquet. 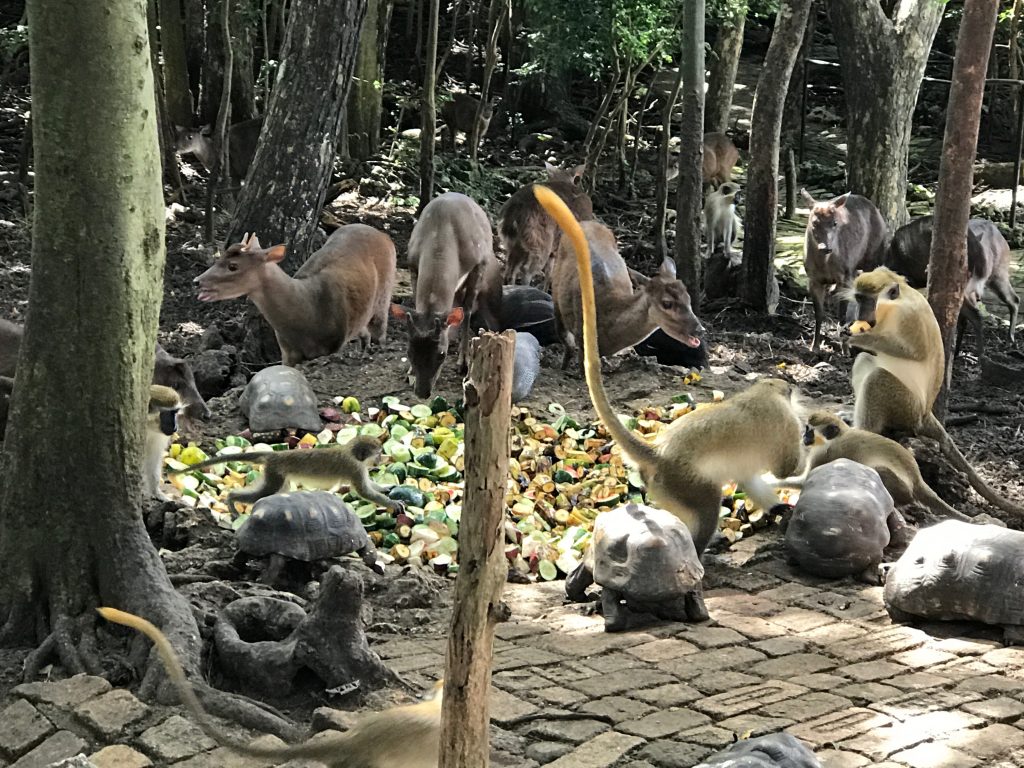 EZE, France: What was once the summer property to the King of Spain, this mountain village is a popular stop for for those touring around the South of France and just on the outskirts of the ritzy playground of the uber rich in Monaco. The village is not accessible by car. You’ll need to park at the bottom and walk your way up. There are two spectacular luxury hotels with Michelin Star restaurants have the sweeping views of the Cote d’Azur. An overnight stay is a must because come nightfall, the starry skies help light the cobblestone inclines and the tour buses would have retrieved their shutterbugs. You’ll then be left to wander the grounds that includes a church and centuries old cemetery or visit with the local artists who would likely invite you to linger on the steps of their studios to talk about the universe over a few glasses of wine. 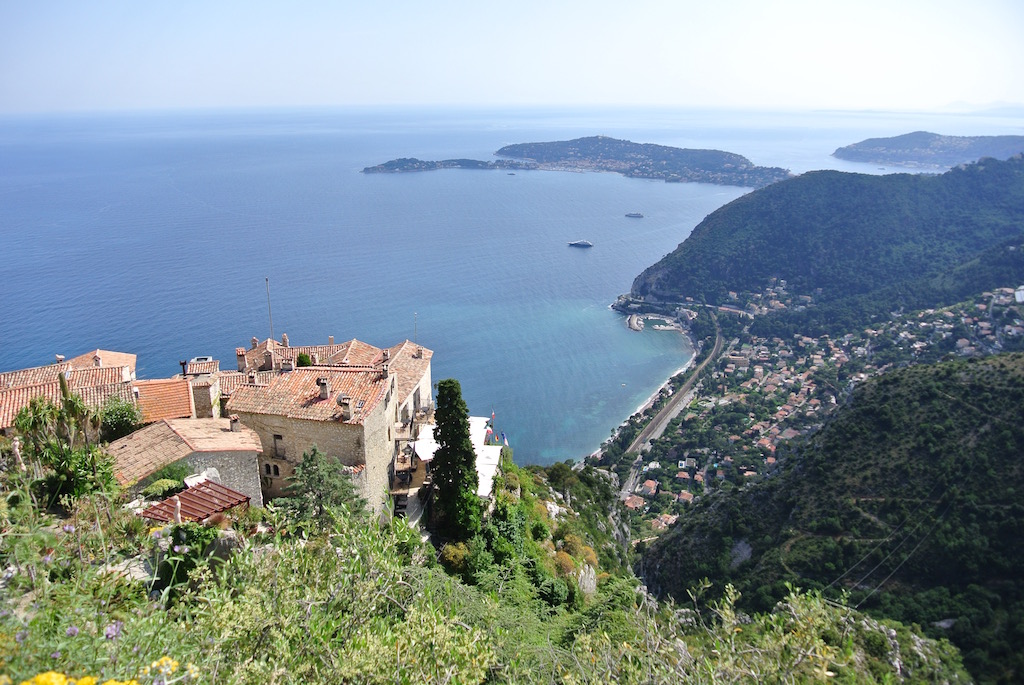 SUNRISE at Haleakala, Maui: At almost 10,000 feet above sea level the sun rises gracefully over the tips of the mountains amongst the whipped cream clouds. From Kaanapali coastal area, it meant getting into the car at 2:30 am to get to the summit in tine. Grab every layer of clothing possible and a few borrowed blankets as the about 30 degrees colder up there. A stark contrast to the sunny warm days at the beach. As the sun begins to shine the sky is filled with colours. But it’s also worth going at night when the stars are out. 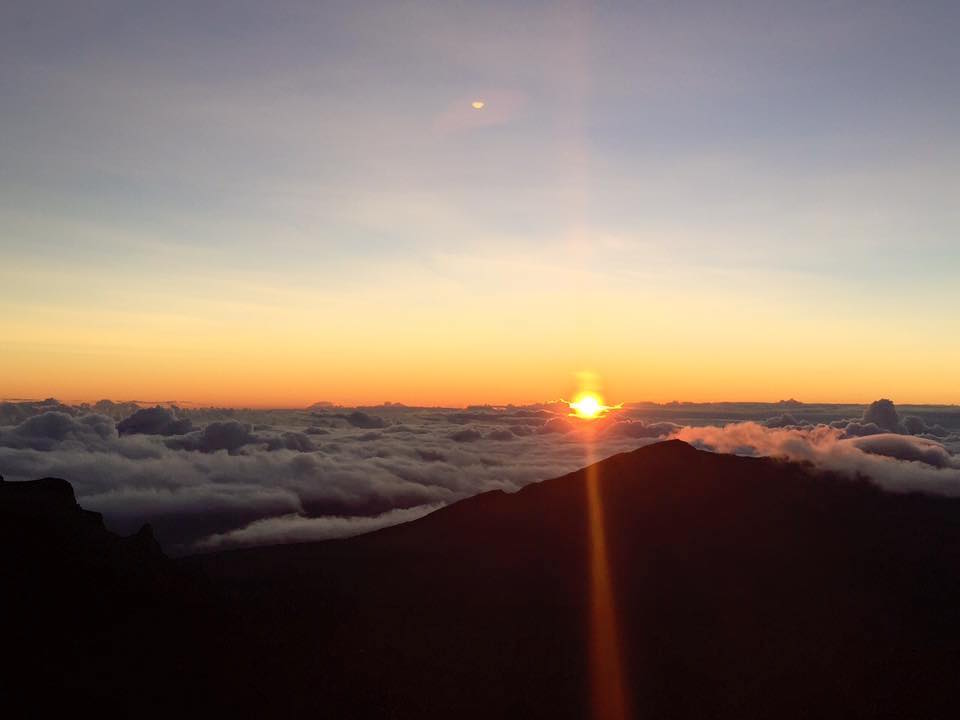 MIDNIGHT DIP at Hot Springs Cove: Accessible only by air or sea, Hot Springs Cove on the west side of Vancouver Island, is a natural wonderland. By day, it is over run with tour boats  and float planes out of Tofino, but by night, it becomes a tranquil oasis; attainable only to those camping or staying on a boat. After a one-kilometre walk along a boardwalk, you will arrive at the cascading pools. Heather recommends that you choose your pool wisely, some are hotter than others, some deeper, while others (at high tide) shower you with cold ocean water. Remember to bring candles and wine to add to the ambiance. But carry out what you carry in. 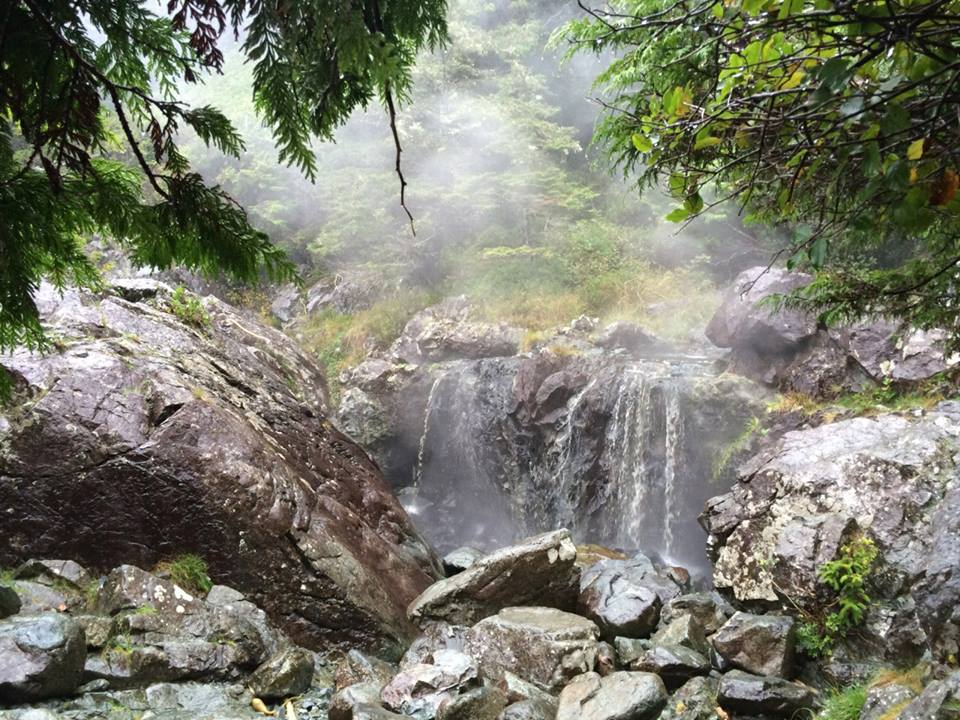 PETRA, Jordan: Become a real-life Indiana Jones as you explore this famous archaeological site in southern Jordan. Carved into rose-coloured stone by the Nabataeans in the 3rd Century, BC, Petra is considered one of the new “7 Wonders of the World”. Early risers (5am in some cases) will be treated to a breathtaking sunrise and an almost-empty city to explore. The highlight? Heather tells me it’s walking in Indiana Jones’ footsteps through the 1.5 kilometre gorge that ends in stunning view of the Treasury. 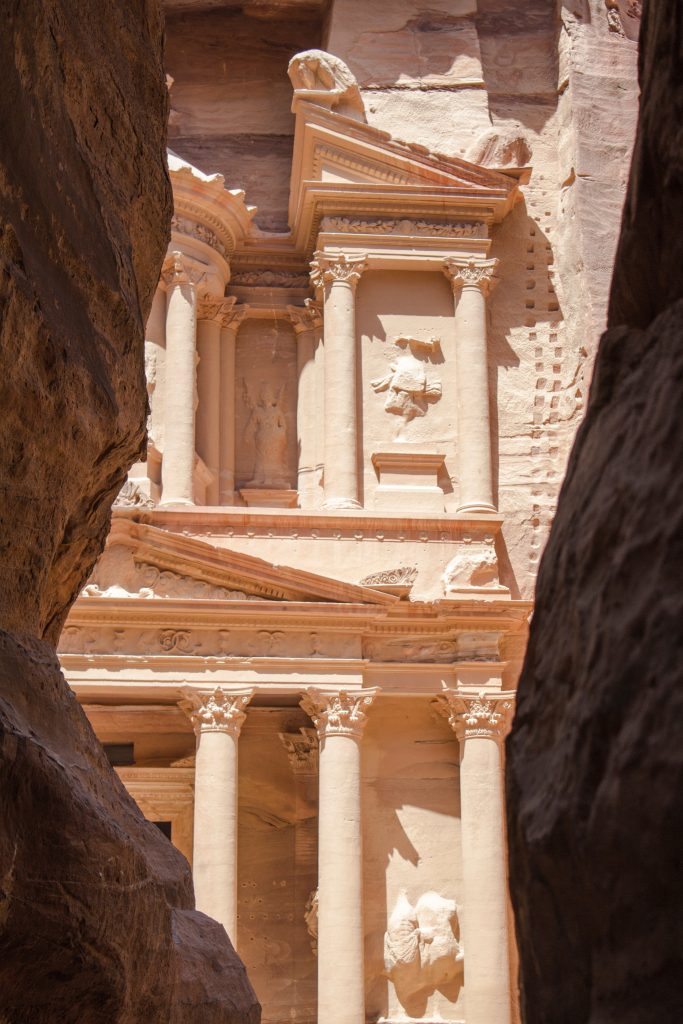 ICELAND EVERYTHING: In recent years, Iceland has seen a surge in tourism thanks to cheap flights to this beautiful country. Most of us think of the Northern Lights but there’s much more to this small but mighty country. Plenty of nature photo opps (seriously you can’t even take a bad photo even if you try) and considered one of the safest places to visit in the world, Iceland has so much to offer. Well organized tours to key points of interest  or rent a car to explore on your own. Reykjavik is very city with great arts & culture and a surprisingly delicious food scene but explore beyond they city and head to places like Vik or tour the Golden Circle. Yes, go to Blue Lagoon on your way in, or out, of the country– as long as you don’t mind crowds. But know there are other spas worth checking out as well. 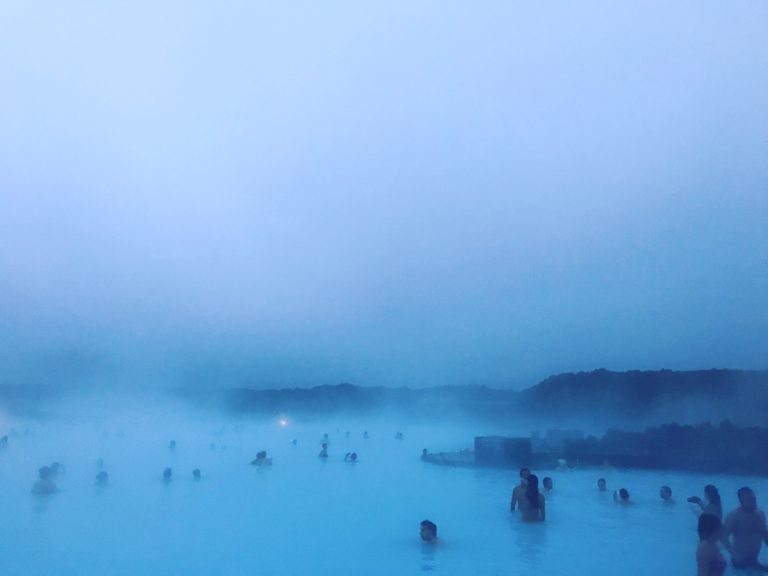 HANAMI UNDER THE SAKURA TREES IN JAPAN: During cherry blossom season you’ll find gatherings of friends and family celebrating with food and sake. There are many popular places to gather and best to go early during the peak of the blossoms blooming in the springtime. As a tourist, you may be invited by locals or simply put out your own tarp and light snacks and take it all in. Just be respectful of the local customs and keep things neat and tidy. 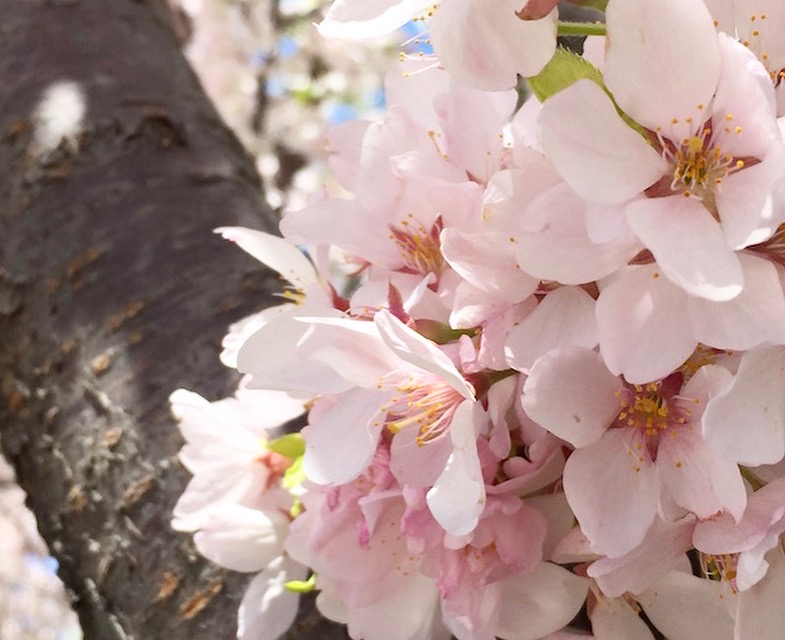 LUXURY CAMPING AT WHISPERING SPRINGS: Looking for something closer to home without a big commitment of time or money?  A little splurge at Whispering Springs that’s located just over an hour’s drive outside of Toronto will get you close to nature but without all the headache. Bring your clothes, your bathing suit, and a bit of food and they will take care of the rest. A luxurious tent awaits complete with warm and cozy bed and in-tent bathroom. Each tent has  theme in it’s decor. Go hiking along the trails. Have a night cap at the onsite bar aka “the Watering Hole”. Stay up all night looking up at the starry sky if you want. Wake up to fresh made breakfast delivered right to your tent. www.whisperingsprings.ca 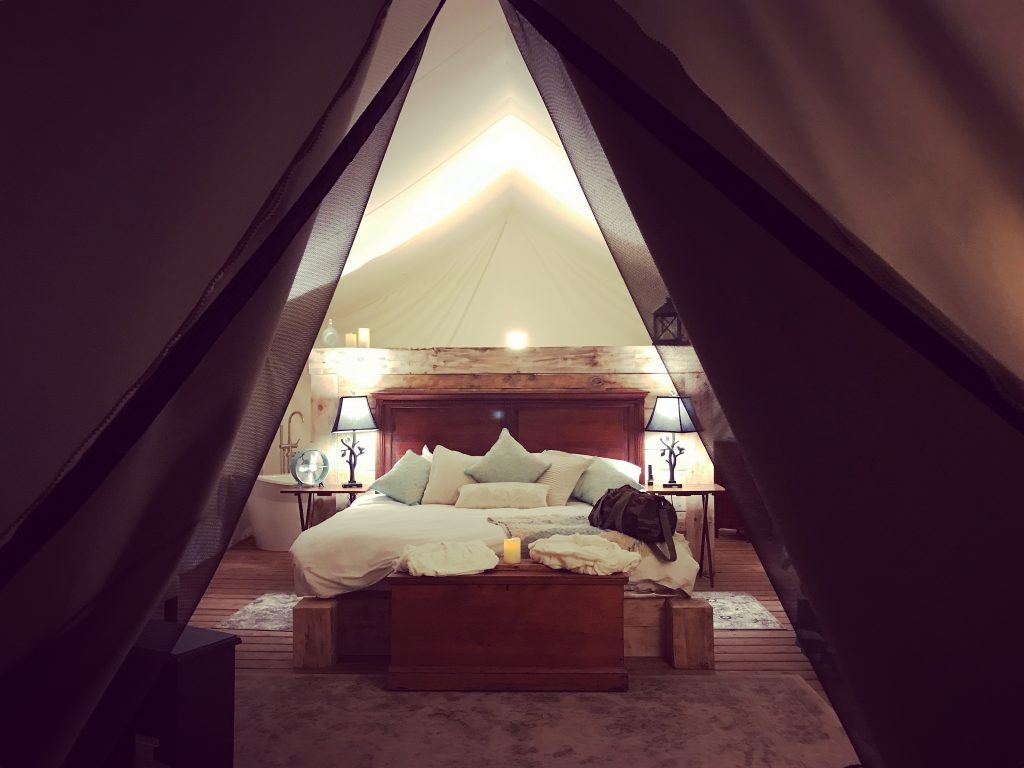 So, tell us, what have you explored on your travels that we should put on our bucket list?