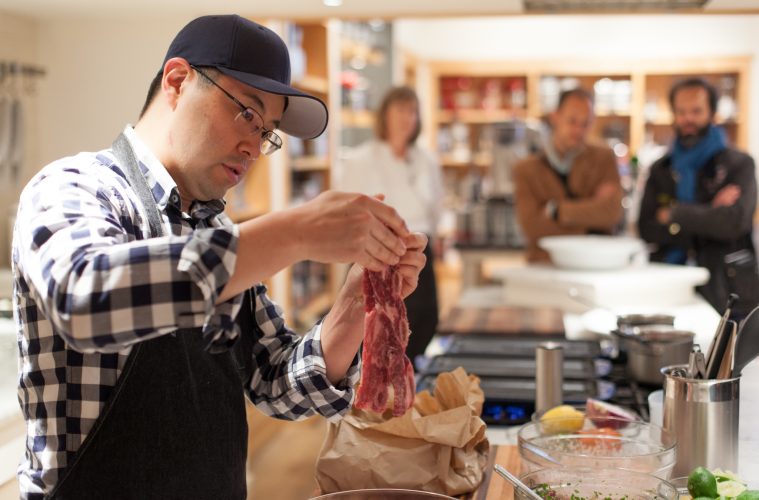 February is upon us, bleak and unforgiving, but take solace, it’s the shortest month of the year. So get out there and make the most of it! The ROM is bringing the heat this month, hosting a lecture C5 by Chef Magnus Nilsson, known for his spellbinding and internationally accredited restaurant Fäviken, Chef Magnus’ event takes place February 6th, doors open at 6:30pm sharp. Tickets will set you back $20.
Foodshare’s annual event, Recipe for Change is back, taking over the St Lawrence (north) Market on February 22nd. Tickets start at $115, and get you an unforgettable evening with 30 of Canada’s brightest culinary minds in an effort to level the playing field and provide healthy high quality food to those in Toronto that are not as fortunate. Don’t miss out on supporting this important event!
Bright lights diminish even the darkest of shadows, so if your soul could use a little twinkle, head to TO Lightfest, continuing until March 4th at Distillery District. 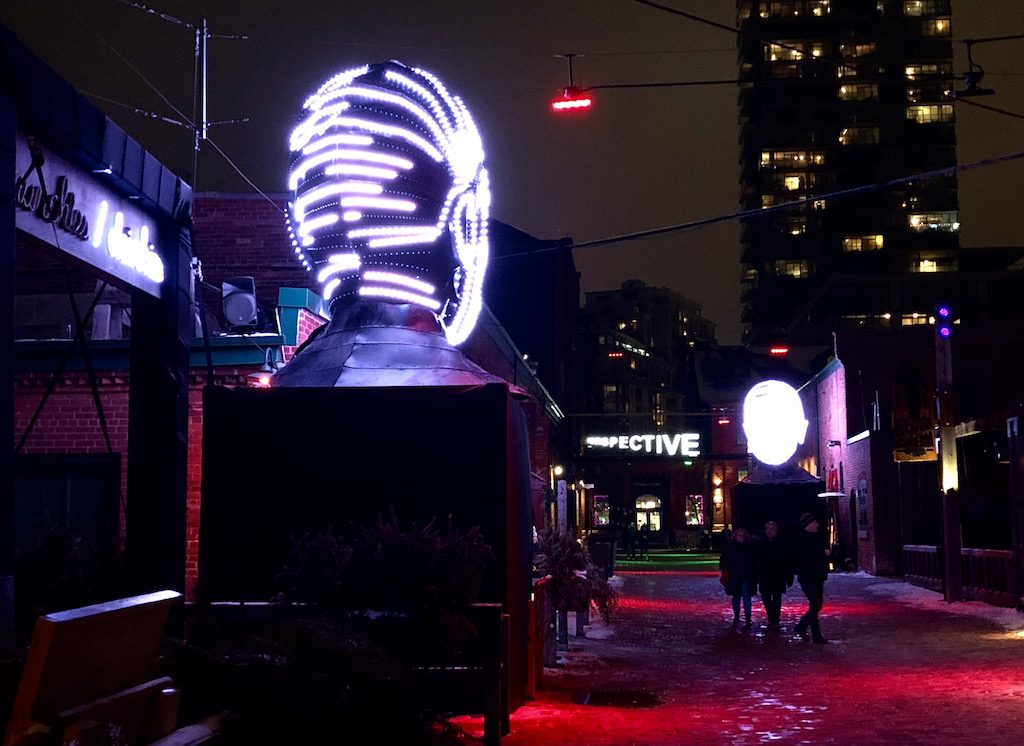 Industry tongues are wagging at this year’s lineup at Restaurants Canada Show, where visitors will get an inside lens on what the future holds for food, along with a slew of new products and gadgets demo and try. The show takes over the Enercare centre from February 25-27th.
West-enders love The Depanneur, especially on their ‘Open mic nights’, held each Friday of the month where culinary whiz’s, either new to the city, amateur chefs or seasoned pros get to show their stuff off, and Friday, February 15th my culinary bestie Carole Nelson Brown is holding court, offering her sensational dumplings and other pan-Asian favourites, including, excuse me, but oh my goodness, MATCHA POCKY CHEESECAKE SQUARES? *squeal* Learn more about this drop in shindig here. 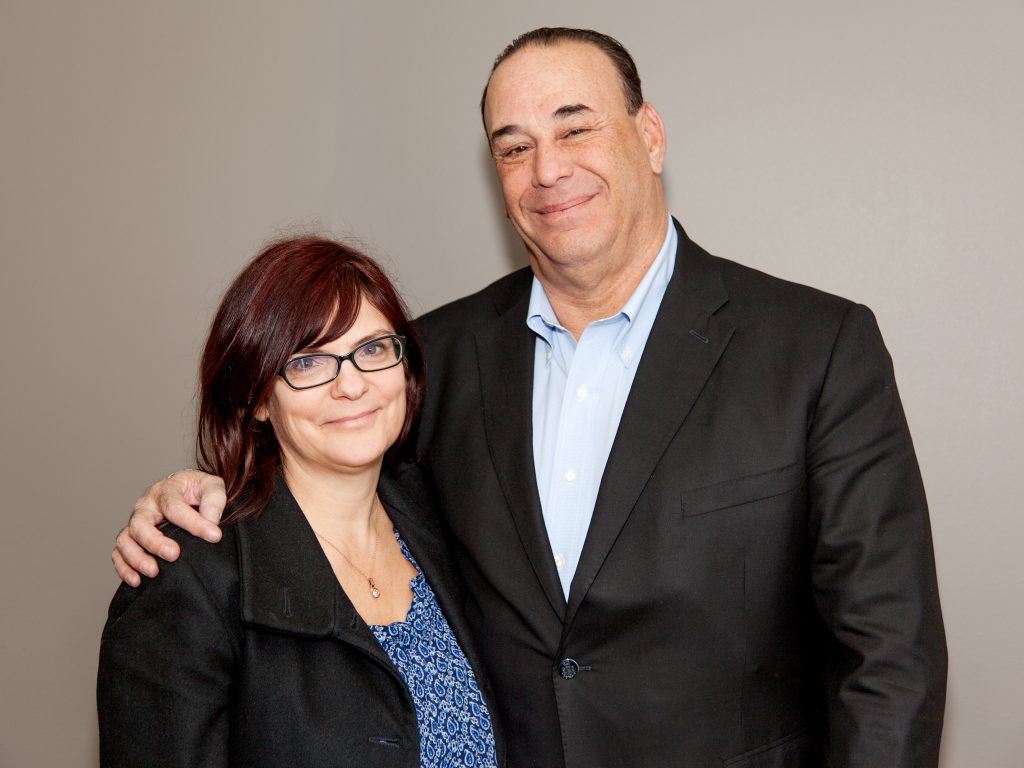 NOW OPEN
Poke enthusiasts rejoice! H2 Kitchen is a fresh eatery offering colourful bowls, smoothies and more healthy things I should eat more of, on Queen West.
Cheese Garden, known for it’s Double Fromage Japanese Cheesecake, including the soon to be sought after Shiroi Valentine Cheesecake- has just opened their second location in Scarborough! More locations are coming for this dessert shop, stay tuned next month for news on more locations!
Wayne Gretzky’s is looking lackluster these days. There’s a new player in town, with Bisha launching Mister C, a funky little spot to indulge in clever cocktails and happy hour priced appetizers in a luxe setting. Funk Wednesdays, with DJ Mark Oliver are a great way to bust up hump day blues.
The Emerald Towers in North York saw the opening of Hcafe, the second location for the Japanese Cheesecake concept.
Sherway Gardens nabbed a new restaurant to add to their already pretty strong collection. Union Chicken is now open, double downing on their recent Union Station opening. Owned by the same team that brings you popular Queen East Carbon Bar, the food program is well vetted and no doubt is well received.
COMING SOON
After a re-jig and mini reno, OMAW is set to re-open this month. No word yet if there’s a new menu to pair with it, or if the changes are just in aesthetics only.
Eaton Centre’s long Yonge street facing Baton Rouge restaurant has vacated in favour of Hendriks Restaurant & Bar, a posh looking place for pints, featuring a seafood heavy menu studded with steaks and $20 salads. Look for this place to open soon.
Drake is producing more than just new music these days, now he’s tied up in the restaurant game too, with Chef Antonio Park at the soon to open Pick 6ix on Yonge Street, by Wellington. The concept may say sports bar, but a sneak peak at the interior, replete with private entrance, screams supper club. We’re excited for the big unveil, word on the street is it’s slated for later this month. 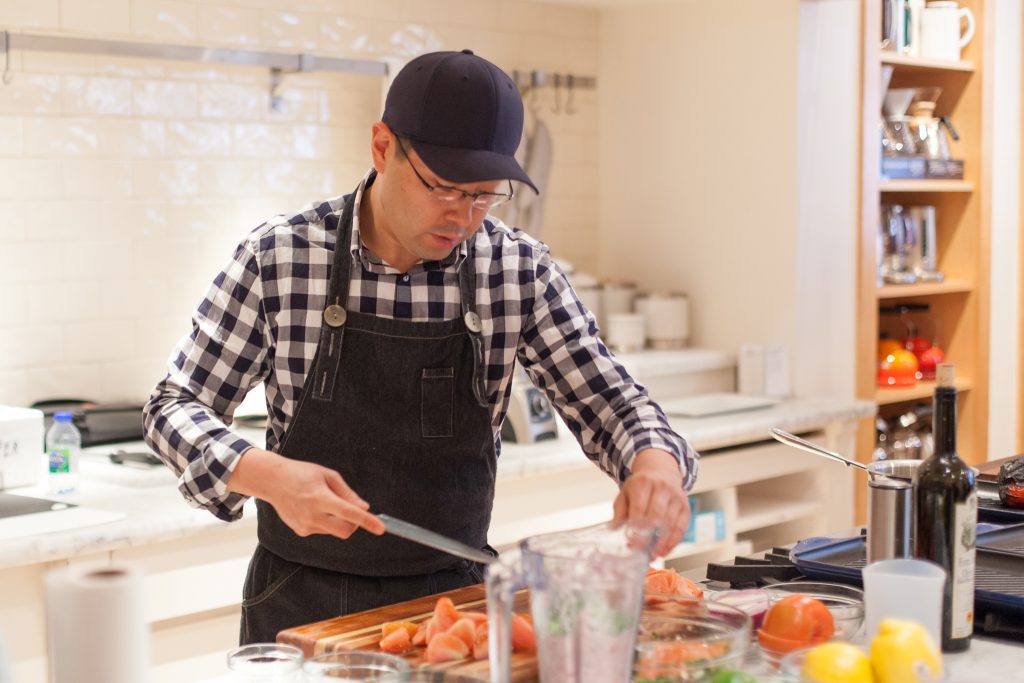 Adelaide East is scoring a new Mexican spot named after either some variation of my nickname or perhaps more likely the drug overlord El Chapo. Burritos, tacos and other Mexican favourites will make up the menu, but also sexy desserts and full bodied coffees to snag the early morning crowd too.
Gaming gurus agree, Storm Crow Manor, already in play out west in Vancouver, is the place to be, and soon, Toronto will have it’s own location, here, in the village, housed in an old (spooky) Victorian mansion. To pull from their own verbiage Toronto’s location will be “the biggest and most insane of the three locations, with secret doors, alternate-reality hunting salons and post apocalyptic lounges and mad scientist themed cocktails”. Make mine a double.
IN THE WORKS
Set to open this spring, Sofia is the latest property in INK Entertainment’s diverse portfolio. Located smack dab on Yorkville Avenue, Sofia will specialize in classic Italian plates, helmed by Executive Chef Christine Mast.
Bayview Village is undergoing some serious work, and Parcheggio is part of that process. The two floor space, once owned by Copetin Chef Claudio Aprile is now under the mighty O&B umbrella, and banking that goes with it. Look for the doors to open on this property later this year.
Milestone’s hit a milestone for themselves when they closed all the Toronto restaurants, once a casual place for sexy chicken wings is now shuttered to make room for Zebu Steak + Bar, a new Brazilian restaurant setting up shop in the Richmond and John location. Look for their opening later this spring.
Markham sushi fans have long extolled the Kaka Sushi virtues. It’s a decent and modern sushi option along hwy 7, but notably, it’s AYCE so saddle up and come hungry. Bay Street is scoring their first location, stay tuned for more on KAKA next month.
CLOSED
Capalansky’s has crumpled. While we reported last month that the College Street location has closed, it seems his new-ish Yorvkille location has also packed it in. The airport still holds the remaining location.

Got a foodie tip? New restaurant opening you want us to know about? Drop us a line or leave a comment below!