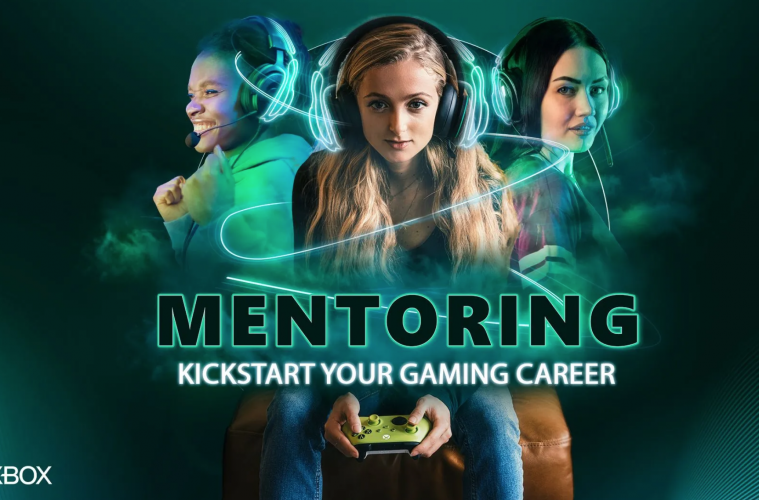 Xbox Mentorship Program opens and here are the women leading them

Recently, the New York Times had named Toronto as the third largest tech hub (and the fasted growing) in North America. Not only because of big companies and investments coming in but the article notes that these companies also believe the talent pool here will continue to grow.  We are seeing the industry boom at all levels. We’re also seeing more young women interested in pursuing careers and rightly so. Technology touches many aspects of our lives and the doors will continue to open including within the gaming sector. Exciting times ahead! With that in mind, Xbox caught my attention as the gaming giant has opened registration for the global Xbox program ‘Mentoring: Kickstart Your Career,’ a mentorship opportunity that includes women in leading roles — this is amazing for those interested in pursuing careers in gaming and looking to gain insight in the industry.

In an industry that is often considered a more male dominant space, we need to show that women too can have just an exciting and fulfilling career. According to a 2019 survey, 82% of men have had male mentors, while just 69% of women have had female mentors. Additionally, most women (7 out of 10) shared they prefer to have female mentors.

And in gaming, Xbox’s ‘Mentoring: Kickstart Your Career’ can support the next generation of  leaders and close the gap between the women gamers and those who work in the industry: according to the ESA, across all players and ages, 45% of gamers identify as female while only 24% of those working in the industry are women.

The Xbox Mentoring Program is aiming to uplift and support women in gaming careers across Xbox’s diverse range with aspiring young talent. First introduced on International Women’s Day, the Xbox Mentoring Program gives them the chance to access valuable 1:1 coaching sessions with key leaders in select markets such as the US, UK, Canada, Australia, New Zealand, France, Germany, Austria, Switzerland, Japan, and Korea.

Canadian mentor Venessa Nyarko (She/Her)is a Producer at The Coalition.  She believes this mentorship program is important as it prepares and guides the next generation of game developers by offering a lens into the world of expectations and key advice in navigating entry into the industry.

“My first mentor loved the quote:

Life shrinks or expands in relation to one’s courage.

It inspired her to move from Latin America to Canada without her family for new opportunities. I’ve never forgotten it. When I was weighing entering game development and when I was deciding to move across country to work at Xbox, I held those words close to my heart and made the leap,” said Venessa.

As the first woman to lead the Xbox team in France, Ina’s main motivation is making gaming a diverse, safe and inclusive environment. With professional experiences in both the FMCG and gaming industries, she brings multi-cultural views and perspectives from various backgrounds to every discussion.

Melek is a former professional gamer and started her career at ESL. Hosting and moderating is second nature to her, both online and on the big stage. Her web magazine “Art of Gaming” for TV station arte was nominated for the Grimme Award in 2018.

Louise has been working in the gaming industry for over 20 years and loves making games that players remember. Starting as an animator, she has had the privilege of working on some of the incredible Rare IPs that players all over the world enjoy. Now she is looking after the team responsible for creating the studio’s new exiting IP: Everwild.

As Xbox Business Lead for Australia and New Zealand, Tania is responsible for driving the gaming platform’s business growth across the Tasman. Tania’s career spans 20+ years across roles in Australia and the UK from IT start-ups to managing Microsoft’s gaming, consumer software and office business through the retail channel.

Tania joined Team Xbox in 2008 in the UK and moved to the Australian business in 2011 driving Xbox’s subscription business, focused on subscriber growth and launching key app partners on the platform. Having also been involved in the success of multiple console generations and launches, Tania was announced as the Lead for Xbox ANZ in 2018 after a decade with the brand.

Register  for the Xbox Mentorship Program  at this LINK and receive the chance of accessing their coaching session. Submissions are accepted through April 17, 2022.

(And if you’re curious about the article in the New York Times, here’s the link)