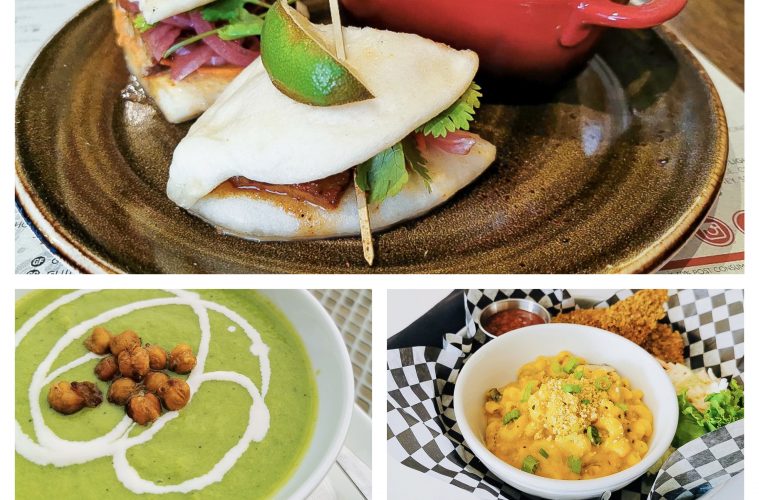 Where To Eat In Stratford This Summer 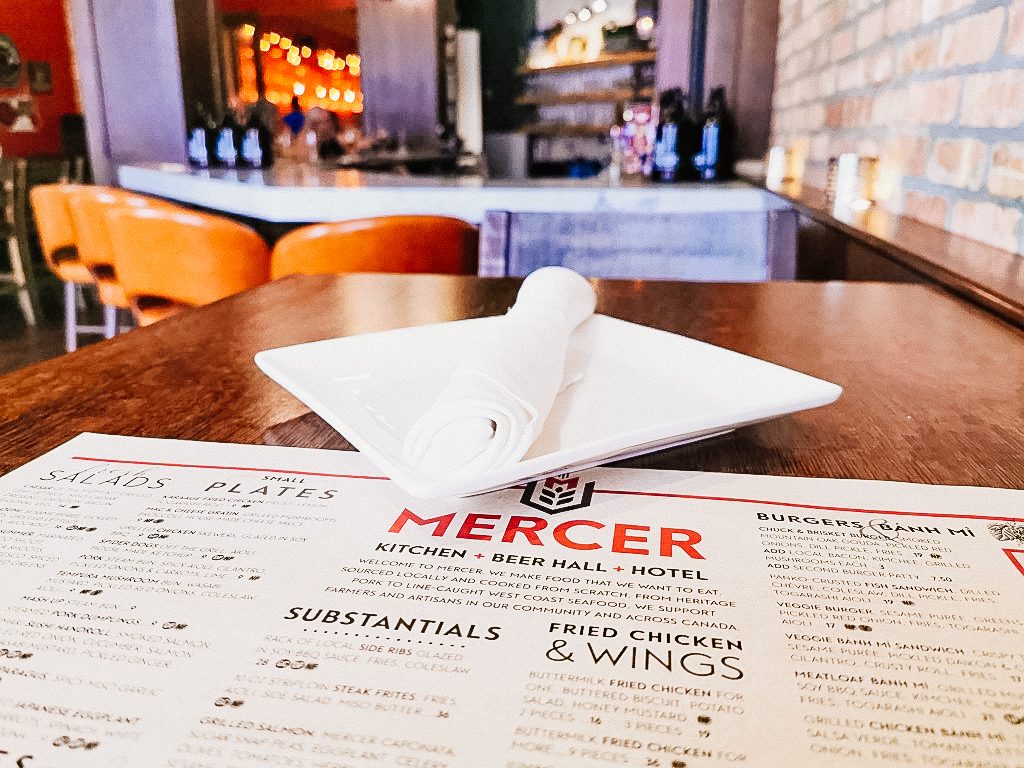 Mercer Hall is a restaurant, a beer hall and also houses a lovely hotel

As always, I am always on the lookout for the best places for a daytrip from Toronto. I just wrote about the Bench and now I will turn my attention to a place I love about 1.5 hours to the West. Let’s start with what matters most – where to eat with some of the places I am loving right now

For a town of just over 31,000 people, Stratford is overflowing with great dining options. I wrote about my favourite restaurants a few years ago and some of them are still there, like the great Italian restaurant, Pazzo and others, like Monforte, have , sadly, closed. That said, I was pretty excited to return for three days a few weeks ago to try out some new places and revisit a few old favourites to see what they are up to.

First of all, I just want to say that, again, in a small town like Stratford, one would not expect to find not one, but TWO vegan restaurants. Okay, Planet Diner bills itself as a place where “herbivores can bring their carnivores” but it’s 98% vegan and Grounded is 100% vegan. If that wasn’t exciting enough, both could not be more different so not only do vegans get to eat more than a salad BUT they get to choose between comfort, traditional diner fare at one and fresh, healthy, plant based dishes at the other. Have vegan poutine for lunch and then hop over to Grounded for a Bahn Mi or Thai Cold Noodles for dinner. You don’t even get that many options in too many neighbourhoods right here in Toronto. The extra added bonus with a cherry on top is that both establishments are run by women – Stratford still boasts a disproportionate number of women chefs and business owners, which only serves to up it’s awesomeness. 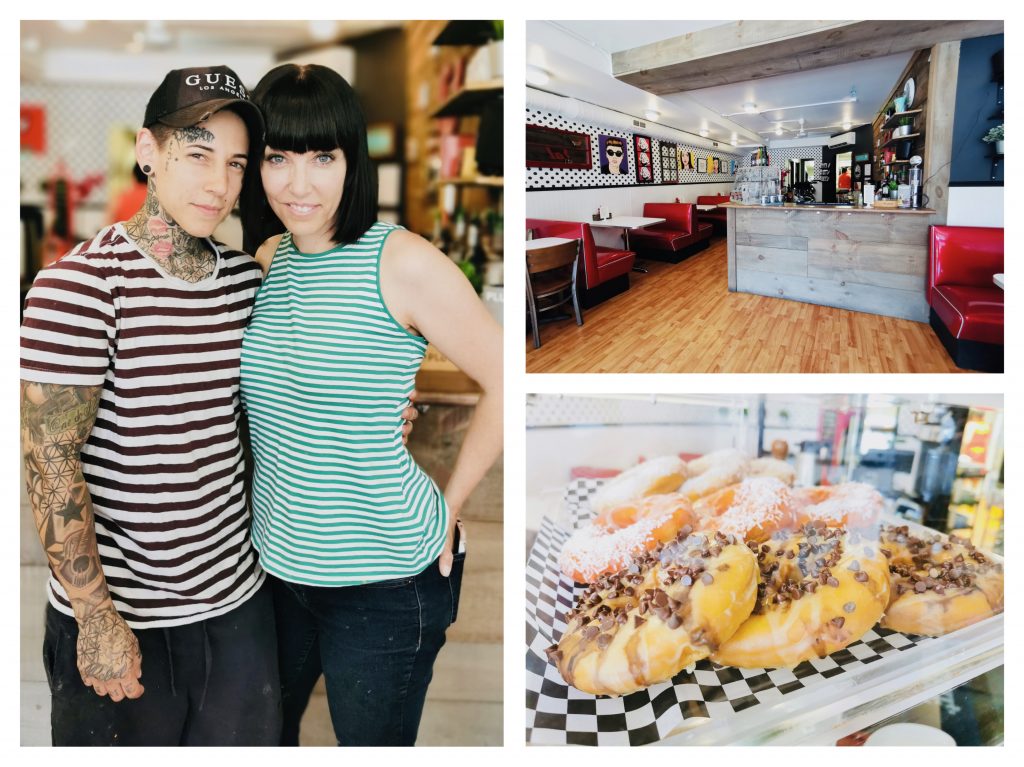 Planet diner is almost entirely vegan, has tons of gluten free choices and offers a pulled pork sandwich as well as several egg dishes with the option to add pulled pork to a couple of the salads. Owners Suzi Svetlana Christensen and her wife, Dee wanted to open a place where everyone can enjoy a meal together, regardless of dietary requirements and I think they have pulled off something really special. 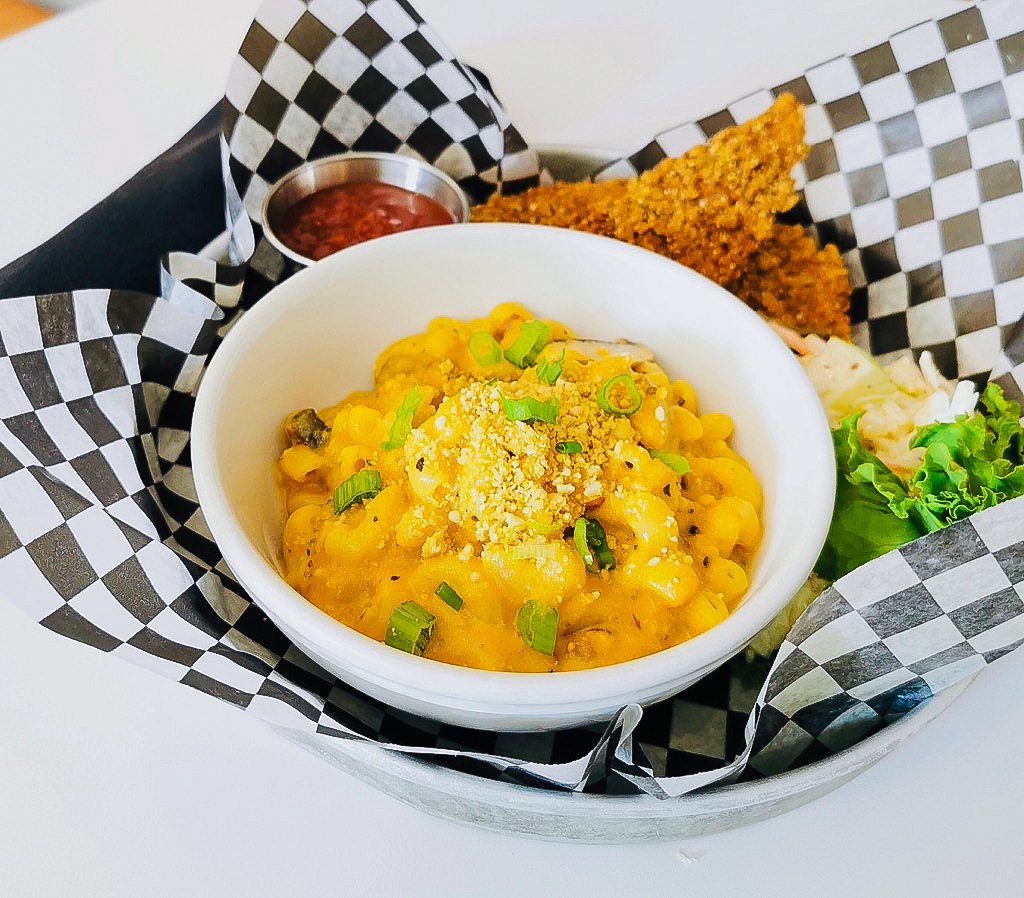 One of the things they are know for is their Chick’Un , a soy based faux chicken that they bread and fry, standing in for chicken strips in their Southern Combo. The combo also comes with a tasty bowl of vegan mac & Cheese and granny smith and cabbage slaw. The Chick’Un is also tossed in Buffalo butter and served on a warm pretzel hoagie and again, with waffles and maple syrup for Sunday brunch.

Desserts utilizing their cashew ice cream are served along with in house doughnuts and what vegan isn’t going to weep over a caramelized banana ice cream milkshake? 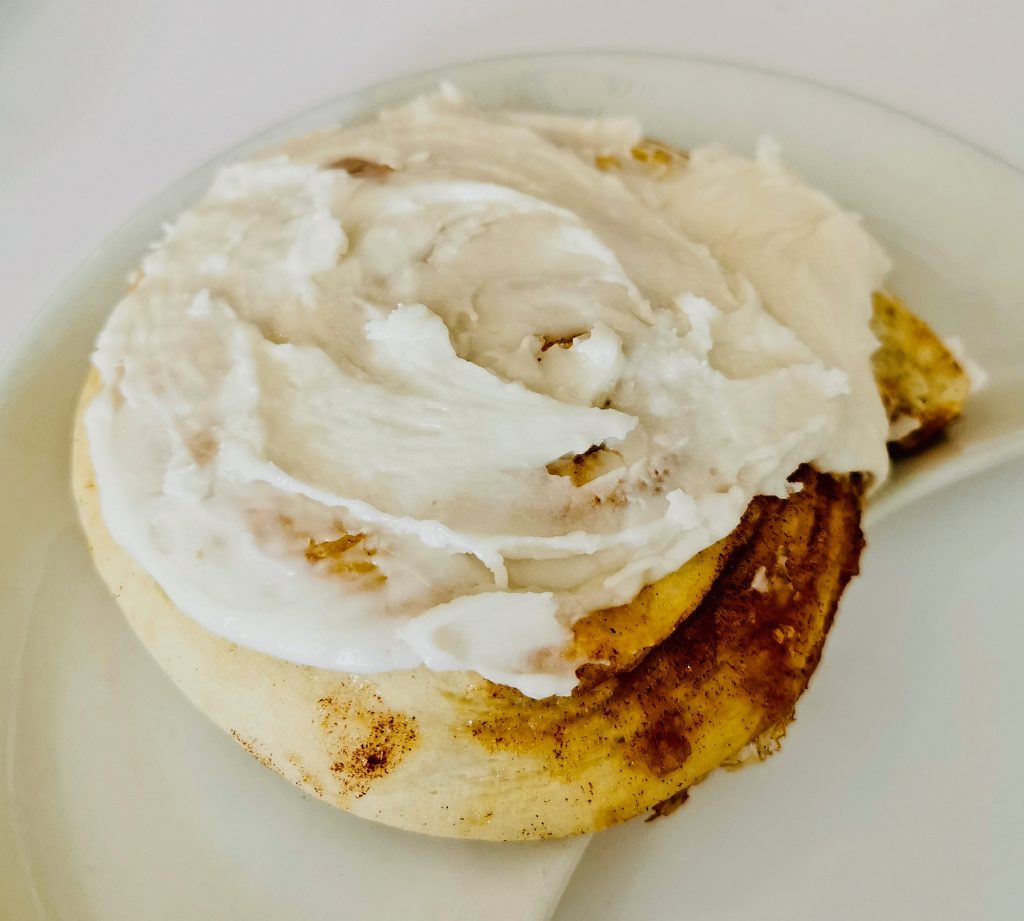 some sort of sorcery must be involved in this vegan frosting

Open Wednesday to Sunday from 11am to 8pm with Sunday brunch 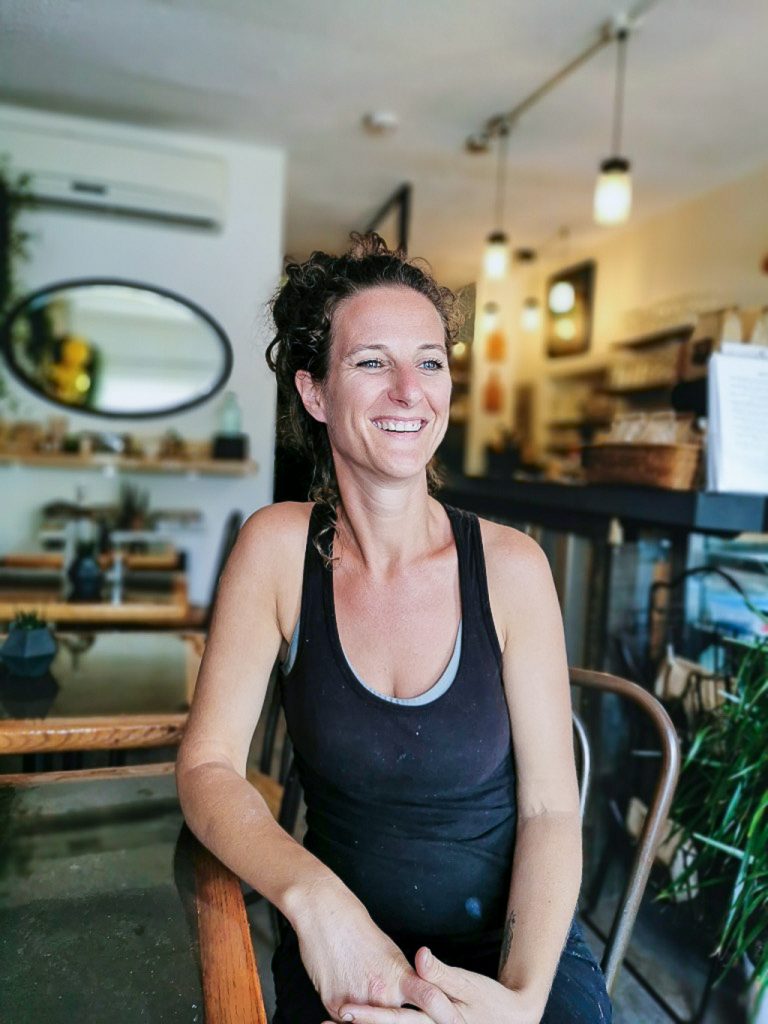 After studying nutrition and working in the culinary industry for years, Heather decided it was time to open up her own place where she could show that healthy food doesn’t mean sacrificing flavour. 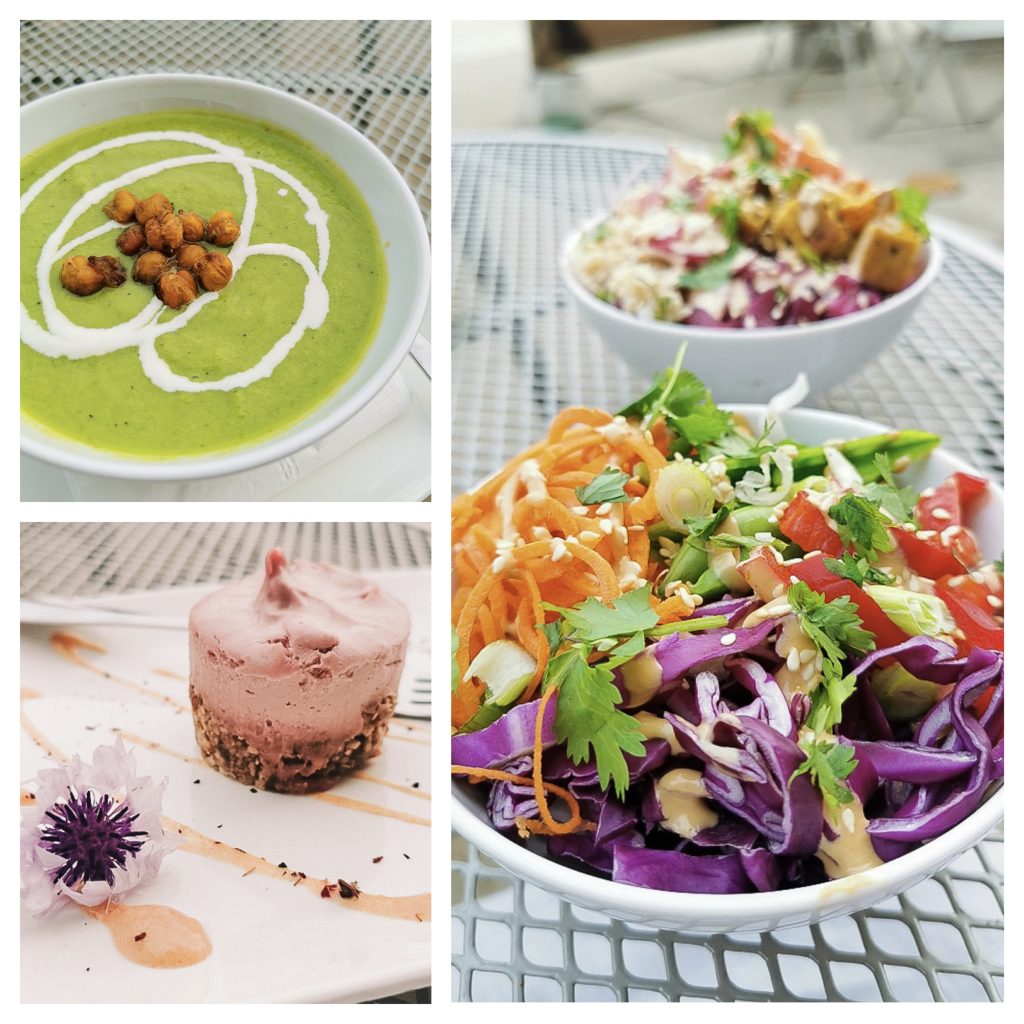 In her totally plant based cafe, everything is made from scratch, including a delicious chickpea tofu that pops up in a number of dishes. The menu is divided into “handhelds” which are sandwiches and tacos and  “bowls and forks” which is pretty self explanatory.  There are seasonal specials like buckwheat risotto and a daily hash as well as a daily soup and a generous selection of homemade vegan desserts. The day I was there, she served what might be the most delicious, spicy cucumber gazpacho that I have ever had. On Sundays, she serves up a substantial brunch menu and the restaurant is licensed with a small patio out front.

Next up are a couple of other places that I tried that I think you should know about: 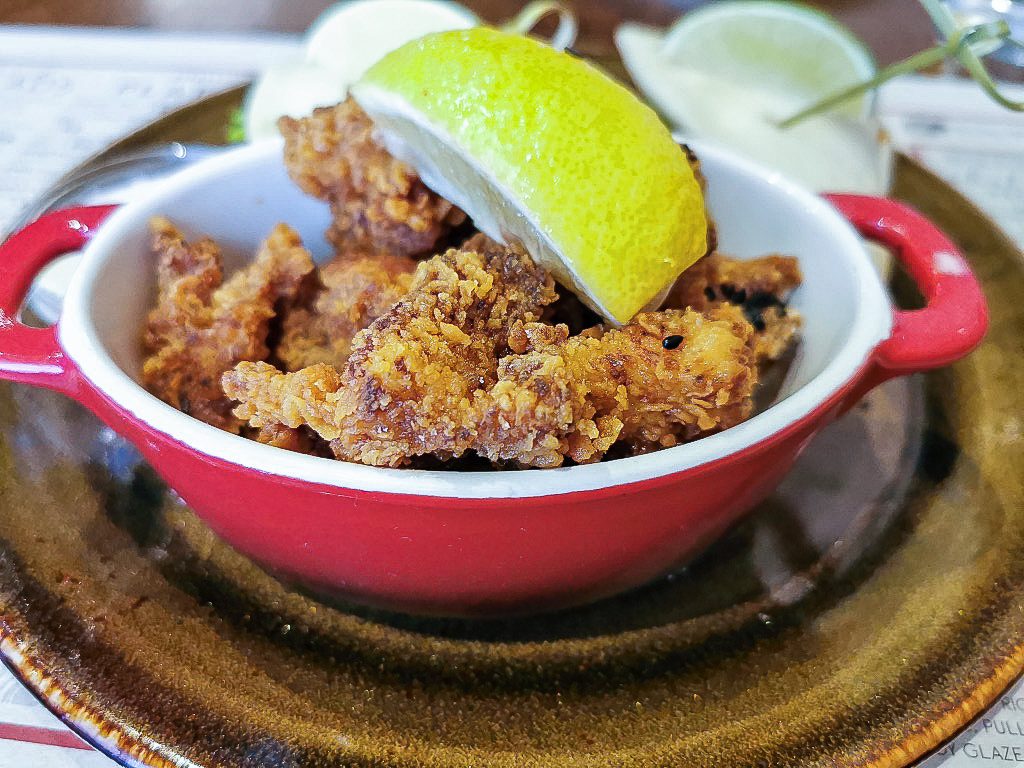 Karaage with lemon and togarashi aioli

I have eaten here a number of times but not since Chef Ryan O’Donnell took over. He  has changed the direction of the menu and combines elements of Japanese Izakaya with more traditional elements, so it kind of felt new to me.
The space is still really open and airy, with lots of dangly chandeliers and dark wood and a lovely, long bar. The chef sent out a tasting menu so that I could try more stuff since I was on my own, which was a nice touch. Everything was delicious but I was most surprised by the house smoked salmon because I don’t normally care for it but this was just kissed with a hint of smoke and the texture was velvety and soft. It was the first thing I finished on my plate, although the karaage did not last much longer.

Since they are also a beer hall, it stands to reason that they have a really comprehensive, ever changing beer list but they also have a nicely curated wine list as well as a decent selection of cocktails. 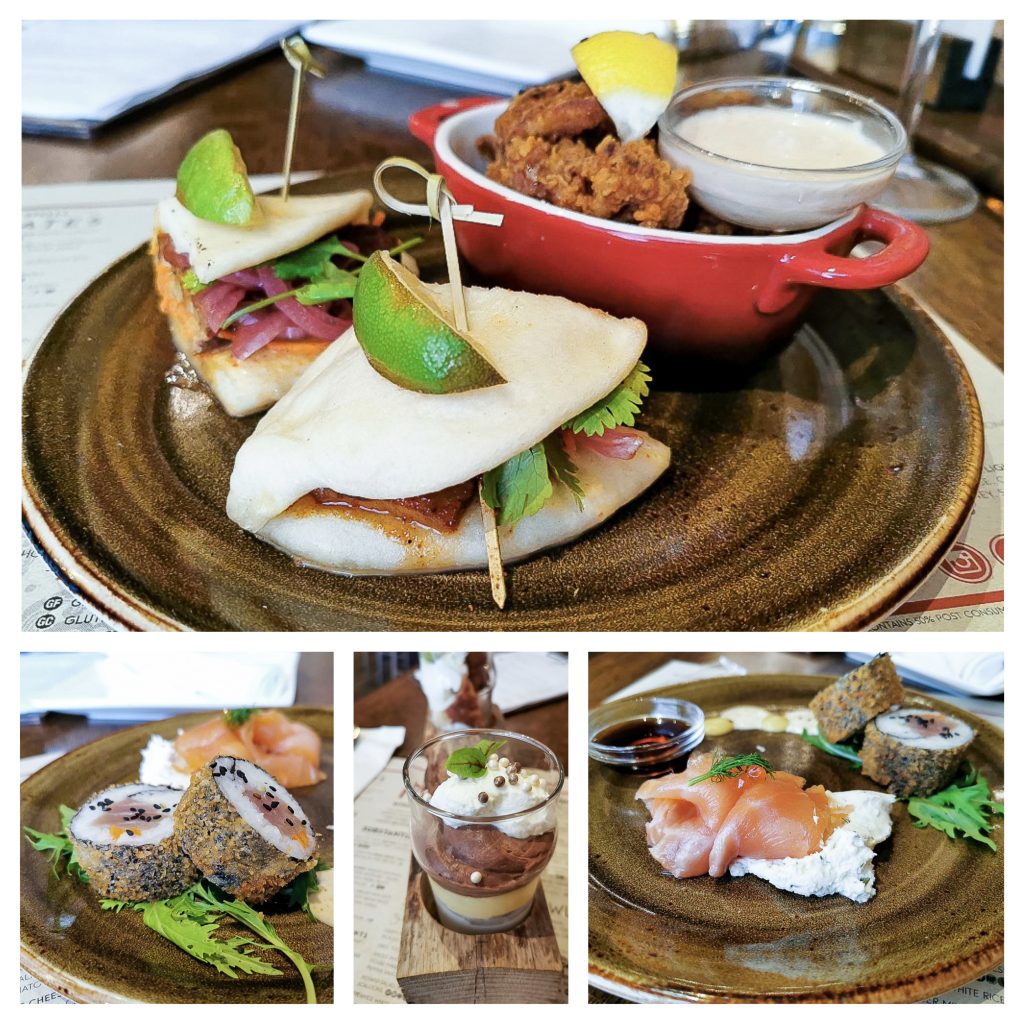 Tuesday/Wednesday/Thursday both are opened from 11am to midnight

Saturday kitchen 11am to midnight and beer Hall 11am to 1am 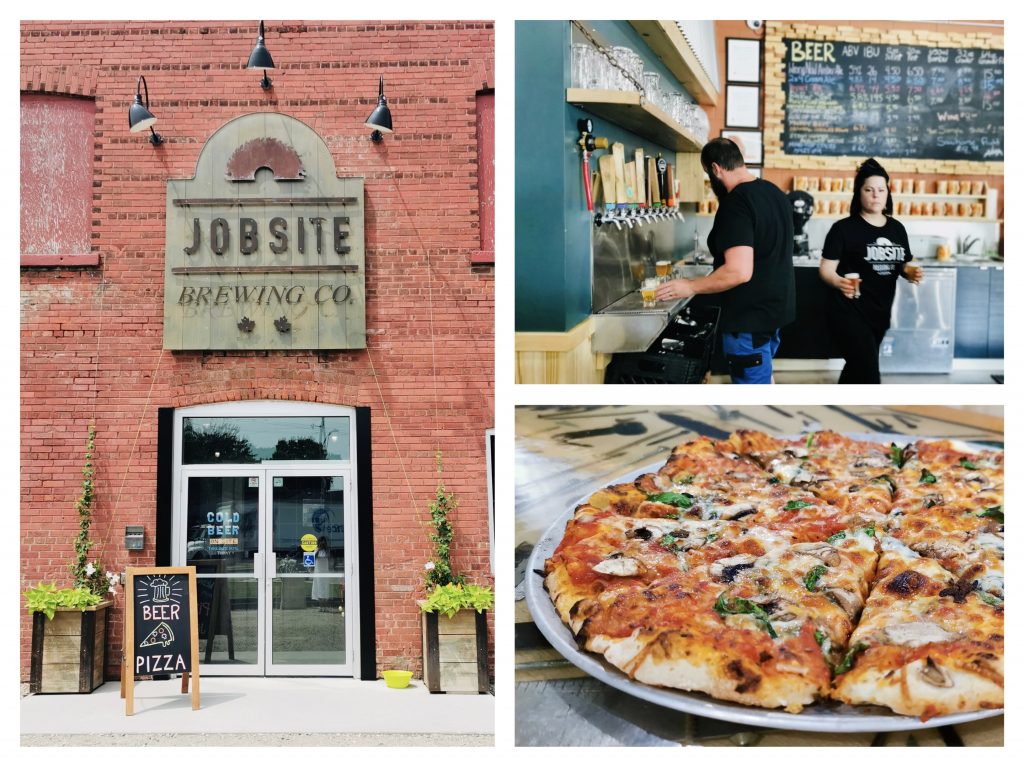 Grab a pizza and a beer

What do you get when you pair a couple of construction guys with a love of beer and a desire to create something from nothing? Jobsite brewing company, that’s what. Dave Oldenburger and Phil Buhler made the decision to open their own brewery while they were on a tour of another brewery – a copious amount of beer might have been consumed that day but when it still seemed like a great idea the next day, they just needed to do two things: find a location and teach themselves to brew.

Housed in a former lumberyard and attached to Junction 56 Distillery, this place is comfortable, homey and welcoming with a selection of great beers on tap as well as some interesting science experiments that are often available to those who know to ask. Now that they have added a wood fired oven, you can get a 10″ pizza for an informal, laid back lunch.

Wednesday 11am to 8pm

Thursday to Saturday 11am to 9pm 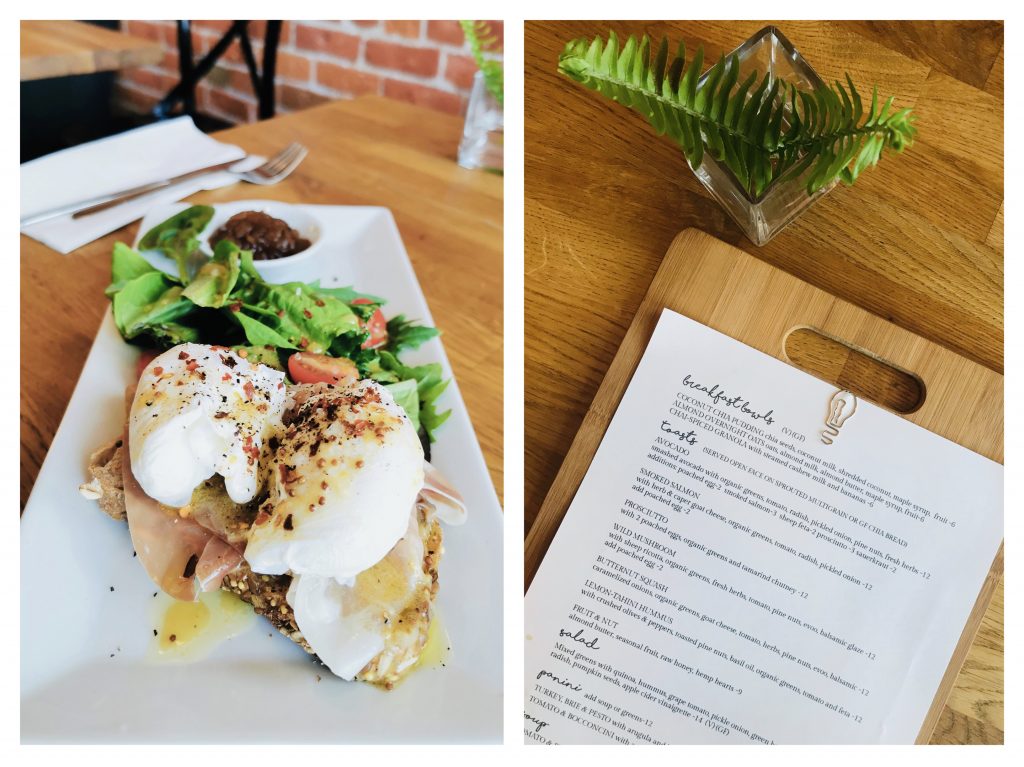 Owner/operator Buffy Illingworth whips up some ridiculously tasty breakfast and lunch dishes like that Proscuitto with 2 poached eggs and toast with some sort of magical mustard vinaigrette and tamarind chutney up there in the tiny kitchen. There are a bunch of other open face toasts, salad, paninis and a host of baked goods, made in house, if you want something a bit lighter. They also serve some of the best coffee in town as well as local beer and wine.

Tuesday to Sunday 8am to 5pm

Honourable mentions go to a few places that I just couldn’t fit in this visit but are totally worth checking out when you visit:

The Red Rabbit “A locally sourced restaurant, run by workers, owned by workers, shared by the community

Pazzo   Great Italian Tavern with a Pizzeria around back

The Prune    If you want some delicious finer dining, this place is still great

Okazu  Great Bar with late night snacks, Asian forward but only open from 5pm to 1am Wednesday to Sunday