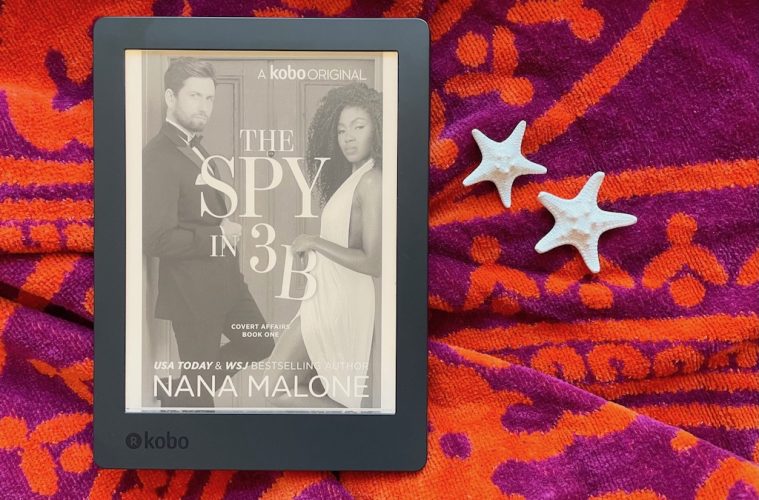 Have your cake and eat it too!: Talking romance and diversity with author Nana Malone

Bestselling romance author Nana Malone took the expression “be the change you want to see in the world” and ran with it, straight to the cover of her own books! Her Kobo Originals The Spy in 3B launched on May 25, and she not only wrote a really hot page-turner, she appears on the cover art.

The Spy in 3B is a fun spy caper featuring neighbours Lyra and Marcus, who are not only hot for each other, they happen to be rival undercover agents. Lyra is a kick ass heroine, with serious La Femme Nikita vibes, and her story is a sultry summer escape read.

I had a wonderful conversation with Nana Malone about representation and diversity in romance, what we can do to amplify the power of women of colour in the industry, and the fun she had on the set for the shoot for the cover. 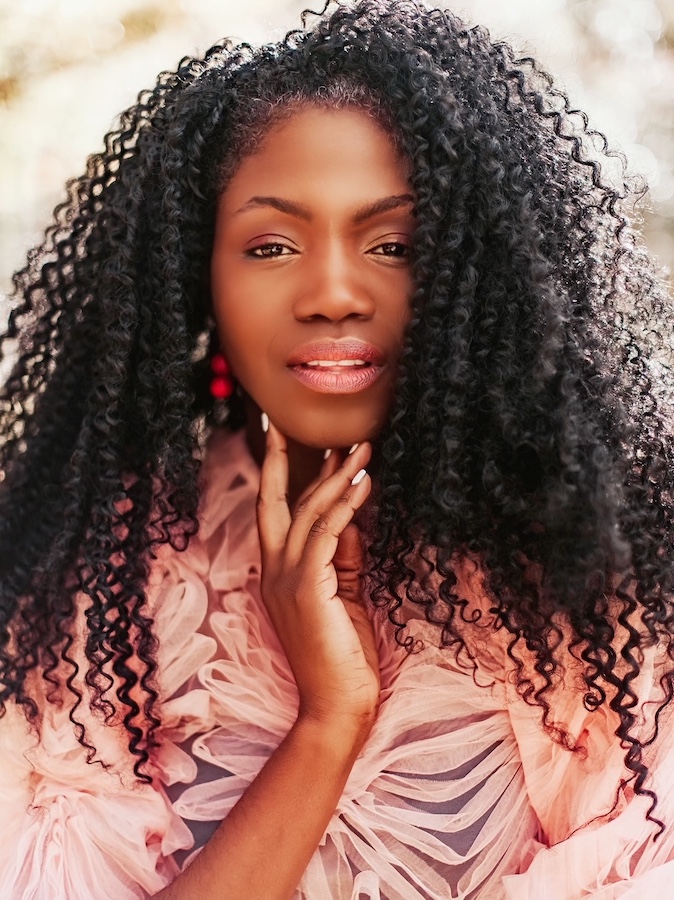 What are some of the conventions of the romance genre that you struggle with?

When I would open books as a young teenager, I would get to the good parts, and all of the nipples would be pink or dusky or rose, and the heroine was a blond, redhead or brunette. What it said to me as a girl was, “Oh, these aren’t for you. Women who look like you are not deserving of a prince or a rake or a billionaire.” If I could find a heroine who was Black, she was in a small town or an office. But where is the book where she gets the prince or the rake or the billionaire?
That’s what really prompted me to write. I want to write the girl who is living her best Black life. I am doing books where Black women get to be happy and marry a prince or be the kick-ass spy, all these things that I wish I had been able to see as a kid.

Being able to actually see the books is an obstacle in some cases, right? In Beyond Heaving Bosoms: The Smart Bitches’ Guide to Romance, the authors describe the problem of where romance written by Black women is shelved in bookstores. What was your experience?

When I was a kid, you’d go to the bookstore and go to the romance section and you would never see books by Black authors. Most of the bookstores would put them in the African American section, which is always at the back of the store, and then the two shelves for romance are at the tippy top of the bookcase. If you’re short, you’re NEVER going to see those books. Ever. You have to ask for a ladder, even to get to browse.

When I had my first Harlequin deal, and I looked for my books, they were in the back room. They hadn’t even shelved them.

You’ve gone from fighting for shelf space to appearing on the covers of your own books. How did you come to be the cover model for your own romances?

I had zero intention of ever doing anything like this when I started my writing career many moons ago. In romance most of us use stock photos, which are cheap photos for our covers. I decided to buy a custom photograph from the photographer Wander Aguiar, and then we met at an event, and he said, “I’m going to shoot you.” (See his work here: Editorial WANDER — WANDER AGUIAR :: PHOTOGRAPHY)

I’m from Ghana originally, but I grew up in New England, where there were not many brown people. In the environment where I grew up, I was never considered beautiful or attractive, so the idea that I would be a cover model? No thanks.

We became friends, and after a couple of years, he said he still wanted to shoot me. Wander and I had talked for a long time about how it’s nearly impossible to find a beautiful Black woman with dark skin in stock photography. You’ll find bi-racial models sometimes, but not many, and you never find romance poses that are intimate or that show the couples are supposed to be in love, and it’s the same models that have been out there since I first started looking for cover art over a decade ago. There are no fresh images.

My husband Erik said, “Well, you can talk about the problem and lack of representation and diversity, or you can solve it.” He knows exactly how to get me to do something!

Wander had a shoot, and I posed with several of his male models, but those weren’t for my own books. Those were for other people. I felt separate from it. I thought it was a one-time gig.

But it obviously wasn’t a one-time gig.

On Amazon, you load your author picture, and when people make a buying decision, they can see your face. A few years ago, someone asked, “Have you tried not putting your face on the point of sale?”

I’m not hiding. I’m active on social media. My face is out there. But at the sale moment, when I took my face away, my sales went up. It was a very weird position to find myself in. And when I put attractive white men on the covers, my sales went up, and I continued to do better.

Then last summer, the time came to redo the covers of my Royals books, and my publicist and I decided that it was time to go back to women of colour on the covers. I needed the women to be in ball gowns, and I needed them to be dark skinned. There was absolutely nothing to fit.

Nina, my publicist, looked at me and said, “You’re just going to have to do it.”

What was the experience like when it was for your own books?

It’s one thing to pose for someone else’s cover, to be part of the solution for other people. It’s another thing to do it for yourself. It’s terrifying because then it’s not about the book, it’s about you.

Wander reassured me, and it was all great. It did look amazing, and I felt amazing. And the photos came out great. And to my happy surprise, the books started immediately selling better.

At the same time that those covers came out, you were working to promote women of colour in the industry with your #BrownNippleChallenge. You are interviewing women of colour on Instagram and Facebook and amplifying their voices. How did that begin?

Last summer, I wanted to do more than protest in the Black Lives Matter movement. I wanted my daughter to see me doing something that would affect people in a sustainable way going forward.

A lot of publishers, agents and readers have said they do not want to read books with Black people in them. You hear that constantly and consistently, so I recognize that my taking space in the industry is already making a difference. But until you get people willing to read more authors of colour, there won’t be a change to diversity in the books.

You have an interesting classification for books about race. You call them the “eat your vegetables books.” Because of Black Lives Matter, a lot of people were reading the “vegetable” books on anti-racism, but that didn’t translate into more reading of romance by women of colour. Why?

The problem is, books written by Black people are always assumed to be “not for me” or to be difficult in some way. Don’t just buy a book to put on your diversity bookshelf. Be an ally by actually reading it.

Romance is vitamin-enriched cake! It’s fun! It’s joyful! It’s delicious! You’re going to meet some characters who don’t look like you, and you’re going to be ok.

That brings us to 2021 and the Kobo Originals commission. What was the photoshoot like?

It was like every princess fantasy, every make-over fantasy that you can imagine! I turned up in my jeans and sneakers, and they transformed me into this hot spy. The best part was, the make up artist had colours for me, which is a difficult thing. Any Black woman who has had her make-up done at a counter knows how hard this is. It’s taken decades for make up lines to have colours dark enough for me, and I’m not even that dark-skinned. I was so excited when Lupita Nyongo became the spokesmodel for Lancôme because that meant that they were going to have the full range of shades.

On the shoot, I came prepared. I brought my own shade, but the make-up artist said, “No, I got you.” And she did! She was ready! And I looked amazing. I felt like a goddess. I mean, I know I have cheek bones but do they really stand out like that?

The Spy in 3B, A Kobo Original can be accessed here

Welcome Note: We’re excited to have Nathalie Foy join our team of AuburnLane writers! Nathalie loves books, craft cocktails and forest bathing. If she’s not enjoying any of the above, you’ll find her in her garden.  Lockdown has been endless, the garden looks damn good. If you’d like to reach out to Nathalie send us an email at editors@auburnlane.com