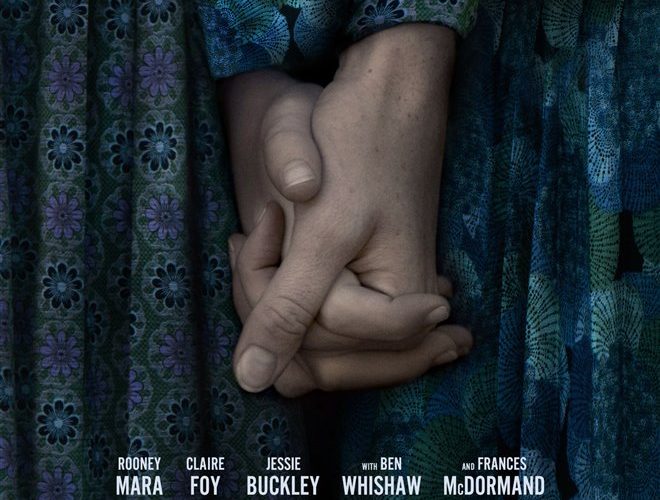 Sarah Polley has never shied away from difficult subjects. From her first, heartbreaking feature, Away From Her to her intimate biographical documentary, Stories We Tell, Polley is redefining her role as a film maker.

This is, literally, a film about women talking.

Women who, clearly, normally don’t have a voice, who are not listened to. Women who are not allowed to have opinions and ideas of their own. For 48 hours, they talk. They argue, they disagree, they laugh, they mourn, they share their thoughts and opinions and it’s glorious.

This group of women, living in an isolated religious community, struggle to come to terms with their faith in the face of a series of sexual assaults. They have been told that these “episodes” have been the work of demons or figments of their imaginations. Then one of them catches a male in the act and demand action.

To protect the men accused of this sexual violence from the rage of the women, the police are called.

Jail will be safer for the attackers but there is also a plan to bail them out. An ultimatum is given to the women of the colony. In 48 hrs the men, who are leaving to go to the city to raise bail, will be back. The women must forgive their attackers or be banished from the community and forgo entering the kingdom of heaven.

The women, illiterate by design, vote using drawings and marking their choice with an x. Do they forgive, stay and fight or leave on their own terms. In the end, the stay and fight and leave options are tied with equal numbers of x’s. Two families are chosen to debate and come to a decision for the rest of the colony’s women.

For the first part of the movie, you assume you are watching a period piece.

The hair, the wardrobe, the monochromatic colour scheme feel very turn of the century. Then you start to notice little things. Many of the characters are wearing what look like Birkenstocks. The sole male character spent time in England, going to university there, after his family was banished from the community. Little touches that indicate that this is not what it seems on the surface.

At one point, a truck drives slowly through the place with a loudspeaker, requesting that people come out of their homes and reply to the 2010 census. This is a modern tale of isolation, faith, sexual abuse, misogyny and strength.

Based on the novel by Canadian writer, Miriam Toews, the story itself is loosely based on a real event.

A decade ago in a Mennonite community in Bolivia, seven men used animal tranquilizer to drug and rape the women and girls in their colony. They ended up being jailed after 150 women mustered up the courage to testify against them. Like the Handmaid’s Tale, this story of religious, powerful men deciding the fate of women’s rights and their body autonomy, is disturbingly current.

What a treat to watch these 8 amazing actresses spend an entire film talking, raging, crying, changing their minds, opening up to the idea that they deserve to be safe. Two matriarchs, along with their daughters, granddaughters and a young cousin, work through their thoughts with the help of the sole male who stayed behind. He is tasked with taking notes during their discussion, making lists and witnessing this event.

I won’t tell you any of the story from here on.

It is a master acting class featuring some of the most interesting young talent as well as seasoned pros like Frances McDormand (also produced the film) and Sheila McCarthy. Rooney Mara is luminous as Ora, who serenely carries the baby of her rapist but is not willing to blindly follow her faith. Clair Foy simmers with rage as a mother willing to do anything to defend her child. Jessie Buckley’s Mariche is also full of rage but on the opposite side of the debate.

Women Talking is Polley’s first film in about a decade. After suffering a debilitating concussion in 2015, Polley spent more than 3 years suffering the side effects. She has also had three children during this time, which has further informed her ideas about life and film making. Although the film is very much about trauma, she manages to infuse it with joy, hope and faith. She also manages to rage against patriarchy while somehow, respecting the faith and beliefs of the characters.

This film might make a lot of men uncomfortable, but I hope they will see it anyway. This discussion the characters have are not just about their situation. These are universal issues that continue to affect all of us and we need to be less afraid to face them.

Women Talking will open in Toronto for an exclusive run at the TIFF Bell LIghtbox on Dec 23. The film will run in additional locations in Janurary