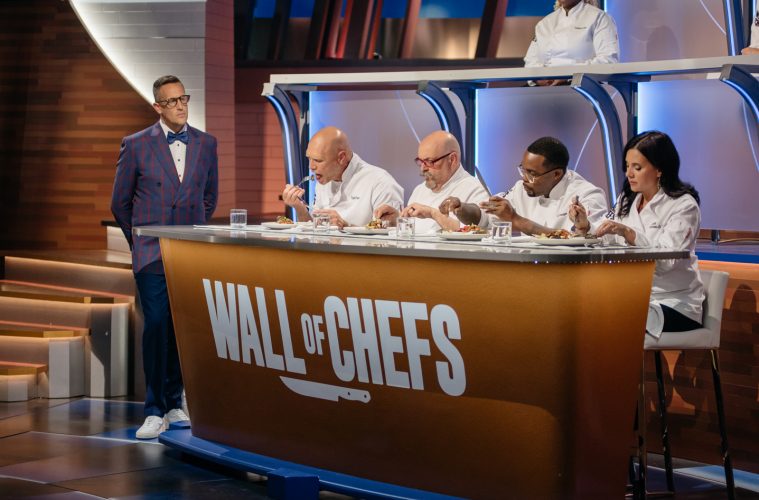 Why we love Christa Bruneau-Guenther from Wall of Chefs

Christa Bruneau-Guenther never envisioned she would be a judge on a Food Network Canada television show. But, when Wall of Chefs came calling, well, the rest is history! A home cook herself, Christa studied the talents of her fellow Wall castmates to hone and learn her early culinary skills. Now, as the owner and Chef of Winnipeg’s destination for Indigenous eats Feast Café Bistro, Christa’s made a pledge. She endeavours to provide gainful employment to those at-risk in this west-end pocket. Then there is the stream of devoted fans who travel from all over the world for her creative dishes.

Everyone has an appetite for Indigenous learning and there’s no better way to learn about a culture than through food. With Christa’s success in Winnipeg vaulting her to the centre stage, this second season of Wall of Chefs promises to be inspiring and educational.

Get to know Chef Christa

Bruneau-Guenther’s path to culinary is truly remarkable. A career in childcare, operating a holistic Indigenous daycare that provided support to inner-city children and their families was how she started. That evolved into a deep dive on Canada’s Food Guide and the lack of inclusion of Indigenous ingredients and techniques. Channelling her own Cree and French Métis roots led Christa to library after library, seeking recipes and knowledge to expand her own repertoire. The search was on to develop a program that was more diverse for her daycare.

In Her Own Words

“I grew up eating pickerel and moose meat, but that was the limit of my own knowledge on Indigenous food. When Canada’s Food Guide for First Nations, Inuit and Métis People came out I was seeing a lot of ingredients that I hadn’t heard of or hadn’t tried myself. All these various herbs and medicines, I had major curiosity. I started incorporating those ingredients I could find locally in the grocery store into my program. It was during that time that for myself, staff and the families we served, learning about traditional cultures and food, and understanding the history, it was like we had the cure for cancer. “

Crafting hundreds of recipes along the way, Christa consulted Elders to further her learning. That led to her sharing her talents with the community. From youth at group homes and those in need in Winnipeg, Christa found her passion. She began developing recipes that celebrated her own Cree and French Métis roots. Think lasagna but with moose meat, or a Thai dish made with squash and beans instead of basil.

When a west-end building reached out with a vacant space asking her to open a cafe, Christa immediately declined. “I had never owned a restaurant, hadn’t worked in one in years and I knew how much work it was. I did some research and realized that there was only a handful of Indigenous restaurants in the entire country, this is the land of the First Nations people, and to know there’s only a handful of restaurants promoting the history of our ancestors, the land, and the people and the food and the culture. I wanted to give people that experience,” says Christa.

Inadvertently, she found herself at the helm of a new restaurant. Fortunately, Christa had her foundation of recipes to support a menu and the response has been beyond encouraging. And she’s still learning, believing that the hallmark of any good Chef is to never stand still. Instead, Christa’s utilizing the teachings and expanding her horizons seeking out traditional ingredients to further enhance the cultural connection at Feast.

The opportunity to share the stage with Chefs like Lynn Crawford, Mark McEwan and Christine Cushing was humbling . As you can imagine, shooting during a pandemic certainly had its challenges. They found that leaning on each other, both from a business and culinary perspective, was massively important. While clearly starstruck by a few of her mentors, Christa says the real inspiration comes from watching these home cooks. The way they level up right before the judge’s eyes was amazing to behold.

“It’s a real blessing to be able to connect with these home cooks. Some of these home cooks will go on to open a restaurant, and that’s how I got my start, same with Chef Nuit. You don’t have to be a trained chef or go to culinary school to make a go in hospitality,” says Christa.

If you missed the first episode, you’ll definitely want to catch up before the next episode. Stream full episodes on FoodNetwork.ca and set your PVR for Monday nights at 10pm EST on Food Network Canada, or STACKTV.