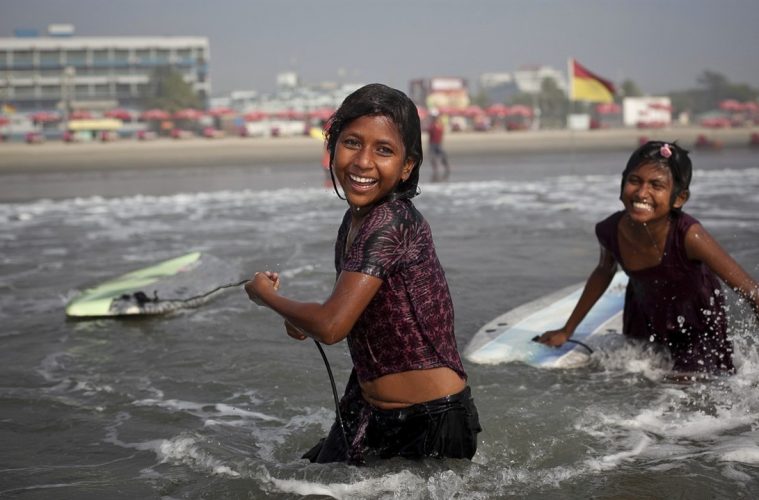 Many of the world’s film festivals have shifted to online for viewing. Although I miss the excitement of sitting in an audience for a film premiere and getting first hand reactions (okay, and I miss the theatre popcorn), online has given me more opportunities to view films right in the comforts of my loungewear. The Hot Docs Canadian International Documentary Festival is my hands-down favourite festival for thought provoking and inspiring films. The 28th edition of the Hot Docs Film Festival takes place from April 29 to May 9. It will feature 219 films from 66 countries all available online VOD through the Hot Docs at Home platform.

I’ve always been drawn to documentaries and the stories of people, places and things. Some are uncomfortable, some are jarring, some are entertaining, and many are curiosities – they range from the simplest pleasures to the most advance look at where technology is leading us. Here are a few titles that are on of my first round picks from this year’s line up…

If you could live forever, would you? Technology is pushing the possibilities of digital cloning and this documentary shows an equally fascinating, shocking and heartfelt look at the future of immortality. Inspired by the transhumanist movement and by the filmmaker’s own reality of her father’s progression with dementia, this film dives deep into the possibilities. Included are interviews with mindfulness guru Deepak Chopra, scientists, and researchers. 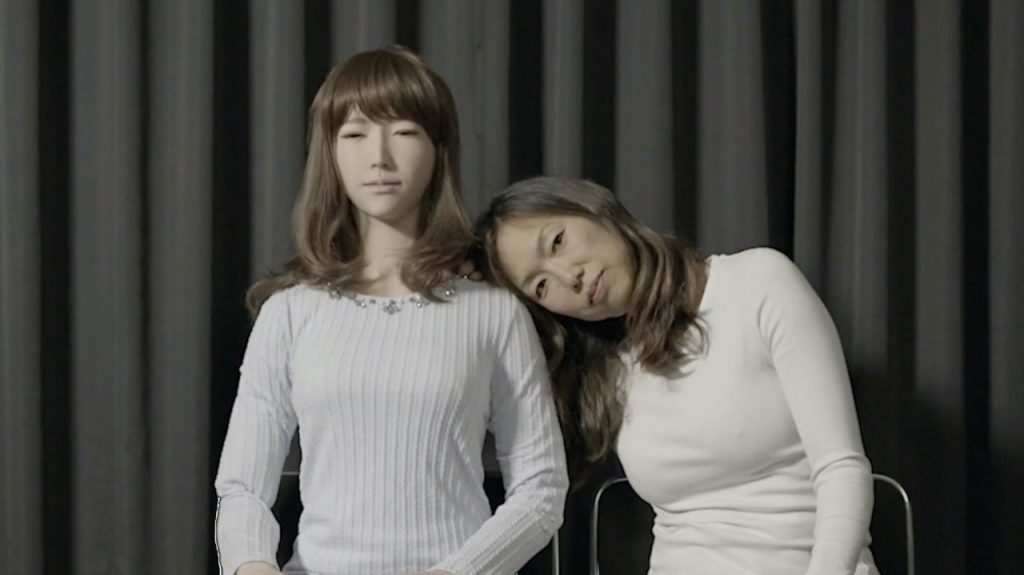 Street Gang: How We Got To Sesame Street: directed by Marilyn Agrelo, USA (2021), World Premiere

Original cast members and show producers, musicians, writers and researchers offer an enduring look at the legacy and behind the scenes view of the most influential children’s show in history. Using footage captured from right from the beginning this documentary will fill your heart.

Singer-songwriter and international recording artist Jully Black and Cheryl Thompson, author and assistant professor, School of Creative Industries, Ryerson University, join the director in a timely, thought-provoking discussion about the cultural shift in beauty standards towards Black aesthetics and features, and how this impacts our understanding of race, power and construction of beauty. 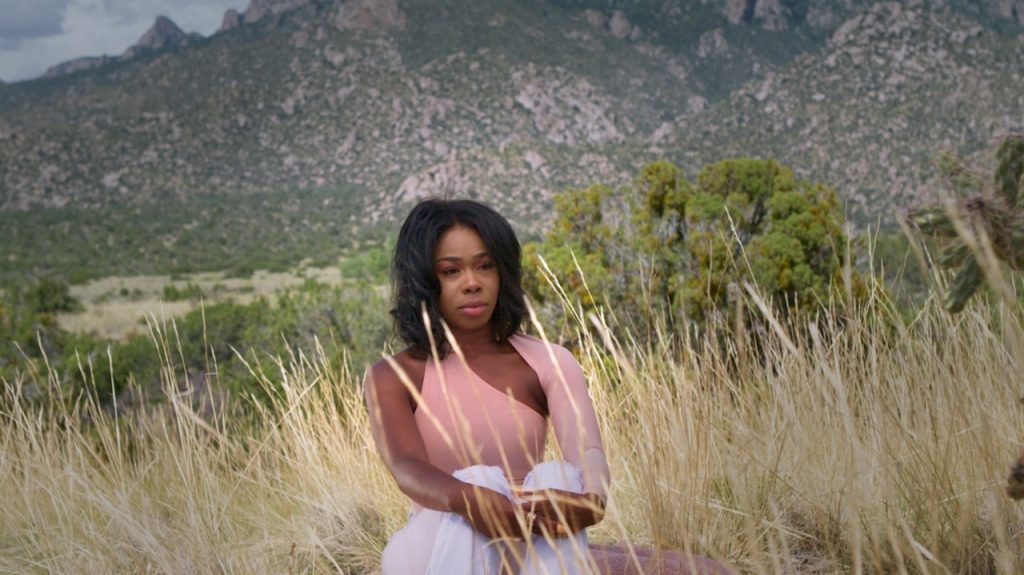 How controversial can one basketball team of eight-year-olds be? With an unorthodox coach and training method, a tight-knit group of empowered Icelandic girls demand to play against boys and call time out on patriarchy. 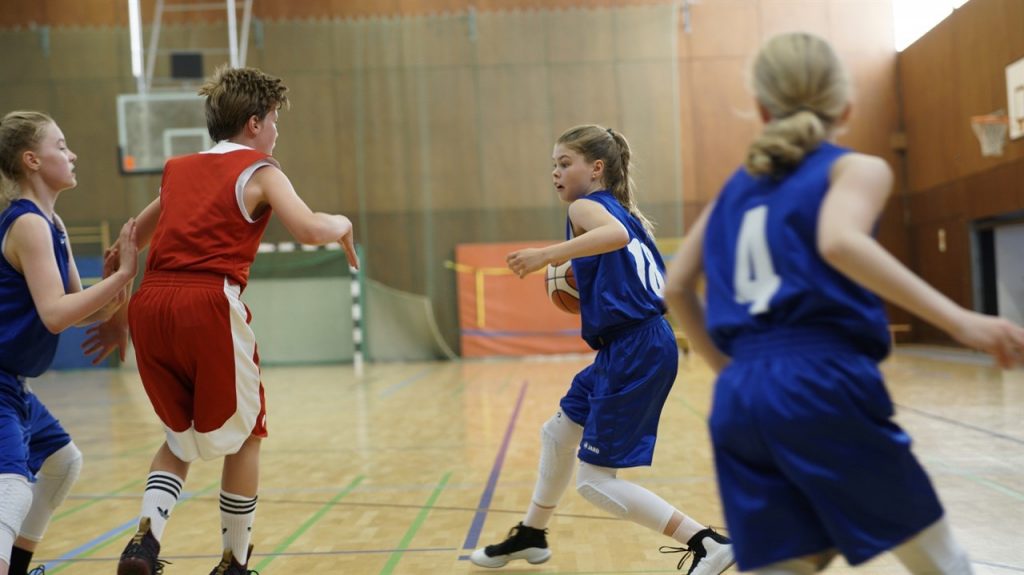 Experience a year in the life of self-taught Japanese ramen master, Masamoto Ueda, who considers his legendary noodle shop more than just a livelihood but his life, and his die-hard customers more than just regulars, but true friends.

Fresh from the village, two new hires at an all-inclusive resort on the Turkish Riviera are confronted with the absurd excesses of tourism. Their eagerness to engage quickly turns to indifference—and eventually self-interest—after one too many guest complaints and foam parties.

In this poetic trip around the world, the oyster acts as metaphor for life’s passions and frustrations, linking stories of a New York burlesque dancer, French Michelin-starred chefs, a Swedish oyster diver, a Japanese pearl maker and a terminally ill English psychologist. 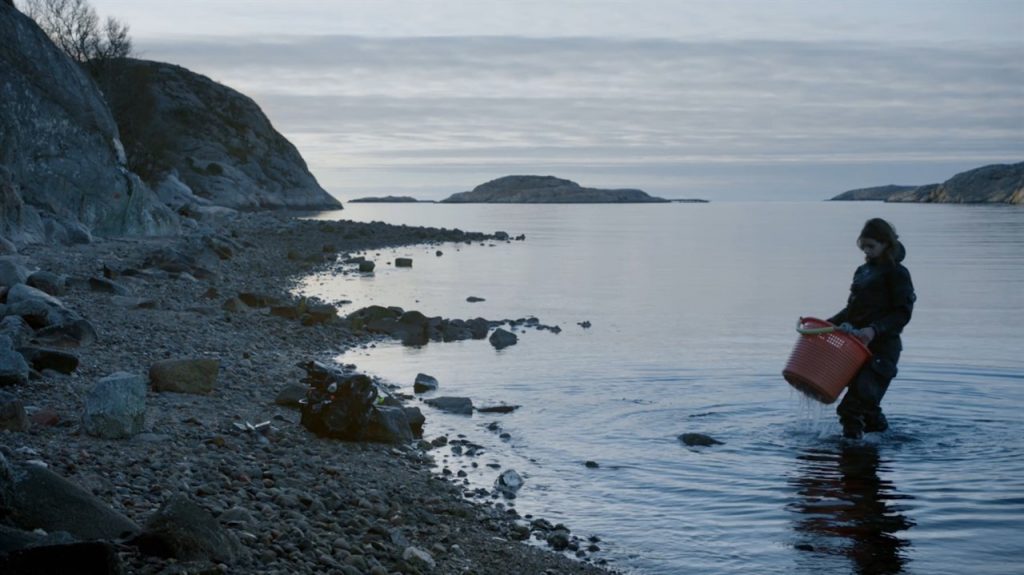 Fighting for social justice in Chile, democracy in Hong Kong and the environment in Uganda, three young women cope with the staggering personal impact of frontline activism, weighing their own fear of failure and the price of resistance in pursuit of change.

This experimental essay resurrects the political imagination of the iconic deaf-blind author Helen Keller, a passionate socialist and disability rights advocate whose radical views, while largely suppressed or sanitized over the years, remain remarkably pertinent today.

Ferocious female rockers Fanny shattered glass ceilings in the ’70s, collecting fans like David Bowie before being buried in retro record bins. Fifty years later, they reunite with a new record deal and a chance to rewrite history. 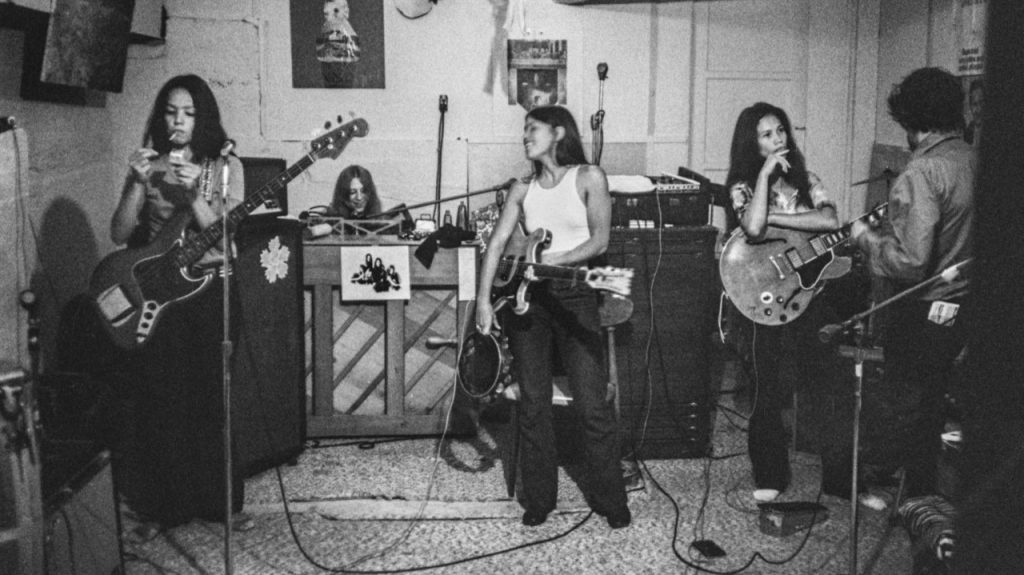 Love It Was Not: directed by Maya Sarfaty, Israel Austria (2020), Ontario Premiere

Fascinating witness accounts and meticulous research investigate the unfathomable relationship between a beautiful Jewish prisoner and an SS officer at Auschwitz. Thirty years later, the truth comes for them both at his 1972 war crimes trial.

Recently retired European women flock to Luxor, Egypt, in search of sun, sand and love from local men interested in money and security, in a modern love story that blurs the boundaries between romantic and business affairs. 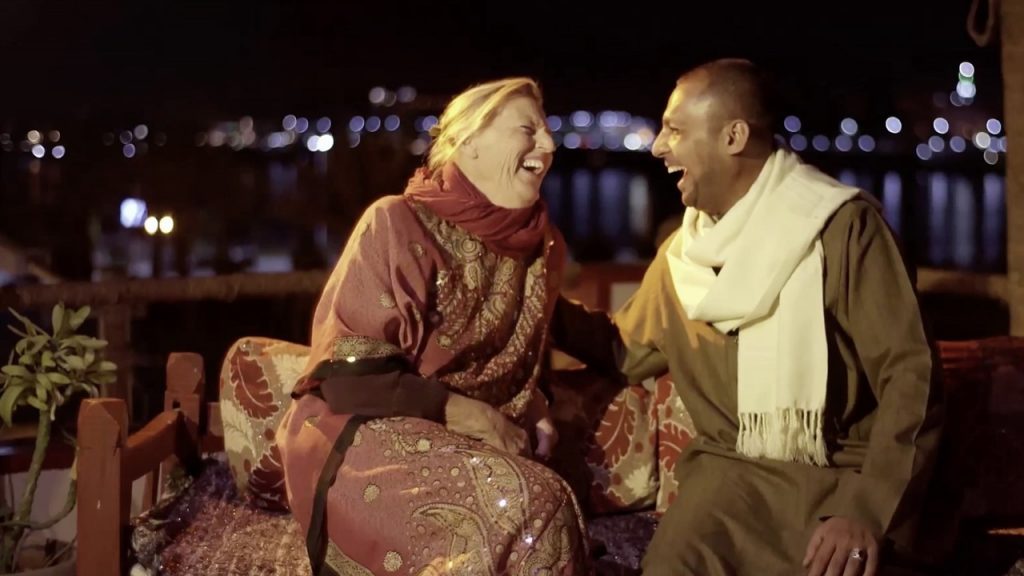 An affair, a secret, a relationship on the verge of melting down—a simple box of cards posing questions on love sends three Polish couples on a deeply personal journey that unravels both tender and difficult truths.

In this gorgeous cinematic letter from the director to her hometown of Wuhan, ordinary human activities unfold against an evolving urban landscape, sculpted by nature and rising infrastructure, composing a series of surprising and poetic set pieces.

After leaving an abusive husband, Sonya returns to Newfoundland’s stunning but remote Fogo Island with her two sons, determined to raise them to be good men in the only place she knows how, despite having fled from it years before. 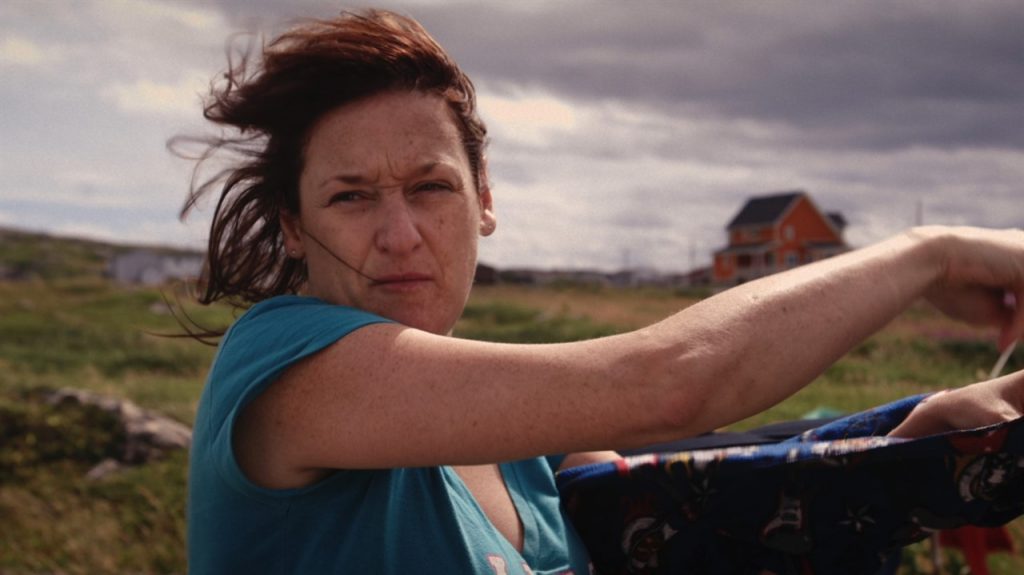 It’s Not Over Yet: directed by Louise Detlefsen, Denmark (2021), World Premiere

Inspired by Florence Nightingale’s methods from 150 years ago, a small Danish retirement home deploys a controversial new treatment for dementia patients. With hugs, conversation, eye contact and cake, they shift the focus from pharmaceuticals to care.

Through the Night: directed by Loira Limbal, USA (2020), Ontario Premiere

Working multiple jobs, desperate to make ends meet for their families, two New York mothers drop off their children at a 24-hour daycare centre run by a woman that binds the neighbourhood together. 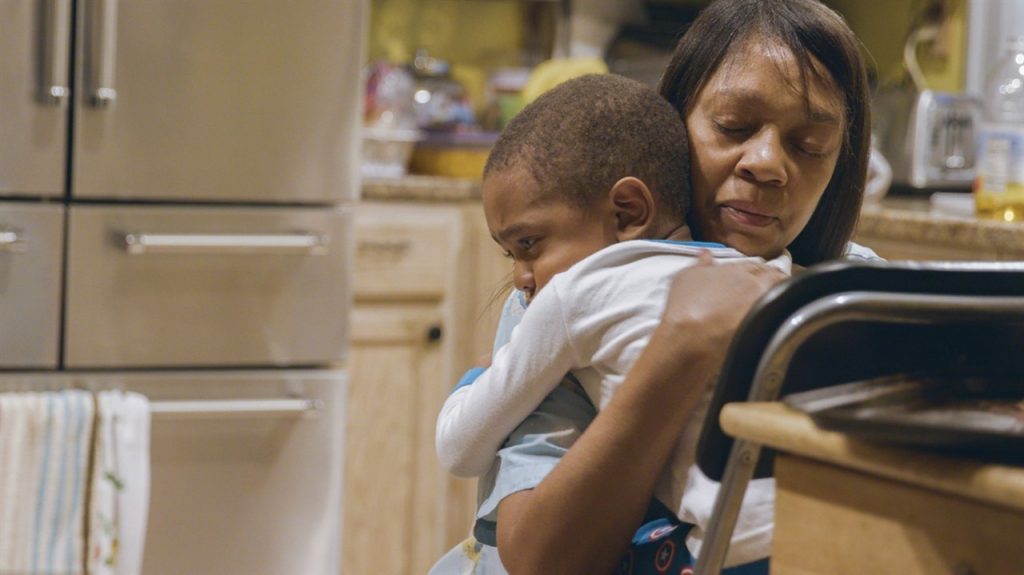 In picturesque Provence, tourists and art lovers flock to the atelier of Post-Impressionist master Paul Cézanne. There, in a meditative space frozen in time, his methods and artistic legacy are not only seen, but felt. 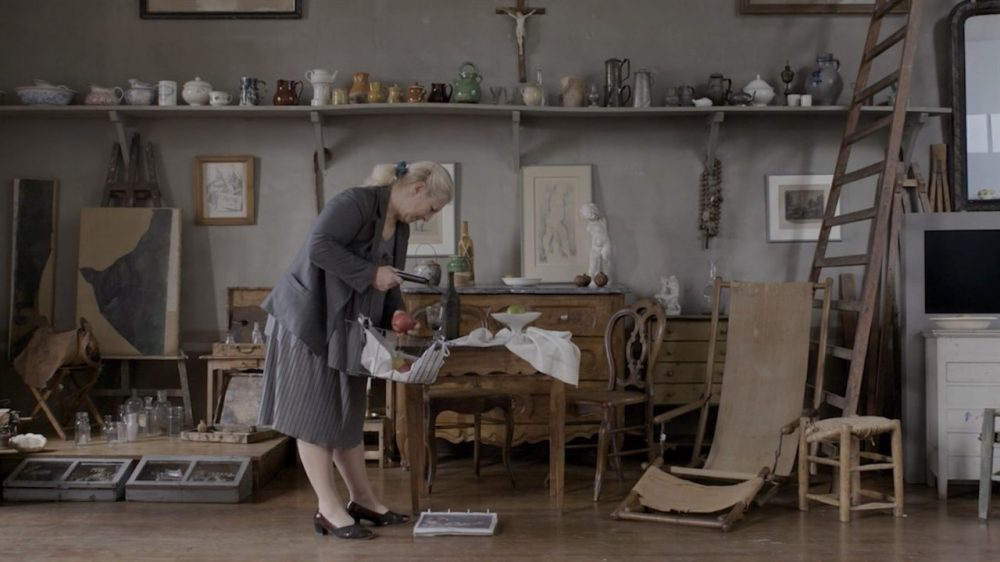 Nanfu Wang’s (director of One Child Nation, winner of Sundance’s Grand Jury Prize) searing investigation into COVID-19’s origins and spread exposes not only a global crisis of misinformation, but the leadership that misled the world about a still-unfolding emergency.

From a Latinx LGBTQ activist to a Black Catholic school principal, six small businesswomen hit California’s newly legal cannabis trade. But as aggressive regulations bogart the market, can they each keep their green American dream alight? 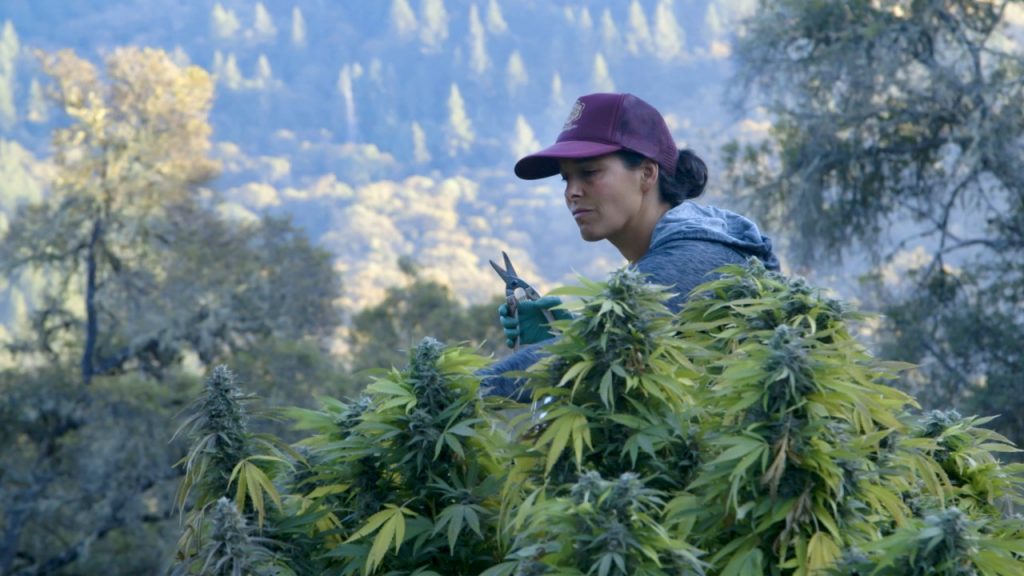 For more information about the Hot Docs Canadian International Documentary Festival, full line up of films, and tickets, visit hotdocs.ca

NOTE: all films are geo-blocked to Canada. From the moment you start streaming, you have 48 hours to watch your film.