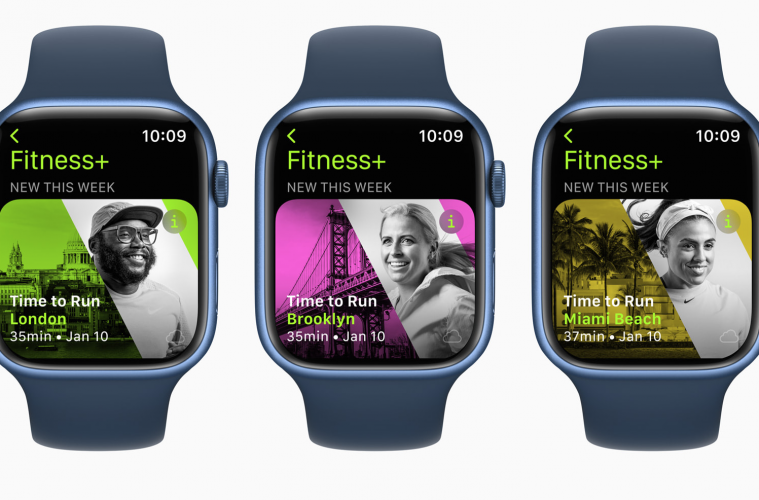 I’ve been a fan of Apple Fitness+ workouts. Molly Fox, Jessica Skye, John Gonzalez, and Kim Ngo are a few of my favourite instructors for yoga, core strength, and even dance moves! I also have enjoyed the Time to Walk series which is no secret here if you follow my social feed. Each well thought out session has inspired (and often entertained) me to walk farther, longer, and faster even before the pandemic began. Now I’m looking forward to the third season of interesting guests. Apple Fitness+ announces the roster of their latest guests to the series along with a few other exciting launches designed to keep us moving. Ready? Here is what’s NEW and coming up starting January 10! 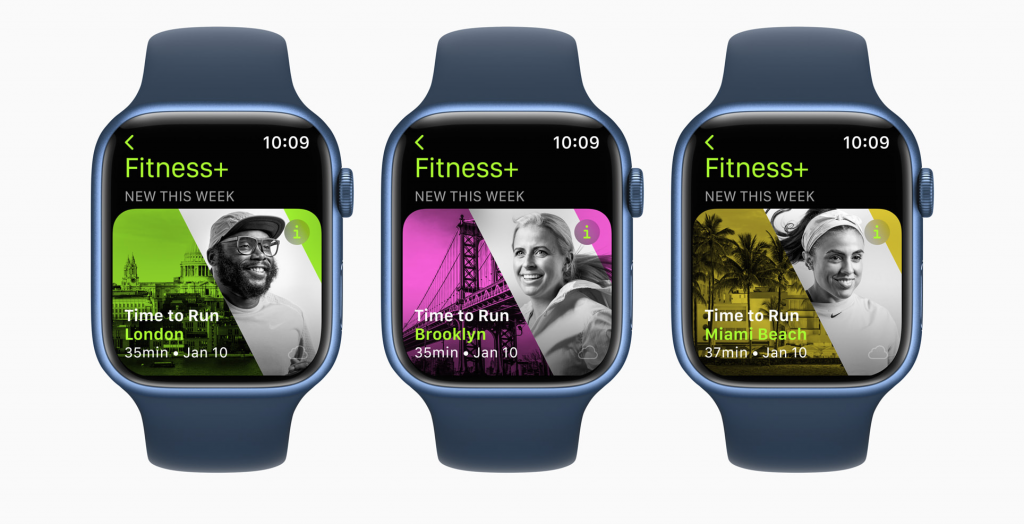 Fitness+ will introduce the third season featuring some of the world’s most interesting and influential people, who share stories, photos, and music with Fitness+ subscribers. Time to Walk has featured 41 guests to date. People like Dolly Parton, Anthony Joshua, Jane Fonda, Randall Park, Camila Cabello, Naomi Campbell, Ruby Bridges, Dr. Sanjay Gupta, Bebe Rexha, and many others. For example,  His Royal Highness, Prince William, closed out the second season talking about the importance of keeping mentally fit.

As the series begins its third season, new guests will be added each week. Starting January 10, users can walk with actor, writer, and producer Rebel Wilson. She recalls an acting lesson that, subsequently, became a great life lesson, and how an unexpected connection provided comfort after she lost a loved one.

Some of the additional Time to Walk guests in Season 3 will include: 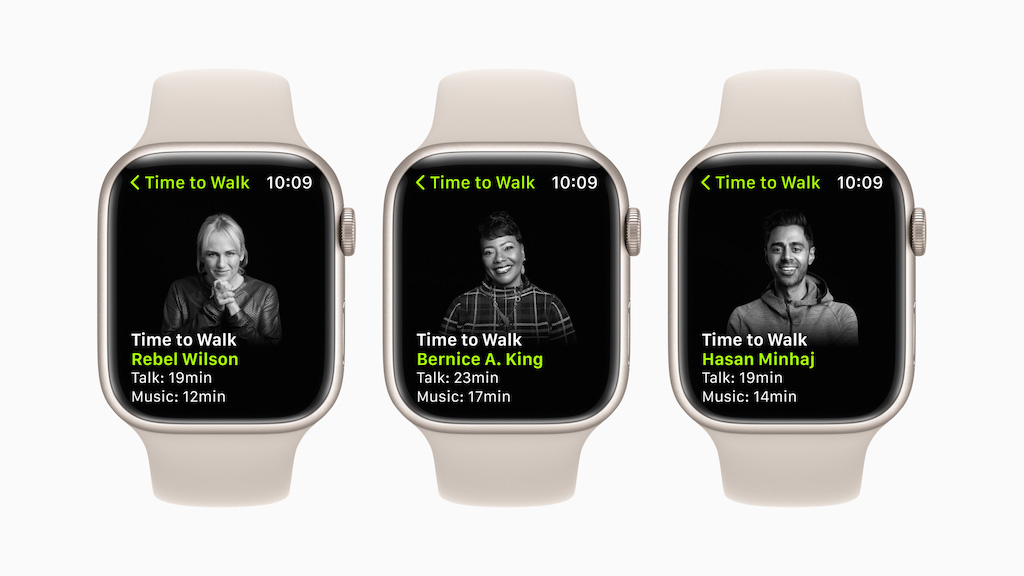 Fitness+ will also introduce Collections, a curated series of workouts and meditations from the Fitness+ library organized to help users reach their goals. The series will draw from almost 2,000 studio-style workouts and guided meditations available in Fitness+. Collections will provide users with an entirely new way to get motivated as they begin their next workout or meditation. They will also include a suggested plan to help users make intentional training choices over the next several days or weeks.

The following six Collections will be available at launch:

Running is one of the most popular activities that can be done anytime, anywhere, with benefits like improved cardio fitness, a better mood, and stress relief. Time to Run on Fitness+ is a NEW audio running experience designed to help users become more consistent and better runners. Each episode focused on a popular running route in some of the most notable and iconic locations.

Every episode is composed of inspiring coaching tips led by one of the Fitness+ trainers users know and love. Emily Fayette, Jamie-Ray Hartshorne, Sam Sanchez, and Scott Carvin, as well as one new running trainer, Cory Wharton-Malcolm. As he embarks on running adventures all over the world, Wharton-Malcom is renowned for championing inclusivity in the running community, completing his first marathon in 2007. His lively coaching makes even the hardest run feel playful.

Each episode also features motivational and energizing music, with playlists curated by the Fitness+ trainers. The playlists are designed to match each run’s intensity, location, and coaching, capturing the spirit of the city where the run takes place. For example, the playlist for Miami Beach features Latin music inspired by the vibrant sights and sounds of the city. Users can also save the playlists to listen to anytime. During Time to Run, users will also receive photos taken by the Fitness+ trainer of notable sights along their route. Photos will be available in the workout summary afterward, and users can save them to their photo library or share with others.

Time to Run will launch with three episodes: London, coached by Cory Wharton-Malcolm; Brooklyn, coached by Emily Fayette; and Miami Beach, coached by Sam Sanchez. One new episode will be released each week on Mondays. Great for runners of all levels.

Users of  Time to Run will need an Apple Watch and AirPods, or other Bluetooth-enabled headphones that you can experience outside or inside on a treadmill. Episodes will be available in the Workout app on Apple Watch with a Fitness+ subscription. For Apple Watch customers who use a wheelchair, Time to Run becomes Time to Run or Push. Once selected, it gives users the choice to start a run or, alternatively, an Outdoor Push Running Pace workout.

Additionally, Fitness+ will add to the popular Artist Spotlight series with new workouts featuring the music of Ed Sheeran, Pharrell Williams, Shakira, and the Beatles. The series dedicates an entire workout playlist to a single artist. Every Monday for four weeks, new workouts featuring music by each of these artists will appear in the service across different modalities. Workout types include Cycling, Dance, HIIT, Strength, Treadmill, and Yoga. The music  genres span Chill Vibes, Everything Rock, Hip-Hop/R&B, Latin Grooves to  Upbeat Anthems.

Inspired by these Fitness+ workouts, Apple Music and Apple One subscribers can enjoy the Fitness+ Spotlight series, which includes a unique playlist for each individual Artist Spotlight musician. They’ll feature motivating, high-energy tracks from their entire catalogs. Look for collaborations and remixes for motivation outside of their Fitness+ workouts.