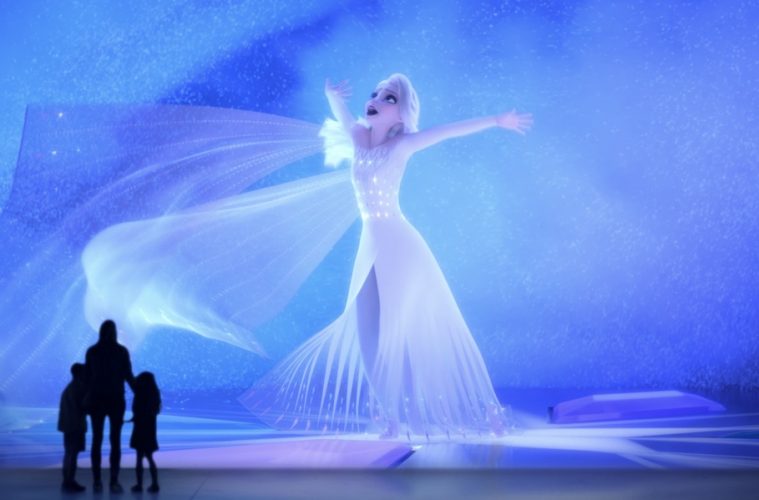 What’s Inside the Disney Immersive Experience

Disney Animation film fans are in for a real treat as the latest immersive experience brings all the magic to Toronto. Lighthouse Immersive has once again introduced a new and spectacular collaboration — this time with Disney Animation offering audiences a unique way to revisit some of the studio’s most beloved family animated films of all time.

Created by Oscar winning producer J. Miles Dale (Shape of Water) leading a global creative team, Disney Animation Immersive Experience is a journey through the history of Disney Animation Studios from Snow White to Peter Pan and from Frozen to Encanto. 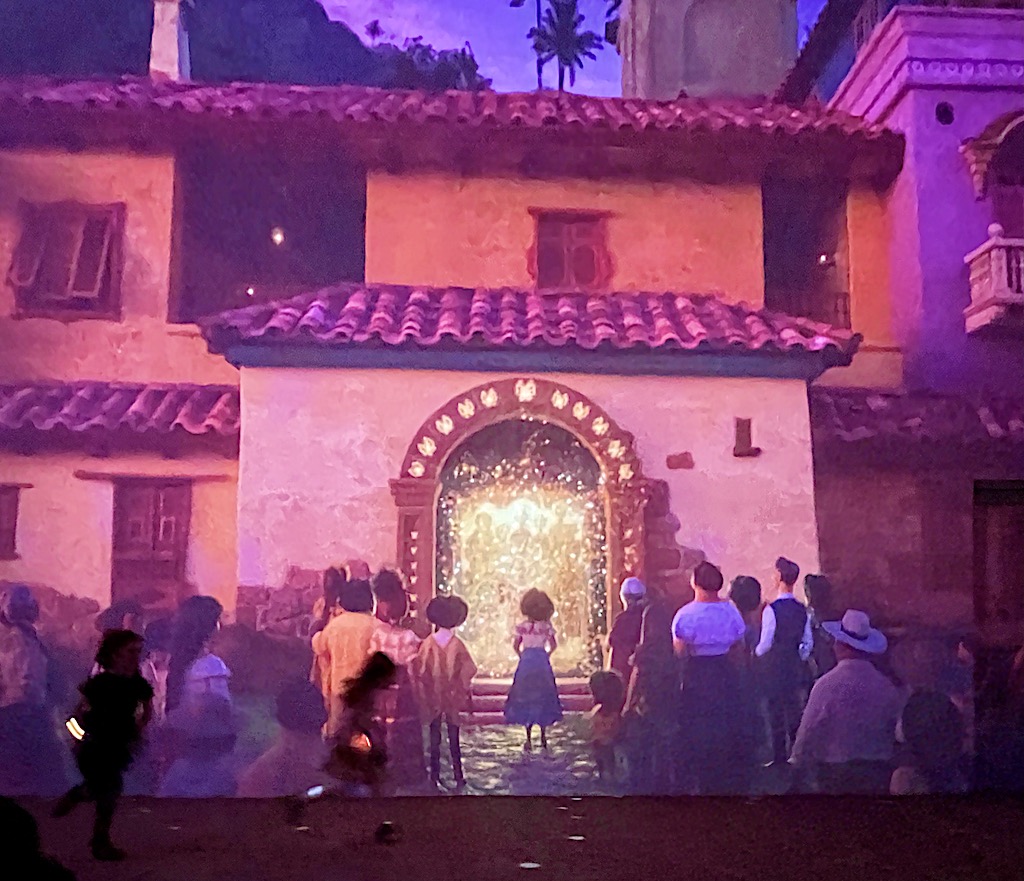 Lighthouse Immersive first introduced us to the grand viewing of Van Gogh works – a first of it’s kind in the massive space that was one the former printing presses of the Toronto Star newspaper. Setting high standards with floor to ceiling projections of the artists’ work set to moving and original score. Visitors could step into the space and experience the work in a way that was never seen before in our city. The company continued to offer a new perspective to art for the masses with immersive experiences including Frida Kahlo, Bob Marley, Klimt, and others. Disney Animation Immersive is now added to the collection with the young (and young at heart) audiences in mind.

It’s a perfect collaboration just in time for the holiday season with families looking to do something special to do together. As a parent myself, this particular immersive experience offers the opportunity to step through the process of animation in a fun and approachable way for all ages. 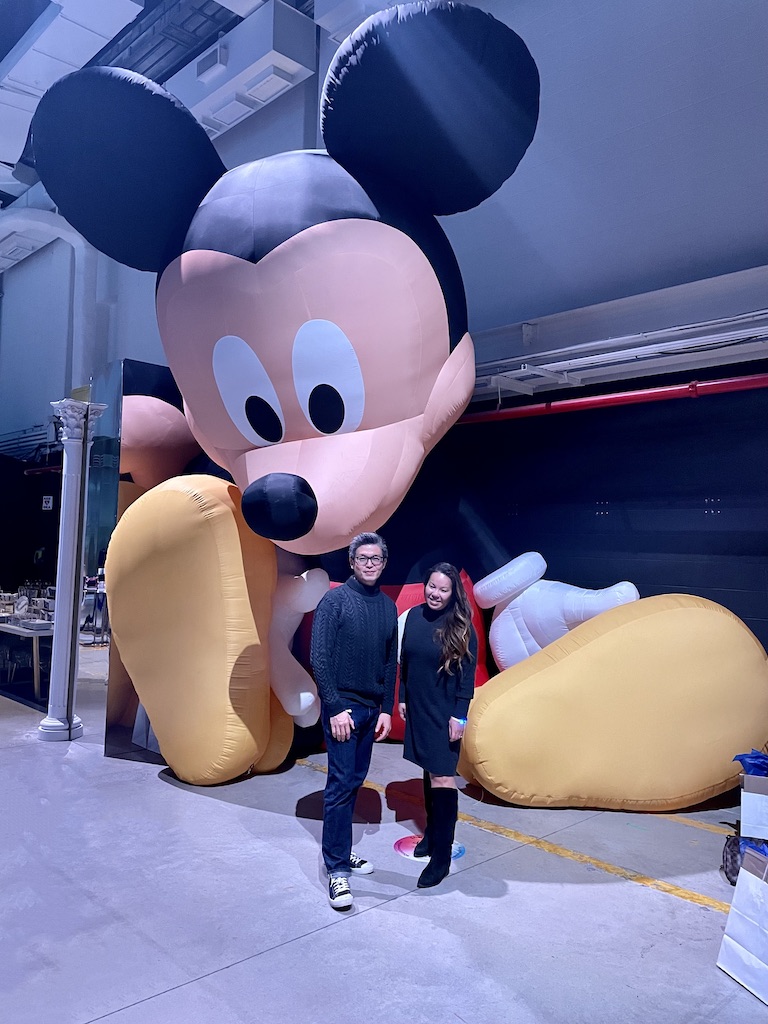 It all starts with being greeted by a larger than life Mickey Mouse upon entry — the first grand hint that you’re about to step into something magical!

Visitors will wander and explore the experiential halls designed by Emmy Award winner and  Tony nominated designer David Corins (Hamilton). Here they will discover how earlier animated films were produced including a hands-on station to draw their own favourite iconic Disney characters. The history of Disney Animation and the artists of then and now offer a special opportunity for an up-close look at resin figures created in the studios. There’s also a recreation of a digital animator’s space as part of the entire process. 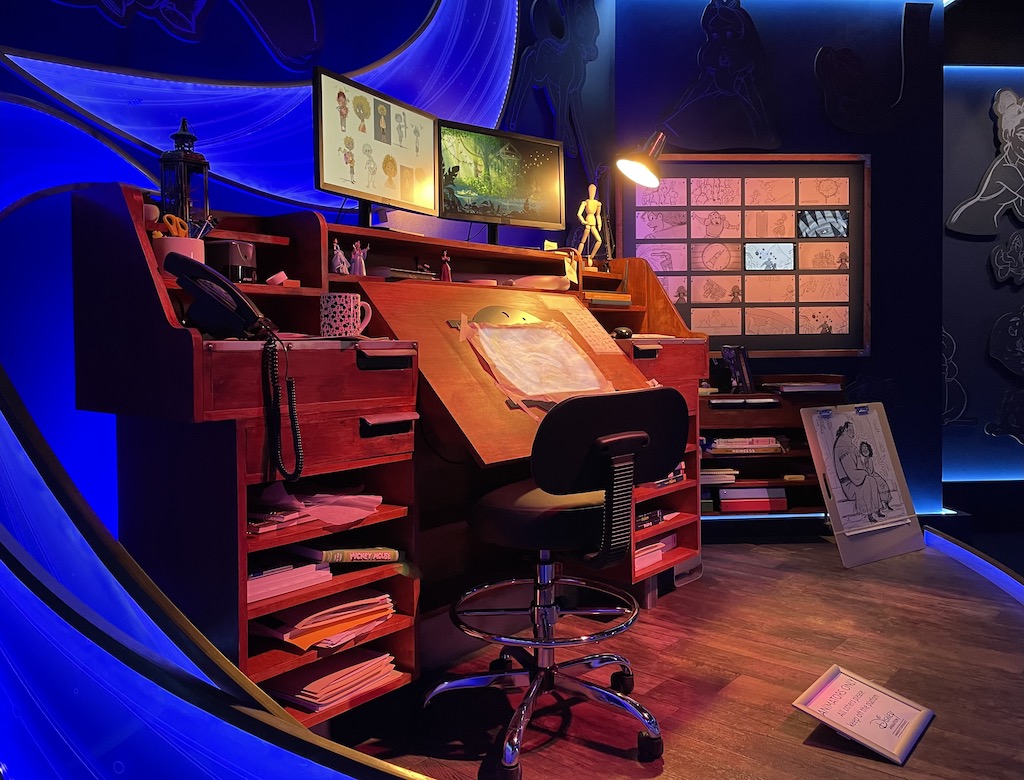 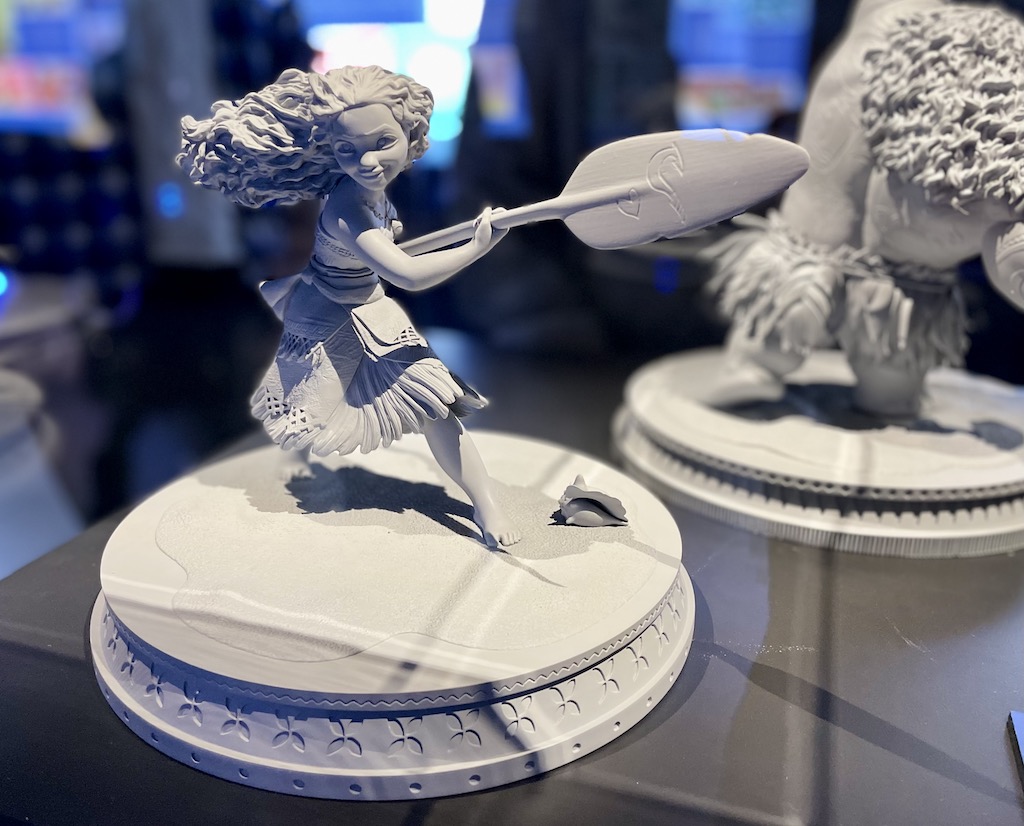 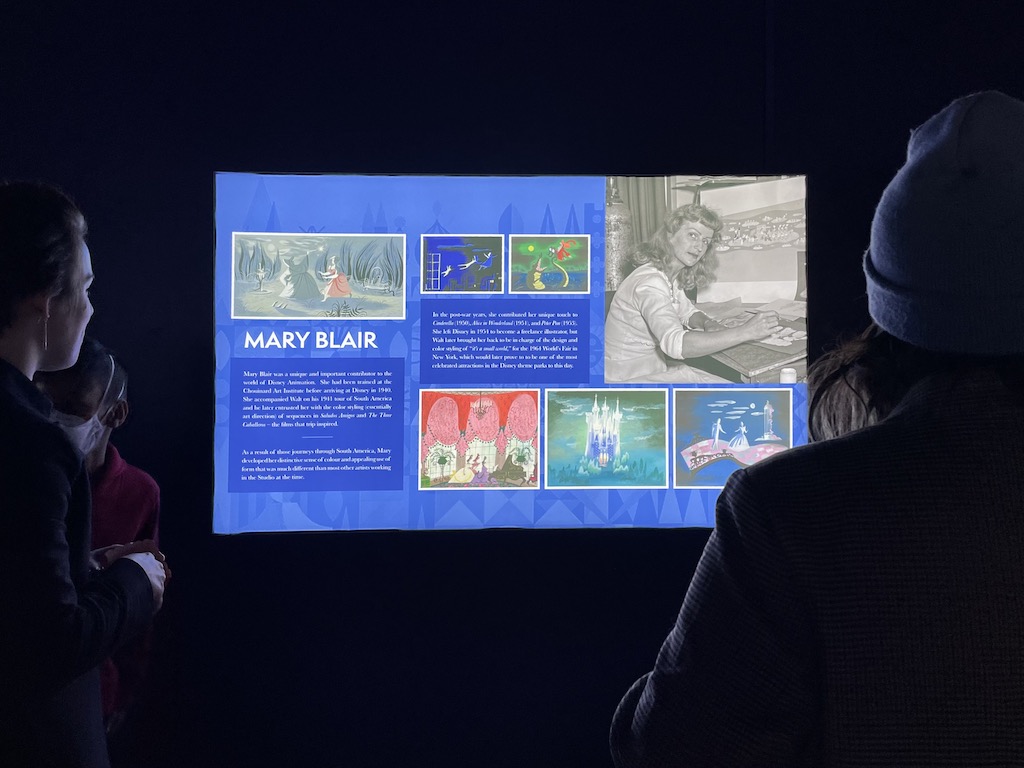 With that appreciation visitors then enters into the immersive space where the 360 degree spectacular viewing takes place with many of Disney Animation’s most iconic film clips and songs. An interactive component includes responsive projections that move with the audience with steps made and twinkling bracelets that light up in sync with the 40 minute show. And yes, there are several photo opps too!

“This has been an incredible journey that started with Van Gogh,” said Cory Ross, co-founder of Lighthouse Immersive, at the media and VIP preview. “We took over this room and wanted to turn it into Canada’s first immersive art space and we did this at the beginning of the pandemic. We found a way to get through it and continue the show. We’ve expanded from Toronto to the US and we’ve sold over 6 million tickets to Immersive Van Gogh. So we had to think what do we do next? How do we follow the incredible success of Van Gogh? We’ve created these immersive galleries and we thought of what would be fun for a different audience — a slightly younger audience. That’s how we landed on Walt Disney and the incredible history of Disney Animation which is celebrating its 100th anniversary next year.” 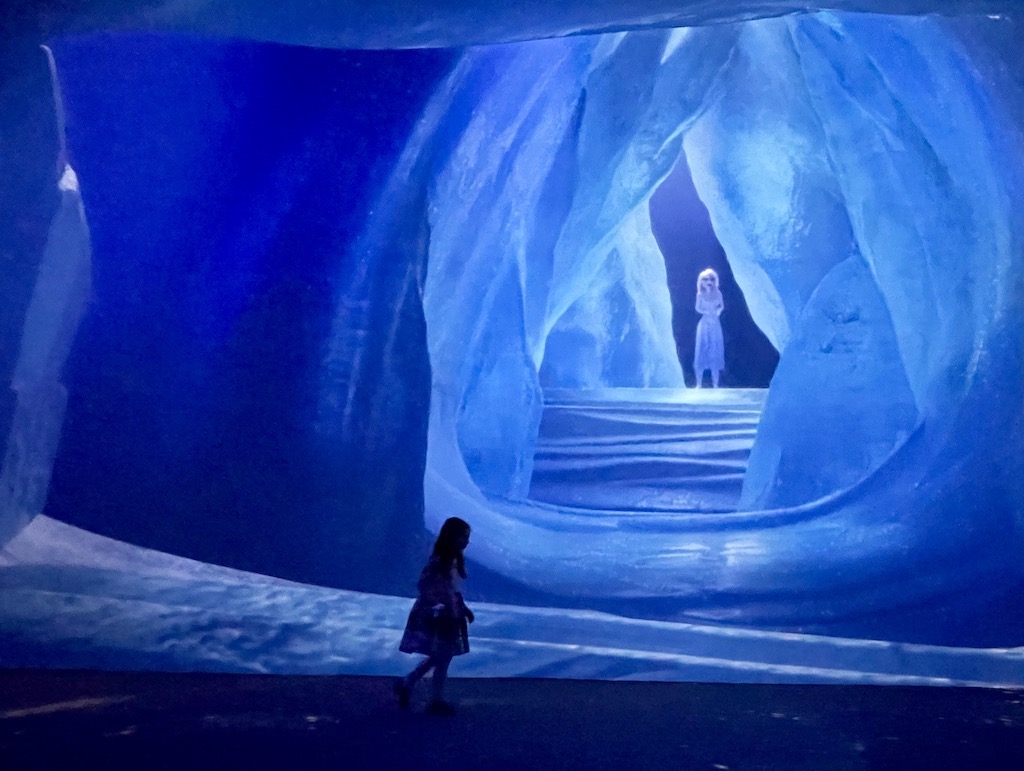 Dorothy McKim, a second generation Disney Animator was also at the preview. “I’ve worked with Disney for over 40 years, developing the works those of us who work at Disney Animation understand and honour the creators at the company who set the high standards of our craft and continue to strive for every day. To see the work of early animators as well as the creativity of today’s animators shown in an entirely new way is very special to me. You will see moments of passages of almost all of our films together in one venue which has never been done before. You’ll not only see the artistry of our films that has become part of every childhood but we hope it will fulfill the sense of wonder through animated films.”

She also left us with this, “At Disney Animation we feel our films have allowed people to be their authentic selves. If you feel like crying, laughing or dancing please do so because that’s what our films do–they let you be who you are.”