The heat is on! We’re in the final stretch of summer and we need to savour every moment we can. With fall just around the corner we’re not ready to turn in our flip flops and swimsuits just yet. Here are some fun events to check out this month in Toronto…

The latest movie, Mamma Mia: Here We Go Again (aka Mamma Mia 2) has officially hit the theatres (SOOOO GOOOD),  but the feel-good musical that we all know and love hits the stage in Toronto in August with all  our favourite ABBA songs. Set on a Greek island paradise this tale of love, friendship and identity told through the timeless hits. Always a fun girls night out. Go to www.mirvish.com for details. 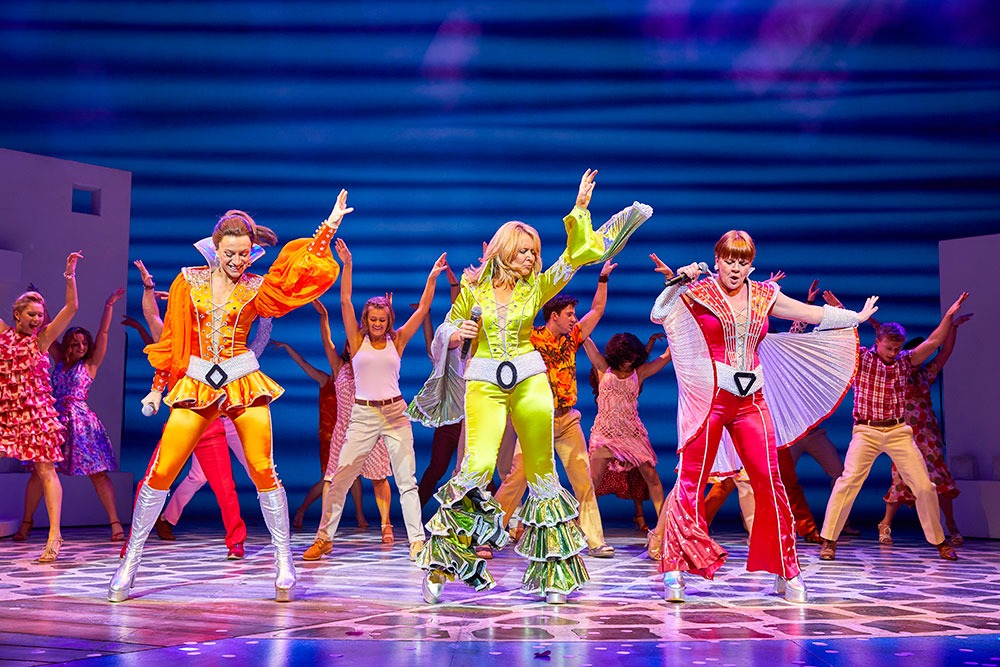 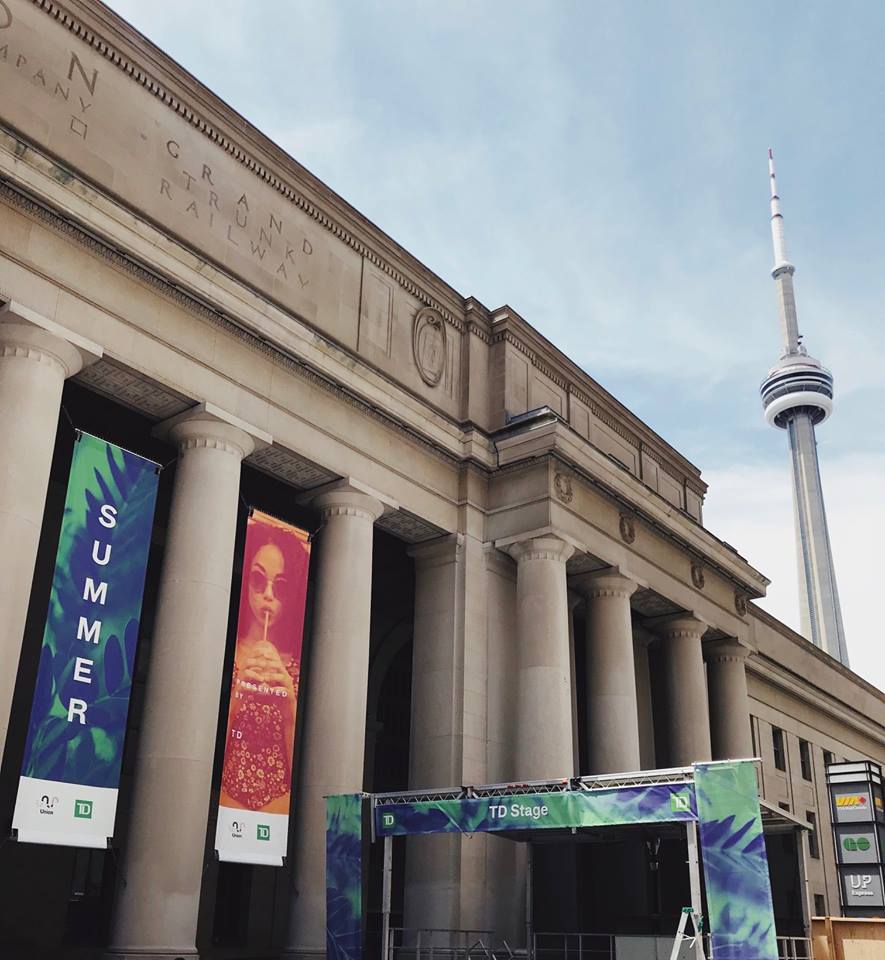 Based on the bestselling novel by Kevin Kwan, this highly anticipated rom-com film follows Rachel Chu and her longtime boyfriend Nick, to his best friend’s wedding in Singapore. En route, she learns that her boyfriend is one of the most richest in Singapore and he’s considered the country’s most eligible bachelors. All of the sudden Rachel finds herself in the spotlight. We can’t wait and yes…we’re re-reading the book!

Sex and the City and Us: 20th Anniversary Extravaganza: August 22 at Hot Docs Ted Rogers Cinema

Celebrate the 20th anniversary of one of the most popular television series of our time. Join writers Jennifer Keishin Armstrong and Anne T. Donahue as they discuss the cultural legacy of Sex and the City at this exclusive event. Enjoy cosmos specials and cupcakes with your friends while reliving legendary moments on the big screen while Donahue and Armstrong explore exclusive behind-the-scenes stories from the cast and writers. Book sale and signing to follow. Go to www.hotdocs.ca for more details.

The King and I: July 10 to August 12 at The Princess of Wales Theatre.

Set in 1860’s Bangkok, the musical tells the story of the unconventional relationship between the King of Siam and Anna, a British schoolteacher who is brut to Siam to teach his many wives and children. The classic Rodgers & Hammerstein production is touted as “breathtaking and exquisite” by the New York Times. Go to www.mirvish.com for details. 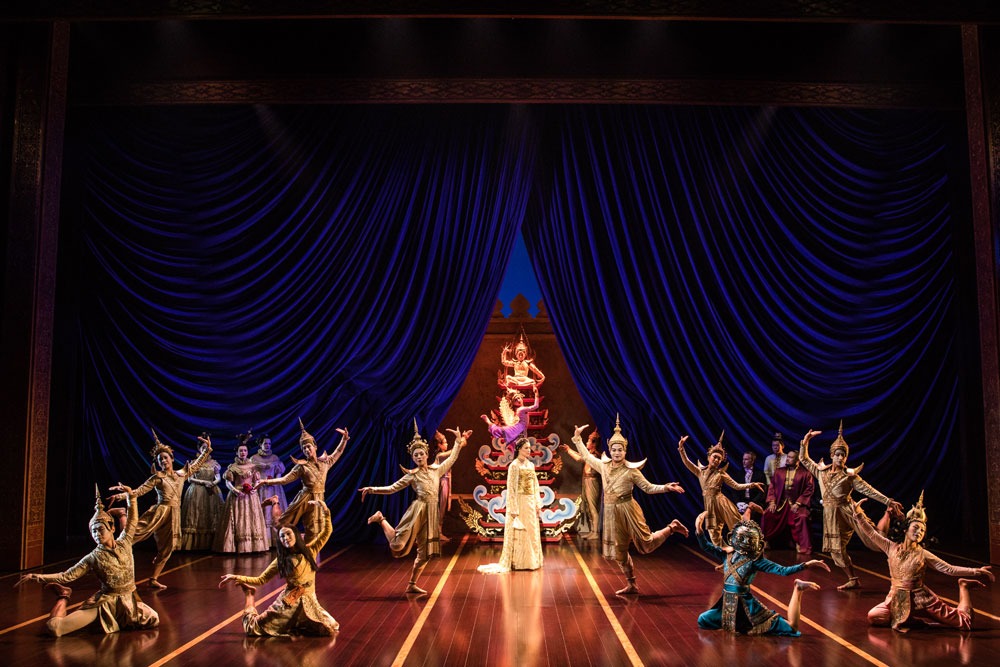 It’s time to jump up Toronto and join in the hottest and North America’s largest festival celebrating the arts, culture, music and food of the Caribbean nations. The multi-day event brings locals and tourists alike to our city. Various events are organized with literally something for everyone from Junior parade to crowning of the King and Queen of show, to evening parties, picnics, and the parade of Bands. Be prepared to sweat and dance everywhere you go. And yes, we will forever be calling it Caribana. Go to www.torontocaribbeancarnival.com  for more details. 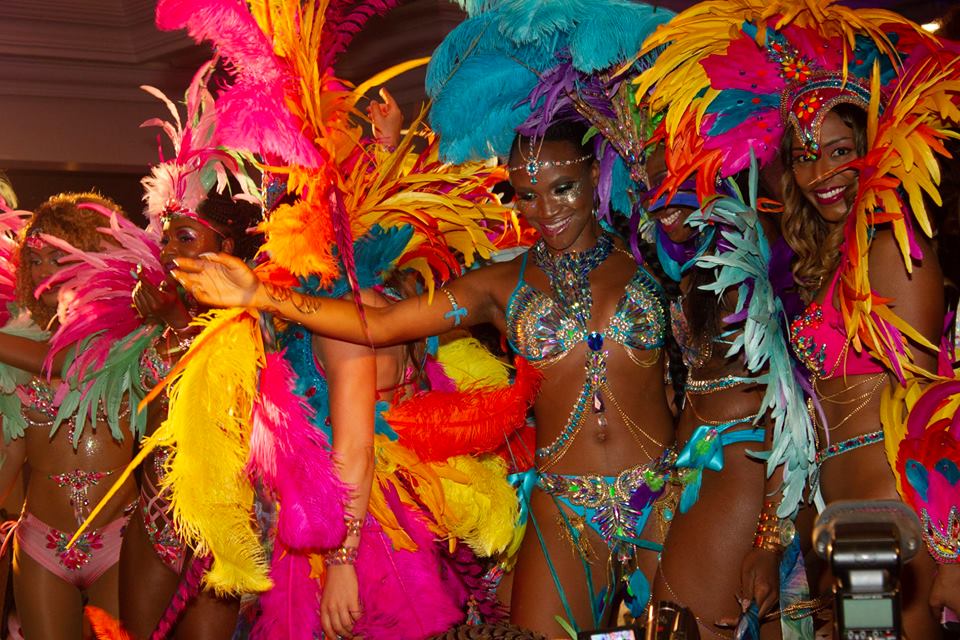 Showcasing authentic cuisine, cultural arts, crafts, and exciting entertainment that encompasses Caribbean traditions, this Festival offers a blend of authenticity and fun for families and friends. With musical entertainment that stays true to the Caribbean spirit, it’s the perfect way to take in a long summer’s night. Performers at this year’s Festival include Chaka Demus and Pliers – one of the most iconic duos in Jamaican music. Go to www.jerkfestival.ca for more details. 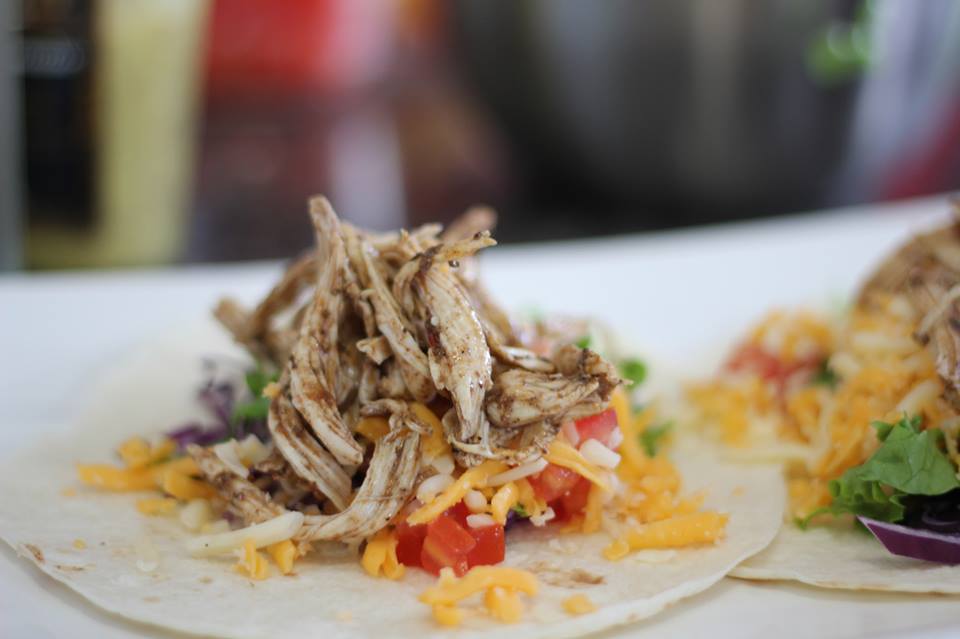 Considered one of Canada’s most vital launching pads for new performance works, this festival is one to definitely watch. Discover new creative works with more than 400 artists from Canada and around the world. We’ve got our eyes on a few performances including Lost Together where the audience is invited to share a story about something you’ve lost. Throughout the conversation, Shira Leuchter and Michaela Washburn will work together to remagine and recreate that lost thing for you. the objects they create will become part of an ever-evolving exhibition, remixing us that loss doesn’t have to be a solitary reckoning. We’re also intrigued by Intimate Karaoke, Live at Uterine Concert Hall as Dayna McLeod invites audiences to sing their favourite karaoke songs for her uterus. Go to www.summerworks.ca for more details. 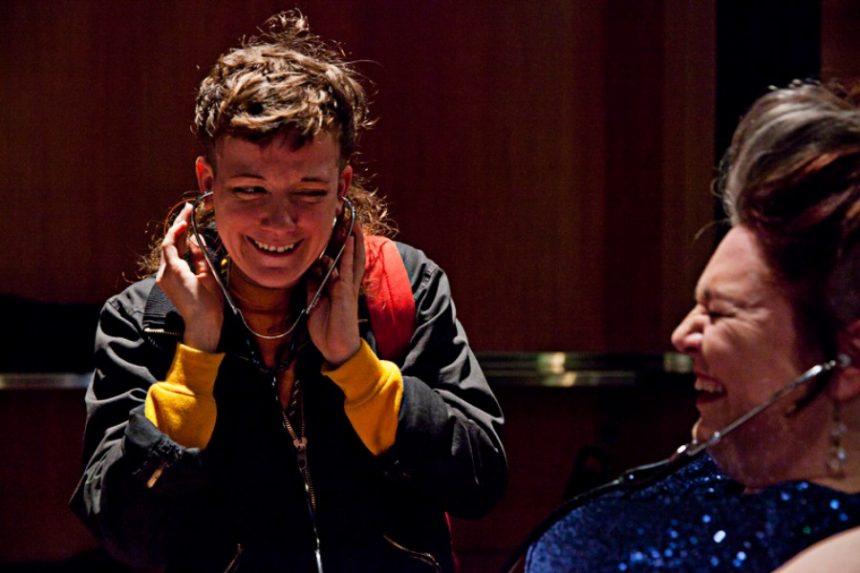 Take in Canada’s largest rose picnic and sipping an assortment of rose wines while savouring delicious food of celebrity chef Mark McEwan and his 4 restaurants Bymark, Fabbrica, McEwa Foods, North 44 and ONE. Hotel X will be transformed into a sea of pink and white as guests eat, drink, or relax on pink picnic blankets throughout the day and into the evening. rosepicnic.com

Experience the passion for opulence among the Princes of India. Exquisite objects decorated with gems and carved from semi-precious stone reflect life at the courts. www.agakhanmuseum.org

The multi-cultural free concert series happens right in the heart of the city each and every friday evening. On August 3, two of Toronto’s most legendary reggae groups will take the stage including Fujahtive with RaLion and the Sattalites. On August 10, there will be some good ol’ fashion rock ‘n roll with Roots quartet Johnson Crook and Texas King. Headlining is The Harpoonist & The Axe Murderer with their blues tracks. On August 17, get rebellious with the sounds of pop-punkers from Toronto Pkew Pkew Pkew and The Penske File. Headlining act will be The Flatliners. August 24 gets funkolicious with KC Roberts & The Live Revolution opening for headlining group After Funk. The summer will “rap” up with Toronto’s hip-hop artists Clairmont The Second and The Dirty B-Sides. Go to www.ydsquare.ca for more details. 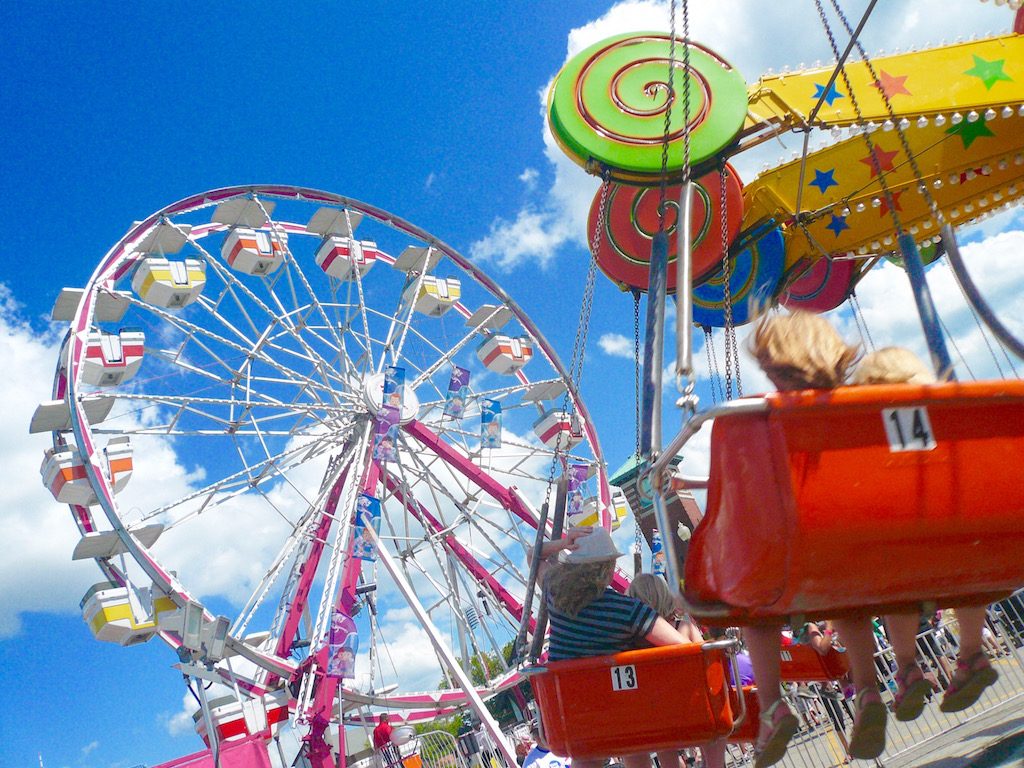 Nothing winds down summer quite like the CNE. A long standing tradition of the city, this extravaganza is enjoyed by all ages. We all have fond memories over the years from Super Dog Shows to feasting at the Food Building and shopping at the International Pavillion. Of course, there’s the rides on the Midway and trying our luck at the games of skill. Take in kiddie land and visit the agricultural zone where you can see wee baby chicks and piglets and even learn directly from farmers how to milk a cow. And we can’t leave without inhaling a bag (or three) of Tiny Tom Donuts, amiright? NEW this year is the World’s Largest Indoor Lantern Festival.  Go to www.theex.com for more details.