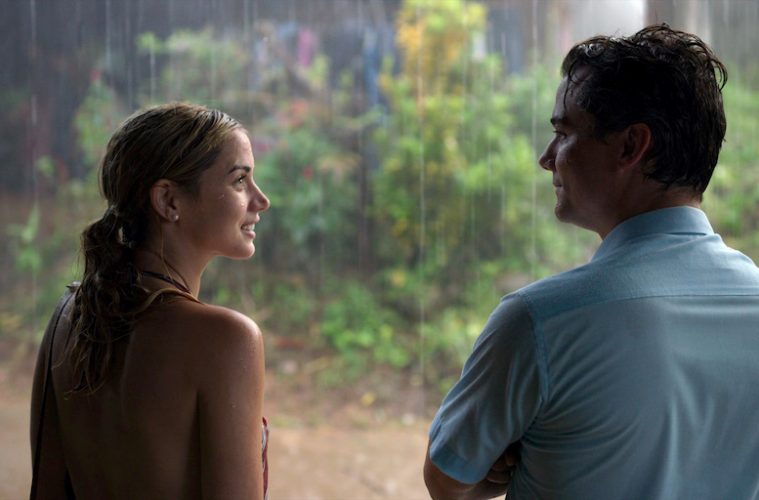 What’s coming to Netflix this April

We’re getting into a groove here at home and doing our part in trying to “flatten the curve”.  It took a bit of coordinating at first with a full house. My dog and I had a great routine going but after a few days of disruption (who’s working where and when?) and everyone being back, we’ve begun to settle in and our time together at home is completely manageable. But check in with me in another week. I have full intention of cleaning my work space, take in a few online yoga/meditation sessions, bake bread from scratch and maybe even make a Black Forest Cake.

We’ve also been catching up on shows (Kim’s Convenience and the waterbed episode! lol) and movies on our must-see list. (That list is looooong). Now we’re looking ahead to April as we continue in this groove.

We had a quick glance to check out the list. Here are our top picks of what will be coming out (and what will be leaving) this April on Netflix Canada …

David Batra: Elefanten I Rummet — NETFLIX COMEDY SPECIAL
Swedish stand-up David Batra gets personal as he playfully details the perks and pitfalls of being married to a recently resigned political leader.

How to Fix a Drug Scandal — NETFLIX DOCUMENTARY
Two drug lab chemists’ shocking crimes cripple a state’s judicial system and blur the lines of justice for lawyers, officials and thousands of inmates.

Nailed It!: Season 4 — NETFLIX ORIGINAL
The hosts you love, the hot messes you crave. Welcome back to the “Nailed It!” kitchens, where anyone — like, literally, anyone — can win.

Sunderland ‘Til I Die: Season 2 — NETFLIX ORIGINAL
After two consecutive seasons of failure, Sunderland hope to get things turned around as they face a new season in the third tier of English soccer.

La casa de papel: Part 4 — NETFLIX ORIGINAL
Lives are on the line as the Professor’s plan begins to unravel and the thieves must fend off enemies from both inside and outside the Bank of Spain.

Money Heist: The Phenomenon — NETFLIX FILM
This film takes a look at why and how “Money Heist” sparked a wave of enthusiasm around the world for a lovable group of thieves and their professor.

Spirit Riding Free: Riding Academy — NETFLIX FAMILY
A new chapter begins for Lucky and her friends as they leave Miradero behind to live and learn at the prestigious Palomino Bluffs Riding Academy.

StarBeam — NETFLIX FAMILY
A real kid with real superpowers has a tech-wiz best friend who becomes her sidekick. Together with their seagull pal, they protect their seaside city. 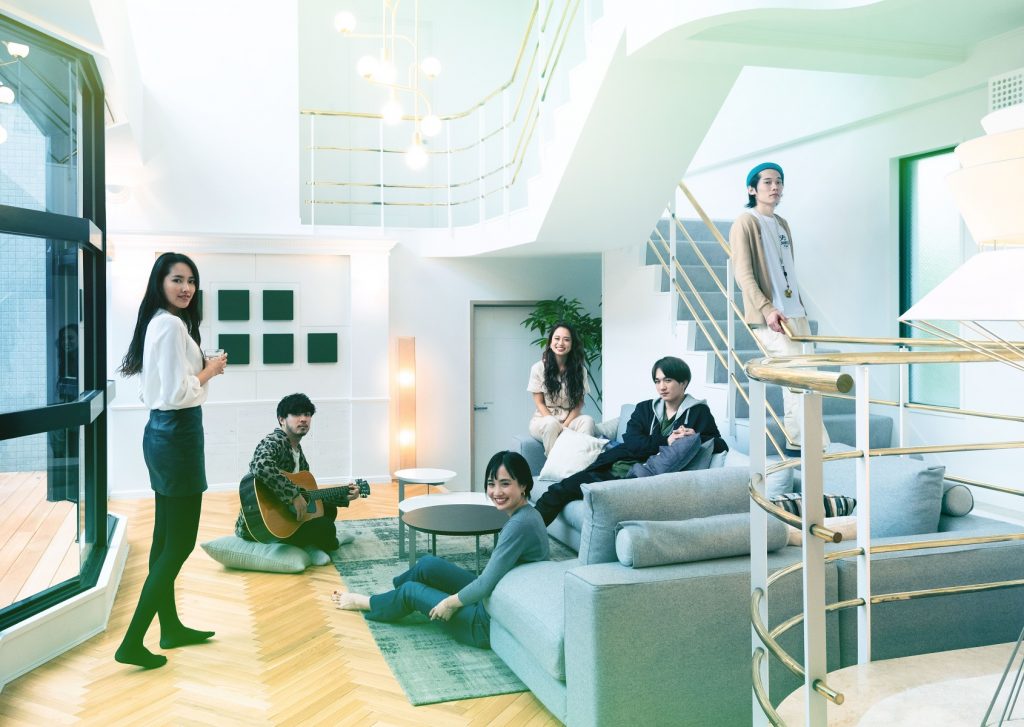 Brews Brothers — NETFLIX ORIGINAL
These two estranged brothers know everything there is to know about brewing beer. If only they knew something about being a family.

La vie scolaire — NETFLIX FILM
In one of the poorest areas of Paris, a school counselor devotes herself to working with disadvantaged students, while facing challenges of her own. 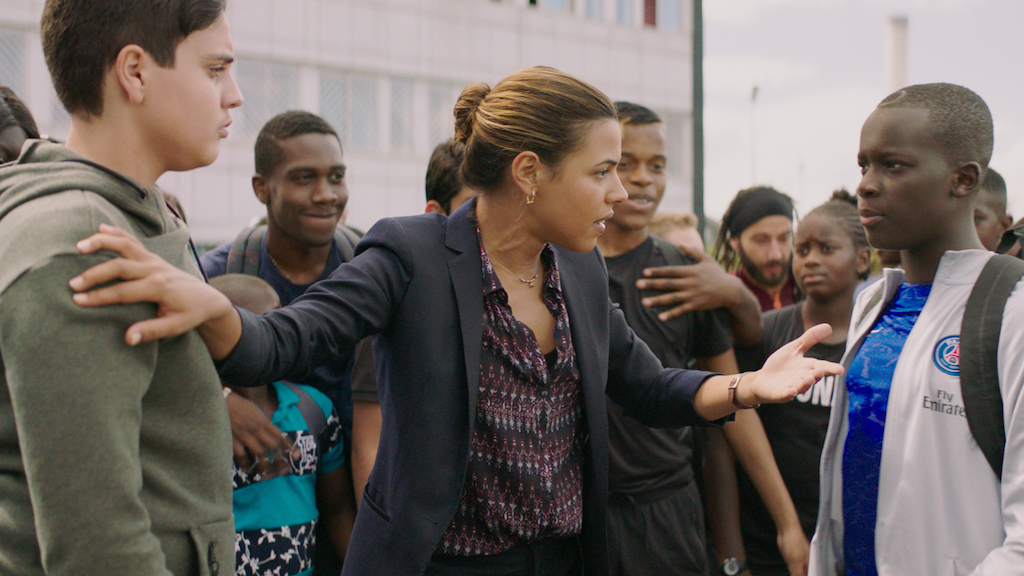 Love Wedding Repeat — NETFLIX FILM
In this innovative romantic comedy about the power of chance, alternate versions of the same wedding unfold as Jack (Sam Claflin) tries to make sure his little sister has the perfect wedding day. But he’ll have to juggle an angry ex-girlfriend, an uninvited guest with a secret, a misplaced sleep sedative, and unexpectedly reuniting with the girl of his dreams who got away, Dina (Olivia Munn). If he succeeds, Jack might find a happy ending of his own. LOVE WEDDING REPEAT is written and directed by Dean Craig and stars Sam Claflin, Olivia Munn, Eleanor Tomlinson, Joel Fry, Tim Key, Aisling Bea, Jack Farthing, Allan Mustafa, and Freida Pinto.

The Main Event — NETFLIX FILM
When 11-year-old Leo Thompson (Seth Carr) discovers a magical wrestling mask that grants him super strength, he uses it to enter a WWE competition. With the support of his grandmother (Tichina Arnold), Leo will do whatever it takes to achieve his dream of becoming a WWE Superstar. Can one kid win it all, in the face of epic challengers in the ring? Directed by Jay Karas, THE MAIN EVENT co-stars Adam Pally, Ken Marino, and features WWE superstars Kofi Kingston, Mike “The Miz” Mizanin, Sheamus, and Babatunde Aiyegbusi as Leo’s ultimate opponent, a gigantic wrestler named Samson.

Tigertail — NETFLIX FILM
In New York, Pin-Jui (Tzi Ma) reflects on the love of his past and his departure from Taiwan, which he revisits years later with his daughter Angela.

Chris D’Elia: No Pain — NETFLIX COMEDY SPECIAL
Stand-up comic, actor, writer, and host of the Congratulations podcast, Chris D’Elia returns for his latest Netflix comedy special, Chris D’Elia: No Pain. Though he may not be your average comedian, living a straight-edge lifestyle with parents who are there for him, D’Elia still finds time to growl at babies in public, AirDrop inappropriate photos to unsuspecting people on airplanes, and warn others on the potential threat of sexual assault by dolphins (Google it). Filmed in front of a live audience at the State Theater in Minneapolis, Chris D’Elia: No Pain premieres globally on Netflix on April 14, 2020.

Outer Banks –– NETFLIX ORIGINAL
A tight-knit group of teens unearths a long-buried secret, setting off a chain of illicit events that takes them on an adventure they’ll never forget.

Sergio — NETFLIX FILM
Charismatic and complex, Sergio Vieira de Mello (Wagner Moura) has spent the majority of his storied career as a top UN diplomat working in the world’s most unstable regions, deftly navigating deals with presidents, revolutionaries, and war criminals for the sake of protecting the lives of ordinary people. But just as he readies himself for a simpler life with the woman he loves (Ana de Armas), Sergio takes one last assignment — in Baghdad, newly plunged into chaos following the US invasion. The assignment is meant to be brief, until a bomb blast causes the walls of the UN headquarters to come literally crashing down upon him, setting into motion a gripping life-or-death struggle. Inspired by a true story, SERGIO is a sweeping drama focused on a man pushed to his physical and emotional limits as he’s forced to confront his own divisive choices about ambition, family, and his capacity to love. 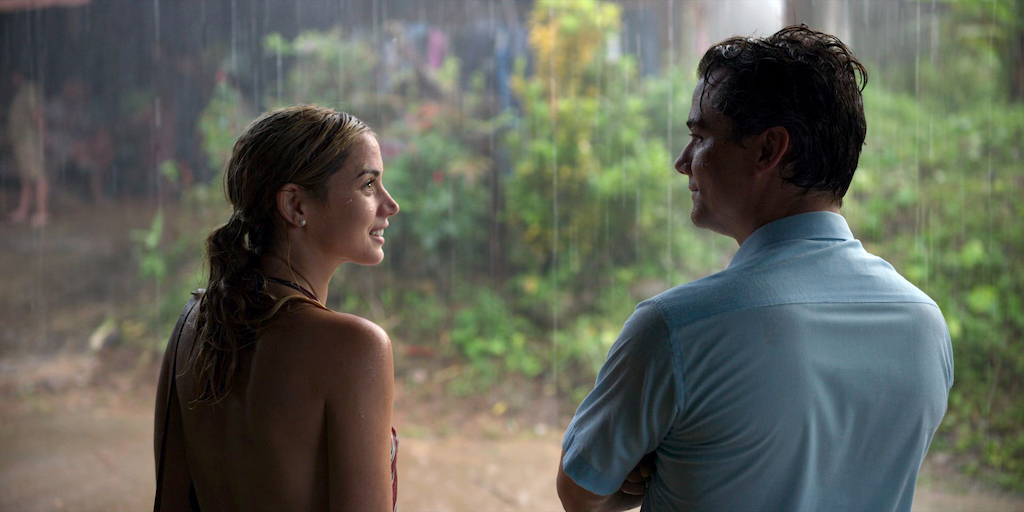 Cooked with Cannabis — NETFLIX ORIGINAL
Chefs compete to get the hosts and special guests high on elevated cannabis cuisine with their artful use of leafy herb, THC infusions and CBD sauces.

Middleditch & Schwartz — NETFLIX COMEDY SPECIAL
Thomas Middleditch and Ben Schwartz bring their two-person comedy show, Middleditch & Schwartz, to a global audience in a collection of three completely improvised Netflix comedy specials. Each performance is based entirely on a random audience suggestion. All three parts*, each filmed at the NYU Skirball Center for the Performing Arts, will premiere on Netflix on April 21, 2020.

*Middleditch & Schwartz: Dream Job
The story of two friends, one of whom has an important job interview which spirals into an existential crisis involving photography, The New York Times and JFK airport bathroom stalls. By the end of a hilarious turn of events, Kyle is Saussin, Saussin is Kyle, neither have their dream job, but both know what it means to truly embody a Gazelle.

*Middleditch & Schwartz: Law School Magic
What starts as a dreaded final exam for a group of first-year law students quickly turns into a test of human morality as the duo encounters an alien, contemplates child abandonment, and dabbles in a bit of magic. “The Breakfast Club” meets “The Chronicles of Narnia” in this imaginary class’ quest to learn the difference between paper and digital contracts.

*Middleditch & Schwartz: Parking Lot Wedding
Emotions are high in the events leading up to and during a wedding where the priest, a ghost, and the bride and groom’s parents are as loose as a caboose. Follow Thomas and Ben down the aisle as they concoct a compelling scenario — the tale of sixth-grade lovers, a robbery-gone-wrong, and the ultimate test of true love.

Absurd Planet — NETFLIX ORIGINAL
A cast of quirky critters and Mother Nature herself narrate this funny science series, which peeks into the lives of Earth’s most incredible animals.

Win the Wilderness — NETFLIX ORIGINAL
Six couples vie for the deed to a remote Alaskan lodge by proving which is the fittest to survive in a breathtakingly pristine but rugged wilderness.

The House of Flowers: Season 3 — NETFLIX ORIGINAL
The dark comedy series about a wealthy Mexico City family with secrets returns for Season 3.

After Life: Season 2 — NETFLIX ORIGINAL
Set in the small fictitious town of Tambury, the comedy-drama series follows Tony (Ricky Gervais), a writer for the local newspaper whose life is upended after his wife dies from cancer.

In series 2, whilst still struggling with immense grief for his wife, we see Tony try to become a better friend to those around him. Each grappling with their own problems and only to be intensified by the looming threat of the local newspaper being shut down. Will the town’s local Am-Dram show lift everyone’s spirits?

Extraction — NETFLIX FILM
Tyler Rake (Chris Hemsworth) is a fearless black market mercenary with nothing left to lose when his skills are solicited to rescue the kidnapped son of an imprisoned international crime lord. But in the murky underworld of weapons dealers and drug traffickers, an already deadly mission approaches the impossible, forever altering the lives of Rake and the boy. An action-packed, edge-of-your-seat thriller directed by Sam Hargrave, EXTRACTION is an AGBO Films and TGIM Films, Inc. production, produced by Joe Russo, Anthony Russo, Mike Larocca, Chris Hemsworth, Eric Gitter, and Peter Schwerin.

Never Have I Ever — NETFLIX ORIGINAL
A coming-of-age comedy series about the life of a modern first-generation Indian American teenage girl, inspired by Mindy Kaling’s own childhood. 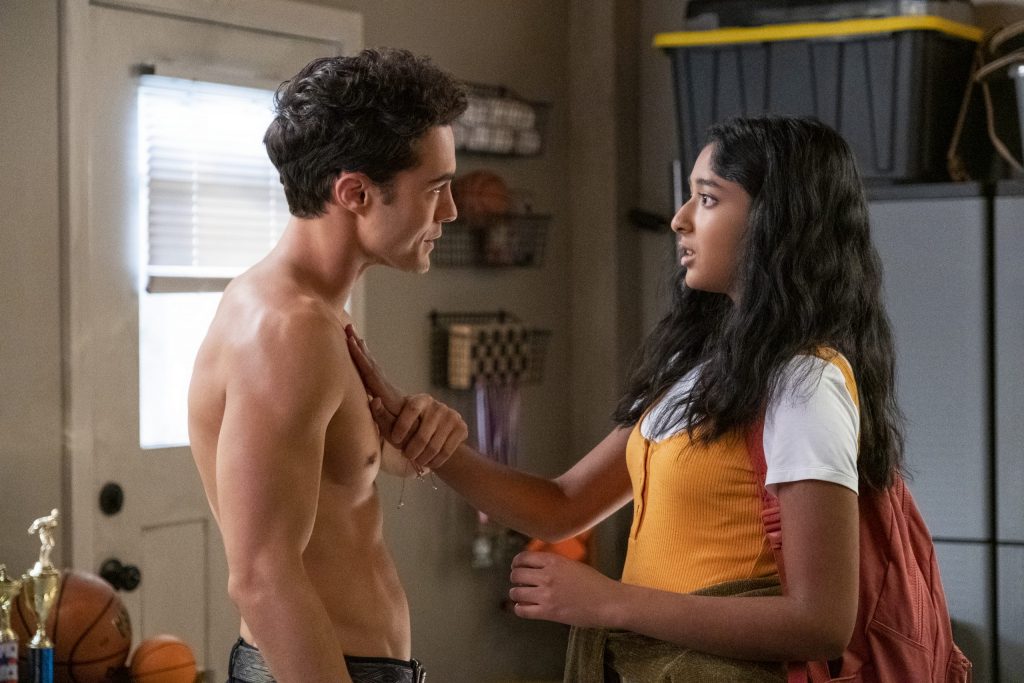 Never Have I Ever. Photo courtesy of Netflix Canada

A Secret Love — NETFLIX DOCUMENTARY
A Secret Love tells an incredible love story between Terry Donahue and Pat Henschel, whose relationship spans nearly seven decades. Terry played in the women’s professional baseball league, inspiring the hit movie A League of Their Own. But the film did not tell the real-life story of the women who remained closeted for most of their lives. This documentary follows Terry and Pat back to when they met for the first time, through their professional lives in Chicago, coming out to their conservative families and grappling with whether or not to get married. Facing the hardships of aging and illness, their love proves resilient as they enter the home stretch.

Dangerous Lies — NETFLIX FILM
After losing her waitressing job, Katie Franklin (Camila Mendes) takes a job as a caretaker to a wealthy elderly man in his sprawling, empty Chicago estate. The two grow close, but when he unexpectedly passes away and names Katie as his sole heir, she and her husband Adam (Jessie T. Usher) are pulled into a complex web of lies, deception, and murder. If she’s going to survive, Katie will have to question everyone’s motives — even the people she loves. DANGEROUS LIES is directed by Michael Scott, and also stars Jamie Chung, Cam Gigandet, Sasha Alexander, and Elliott Gould.

What to see, do and eat at this year’s CNE