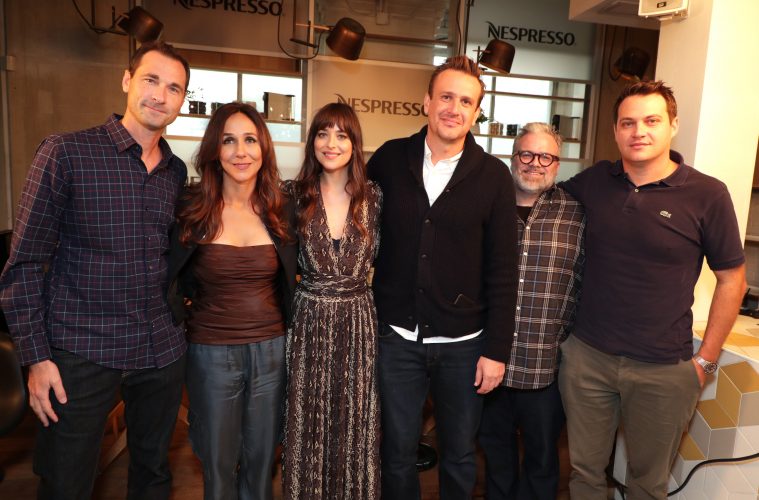 Our favourite events during the Toronto International Film Festival (TIFF), aside from the films of course, are the panels with cast and filmmakers. They offer up golden opportunities to gain insight into the film and the characters. This year offered many great discussions including the highly Nespresso Coffee with Creators intimate panel discussions for some of the most compelling films.

While TIFF has come and gone, many of the films that have premiered during the Festival have also secured distribution rights and will return to movie theatres nation wide in coming months. Bring tissues for this one.

THE FRIEND, is based on the award-winning Esquire article of the same name written by Matthew Teague. The story is about Dane (Jason Segel) who puts his own life on hold to move into the family home of his best friends Nicole (Dakota Johnson) and Matt (Casey Affleck) and support them through a terminal cancer diagnosis.
In attendance at the panel event: Gabriella Cowperthwaite (Director), Jason Segal, Dakota Johnson, Michael Pruss (Producer), Brad Inglesby (screenwriter) and Matthew Teague (Author of Esquire sourced article). 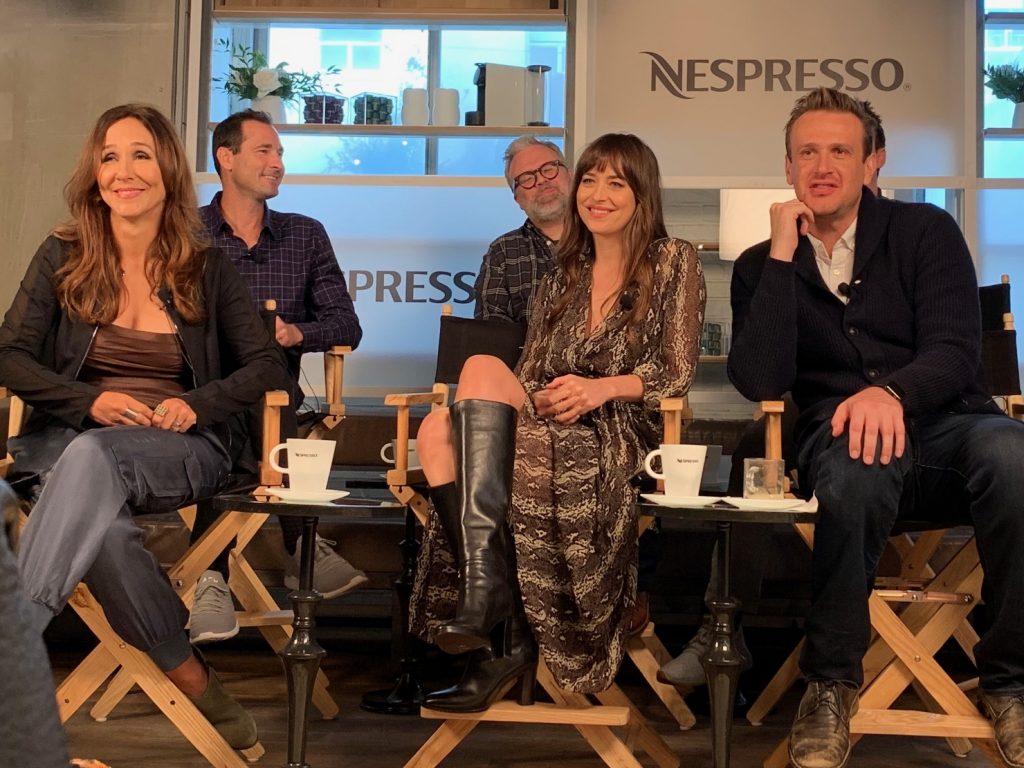 Here’s what we learned at this panel discussion:

Gabriella Cowperthwaite told us that even though everyone learns quickly about how the story will end, she wanted the audience to feel and remember the good and the joy in life. “Life is not fair. It can be very unkind but it’s beautiful. So to straddle those two realities throughout two hours was what I wanted to do. For me, and I think for everybody, there are times in life where you’re laughing and then other days where you’re living in your memories. That to me is life. I wanted you to feel joy in a dark situation and I wanted you to feel sadness and some of the fun.”

The panel also spoke about how it would be a hard movie to watch if it was just about cancer. The movie opened with the couple’s kids learning of their mother’s cancer so the audience immediately knows what’s going to happen. There was no question about what will happen but the film focusses on life and friendship. “You want people to feel something and relate. We all have important friendships. Friend love is not often addressed in movies. Friend love has no biological imperative. It’s not like loving your children or your mate. Friend love is something you choose. It’s really gratifying to see that brought forward.” said Matthew.

The Friend was filmed in a small town in Alabama. The cast spoke about the welcoming feeling and that everyone was like family. Jason described as a two-street capsule town with very little distraction.  Dakota felt like the people who lived there were the “real” celebrities. People would be very comfortable and would just sit down and talk about Matt and Nicole to them when they were not on-set. They described it as a nurturing kind of love.

Dakota spoke about how she researched side effects of cancer treatments and realizing that not everyone knows how their bodies would react and how it changes behaviour. “It’s so complicated to explain someone’s reaction to their own body dying and not being completely in control while still trying to be stoic and strong for everybody else.”

“You look back in your life in memories, you tell the story to yourself in different pockets. So, it’s as though you’re watching someone think about this family. You’re watching these characters and it all goes back and forth and around. And then when I think about my life I think of many, many lives.” said Dakota.

Jason Segel talked about the experience with having children on the film set. “There’s a funny thing about acting with children. As an adult, you go through all of these mental gymnastics just to get ready but when you’re around children they haven’t lost their sense of play. Even between cuts, you’re reminded that this is a state of play even if you’re pretending that things are happening. Having the kids around helps put things into perspective.”

Dane wasn’t intended to be any sort of martyr. “I just tried to bring light into the family with my character. There was an inevitable diagnosis so there was no escaping. I just thought about how I could be of service to this family and to this story.” said Jason.

Thank you to Nespresso for inviting us to this insightful panel discussion. Watch for The Friend coming to theatres in the near future!