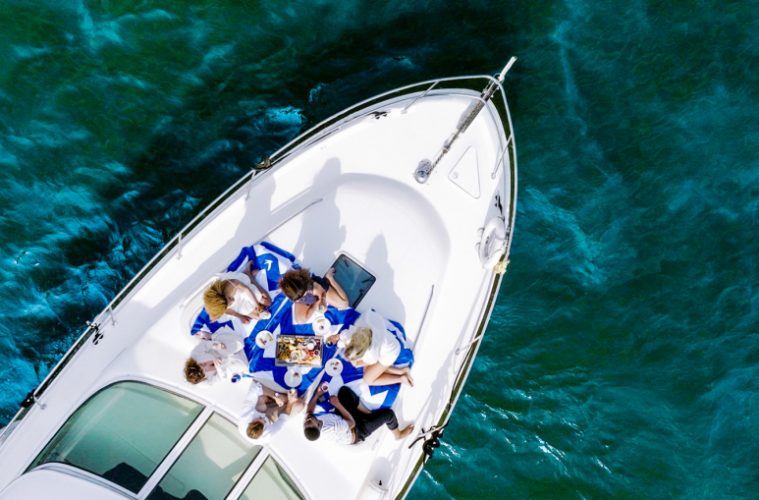 With summer giving us her best  right now we’re excited to be slathering on our sunscreen and shades to make the most of every day and night. From outdoor concerts to cultural events and all the food, here are a few fun happening in and around Toronto during the month of July. Get outside, relax and enjoy the sounds, sites, tastes and everything that comes with our spectacular months of glorious weather.

Rhythms of Canada Festival at Aga Khan Museum: June 28 to July 3, is a 6-day celebration of arts and culture for the entire family. 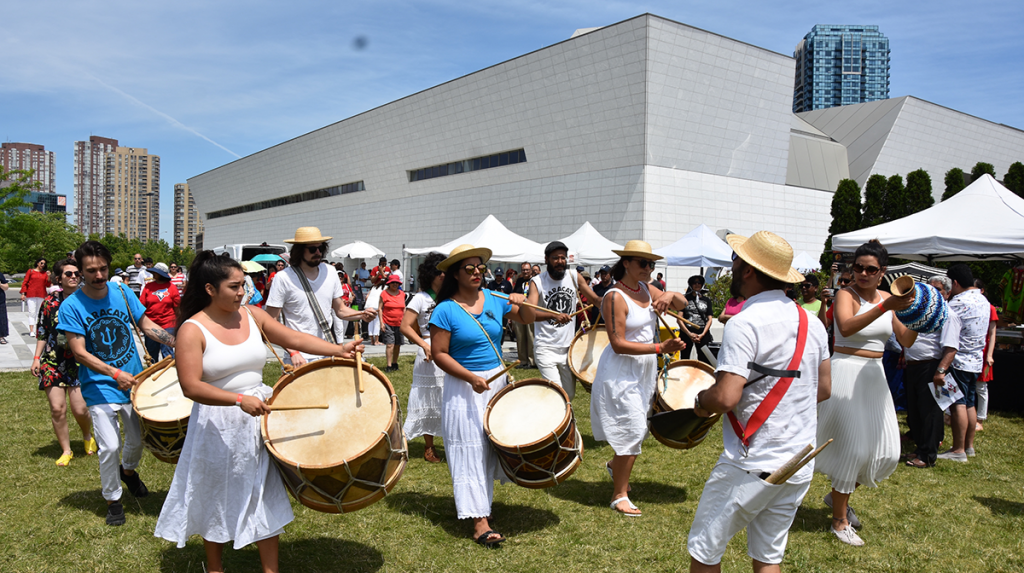 Canada Day Weekend at Ontario Place: July 1 to July 3, Ontario Place will be serving up three fun days of activities and entertainment for all ages. Guests are invited to choose their own adventure which includes live music, an inflatable water park, free movies at Cinesphere, outdoor yoga at Trillium Park, Segway tours, contemporary art installations, Imagination Playground, volleyball, Cirque Du Soleil shows, Electric Island festival, Backstreet Boys concert at Budweiser Stage and casual dining on Vista Eatery’s scenic patio. The weekend kicks off on July 1 with a free concert featuring local Indigenous artists in Trillium Park. Hosted by Carolyn King, Founder of The Moccasin Identifier Project and Welcome and Land Acknowledgement by Chief Stacey Laforme of the Mississaugas of the Credit First Nation, with musical performances by 2022 Juno nominated Manitou Mkwa Singers and the Mark Laforme Band, who performs a wide variety of musical styles from blues and soul, to country, rock and a lot more.  Set times are from 2 p.m. to 5 p.m. This concert marks the start of the Indigenous Live Music Serieswhich will be part of the Ontario Place Summer Live Music Festival starting on July 7th. Celebrate the First Nation’s heritage and culture with a walk through Trillium Park to the moccasin identifier engraved into the stone and visit 1000 Faces, the contemporary art installation that invites visitors to pause and reflect, encouraging communion, dialogue, reconciliation and relation. Ontario Place also has several great family-friendly options that are FREE, including daily screenings at Cinesphere of IMAX documentary films Asteroid Hunters and The Last Glaciers, find your ZEN with several outdoor yoga classes in Trillium Park, head to the volleyball courts and get your competitive spirit and sweat on or take a self- guided tour in partnership with ArtWorxTO. For the little ones, Imagination Playground will inspire their minds and hands to build fun sculptures. 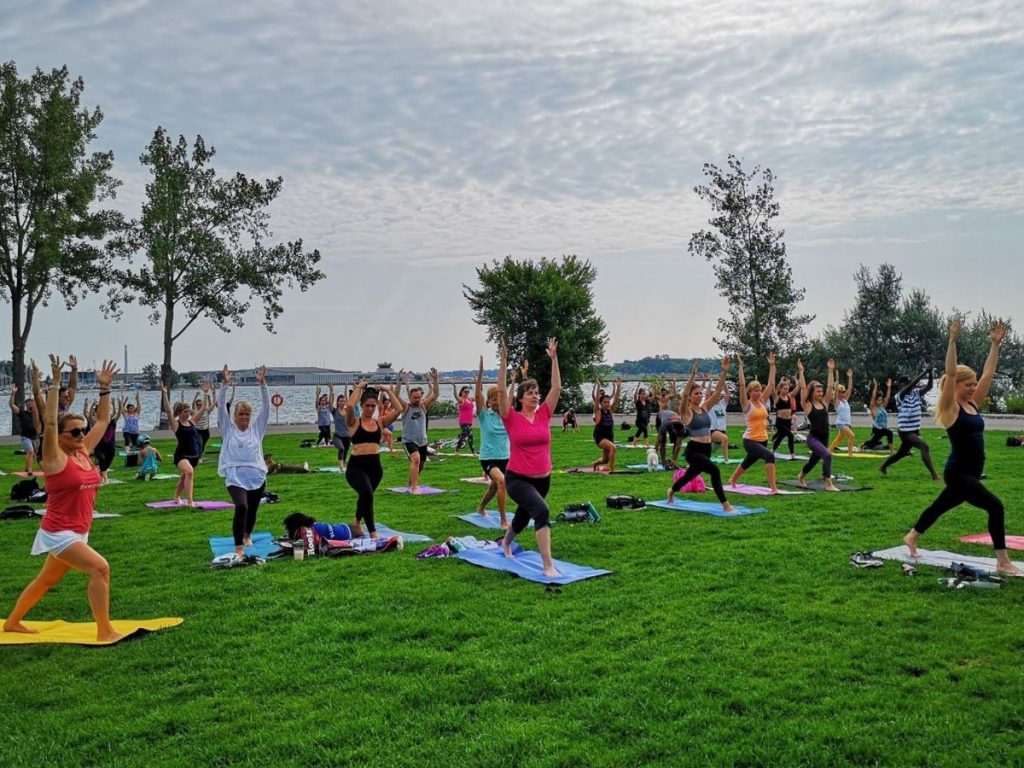 &Juliet: Princess of Wales Theatre. Performances have already begun for this new hit musical. Created by the Emmy®-winning writer from “Schitt’s Creek,” this hilarious new musical flips the script on the greatest love story ever told. & Juliet asks: what would happen next if Juliet didn’t end it all over Romeo? Get whisked away on a fabulous journey as she ditches her famous ending for a fresh beginning and a second chance at life and love—her way. Juliet’s new story bursts to life through a playlist of pop anthems as iconic as her name, including Since U Been Gone‚ Roar, Baby One More Time, Larger Than Life‚ That’s The Way It Is, and Can’t Stop the Feeling—all from the genius songwriter/producer behind more #1 hits than any other artist this century. Break free of the balcony scene and get into this romantic comedy that proves there’s life after Romeo. The only thing tragic would be missing it.

Advance Digital Lottery and Same-Day Rush Seats for & Juliet are available. This is an affordable means of seeing the North American premiere of this new hit musical. Regular ticket prices are $59 to $175; Lottery seats are $39 and Same-Day Rush seats are $39. Seats are located throughout the theatre, based on availability.

Summer of Seoul at the TIFF Lightbox: beginning July 8 and running through August, cool off by checking out this incredible showcase on New Korean Cinema auteurs and recent acclaimed films by emerging women filmmakers. Presented by TIFF Cinematheque, the summer series features a spotlight on Park Chan-wook’s early work, in anticipation of the theatrical release of Decision to Leave — for which Park won Best Director at this year’s Cannes Film Festival. The work of Lee Chang-dong, a crucial transitional figure — he marries formalist experimentation and personal vision with socio-political commentary — bookends the series with his masterworks Peppermint Candyand Burning. Summer of Seoul will launch on July 8 with an Opening Night celebration of Korean food, art, live music, and a rare in-cinema screening of the first two episodes of the classic K-drama Winter Sonata. 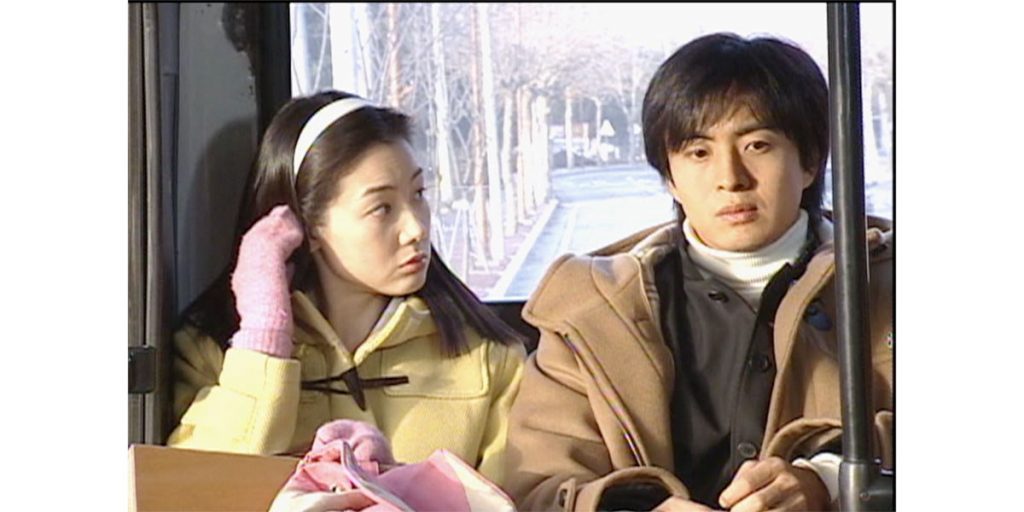 DETROIT:  Coal Mine Theatre: July 3 to August 7. A darkly-comic, searingly acute observation of the effects of deep economic uncertainty on the middle-class, D’Amour’s play revolves around two suburban couples meeting at a barbecue in a first-ring suburb just outside a city that might be Detroit. As the action unfolds, one couple reveals that they met at rehab, and neither is employed. A quintessential cookout quickly turns into something more dangerous. The show feels particularly poignant now reflected against our own current economic precariousness and ever-shrinking middle class.

DETROIT originally premiered in Chicago in 2010 and subsequently ran Off-Broadway in the fall of 2012. The hit play was shortlisted for a Pulitzer prize in 2011 and won an Obie award for Best New American Play in 2013 and has a history of star studded casts, including performances by Amy Ryan, Laurie Metcalf and David Schwimmer.

Toronto Outdoor Arts Festival: July 15 -17 in person. Visit with some of the country’s most talented artists face-to-face in this popular outdoor art fair. Over 300 artists will be in attendance in this juried show. Join in artist tours and talks.  There’s also fun for families and young ones with art workshops in partnership with The Power Plant Contemporary Art Gallery and Budding Art Buyers 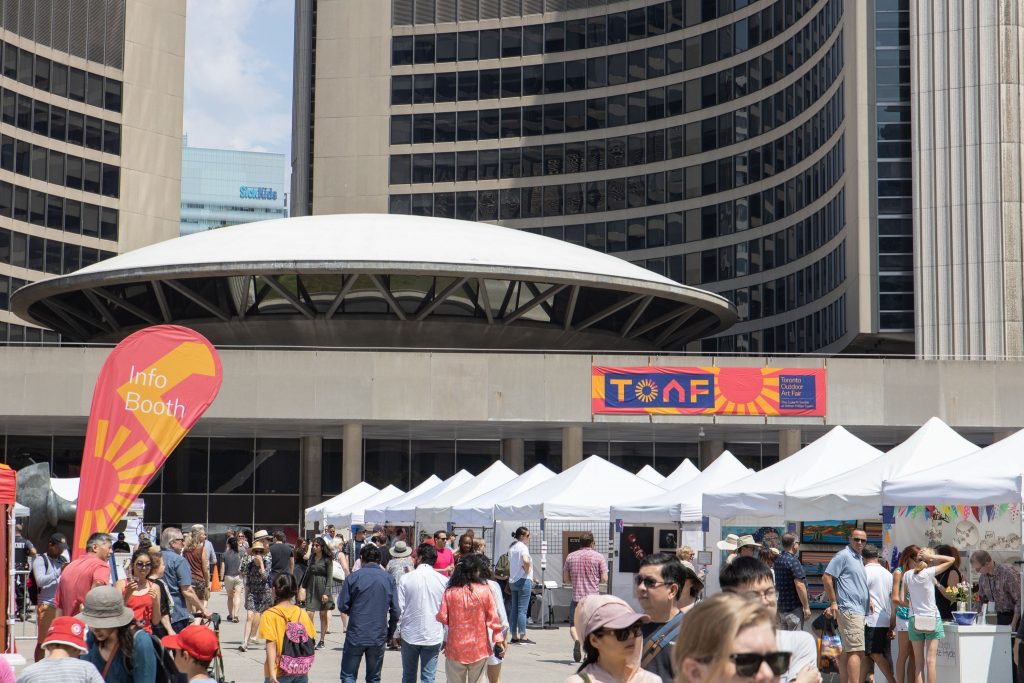 Bob Marley One Love Experience: opens July 1 at 1 Yonge Street. This North American debut includes never-before-seen Bob Marley photographs and memorabilia, while immersing you in a journey through his life, passions, influences, and enduring legacy. Venture through the One Love Forest, visit the Soul Shakedown Studio and delve into the multi-sensory experience celebrating one of the world’s most beloved and unifying musical figures. Not to be missed! 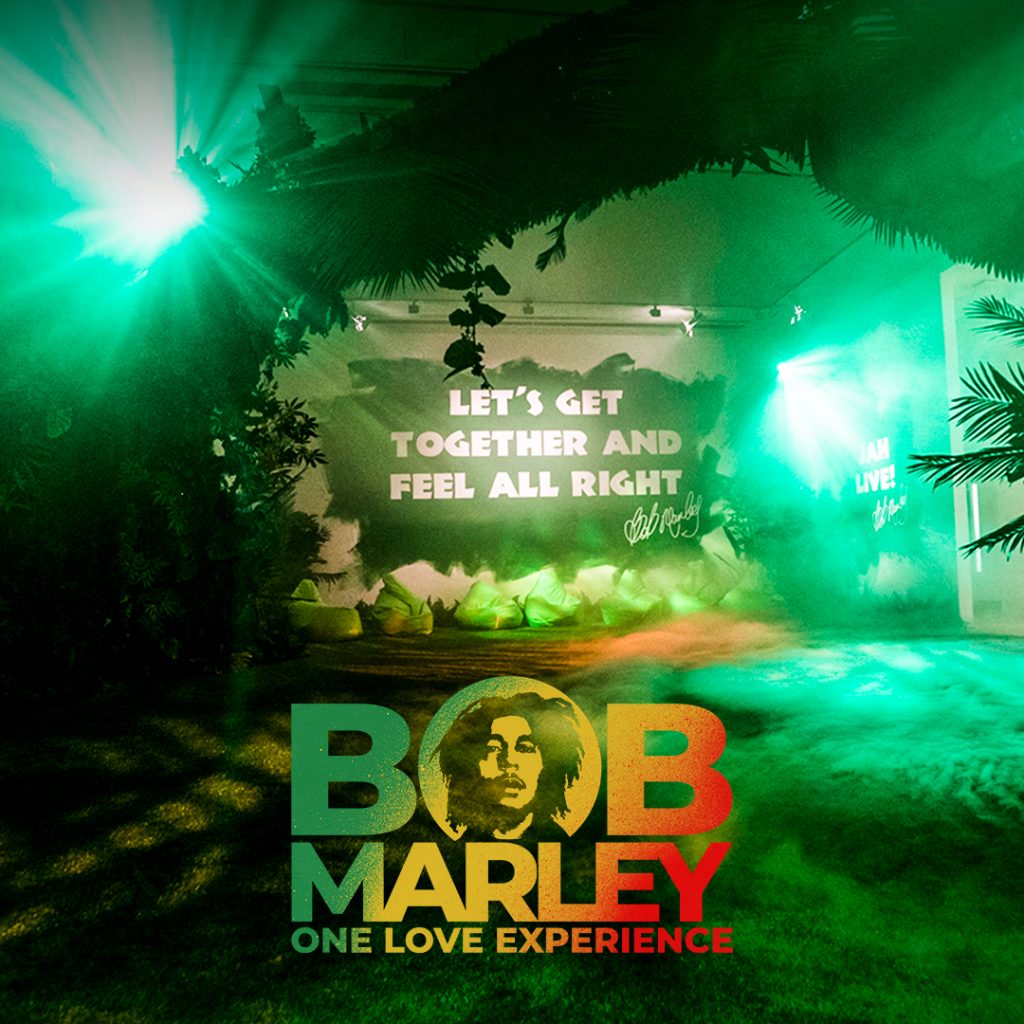 Toronto Caribbean Carnival: July 28-31. Celebrating the 55th anniversary of the Grande Parade which was first gifted to Canada by the Caribbean Community during Canada’s centennial celebrations, the Toronto Caribbean Carnival is a spectacular display of costumes, music, and culture. This Caribbean tradition of parading through the street was founded in celebration of freedom and emancipation from slavery and is appropriately celebrated on what has been recognized by the Canadian government as Emancipation Day weekend.

​Numerous ticketed events happening over the 4-day celebration including the glorious pageantry of the King & Queen Showcase (July 28 at Lamport Stadium), the incredible music at Pan-Alive (July 29 at Lamport Stadium), come jump up at the Grand Parade Day (July 30 Exhibition Grounds, free admission along the Lakeshore east side Ontario Place), and Carnival Flavours (July 31 at Stanley Barracks, Hotel X)

Families are invited to get a head start on festivities at ‘Kiddies for Mas’ events. Junior King and Queen showcase will be held at Scarborough Town Centre on July 10 and join in the family celebration on July 16 at Neilson Park, Malvern Community Centre. 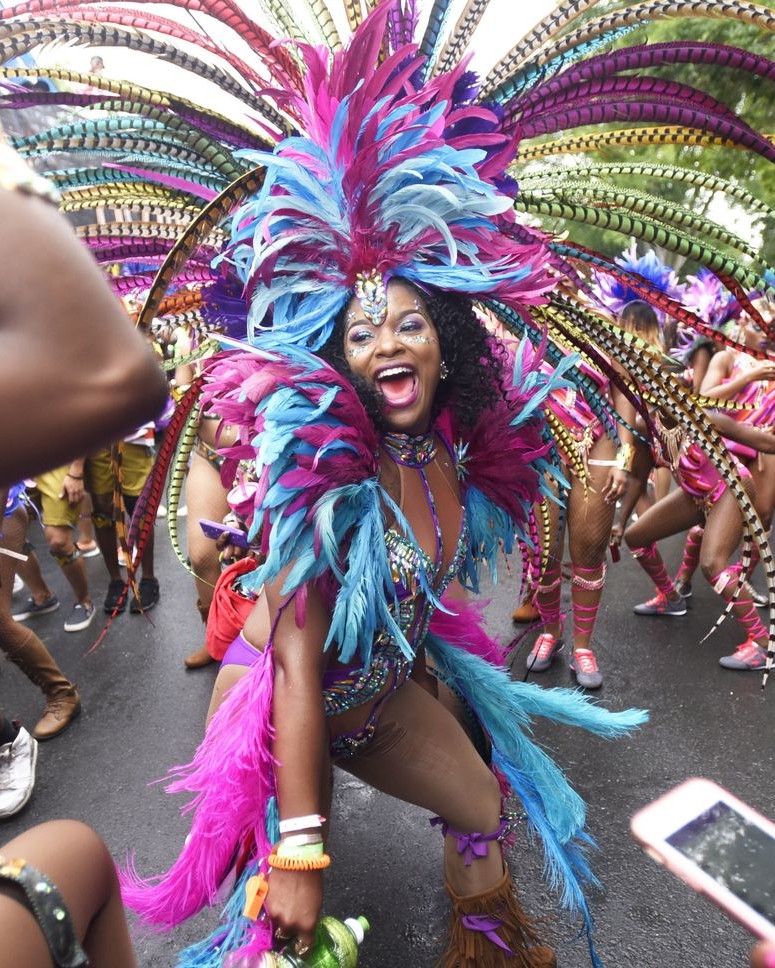 Grey Goose Vodka Yacht Experience: July 20 to 24. Feeling like it’s time to splurge a bit? Set sail with GREY GOOSE Vodka this summer as they bring the luxury of the French Riviera and hype of the VIP yacht lifestyle to Toronto! The brand is taking to open waters with Le Voyage, an unmissable event aboard custom GREY GOOSE Vodka yachts.

This experience is available from July 20th-24th, with a limited number of early-bird tickets now available for purchase online. Additional tickets will be released on June 27th, 2022. Each custom GREY GOOSE Vodka yacht will accommodate up to 8 guests during each experience, with a choice of 3 departure times per day. Grab your besties, get on board, and set sail with GREY GOOSE Vodka! Here’s what you can expect: While on board, guests can expect VIP service including: 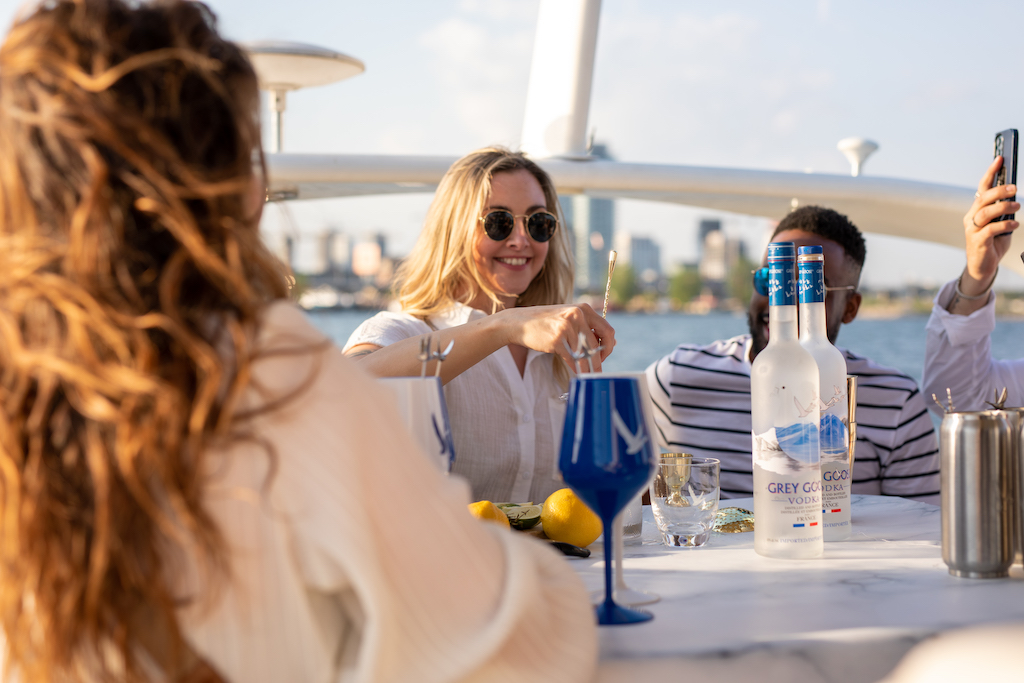 The non-stop programming includes some of the following: 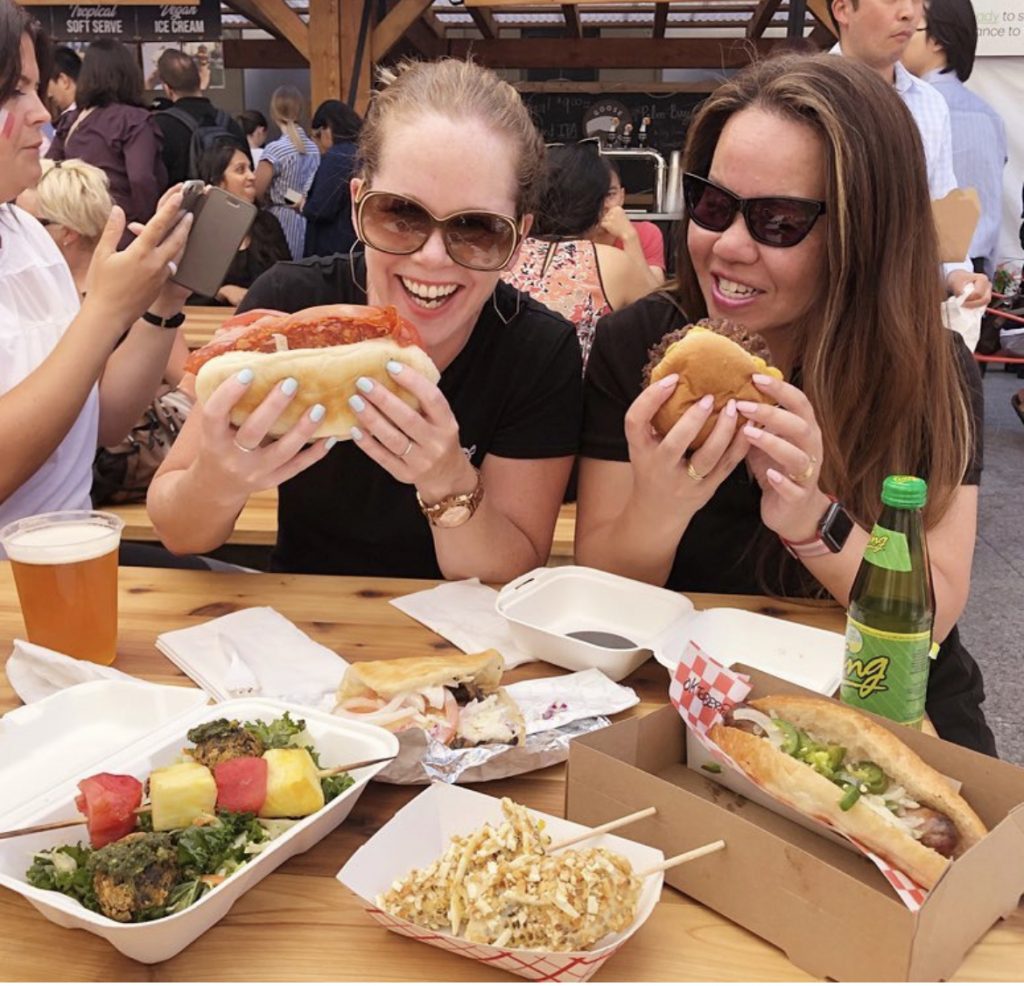 Toronto Festival of Beer: July 22 to 24, Bandshell at Exhibition Place. Featuring over 400 beers from local, national and international brewers every beer lover will discover new drinks and rediscover tried and true favourites at this sudsy festival. From lagers to stouts, fruit beer to ales, there will be something for everyone. #TOBeerFest features more than just beer; there are several non-malt based beverages available including cider, spirits, wine, and packaged mixed beverages. Food and live music entertainment will round out your day. 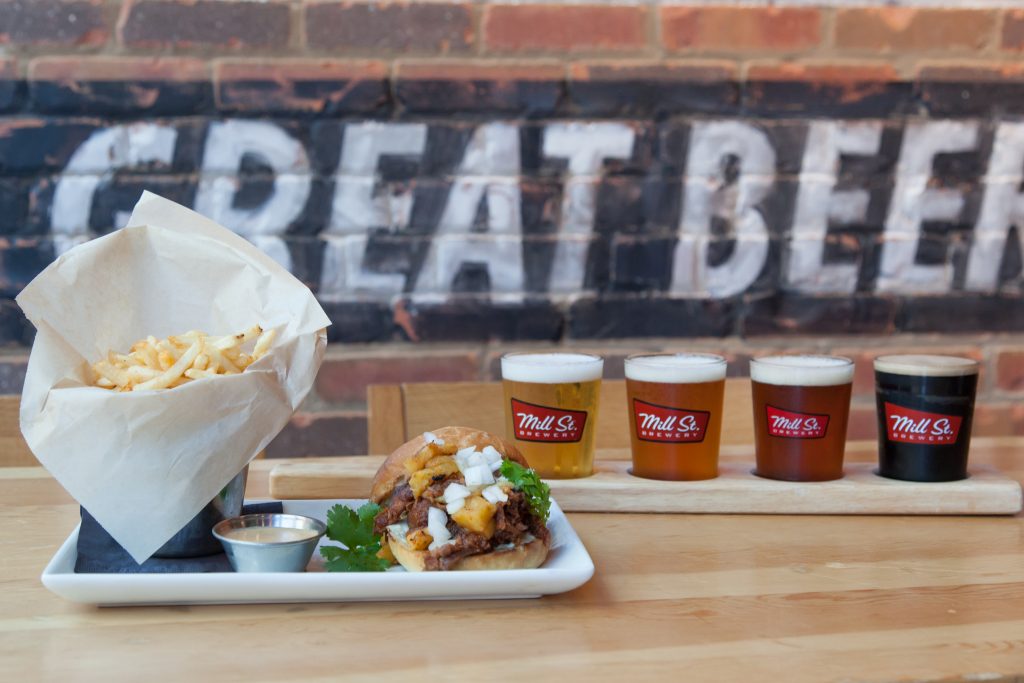 Smorgasborg Toronto: Waterfront at 7 Queens Quay East at the foot of Yonge Street. Starting July 23 for eight consecutive Saturdays, we’re keeping an eye on this new open air food market. Inspired by the popular Smorgasborg, Brooklyn, this weekly event gives way to up and coming chefs. That is, small mom-and-pop run shops and home cooks that offer something different and more regional in fare. Toronto’s food journalist Suresh Doss is at the helm and promises to curate the food vendors that will be worthy of exploration. Link to their site to get a peek at some of the food vendors already lined up here.