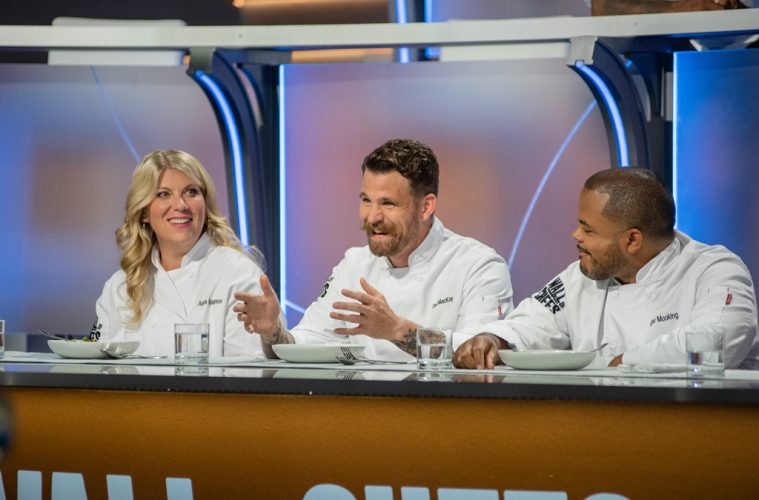 Wall of Chefs and breaking down barriers

Alida Solomon is known for her groundbreaking restaurant Tutti Matti, A Tuscan-Toronto import known for authentic Italian dishes. Now, as a judge on Food Network Canada’s Wall of Chefs, Alida is also tasked with delivering the sizzling verdicts alongside some other notable celebrity Chefs.

The season is well underway, with Home-Chefs bringing the heat with creative dishes and energy for cooking. We tracked Chef Solomon down for the scoop on this season.

Dishing all the Details

Living in Montalcino for close to seven years affords Alida a genuine interest and appetite for all things culinary, particularly for this region, in which her Adelaide Street restaurant has channeled. The rituals and traditions of cooking Tuscan food is a responsibility she takes with great pride. Simple and beautiful food that’s evolved in her twenty years as Chef/Owner of Tutti Matti. “We opened to SARS. This is now my second pandemic. No one I know has been in the restaurant industry long enough to know what that is like,” offers Alida.

To say she’s seen it all would be accurate, citing the aforementioned pandemics, and while we’re at it, two recessions as well. The determination to succeed, and the resiliency to do so, is what makes any good Chef a great Chef. So it’s fitting that Alida would credit the at-home-cooks as a source of inspiration.

“You don’t realize how the general public make such a grand effort. Some home cooks were so inspiring, things we didn’t expect at all. Making pasta from scratch in 40 mins, the energy was so contagious. It was an energy I can’t explain to people. Just totally positive. I’m not blowing smoke either! Chefs forget that people have been at home were pushing themselves personally as cooks, and here you really get to see that! When you learn something from an amateur that’s super inspiring.”

Catch Wall of Chefs Mondays at 10pm EST and don’t forget to set your PVR too!

Working alongside friends like Lynn Crawford, Chef Todd Perrin, and the rest of the cast and crew meant meaningful connections and some heavy conversations. Filmed at the height of the pandemic, Alida credits her co-stars for support during this difficult period. As fellow business owners, they broke bread and spilt the tea on how to survive, something I’m sure the contestants also had in common with their all-star judges.

Feel free to fangirl over Alida and her talents in person, if you find yourself in Toronto, book ahead at her institution Tutti Matti.

Interview may be edited for length/clarity. All images courtesy Food Network Canada.