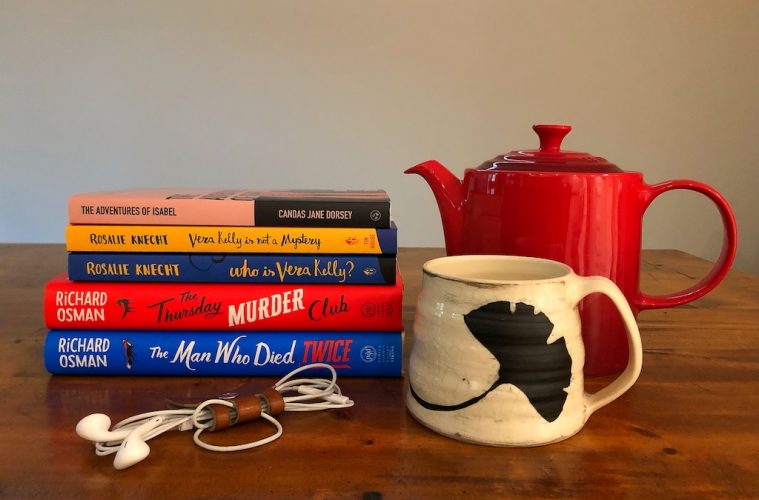 With mysteries, as with romances, there is a fine balance between sticking to the formula that gives comfort to readers and innovating enough to make the story fresh.  In this fabulous mystery haul, I am focusing on unusual sleuths as the innovation.  From cozies to horror, what all of these books share is a twist on who does the detecting. 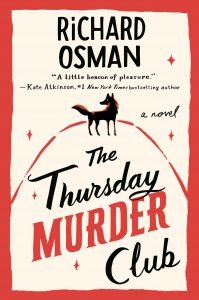 The Man Who Died Twice

The Sleuths: a group of friends at a retirement home

The second in Richard Osman’s runaway success Thursday Murder Club series was just released, and I am already counting down until the next one.  A group of friends at a retirement home meet on Thursdays to solve cold cases, and they soon find themselves with real dead bodies on their doorsteps.  In the category of cozy, these books are hilarious, wonderfully well-plotted, with a cast of characters so well and so lovingly drawn, you will be pulled right in.  Begin with The Thursday Murder Club.  I really envy you if you have these to look forward to.  I read them twice, I loved them so much. 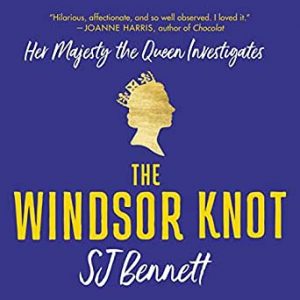 Yup.  That Windsor.  That Queen Elizabeth.  Miss Marple meets The Crown, this mystery is solved by HRH and her new Assistant Private Secretary, Rozie Oshodi, working quietly behind the scenes at Windsor Castle, where a body has been found in a compromising position.  There are descriptions of royal protocol for the palace-curious, attention to race and diversity to temper the tradition, and great lashings of laughs.  I would never have picked it up, thinking when I first heard about it that it was a gimmick, but a friend recommended it, and I loved it.  I listened to this one as an audiobook, which was wonderful for the accents.  Good fun. 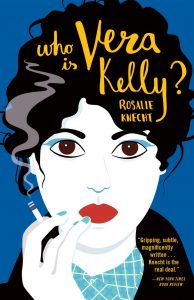 Who is Vera Kelly?

Vera Kelly is Not a Mystery

Vera Kelly is, in fact, a mystery, being so wholly a puzzle, I have a hard time even describing her.  The facts: Vera Kelly is a lesbian in 1950s New York, a time and place when it was safer to be closeted, especially after she is recruited by the CIA.  She is very much alone in the world, and her need to protect her identity informs the tone of the books, best described as noir.  Vera is cold and withholding, as might be expected if your job and life depend on secrecy, but there is something nevertheless to catch and engage.  I enjoyed these books almost in spite of myself, because it is so hard to like Vera, and yet I raced through both books and will be first in line to read more. 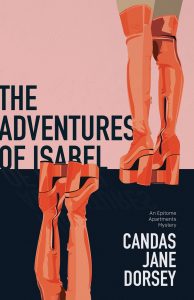 The Adventures of Isabel

The Sleuth: a queer, nameless social worker turned amateur detective with a fondness for the Oxford comma

This is a fun and quirky new series about a social worker turned detective.  Her name is not Isabel, despite the title (as she would be the first to tell you, don’t believe everything you read; the last page will reveal the significance of the title).  So woke it hurts, this wonderful story is populated by characters from the margins: sex workers, transsexuals, the homeless.  Street-wise, but tender, the detecting social worker seeks justice for them all, and there is an atmosphere of circus about the madcap goings on.  The next in the Epitome Apartments, What’s the Matter with Mary Jane, series will be out October 19. 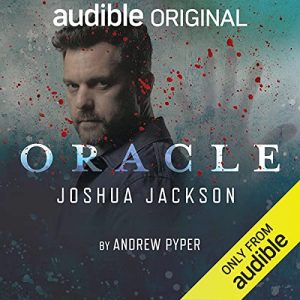 The Sleuth: Nate Russo, an FBI psychic with a direct line to a serial killer

Written exclusively for audio, Oracle is a story for fans of paranormal horror and thrillers, and Joshua Jackson does a great job narrating the book as a Canadian Audible Original.  Nate Russo is a reluctant sleuth, but he is driven to try to help prevent and solve the crimes of an extremely elusive killer.  His advantage and his downfall is that he has a psychic connection to the killer, and that comes with huge psychological baggage and narrative tension.

For those who crave more,  Audible’s Plus Catalogue features over 12,000 titles and is free to audible members, and includes the next title: 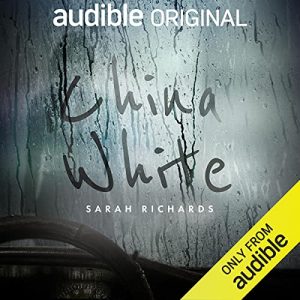 The Sleuth:  Styvie Savard, a disgraced ex-cop, living in her car

Another in the Canadian Audible Originals series, China White is the first in a new series by Sarah Richards.  Styvie Savard has fallen on hard times, and while it takes a while to learn why she has been fired from her job and dumped by her detective boyfriend, it takes no time at all for her to decide to track down and save the girl who ran into traffic and into her car.  Dharma is being played by both her drug-dealing brother and her abusive husband, and this story, set in Vancouver’s Downtown Eastside, is gritty and dark and full of tension as Styvie has to work outside of the law in order to help protect a vulnerable girl.