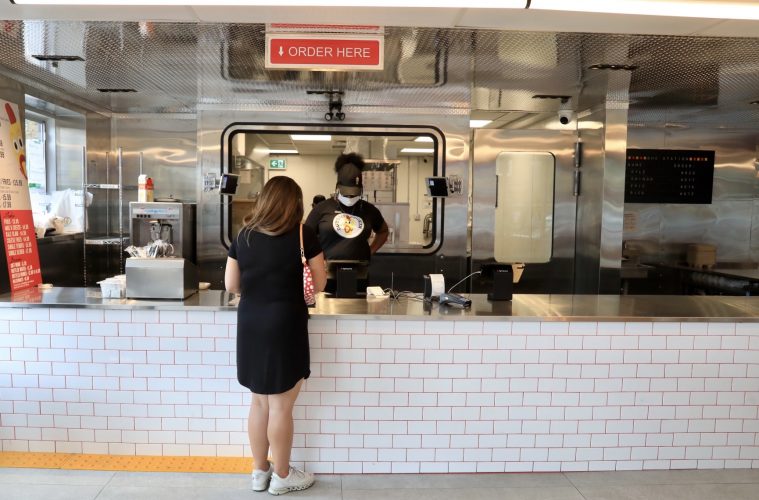 Looks like we made it to fall after all, and while we’re usually salivating with Scotiabank’s Nuit Blanche, traipsing around Toronto in search of impromptu art installs, but like we keep saying, there’s always next year. October will welcome back our boys in blue, raps in red and some Halloween fun, we hope. Get vaccinated, wear a mask, and let’s get on with it!

Here’s where to go and what to eat this month in Toronto.

This weekend will welcome art enthusiasts of all walks of life to the first-ever Geary Art Crawl. Venture down Geary between Ossington to the west of Dufferin to soak up music, art and food, get tickets www.gearyartcrawl.com

We’ve been clinking glasses and toasting to the upcoming outdoor Toronto Cider Festival, running all month long at two very apple-centric locations, in Caledon and Niagara on the Lake. Get more details https://www.torontociderfestival.com/

The final few days of a sorta ho-hum effort are running down the clock. Until October 3rd restaurants are offering discounts through DineTOgether, a program offering meals from $15 to $50 in $5 increments.

Eataly has announced a new dining program, Quattro Mani which brings some of Toronto’s top chefs together for a delightful pizza party benefitting the chef’s charity of choice. Next up? On October 14th Chef Pasquale Russo from Gusto 501 benefitting FoodShare.

If you’re not a complete ‘fraidy-cat, head over to Casa Loma for their extra-frightening haunted castle experience, complete with live actors, angry clowns and a projector that casts a perfect moon over top the CN Tower. Drinks and fun are also up for grabs, so make a night of it! Get your tickets at Legends of Horror.

CLIO on King West is a new private members-only club offering drinks and definite swag with a selective membership process backed by club king Charles Khabouth. The space features multiple lounges, a restaurant, a cinema and yes, people watching. Membership is vetted by a recent headshot and two members vouching for you, looks like we made it, folks.

Baro is back and relaunching under Executive Chef Brent Maxwell. Originally run by everyone’s fave spicy Chef Steve Gonzalez who recently relocated to Costa Rica with his wife to take over a family-owned hotel and restaurant concept, something Chef hopes Canadians will one day travel to check out in person. In the meantime, Chef Brent has you in his very capable hands. Stay tuned for more on his all-new menu.

1 Hotel Toronto has opened. The Starwood Property boasts 112 hotel rooms and 21 suites with soaring skylines of downtown Toronto. Located on Wellington West, we’re excited to scope out the 1 Kitchen concept as well as Harriet’s Rooftop located on the 16th floor affording poolside views as well as panoramic city skylines. We’re coming in hot Harriet!! Look for more on this concept as the grand reveal is set for later this month.

Weslodge has been removed from King West (and subsequently from Charles Khabouth’s portfolio too). The show will go on though, under ex-partner Hanif Harji’s capable hands, renaming and renovating as Pink Sky.

We’re waiting a bit longer but diamonds take a while to polish! Cactus Club Cafe originally planned for a September 2020 launch, but we all know what the delay was (cough cough). Signage is now officially plastering the corner of Yonge and Sheppard, so we know it’s coming soon!

With the dust settling on the historic Park Hyatt it’s a fine time to celebrate with a glamourous reopening. Joni is the jewel of this rebuild, a bistro built for breakfast, lunch and dinner.

Chef Suzanne Barr is getting set to unveil her new space with a teaser image on her Instagram. She’s tight-lipped on the details but we can’t wait to see her next moves, learn more about this all-star Chef in our interview here.

Nu Bügel at Midtown is getting ready to roll! Best known for their original location in Kensington Market, Yonge Street will see the second location open this fall.

Gladstone Hotel will reinvigorate its food and beverage program with Executive Chef Richard Singh. Melody Bar will be reopening in the coming month on Queen West.

East Thirty-Six shuttered six weeks ago naming not only COVID but non-stop construction and barricades along Wellington East.

Head to Richmond Hill for the best BBQ Pork at the best price! Also, look for duck and other delicacies 🦆