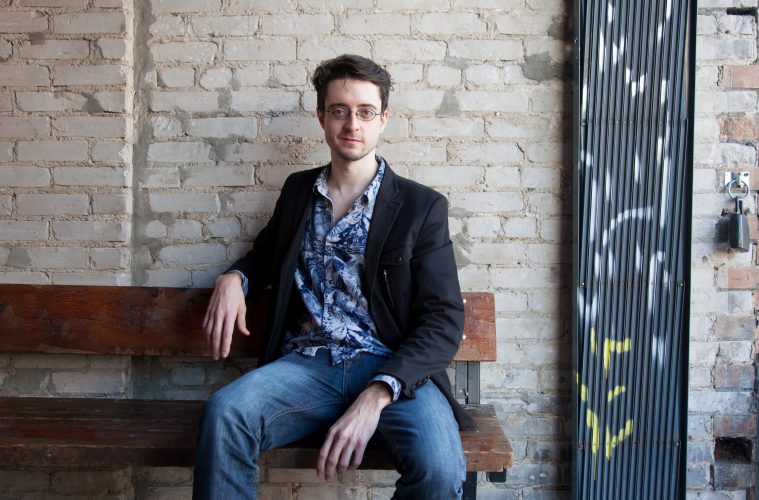 Luke Hayes is known for his sexy BYOB supperclub parties that helped secure Kensington Market as an off-the-beaten-path destination for dining, but when the pandemic struck, the funky-diabetic had to re-think his plans. All of a sudden inviting scores of complete strangers into his cozy corner was all but impossible.

We caught up with Luke earlier this summer and learned about his lockdown life, and what he’s been up to. Yes, Luke is still cranking out delicious eats from his Kensington kitchen, now with take-out kits of his clever and creative culinary meals instead of his usual sit-down supper club. While re-creating his supper-club vibe has been a challenge, to say the least, Luke didn’t stop there. Creative people are like, that, faced with a rock and a hard place, we’re punching a hole in the wall and escaping the mundane. Here, Luke explores his musical side as SEKSI, a mythical disco beast that pledges to party, pandemic be damned.

With December coming on strong, Luke’s dropping a new disco track just ahead of St Nick’s big day, look for Be My Christmas Dream Tonight on his Spotify track list below. or here on Soundcloud. Since we’re all laying low this holiday season, maybe consider some sexy apparel to go with that Christmas Carol, Luke’s got a whole line of clothing and accessories to stuff into your sweetie’s stocking.