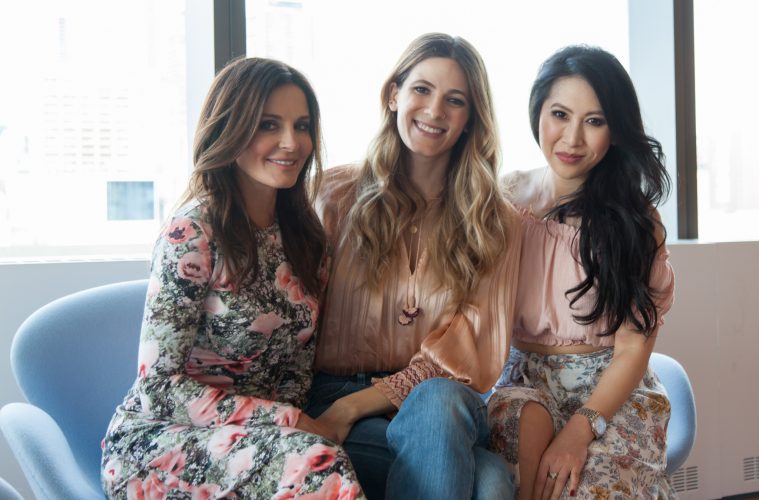 Top Chef Canada-Meet the women who call the shots

Top Chef Canada is back for it’s sixth amazing season, on Food Network Canada kicking off Sunday at 10pm EST. All the top judges are back for this heated competition of Canada’s best and brightest, with eleven men and women competing for the crown.
I chatted with three of the judges on what makes for a good competition, how they fought their way to the top of their own industry and what’s in store for season six.

Libby Roach– Each of you have very unique food backgrounds, all bringing a very different lens to judging a dish. Has there ever been a time where you have persuaded another judge to side with you?
Janet Zuccarini– Everything is subjective for every person. We definitely have different opinions and likes. We’re so honest and truthful, this show has a incredible level of integrity. Sometimes we’re sitting there for hours- if we have a tie, we have to figure it out. It’s in conversation and persuasion that we get to that decision.
Mijune Pak– Even if we do disagree, we have respect for one another, we all have different experiences and we respect that opinion even if we don’t agree. We’re able to come to a mutual agreement.
Eden Grinshpan– Travel is something that can certainly influence your opinion. Mijune knows about food from cultures that I don’t even know about. She can bring something up and educate me and force me to look at the dish in a different way. You’re coming from a place of not necessarily knowing the background, so when you do know it, you can approach it differently. It’s funny, certain judges have similar tastes. Mijune and I have a lot of moments where we really agree on specific things, and Mark will look at us like we’re completely insane!!
MP– …and Mark cannot handle a lot of spice either…
EG– I know! You give Mark a bit of ginger and he pours in sweat. I have to keep a napkin in my bag for him! But I learn so much from being on this show with Chris, Mark, Janet and Mijune. You eat food the way you know how, and then you’re surrounded by these people and their experiences and opinions and what they take away from the dish, and what they have to say, and you start growing.

LR– So it never comes down to boys vs girls?

EG– No, never.
MP– I never really look at gender when I do anything. I am in a tough industry, and I’m just trying to make it like everyone else. We’re all on the panel not because Janet is a GIRL restaurateur, Eden is GIRL Chef, it’s because they’re qualified people. That are legitimately good at what they do, and I’m super proud to be part of this group.
JZ– Everybody has strong opinions, everyone really respectful, we’re all respectful of everyone’s expertise, it’s such a great relationship. There’s no male vs female…
EG– I don’t think anyone has every talked about it, or acknowledged it, but now that you say it- it is pretty awesome! They’re outnumbered! Mark and Chris are part of the girl gang! We all just sit around drinking coffee and gossiping!

LR– Nicole won last season, which was huge. How does this season flow this year, there’s 11 chefs and only 3 of them are females.

EG– Everyone comes in the same way, doesn’t matter who won before. It’s high stakes, the most prestigious cooking show in the country. You gotta come in with your best foot forward. It’s all fair game. You know what you’re capable of in your own kitchen, but now you’ve added a new kitchen, cameras, the time limit, the pressure of the judges watching you…
JZ– And the time restrictions…
MP– It’s only a one month shoot. It’s tough.
LR– That’s intense- shot over a month? If the chefs have issues at home brewing…
JZ– Totally. I would have liked to see more women compete, but the reality of the industry is that globally only 7% are women. I’m really hoping we’re going to start seeing that shift. That’s the reality of the industry. It’s so male dominated.
EG– It’s so hard for women, especially for women with children too. The balance. Being on your feet all day, being in a kitchen…
MP– Even Mark admits, it’s a young man’s game. It’s so physically hard.
EG– Historically, you think about food and cooking, and it’s women in the kitchen. but in an indsutrial kitchen, it’s totally male dominated.
JZ– How physically demanding it is!
EG– The pots, the pans, the heat. Being on the line, it can feel like standing in front of the sun. It’s overwhelming. Being a mother now, working those hours, it’s insane. But that being said, I agree with Janet. I would love to see more women in the kitchen, showing us what they got!
JZ– We need more balance in the industry. Physically very challenging, but once you get the the Exec Chef level, you don’t have to be there doing it- you’re training new talent, I want more women to know that you’re not on the line for the rest of your life.
JZ– Lean in, we need more balance. Historically, we’re the nurturers, but that translates to being a great leader, it’s the same skills.
EG– You can always tell when a woman is charge in the kitchen! There’s such an elegance, you just can tell.

Interviews may be edited for length and or clarity.