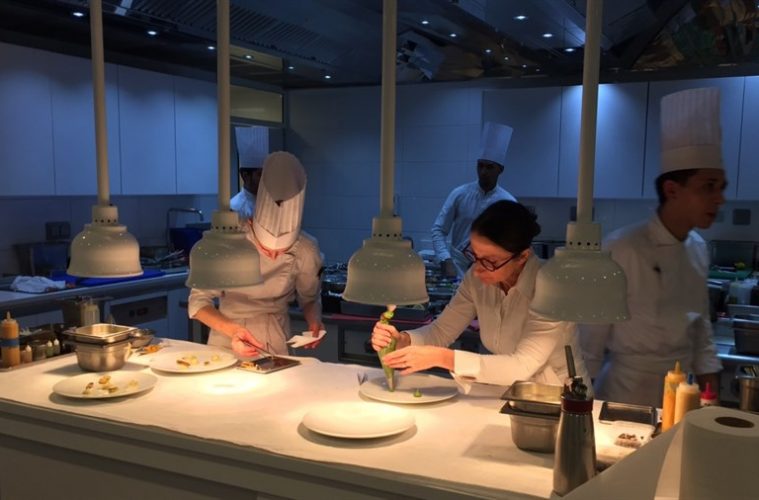 The 25th edition of Hot Docs Canadian International Documentary Festival is happening in Toronto from April 26 to May 6, 2018. This year’s will screen 246 films and 16 interdisciplinary projects from 56 countries with work by female filmmakers representing 50 per cent of this roster. Amazing! If you’re looking for meaningful and insightful titles this year’s line up will definitely have more than a few worth putting on your list. Here on AuburnLane we are in constant awe with the creative minds that help shape our world and during Hot Docs, we’ve made our list of documentaries either by  women who are the filmmakers or those who are featured.

We should point out, The Silence Breakers program is also worth exploring at this year’s Hot Docs Festival. It features stories of brave women speaking up and being heard.

You can explore the full line up of films and schedule at www.hotdocs.ca

Here are our top 10 documentaries to consider putting on your list to see:

THE HEAT: A KITCHEN (R)EVOLUTION: Opening this year’s Festival is the world premiere of Maya Gallus’ The Heat, a glimpse into the kitchens of the world’s top female chefs. Seven chefs share their struggles to overcome a system of inequality and harassment while redefining the dining experience. Beyond the film, there’s a great opportunity to discuss the film over drinks. Join award-winning director Maya Gallus and chef Anita Lo to discuss breaking norms and forging new paths in hospitality. Details here.

SLUT OR NUT: THE DIARY OF A RAPE TRIAL: Activist and PhD Candidate Mandi Gray made headlines from 2015 to 2017 for taking her rapist to court. The film’s title is based on the tendency to privately designated a survivor either a “slut” or a “nut” in order to discredit her story. It’s a look at the legal, emotional, and physical struggles survivors face both within Toronto and in the greater society. Years int eh making, the film, directed by Kelly Showker, is debuting at what is a crucial point in history as the voices around #MeToo and #TimesUp are growing louder and stronger, dominating the news cycle and spurring social activism. 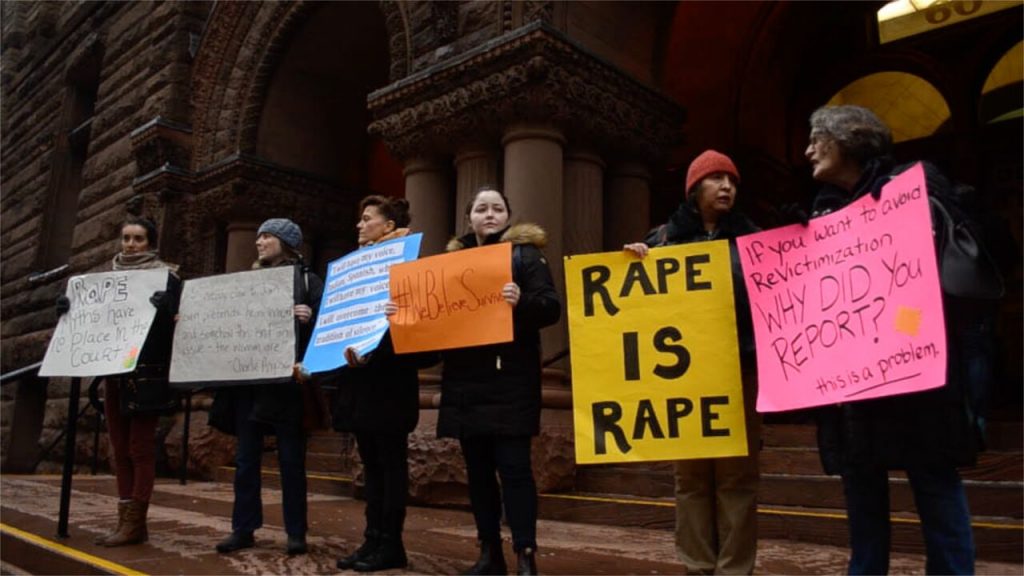 NETIZENS: Cynthia Lowen, founder of Feminist Frequency Anita Sarkeesian and victims’ rights attorney Carrie Goldberg is part of this year’s Big Ideas Series presented by Scotial Wealth Management. The film profiles women who are fighting back against online harassment. Meet the women confronting digital abuse. The internet has become a battleground and this documentary exposes those who are caught in between the fight for freedom of speech and high-profile privacy invasion. Women have had their lives destroyed. 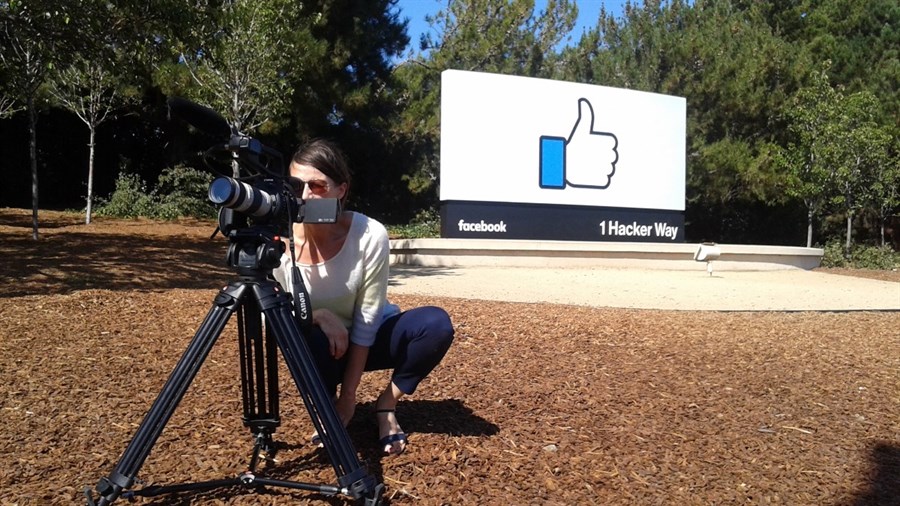 THIS MOUNTAIN LIFE: Follow a 60-year-old mother and her daughter on a self-supported six-month trek through the stunning mountain wilderness. Most of us would probably seldom venture into true wilderness. But living amongst us is a special breed of people. They are undefined by age, gender, profession or background. For them, the draw of the mountains is so strong that their lives evolve around it. They share the stories of a group of nuns they meet who inhabit a mountain retreat to be closer to God; a focused snow artist; a couple who have been living off the grid in the mountain for nearly 50 years; an avalanche burial and others. 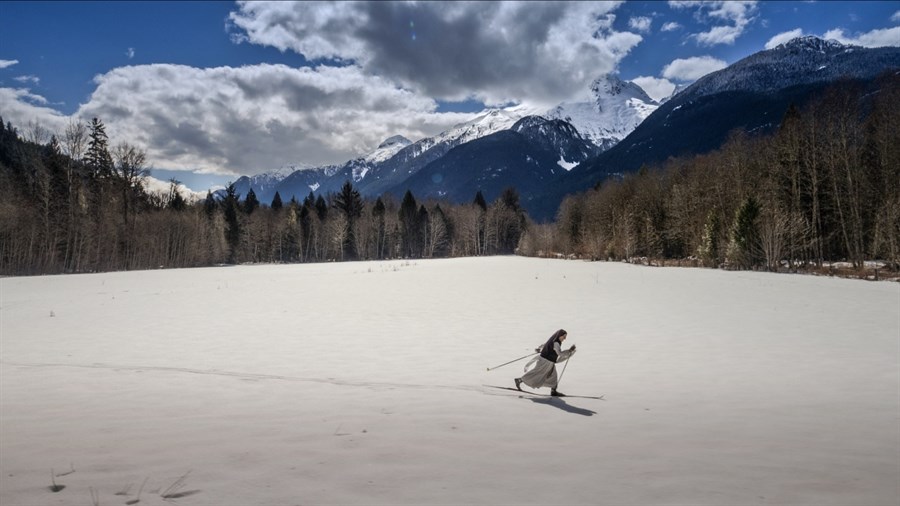 COMMANDER ARIAN – A STORY OF WOMEN, WAR AND FREEDOM: a 30-year old commander leads her female battalion to retake an ISIS-controlled city. When the war in Syria broke, a group of women from the Kurdish resistance assembled the YPJ- Women’s Protection Unit. Arian, who witnessed at a young age the treatment of sexual assault victims, leads the unit and dedicates her life to battling ISIS. 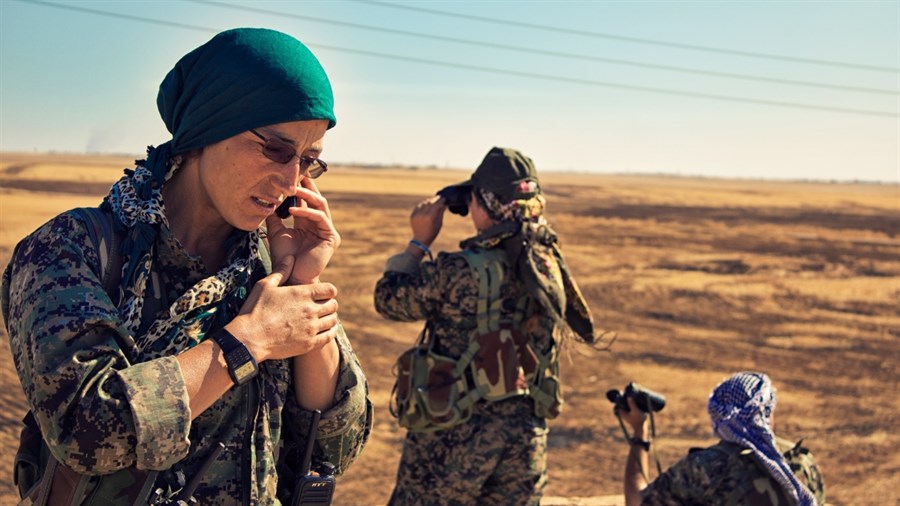 93 QUEEN: is about a lawyer and mother of six who creates her Orthodox Brooklyn community’s first all-female ambulance corps. The Hasidic neighbourhood is home to the largest volunteer group in the world. But the organization bans women from joining. This is a concern for female patients who have never been in intimate situations with men other than their husbands or immediate family. Rachel “Ruchie” Freier breaks the community’s glass ceiling to help provide women with dignified medical care but she’s met with hostility and resistance. 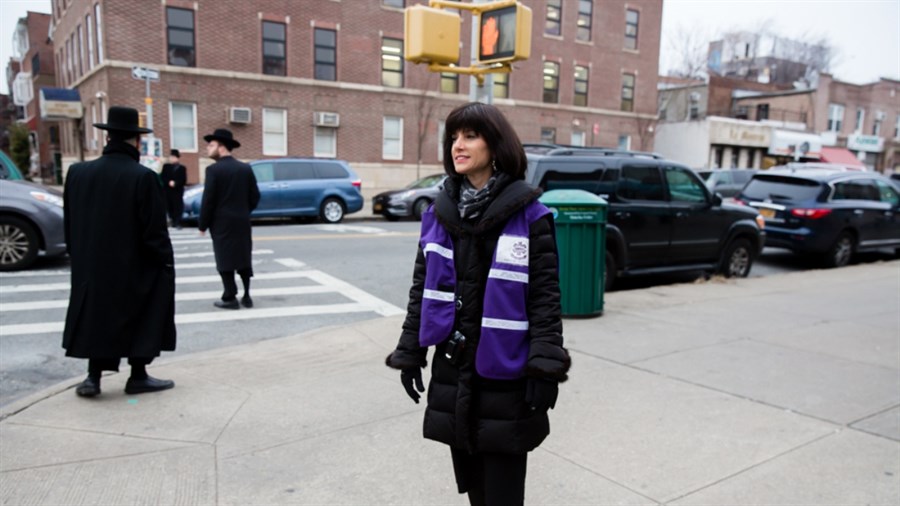 YELLOW IS FORBIDDEN: a behind-the-scenes runway look at the extravagant creations of Chinese designer Guo Pei. Born into a world of uniforms, this industrial school student gained international fame with her stunning creations. We can’t forget her jaw-dropping 55 lbs yellow gown worn by Rihanna at the “China: Through The Looking Glass” Met Gala (2015) that was first seen from Pei’s runway show in 2010.  Gowns are hand-made by a team of 500 workers trained in traditional artistry. 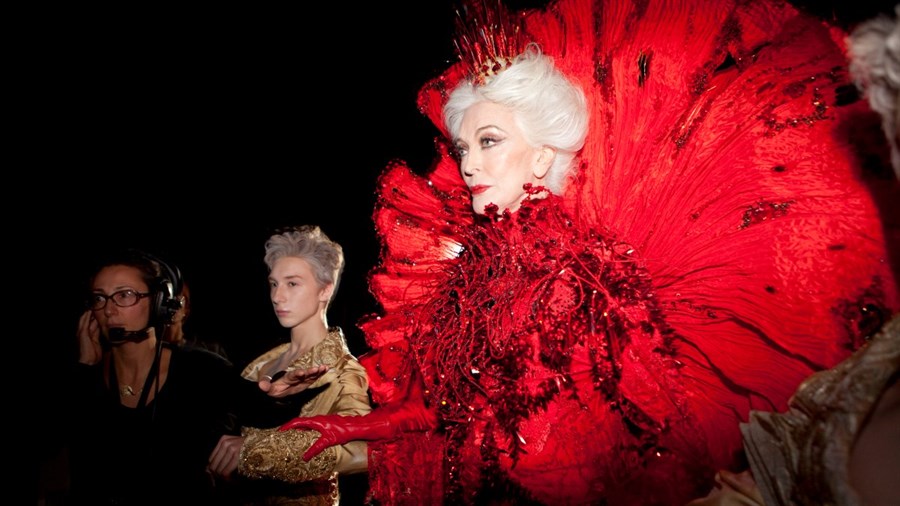 AFGHAN CYCLES: tells the story of Afghan women breaking the country’s gender barriers by training on the Women’s National Cycling Team. While not technically illegal, riding a bike in Afghanistan is seen by many as a morality crime that could result in imprisonment or even death for women who dare to ride. This film tells the tale of a cycling group in Bamiyan, as breaks through to reveal their freedom and dreams in hopes to change how society views them. 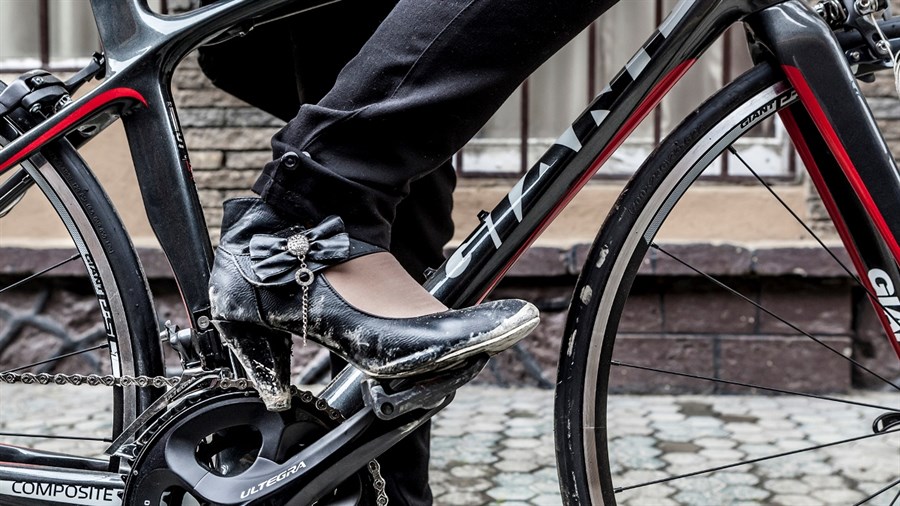 YOURS IN SISTERHOOD: a revealing look at the progress of feminism through the hundreds of strangers who read and react to 40-year-old letters written to the editors of Ms. Magazine the first mainstream feminist magazine. The conversations that emerge from these spontaneous performances make us think critically about the past, present, and future of feminism. 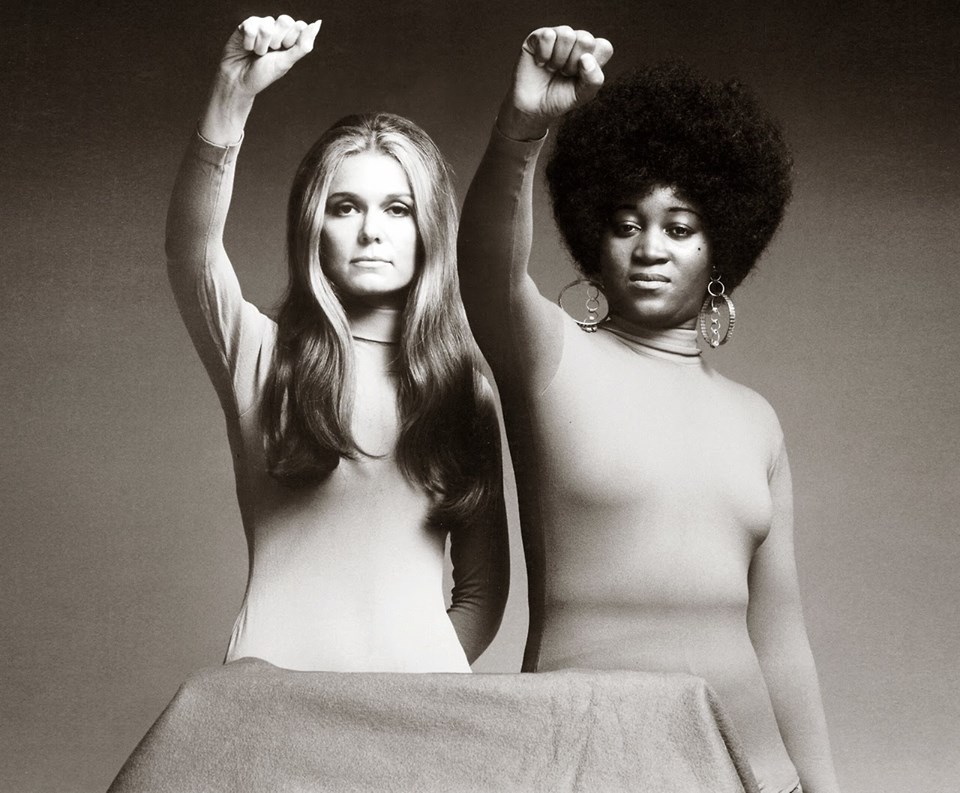 MATANGI / MAYA / M.I.A.: Mathangi started out wanting to make films. As an immigrant teen in London, she was fascinated by her family’s Sri Lankan history. Her artistic expressions has shaped her into music star M.I.A. She had many admirers and critics and one moment she experienced a multi-million dollar lawsuit. But though it all she continues to rebels and makes music for her fans. This is a look at into her fascinating life. 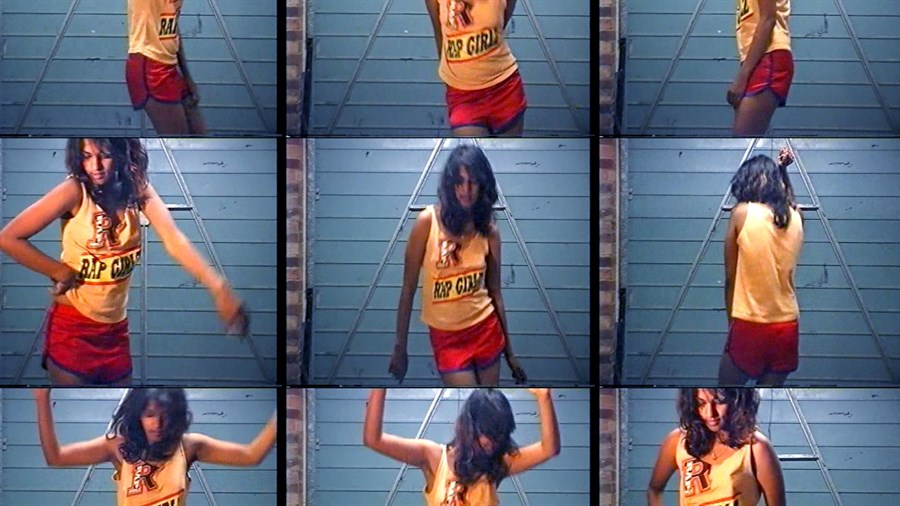