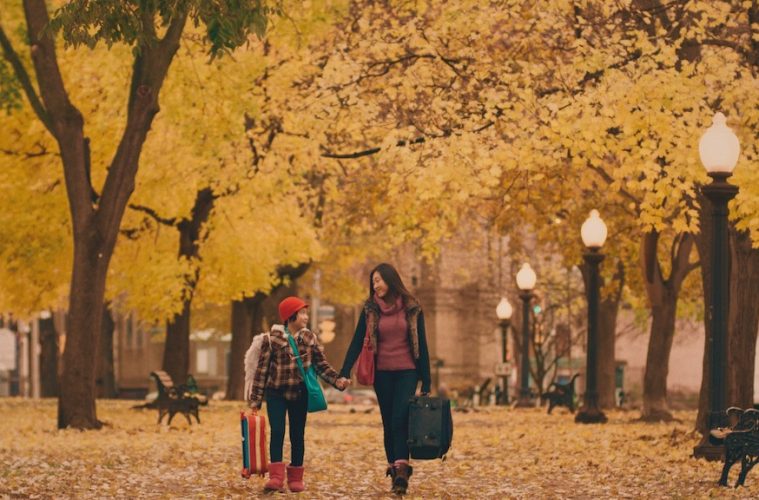 Writer, producer, and actor Tina Jung grew up in the entertainment industry. Both her parents were actors in South Korea before immigrating to Canada. So, it comes to no surprise that she’s a natural talent on and off screen.  You may already recognize this incredibly talented actor from shows including Suits, Kim’s Convenience, Good Witch and Second Jen. In the upcoming feature film Queen of the Morning Calm, Jung takes on a complex and moving leading role of a young mom trying to make a better life for herself and her young daughter.

The film’s title, Queen of the Morning Calm, is a take on the common reference to Korea as the “Land of the Morning Calm” known for the peacefulness particularly as sun rises representing a fresh new start. The storyline follows 29-year-old immigrant sex worker Debra (Tina Jung) and her self-aware 10-year-old daughter Mona (Eponine Lee), as they embark on a journey of emancipation. Debra understands her situation and while she has internal struggles with what the heart and mind want, she attempts to escape cycles of abuse and poverty while discovering her own self-worth. Jung delivers a strong performance by balancing Debra’s strength and determination along with her vulnerabilities and I can’t help but want her character to achieve her dreams of wanting a fair chance at life.

What drew you to this role and to this story line?

Tina Jung (TJ): The script itself was very complex, raw and dealt with a lot of heavy emotional journeys that Debra went through. It had a good message of finding self-independence and finding the courage to do something for yourself to change your life around when the odds are stacked against you. I thought it would be a good challenge as an actor to try a role that was new for me and I wanted to see how far I could take a character within this world.

This is a journey of self-discovery for both the mother and daughter. What did you learn about the character that surprised you?

TJ: Debra continuously surprises herself in moments of pressure. I think she had all the necessary traits to be an independent woman deep down but she buried that part of herself when she was on a different journey to find love. She gave away parts of her in exchange to feel wanted and loved back and cared for when really, she wanted those things for herself as in she wanted to take care of herself and should have put those efforts into her own growth. All she needed was that change of mindset and decide that she no longer wants to be the caretaker and instead she wants to live the life she always wanted for herself. She was already a strong woman, she just needed the courage to find it within.

So many different layers to her character from being a sex trade worker, to mom, to trying to do what’s right. What was the most challenging part of your character to learn?

TJ: All of it! Debra is the complete opposite of who I am, from her profession to being a mom, they’re not things I’m familiar with so I did a lot of research on my end to try and relate to these things that make Debra who she is. It was a lot to take on and try to make decisions and react and understand certain circumstances in her shoes but it was a very interesting lesson as an actor to juggle all of that and also come out of it safely when the director yells cut. 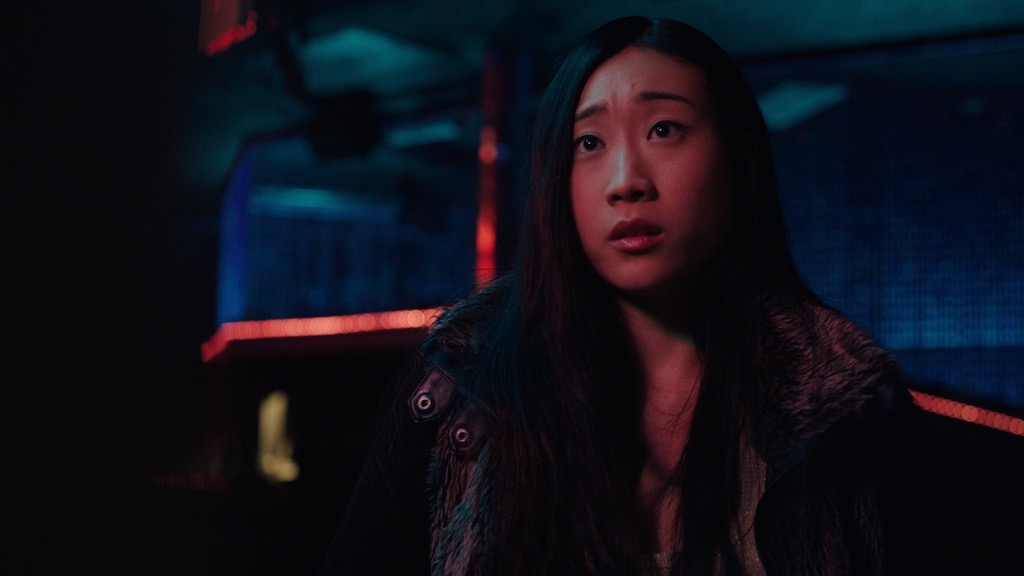 When Debra called her own mother that was heartbreaking. What was going through your mind when you watched that particular part?

TJ: I tried to understand the situation from both sides of Debra and her mother. To understand each of their own stories was important to see what the barrier was and their conflict and know why it’s so hard for them to go back to their old relationship. For Debra, the phone call came from the most desperate and vulnerable place to have to reach out to her mother after all these years in the most devastating part of her life. This is not the way she wanted to talk to her mother but her rejection of that phone call makes things even worse for Debra making it the lowest point in her life without having any safety net to fall on. I sympathized with Debra because no one should ever be in a situation where you have nobody around you who can help you.

More doors are opening up for Asian actors to play leading roles. What would be the dream role for you?

TJ: Being on a show like This Is Us following an Asian family storyline would be amazing. Also, I heard Marvel’s Silk is being developed right now so that would be pretty cool too.

The film has done well so far and will be opening in Toronto this month. Obviously COVID times has us changing how things are being done to help get the film on the public radar. How has that been going?

TJ: We were originally supposed to premiere this film at the Canadian Film Festival and a week before we were told that it was canceled due to the pandemic. Although we didn’t get to screen it then, they moved the festival online and it became a virtual screening and I think it was great in terms of getting this film out to audiences so they could watch it from the comfort of their own homes. I think it reached more people that way. Due to the rapid speed of sharing things virtually, I think getting the word out there has been pretty beneficial for promos and interviews.

Speaking of COVID times – what have you been up to over the past few months?

TJ: Spending more time with the family has been great for me and I’ve been lucky to be able to work through the pandemic on a few projects so stay tuned for that!

Queen of the Morning Calm is the first feature film by the award-winning writer/director, Gloria Kim. It stars Tina Jung, Eponine Lee, Shaun Benson, and Jesse LaVercombe. The film will be released theatrically in Toronto at Yonge & Dundas on September 25th. It will open in other major markets soon! Keep an eye on the film’s Facebook page for updates.