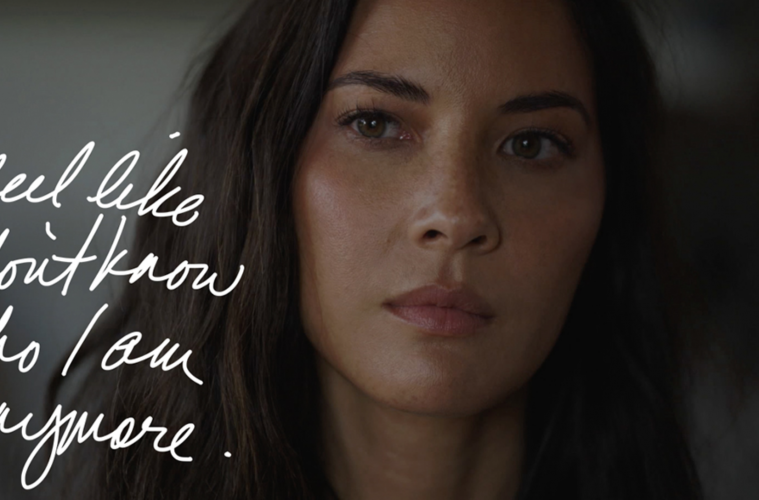 During the Toronto International Film Festival (TIFF)  I was invited to (virtually) attend the Women in Film Panel Discussion hosted by RBC that features well known filmmakers as well as emerging ones. This year, the panel included Justine Batman. The 55 year old best known for her acting career in her role in Family Ties, a sitcom that I grew up watching religiously, was in Toronto, yes in person, to premiere her film VIOLET starring Olivia Munn.

Bateman is known today as a writer, director, producer, and storyteller. During TIFF, she was gracious with her time as she shared her feature debut film starring Olivia Munn. An immersive film experience about a successful career woman in Hollywood in the high stakes and high ego world of entertainment.

The film’s synopsis: There’s a inside your head. It’s not the voice that tells “you can do it, go for it!” It’s the voice that tears you down. You call it your conscious or “your committee”. It’s the voice that tells you “Change that shirt. If you wear that to the party no one will talk to you.”Consciously or unconsciously you register this worse-case scenario of no-one-talking-to-you-at-the-party and you change your shirt. You keep making those choices, trying to avoid the voice’s “worse-case scenarios”. You do it in your professional life, your romantic life, your social life, until you are so far away from being yourself that you start to forget what that is.

VIOLET follows Violet Cader, a 32 year old film executive who is living this kind of life. She has made a decision to avoid these “worse case scenarios” and they have taken her away from herself. She has grown accustomed to this, to not be quite herself, and sees nothing amiss, until a friend’s comment makes her realize that The Voice has been lying to her. Her entire life. 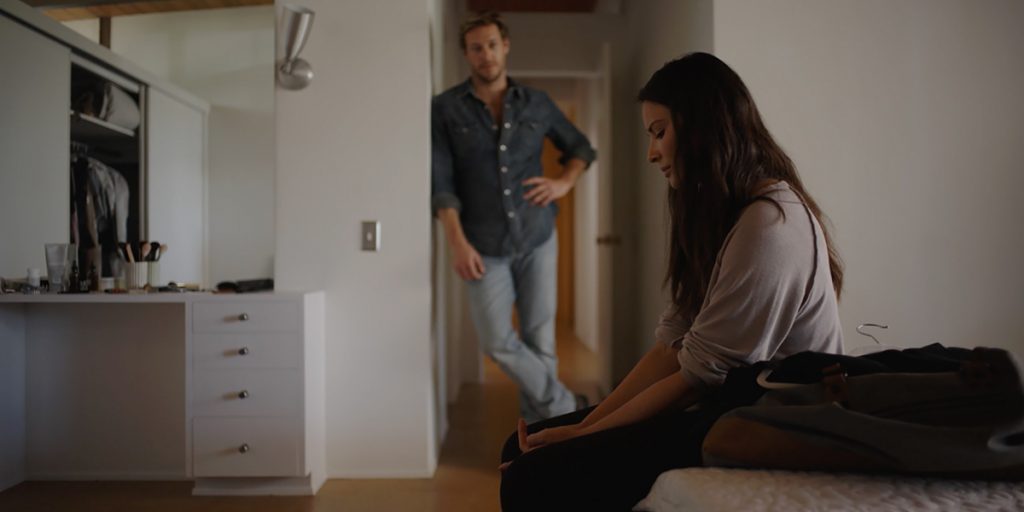 That inner voice that constantly gives her self-doubt is not the same voice of reason or the voice of intuition or instinct. It’s that voice that stops us out of fear and shame that can be debilitating to the point where you cannot breathe. In Bateman’s director’s notes she mentions there’s a difference between a life led by fear-based decisions, and one that is instinct based. The former will take you off your path, and the latter will take you more deeply into your path. “There’s often an assumption that one is born with one type of life or another, ” said Bateman. ” Many people whose lives are led by fear-based decisions can’t imagine that there could actually be a bridge from that kind of life to a free, instinct based life.

It reminded me about this quote …

Bateman has recently been flogged in trash media for her refusal to cave into the botox or whatever is the filler of the day. As someone who doesn’t believe in altering her appearance to conform to Hollywood standards (refreshing OMG) she’s boldly taking a stand and many of us are taking deep breathes of gratitude.

She’s knows what truly matters in life. She’s the real deal. She speaks what’s on her mind and with the courage to challenge convention. Her message is relatable on so many levels. Right off the top of my head I immediately think of several young sports figures and how they need to block out the voices inside (and outside) their heads in order to stay focused. Not easy.

I can recall my early years of studying marketing and advertising. “Sex sells” was the mantra and “we want to be aspirational”. HELL NO. Sorry, no. I, for one, am not buying it anymore. Bateman’s whole “believe in what you do” mantra is why our site is here. We don’t care what marketers “think” we should care about. We are not here for anyone to aspire to be us. We do, however, want people to be inspired to make informed and educated choices that are worth it to them. In other words, we want you to be you. Nothing we do us unattainable — there’s always a way. We open doors and we go through them. But we don’t want you to be us. THAT voice that makes you feel unworthy…is not what we need to hear. But yeah, it’s pokes up once in a while. How we deal? We ask ourselves “why” it’s there. Why does it matter? Why do we care? Then we listen to the other voice that gives us momentum to push through and trust your instincts.

During the TIFF Women in Film Panel discussion, Bateman along with filmmakers Shasha Nakhai (Scarborough) and Andrea Nirmala Widjajanto (Srikandi)  spoke up about surrounding yourselves with people who are on the same page as you. Work with people who have the same beliefs. Your community is important so treat them as such. Also work with what is true to your heart. If you’re a creator, a filmmaker, a storyteller make sure you wholeheartedly believe in what you put out there. Don’t do the work just to please other people or what you think other people want you to do. (again, that’s why we started AuburnLane). Your vibe attracts your tribe, right? Standing ovation from over here!

Bateman also added, “success is because you’ve at least tried… just go and get it!” Go after what you want because there will always be a way. Words have never been more true.

We all have those self doubts but after seeing VIOLET, I’m going to listen to my intuition more. I wish this film was made when I was younger.

If you have a chance to see VIOLET please do. Watch it with your daughters and sons.

Justine Bateman wrote, directed, and produced her debut short film, Five Minutes (2017), which premiered at TIFF before being selected by seven more festivals, including Tribeca. She is the author of two bestselling books, Fame (2018) and Face (2021). We’re looking forward to Bateman’s future directorial projects and telling the meaningful stories.

“Justine Bateman…is trying to push back against the notion that women’s faces are ‘broken and need to be fixed’…The book is a meditation on women’s faces, and the cultural pressure to be ‘ashamed and apologetic that their faces had aged naturally.’ —New York Times on her book Face: One Square Foot of Skin 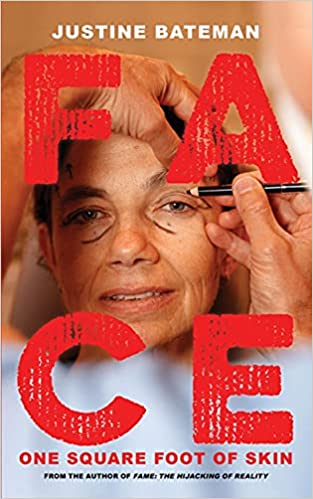 Thank you to RBC for the invitation to listen to three incredible women filmmakers in this panel discussion at TIFF.

RBC is a longstanding supporter of Canada’s flourishing arts community and a firm believer in the power of creative ideas invoking powerful stories. RBC was one of the first supporters of TIFF’s Share Her Journey program that has made an impact helping to amplify the voices of Women creators, actors and filmmakers at all stages in their careers.