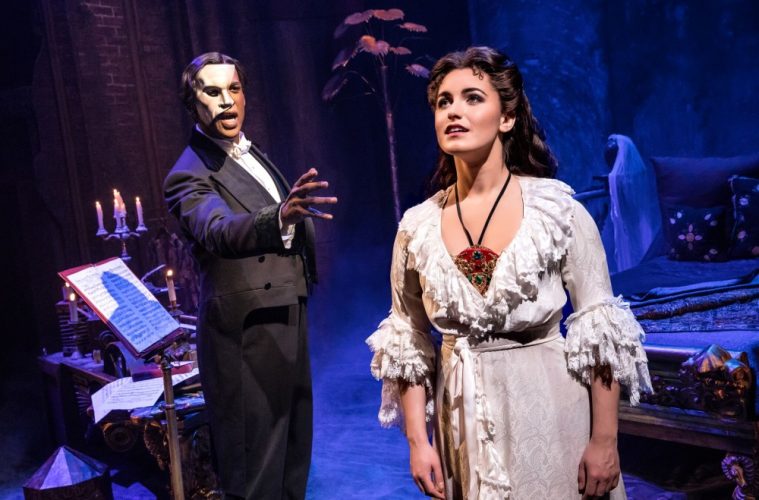 The Phantom of the Opera captivates Toronto once again

There are a handful of musicals that I would definitely see over and over and over again. The Phantom of the Opera is one of them. What is it about Andrew Lloyd Weber’s  musical version of complicated and twisted love that keeps luring us back? The songs are instantly recognizable and irresistible (read: hard not to sing along). Luckily the latest production is now on stage in Toronto at the Princess of Wales Theatre  but only until June 30th. And when you hear it’s produced by Cameron Mackintosh you know it’s going to be spectacular!

Cameron Mackintosh has been producing more musicals than anyone else in history. His roster includes the much loved and stunning Les Miserable, Cats, and The Phantom of the Opera. He’s also working the on the new North American Tour of Miss Saigon that will begin this Fall on top of the 22 other musical productions running globally this year.

The story takes place at the Paris Opera House that is believed to be haunted by an opera ghost. The Opera House changes management and notes were left to the new owners with several demands including the  replacement of the lead soprano with the young Christine Daae who he has been tutoring. Her performance was a success and she was soon recognized by a childhood friend Raoul, who was at the performance and they soon rekindle their relationship. However, the Phantom, who hides behind a face mask that covers his disfigurement is worried that he would lose her forever. He is obsessed with finding ways to keep her to himself.

So who is The Phantom in this production? American baritone  Quentin Oliver Lee takes the lead and he’s a mighty Phantom! Not just in voice but in stature. At 6 ft 6 inches tall Lee’s presence is a powerful one and he embraces the role whole-heartedly. These are really big shoes to fill and Lee has both feet firmly on the ground. Well worth listening to his voice as he embraces each note with so much passion that you can feel it deep in your soul.

The role of Christine Daae played by the talented Canadian Eva Tavares brings the sweetness and innocence into the role as one would hope. Hey, being die-hard fans of the musical there are just some things you cannot mess with and expectations run high.

But how do you make the role your own without disturbing the masses? You  CANNOT change the songs themselves – speaking as a fan. Yes, they are all intact and delivered with much love in this production.  But what also makes this production stunning  is the support of a refreshing set design making the songs that much more dramatic and moody. The set created by Paul Brown includes evolving technical wonders that are constantly shifting. Doors open, steps appear and disappear to engage the audience through a more intimate lens.

Some of us can recall the first time we’ve seen The Phantom of the Opera when it was in the city from 1989 to 1999. It was a grand musical that really stood out for it’s elaborate setting. It was my first “grown up” musical I saw with my mom — a tradition we carry to this day. Each and every time it comes to the city, we go. And this particular production? Mom says it’s her favourite by far. From the Phantom himself to the costume designs created by Maria Bjornson, to the incredible chandelier — the production hit every note and then some. 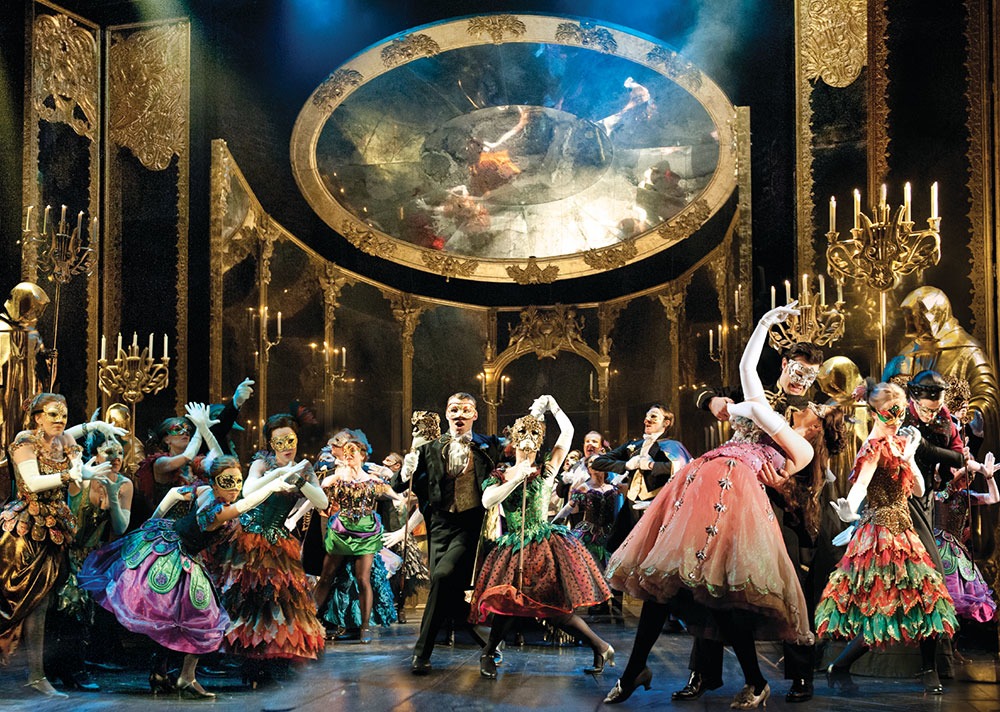 If you’ve seen The Phantom of the Opera before there are many reasons why you should revisit now. This stunning and elaborate production by Cameron Mackintosh offers a much more as we embrace the music of the night.

The Phantom of the Opera, originally was a novel by French writer Gaston Leroux. Story takes place in 1881. The writer was inspired by the rumours of a ghost that haunted the building which he frequently visited. Although the novel itself wasn’t as popular it’s eerie story attracted many artists to adapt it. Including a stunning film version in 2004 starring Gerard Butler and Emmy Rossum.

The cast and orchestra of 52 makes this one of the largest productions to tour.

The Phantom’s make-up takes 2 hours to apply including prosthetics and two contact lenses (one white and one clouded).

The Role of the Phantom has been played by Ramin Karimloo, Michael Crawford, Colm Wilkinson, Earl Carpenter, Hugh Panaro, Peter Joback, and many more.

Cameron Mackintosh’s The Phantom of the Opera (US Tour) is now on stage at the Princess of Wales Theatre in Toronto until June 30, 2018. Tickets available through www.mirvish.com