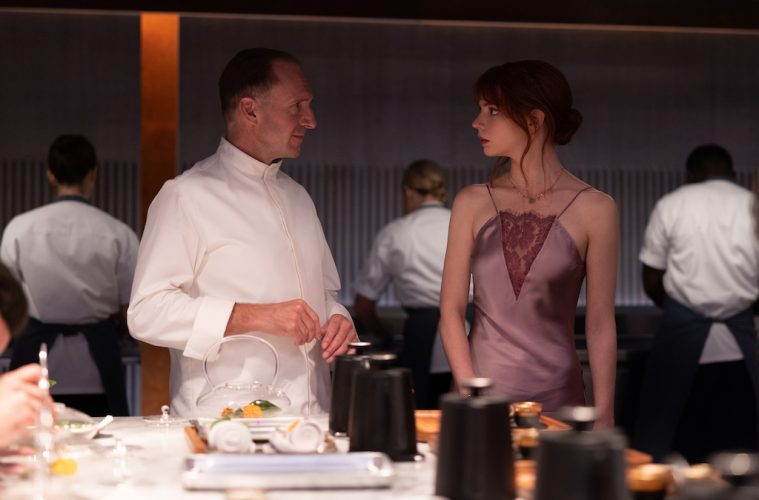 THE MENU is an unforgettable dining experience

I’ve been to high end restaurants with Michelin-starred chefs at the helm and where the experience was equally as intoxicating as the dishes themselves. It’s where sought after reservations are booked out months in advance and then I’d set two alerts on my phone and figure out how to get there. I am also obsessed with beautiful documentaries that give us a glimpse into a culinary master’s mind and the restaurants they run. Yes, I’ve fan-girled over the late Anthony Bourdain (and met him), swooned over Daniel Boulud (met him too), and devour every show and film I could on René Redzepi and other famous chefs from pizza to ramen. I know I’m not the only one. That’s why filmmakers and storytellers keep feeding them to us.

It’s no surprise that the film, THE MENU, would grab my attention. But buckle up! This isn’t your typical foodie film — it takes us on delicious wild train-wreck of a horror comedy and it feels all too relatable in so many ways. From the artistic, complex yet creative head chef to the army of staff that make their revered leader’s vision come to life to the patrons who pay top dollar for the opportunity to dine at the establishment — it’s world that is both satiating and fascinating and this film has a blast mocking everyone along the way. 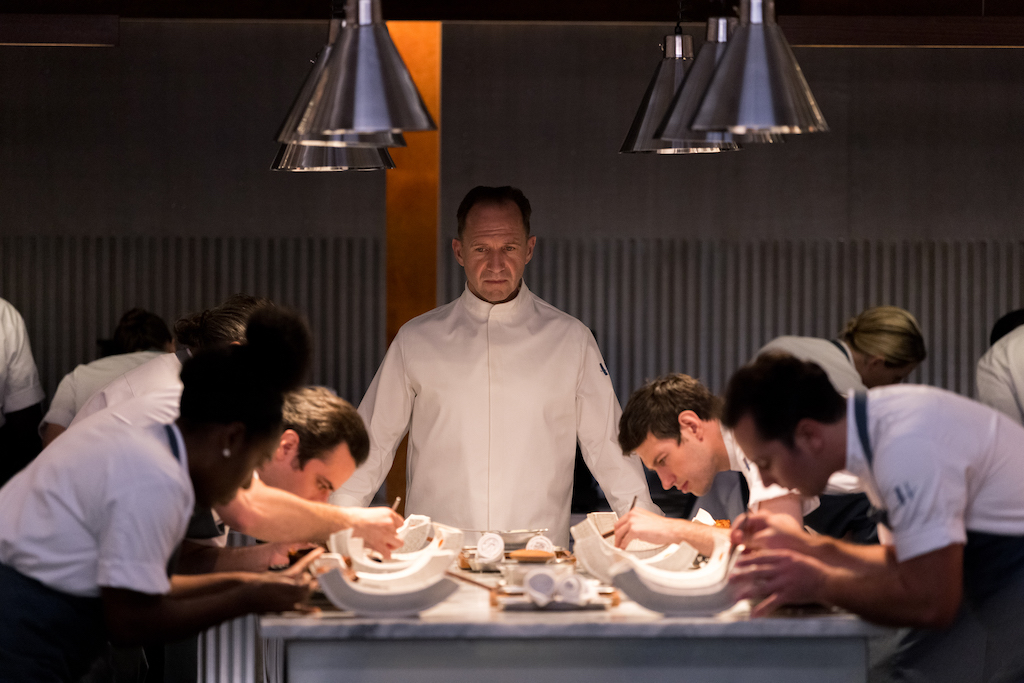 A couple (Anya Taylor-Joy and Nicholas Hoult), along with other foodie guests travels to a remote coastal island to eat at an exclusive restaurant where the chef (Ralph Fiennes) has prepared a lavish menu, with some shocking surprises.

It’s a meal they’ve been dying to eat or rather experience and the filmmaker fuels all the flames to lamb-baste the culinary elite — on both sides.

The characters are nuggets themselves. Here you’ll come across the Chef Slowik (Ralph Fiennes) that consider his dishes a form of art and creative expression. The food critic (Janet McTeer) and her editor (Paul Adelstein) who dissect every emulsion and foraged ingredient and may have ruined the careers of chefs. Then there is the “don’t you know who I am” expense account wavers who want bragging rights (Rob Yang, Arturo Castro, and Mark St. Cyr), the obsessed foodie (Nicholas Hoult), the has-been struggling actor (John Leguizamo) and his assistant (Aimee Carrero) and of course the regulars (Judith Light and Reed Birney) who can’t remember what they ate yesterday.

But you might have guessed there’s always one in the crowd who thinks it’s ridiculous to be paying hundreds for foam. That’s the unpredictable one. The wild card in this film is Margot (Anya Taylor-Joy) and she’s amazing!

At Hawthorne, the fictious restaurant that one can only access by boat and where the staff are just as quirky as the diners. Devoted Front of the House staff member, Elsa (Hong Chau) has some of the best lines in the film with her dead pan character. And the story line of advances towards a young female apprentice from head chef is one we cannot unsee.

A course from the film THE MENU. Photo Courtesy of Searchlight Pictures. © 2022 20th Century Studios All Rights Reserved.

It’s a dark but fun film that weaves in aesthetically beautiful close up shots of exquisite dishes and then quickly spirals into one hot and purposeful bubbling mess.

BTW I will never look at the bread course the same way ever again.

THE MENU is now in theatres everywhere.