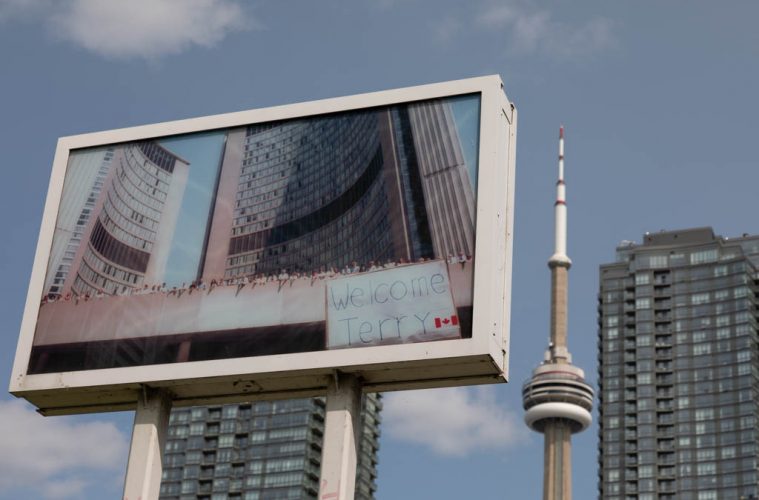 Terry Fox is more than just a Canadian icon. He was a national treasure. A marathon runner and a pro-fundraiser. Terry Fox died one day after my first birthday at only 22 years old. Think back to your early 20’s. What were you doing? It’s hard to fathom this sort of undertaking. The courage, determination and absolute will of Terry’s pledge to raise money for quite specifically not just cancer, but the research of it, is hard to put into words.

In his short time he quite literally changed the world. People now diagnosed with his form of cancer – osteogenic sarcoma have a much more favourable outcome. This is in direct correlation to his wish. Research, preventative medicine are the ways to beat this disease. Terry was driven by his time in the children’s hospital, kids younger than him suffering. He knew research was the way, eradication of the disease was his goal.

I grew up doing the Terry Fox run at school. We learned about his journey and ran km’s with cause. But it wasn’t until I was older and lost my own mother to this ruthless disease that I realized the importance of this now global event. No medals, no chip timing, no registration fees. And this year, following social distancing protocols, it’s a virtual run. Or walk. Or bike. Even if you raise just one dollar, you’re part of the solution. As one dear friend of mine said, after her decades of donating to my Terry Fox team, “Your cause is my cause.” And I couldn’t be more thankful. Thankful to Terry, on his 40th anniversary and astounding $800 million raised. And grateful beyond measure that my two daughters are taking up the charge. While we won’t have our usual haircut donating/bake sale/lemonade stand/old-school video game extravaganza, we still set our goal, we still will run, and we will always support Terry’s vision for a cancer-free world.

If you can spare a few bucks, here’s a link to sponsor moi.