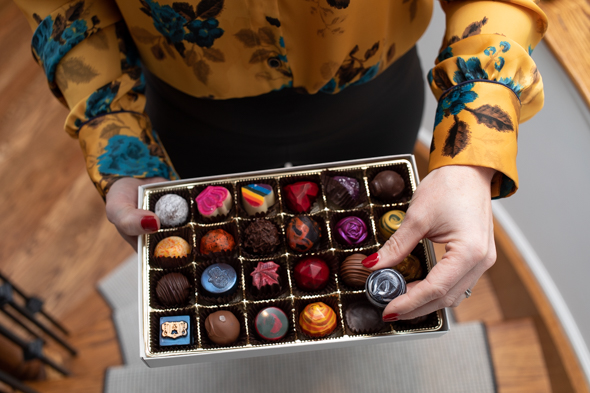 The Fantastic Foods of Toronto- Auburn Lane Eats in January 2022

January, if it could make a sound it would almost certainly be blaaaaaaaaaah. The unofficial sponsor of seasonal depression, January offers a spirit-crushing thirty-one days of sub-zero angst, and that’s just normal-non-pandemic times! Tuck in, check in with your friends and fam and keep your chin up. Sunnier skies are on the horizon, we promise.

While we settle back into this next-next-next lockdown faze if you can spare the money, support your local restaurant. While order-in apps make it easy, they take a huge cut. Accessing delivery options THRU social media like Instagram gives the operator a bigger slice. And if you can’t spare the dosh, you can still show support with your likes/shares and follows, so show up and show some love!

T&T announced they would be opening in early 2022 in the old Sears spot at Fairview Mall, dropping our favourite Asian grocery store into a pretty accessible pocket, with heaps of free parking and a TTC subway stop? Sounds rational, you sure this is right?

Our friends at Forbes Wild Foods moved earlier this fall to a new splashy spot at 1385 Danforth. Known as the place to meet at OOAK, this bricks and mortar means year-round access to their foragy finds, like wild mushrooms or super-ultra dark maple syrup.

Bannock is now Sap. That’s it, that’s the text! While O&B quietly renamed this vintage spot, their board game-esque invasion continues, snapping up the Duke of Richmond across the street. Word is also confirming a buyout of a few select Grant van Gameren’s restaurants from the aptly named Overbudget Inc, including Rosalinda which just launched their new menu late fall with a new Chef, after Matthew Ravenscroft’s departure.

Ben Heaton is now holding court at Isabelle Restaurant, nestled in at the Pearle Hotel and Spa. This beautiful lakeside property boasts all the finer things in west-end living, including a slick interior design from our friends at Studio Munge. Formerly of Byblos, Chef Ben is a big name attraction to dining in 905, damn, Toronto’s loss.

Craigs Cookies is open at Yorkdale Mall. Setting up shop by the TTC Subway entrance, which is alarmingly close to Lululemon and Sporting Life, get those steps in!

Track and Field has been flirting with a menage on their social media posts and now joining Bangarang and taking over the top floor of Track and Field, Hail Mary Bar opened in early December.

STACK Restaurant, known for its amazing smoked meats, ribs, doughnuts and all-star beers has opened a huge location in Oakville, right in Oakville Place. Meanwhile, enjoy this photo of their Yonge Street spot after the reopening!

Fair-trade, organic and from Toronto, Avoca Chocolates checks all the boxes, and now can check another box, a prime Ossington Avenue location, which just happens to be their biggest yet. With locations in Leaside and on The Danforth, this west-end spot is sure to save some east-end commutes. The gorgeous chocolates (lead photo) are perfect for treating yourself or pre-ordering for Valentine’s Day. It’s not cancelled, we checked.

Squeal worthy news can’t wait, and while I don’t have a newsroom my Twitter often functions as one! Signage splayed on the windows just north of Eg, right on Yonge’s west side, nestled in a new condo buildout. I can’t wait, honestly, this feels like the jolt we all need to remind ourselves that good times are ahead, and good restauranteurs have all the pivot plans in position. See you real soon Aloette, but probably not *that* soon.

East-end Veloute has announced its closure. A reopening is in the works, stay tuned for more on this Beaches restaurant.

After a historic run on College Street, The Depanneur is closing this month. Owner Len cited a sabbatical year to regroup and focus on the Dep’s cookbook launch.

Wong’s Ice Cream has closed up shop. The beloved ice cream and confectionary shop was a Toronto hotspot for our generation. RIP Ed, we’re gutted to lose you.

Kingston Social House has called it quits. The pub known for comfort food classics like Brisket Big Mac announced their closure in December and then moved the date up after the owners both came down with COVID. :/ Best wishes to them and hope to see them again soon.

We’re stocking up on easy-freeze finds from our friends at Continental Noodles with pizzas, pasta and full meals on deck, take the night off!