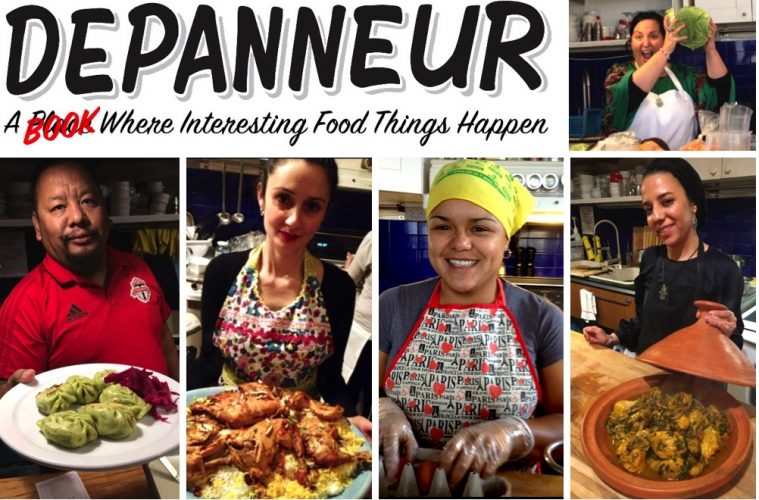 The Depanneur – Where Interesting Food Things Continue To Happen

If you are into food and you live in Toronto, chances are you have heard of The Depanneur, or “The Dep”, the city’s much loved, quirky restaurant/cooking school/community kitchen where “interesting food things happen”. 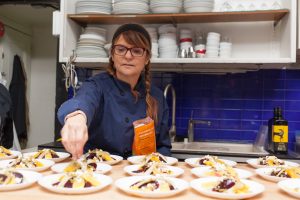 Yours truly cranking out salads during a supper club

I say those words in my sleep because I have spent the last few years making interesting food things happen there too. I teach classes – mainly my gadget focused Instant Pot, Sous Vide and Sous Weed classes, which have become a regular occurrence. Founder, Len Senater has also provided me with a space to get more experience with real-life food service as chef /line cook/dishwasher during my many drop-in dinners, supper clubs and private events.

At the start of each event, Len kicks off the festivities by welcoming everyone and introducing the concept of the place, outlining what The Dep is all about, starting with that line. A place where interesting food things happen. 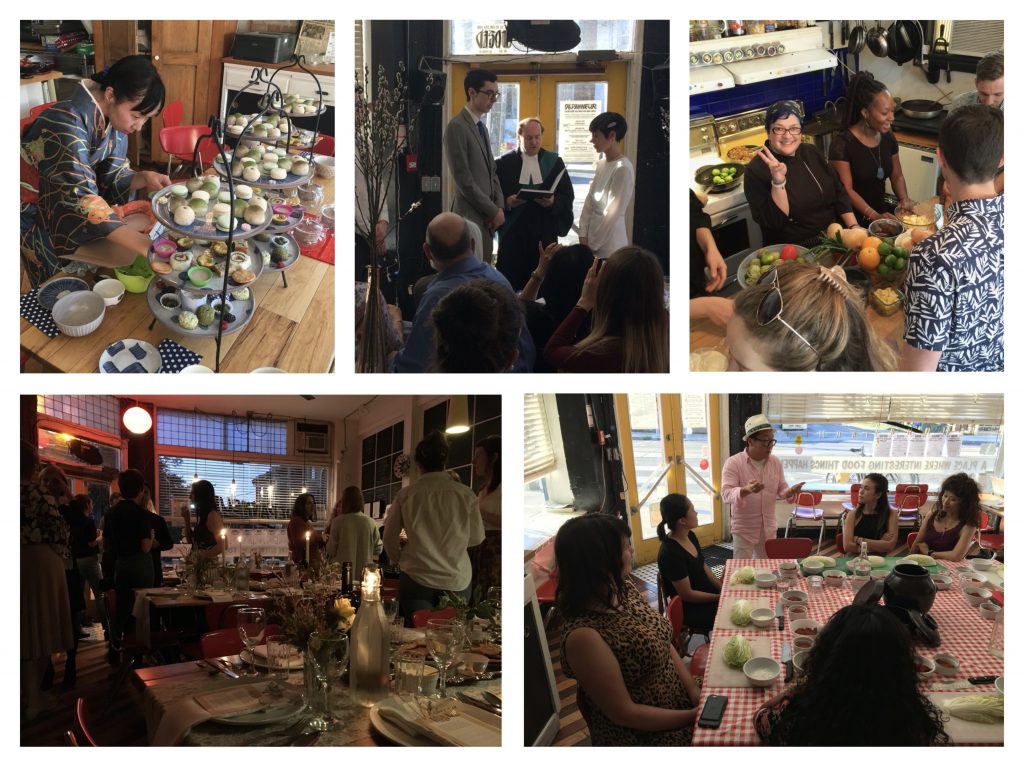 workshops, cooking lessons, weddings and private parties are what make this place so special 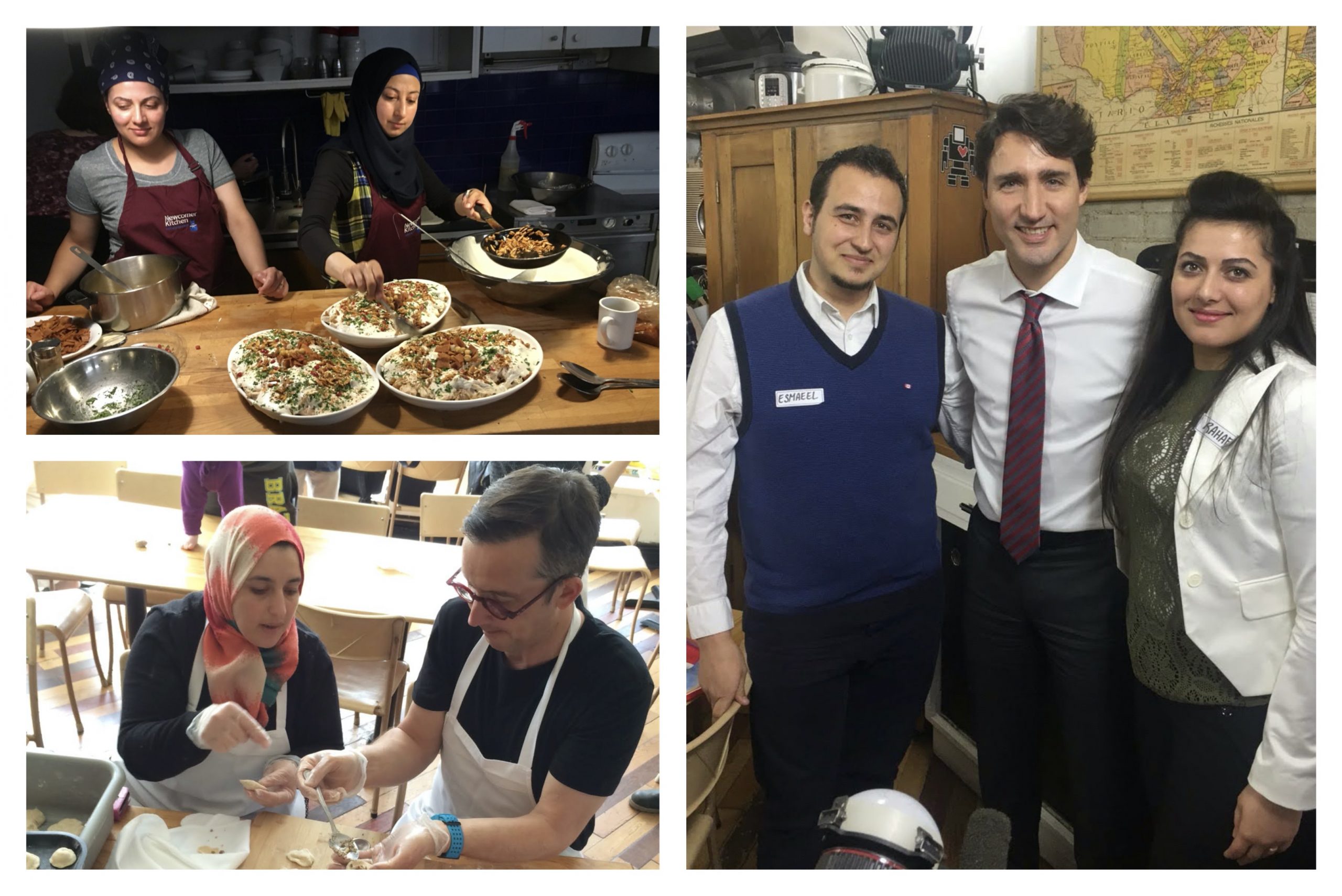 Newcomer Kitchen provided community outreach as well as an income for these new Canadians.

After a decade of serving as a bustling community hub that serves as a cooking studio, private event space and a social enterprise, this former corner store has grown into a west end icon. It garnered national attention, in recent years, for the Newcomer Kitchen, an innovative non-profit social enterprise that gave countless Syrian refugee woman an opportunity to work and put money in their pockets while they met fellow refugee families and built a community.

Even throughout the pandemic, Len continued to give established and aspiring chefs, alike, an opportunity to make take out meals for pick up and have a source of revenue when countless kitchens were closing or downsizing across the city. At the end of the day, The Dep has paid out more than half a million dollars to local food entrepreneurs while bringing the community together through our common language – food. Whether your someone’s grandmother feeding people her famous cabbage rolls until she sells out during a Drop-In Dinner or Greg Couillard trying out some new recipes for the lucky attendees of one of his supper clubs, everyone has a home at The Dep.

On November 19th, The Dep launched a Kickstarter campaign to fund a cookbook, featuring 100 recipes by 100 cooks that have been featured there over the past decade, celebrating 10 years of this food centred social experiment turned successful community business. 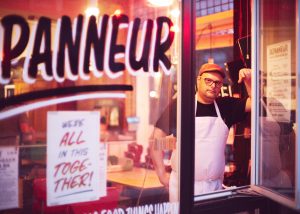 In order to be able to pay all of the contributors, The Depanneur launched an Adopt-A-Recipe Kickstarter with a goal of raising $20K – as of this very moment, he is at  $37,121 with 330 backers, a few thousand dollars from being the highest-funded Kickstarter for a Canadian cookbook ever and there are still 20 days to go.

Senater has pledged that 10% of the recipes will come from the pool of Newcomer Kitchen participants and he will also personally donate $5 from the sale of every pre-ordered book to Kiva, a global micro-lending platform, directing his donations to help women food entrepreneurs. If you want to learn a bit more about Newcomer, click here.

So, let’s help Len Senater continue to make The Depanneur a place where anyone who loves to cook can make “interesting food things happen.” 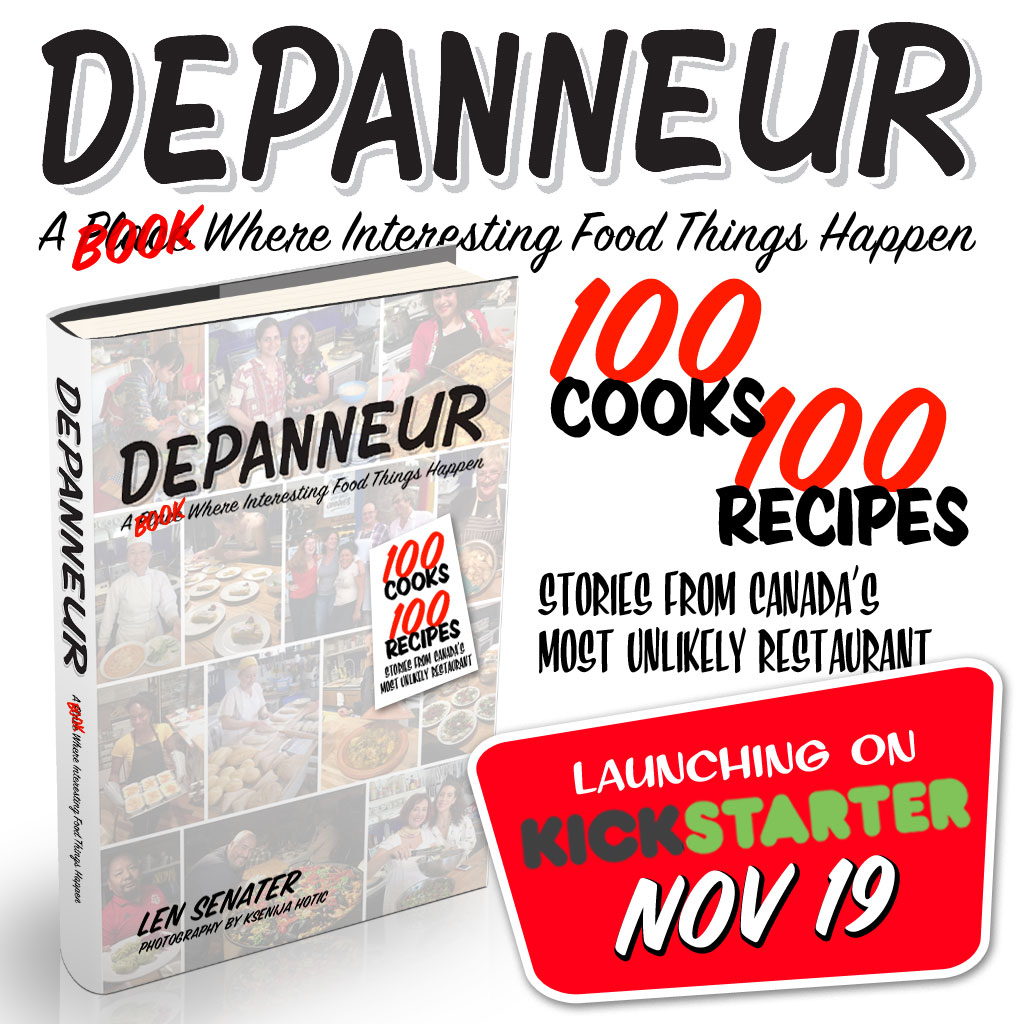 lots of great perks for pre-ordering and donating!

Click the image above to support the Depanneur Cookbook Adopt-A-Recipe Kickstarter, or to pre-order a copy of the book.

Noom Diaries- One Month In