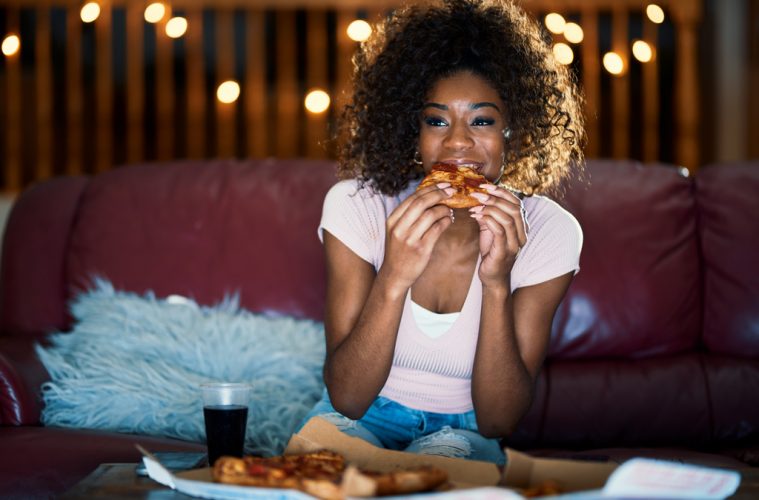 The Amazing Shows We Are Binge Watching In June

It’s summer and I know that means we are supposed to be out enjoying the weather but are we really ready to give up a good rainy weekend binge? I think not.

Check out our recommendations for May here

Okay, hear me out! This show has everything. It’s like Toddlers and Tiaras without the sexualization of children. We still have toxic mothers, bitchy daughters and The Nugget. Nugget is a rising star in the pig showing the world, in case you didn’t know. I have learned about driving your hog and creepy eye contact. I know what makes a pig a shit hog and how hard you have to work to win those buckles! I LOVE this show and, without a doubt, it’s the perfect rainy Sunday binge. Trust me.

If you haven’t been watching this incredible series, you can binge the crap out of the first five seasons and get ready for the final season, available in Canada on June 10th. We have watched Thomas Shelby (the impossibly beautiful Cillian Murphey) go from a damaged war veteran to a gangster, an entrepreneur, an influential businessman, a spy and, ultimately, a politician and eventually a Member of Parliament. Set in Birmingham England at the turn of the century, this epic family saga is one of my favourites of all time.

Yes, this show can be violent but it’s so well crafted. The way they use modern music that sounds like it could have been from the time, the costumes, the iconic hairstyles of the Peaky Blinders, the delicious acting, and the intricately woven family drama. How many shows can match Mick Cage and Tom Waits with images of turn of the century England? I am as sad as I am excited to watch this final season and say goodbye to the Shelby’s forever.

Season three is upon us and Homelander is broken! The naughty, sometimes violent, occasionally offensive and highly entertaining superheroes are back! When The Boys learn of a mysterious anti-Supe weapon, they go crashing into The Seven, start a war and chase the legend of the first Superhero: Soldier Boy. OMG OMG OMG * SO ABSOLUTELYTUTELY NOT FAMILY-FRIENDLY.

This South Korean thriller is full of shamans, spell casting and magic. *word of warning, there are multiple shows with the same title so make sure it’s the Korean show.

Im Jin-Hee (Uhm Ji-Won) is an ambitious reporter pursuing a story that she thinks is about corporate corruption. After she meets the baby shaman, So-Jin (Jung Ji-So) who, with your name in Chinese characters, a pic and something you have touched, she can twist you up like a pretzel. She soon discovers the evil goes way deeper than corporate fraud and the next thing you know, there are spells being cast left and right.

We have great female shaman action, some interesting Korean lore and everything you would expect from a Korean drama. It’s a slow burn but I think the payoff is worth it but I also Korean tv and movies, especially the horror/supernatural genre.

If you love the show, you can try to find the movie they made based on the series called The Cursed, Dead Man’s Prey.

This reality series follows the lives of several rich Asians living in L.A. It’s pure fluff and sometimes we want that. The cast of plenty has also had a lot of uh…” work done”. Bigger boobs, larger lips and even enhancements of cheekbones and nose bridges. In fact, Kane takes us along to his appointment where the threading happens. (note to self: love your nose).

Of course, the designer goods are out of control and the parties are excessive but it’s the storylines that we love/hate. Kim continues to flirt with Kevin (FYI he’s not the richest in the group) and pushes him beyond all reason to prove he is worthy of her love…or at least attention. Well, that backfires. Anna and Christine also get pushed to their limits and we’re left hanging for season 3.

Oh my, how this show has continued to grip us! This highly anticipated Season 4 picks up 6 months since the Battle of Starcourt, which brought terror and destruction to Hawkins. Our group of friends are separated for the first time. Navigating high school years isn’t easy either and these most vulnerable times they are faced with new and even more horrifying supernatural threats.

This documentary peels back the curtains offering a revealing and intimate look at Jennifer Lopez life and what makes her the icon she is. From her performances on screen and on stage around the world to her SuperBowl Halftime show we follow her grit and determination. But this is only the beginning. As a Latina, a mother, singer, actor and more she’s showing us that there is much more to come.

Die-hard Netflix fans get excited This virtual fan event celebrates the most popular titles with tons of entertainment, announcements and fun. It will be jam-packed with exciting news and a few surprises along the way!

(TIFF Bell Lightbox): In honour of National Indigenous History Month, TIFF offers an incredible program featuring films by Indigenous creators from around the world. If you missed the award-winning films Beans by Tracy Deer and Danis Goulet’s thriller Night Raiders they are just two of the films that will be showing (also available for rentals so you can screen them in your own space).

Peace by Chocolate (June 14 release on VOD and EST platforms):

Based on the inspirational true story, a charming young refugee struggles to settle into his new Canadian small-town life after the bombing of his father’s chocolate factory forces the family to leave Syria. This heart-warming and hopeful film has already grossed over $115K to date, making it the highest grossing English language Canadian film of 2022 to date.

The soaring skylights are only a match to the 6″ stilettos. The latest iteration of the housewives franchise is dripping in gold. The formula is precise, a group of well-heeled women wreak havoc through a forced obstacle course of social settings and etiquette issues. Add the culture and extreme wealth of Dubai and maybe some camels too for scenery.

Biniyam and Ari are back, as is a group of new characters in TLC’s neverending reality drama. With the move to the US causing friction, glasses of wine are meant to be thrown, bikinis are now banned and duping your partner to move around the world to live in substandard environments is always at the forefront. You better earn that green card!