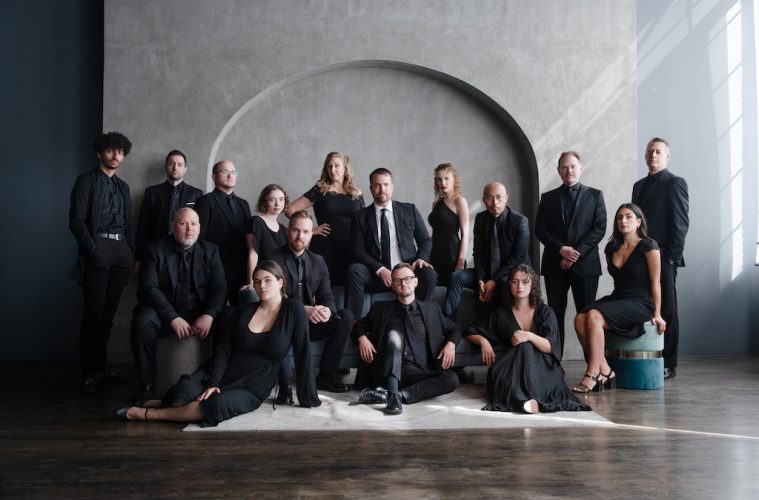 It’s beginning to feel a lot like the holidays! The sights! The sounds! The cookie exchanges! And speaking of cookies it may be a surprise to learn that our favourite cookie maker, Craig Pike (Craig’s Cookies), is bringing joy beyond his sweets! Recently, he formally launched That Arts Group, a Toronto-based non-profit arts organization composed of an art and theatre group: That Choir and That Theatre Company.

His passion for the arts is something we had only recently discovered. Pike studied saxophone in university before becoming an actor in 2002. After graduating George Brown Theatre School, he formed That Choir (now in its 15th season) in which he is the Conductor and Artistic Director.  As an actor, he also spent four seasons at the Shaw Festival in Niagara on the Lake and have appeared in over 40 productions across Canada and is a Dora Award Nominee.

“That Choir began in 2008 with a group of friends that loved singing in school choirs growing up,” said Pike. “We all chipped in $2, rented a venue and performed for 40 friends and family.”

Led by Pike, That Choir is a professional modern-day choir. We also learned that all singers are offered wages and health benefits – a first for a professional choir in Ontario. That Theatre Company is a new theatre production company that focuses on contemporary plays and more well-known works with an unexpected twist.

The group has grown in popularity both locally and nationally largely because of their live choral music performances and from streaming their music through YouTube and Spotify.  With this accessibility came a broader audience base including a whole new generation of younger listeners. While That Choir isn’t affiliated with any church or religion, Pike tells us the group is a reflection of modern music styles both in vibe and composition.

The current choral group is an auditioned, 16 member professional vocal ensemble. Each member’s commitment to the group would be to perform at each of That Choir’s three concert series, including the upcoming That Choir Carols (happening December 17 & 18 — we have our tickets already!) as well as approximately 100 hours of rehearsal over the year.

Performances are held across the city in unique spaces. Pike explains when he selects the venues for That Choir, he keeps in mind beautiful spaces that are available in Toronto not just architecturally but acoustically. He tells us St. Anne’s, where the first concert of this season was held, was particularly special and was partially painted internally by members of The Group of Seven.

We checked in with Craig Pike to learn more…

What makes this organization so special?

Pike: That Arts Group is special in that it is the parent company to both That Theatre Company and That Choir. That Theatre Company will focus mostly on theatre that will best reflect the communities we are presenting to while celebrating both canonical works and new Canada works.

That Theatre Company has selected Caryl Churchill’s play “A Number” — what drew the company to select this piece?

Pike: Caryl Churchill’s play “A Number” is a fascinating investigation into cloning, humanity and father son relationships. “A Number” will offer a thrilling production that will provoke the viewer and inspire thoughtful conversations around science, privacy and the lengths we go to protect our loved ones.

The Company has put forth a casting call – what do you wish potential actors to know?

Pike: Angels in America, our second production in association with Buddies in Bad Times Theatre, is currently holding auditions. We are open to seeing a vast array of theatre artists from diverse backgrounds that can offer unique and very personal points of view to the work.

Anything you’ve seen (theatre) recently that you love or wanting to see?

Pike: I recently saw a production of POTUS in New York that was so very funny and terrifying at the same time.

Okay, but will there be cookies at the performances?

Pike: Haha, you’ll have to buy tickets and come see for yourself.

What else is coming up?

Pike: With That Arts Group’s focus being in theatre and choral music, we will also be launching a Youth and Educational Outreach initiative in our 2023/24 season.

Take a look at the upcoming concerts here. If you’re not familiar with Craig Pike’s cookie story, link here to Libby’s article.