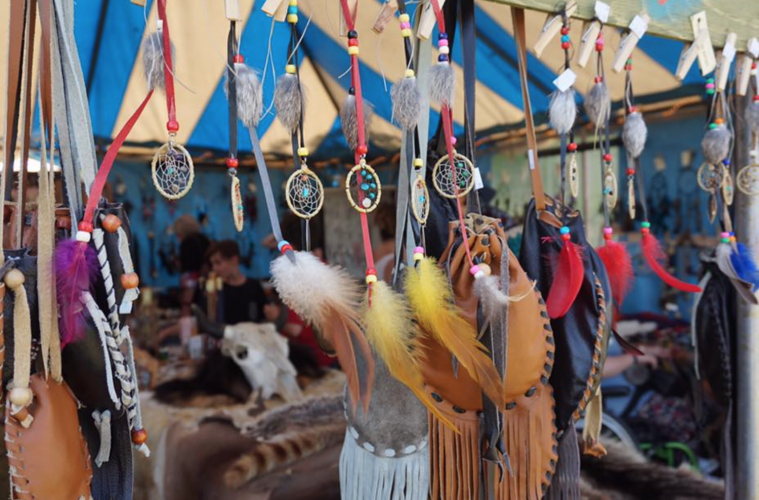 June is a time to celebrate Canada’s Indigenous people, culture and heritage. We’re always searching for ways to learn and help raise awareness about our country’s past and present as we look to the future together.  The annual Summer Solstice Indigenous Festival in Ottawa is on from June 1 to June 21, and with physical distancing guidelines in place,  many programs are offered virtually this year — lucky for us!

From music to food to storytelling you can find many ways to take in Indigenous culture! Don’t worry if you’ve missed a performance or workshop, many will continue to be available for viewing on their YouTube and Facebook pages.

Here is just a sample of what to see and experience… 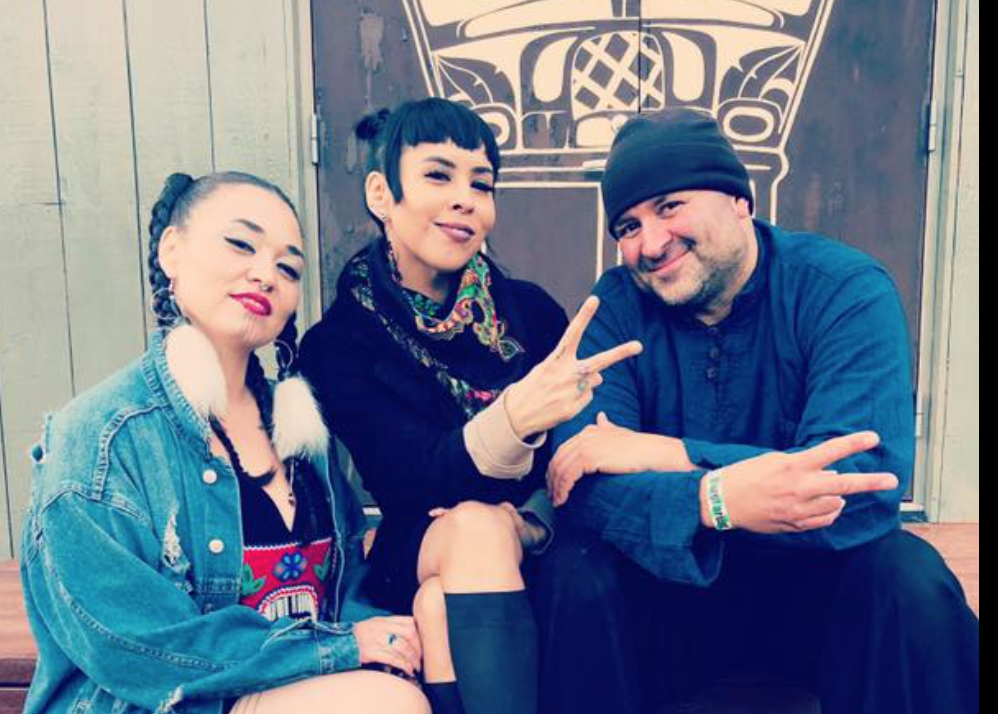 Aurora Jade: Since the age of 9 yrs old, Aurora Finkle has had an impressive musical career. Since having won the grand prize at 08’s National Aboriginal Day ‘We Got Talent’ competition in Ottawa, Aurora has performed the Senate at Parliament Hill, Grand Hall at the Museum of Civilization, pow-wows, numerous music festivals, gala’s and conferences as well as having appeared on numerous T.V. and radio shows and other publications. Aurora is now 21 yrs old and performs with various musical acts as well as solo performing her repertoire of originals. Aurora is also a classical pianist and has won many nation-wide competitions for composition. She is currently working on her second album.

Brothers Wilde Music: Always chasing their dreams, Ethan and Nolan Wilde are brothers who have been playing their own unique brand of Country Fried-Roots Rock for the past 2 years and they’re beginning to pick up steam. After winning 2019 International New Country Duo of the year in Pigeon Forge Tennessee, Lead Singer Nolan and Lead Guitarist Ethan have been burning up the local music scene. From local community events to legitimate rock venues, including Sarnia’s Borderfest, Ottawa’s Westfest and recently Tkaronto Music Festival they’re quickly becoming well-known. Although their music keeps them busy they still find the time to volunteer, mentoring other youth in song-writing and, performing for schools and youth groups in surrounding communities. These proud #Ojibwe men are proud of their roots and family is the most important thing to them. They always make time to be with their siblings, cousins and Nan. Their music is influenced by Tom Petty, The Brothers Osbourne, Brent Cob and their frequent collaborator… their father Garnet Wilde. A rocker himself, he has given them the traditional knowledge of living with the land combined with standing in the spotlight. Now with the writing of their upcoming album their star is burning brighter than ever.

Eagle & Hawk: is a Canadian indie alt-rock band based in Winnipeg, Manitoba. Bringing energy, spirit, and commitment to the stage, the band delivers catchy and infectious songs that draw in a wide demographic of Indigenous and non-Indigenous music fans. Their signature style of lyrics, hooks and melodies often peeks through the lens of Indigenous stories, voices and imagery earning them recognition across Canada. With more than 35 award wins and 75 nominations across North America, Eagle & Hawk has been a part of the country’s musical fabric for more than 20 years. With nine studio albums released since 1998, the band has spread their message on more than 15 European tours and across Canada and the United States several times over including highlight performances at the New Orleans Jazz Fest, Summer Fest, Canada Day on Parliament Hill (Ottawa, 2012, 2015), Aboriginal Day Live, performances with the Winnipeg Symphony Orchestra as well as numerous televised appearances including the Indspire Awards (NAAA), APTN Main Stage, Canada AM and CBC The National to name a few. Eagle & Hawk features an outstanding cast of musicians including Vince Fontaine (band leader, guitar), Jay Bodner (vocals, guitar), Lawrence Spatch Mulhall (bass), and Rich Reid (drums).

Cody Coyote: was born on April 17th, 1992, raised in Ottawa, Ontario, Canada and is of Ojibwe/Irish descent with ancestry from Matachewan First Nation. With his fusion of strong, profound lyricism accompanied by corresponding influential sounds, this multi-award nominated and award-winning Hip-Hop/Electronic artist grasps his listeners attention and delivers a mesmerizing performance. Outside of music, Cody Coyote is also a motivational speaker, workshop facilitator and is the host of “The Beat” on elmnt fm.

Ian Campeau (aka DJ NDN): is the co-founder & former member of the music group A Tribe Called Red (ATCR). Through a powerful combination of art and activism, he uses his notoriety to draw attention to issues of racism, gender-based violence, stigmas of mental health, and other forms of oppression. He is Ojibwe, Anishinaabe from the Nipissing First Nation. 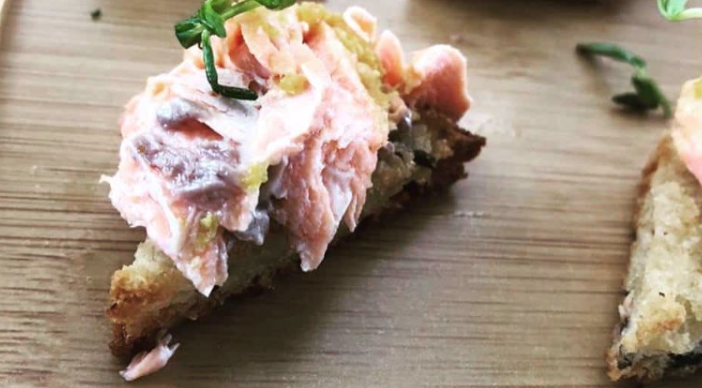 FORAGED TRADITIONAL TEAS WITH CHEF PAUL OWL: Paul Owl is from the Serpent River First Nation in Northern Ontario. He has recently collaborated with his childhood friend to start the Canninish Group of Companies. Some of their offerings include Campn.Fish, a fully catered adventure on the land; and, Edible Hills Farm, a regenerative farm focussed on educating, promoting and supporting local foods. Ottawa locals can order up a meal kit ahead of the event.  Workshop: June 14 at 5:00 pm – 6:00 pm.

CULINARY WORKSHOP WITH CHEF CEZIN: We had the honour of meeting Marie-Cecile Kakgoosh Nottaway-Wawatie, aka Chef Cezin, last fall at the Indigenous Tourism Conference and love her energy and creativity. She is of Algonquin ancestry, born in Rapid Lake, but raised in the Parc de la Verendrye, QC. In 2005, she set her family roots in Kitigan Zibi. Inspired by her ancestry and long line of strong Anishinabe First Nation women, and by her Kokom’s simple recipes, Cezin offers contemporary cuisine and traditional Algonquin food. Ottawa locals can order up a meal kit ahead of the event. Workshop: June 7 at 5:00 PM – 6:00 pm. 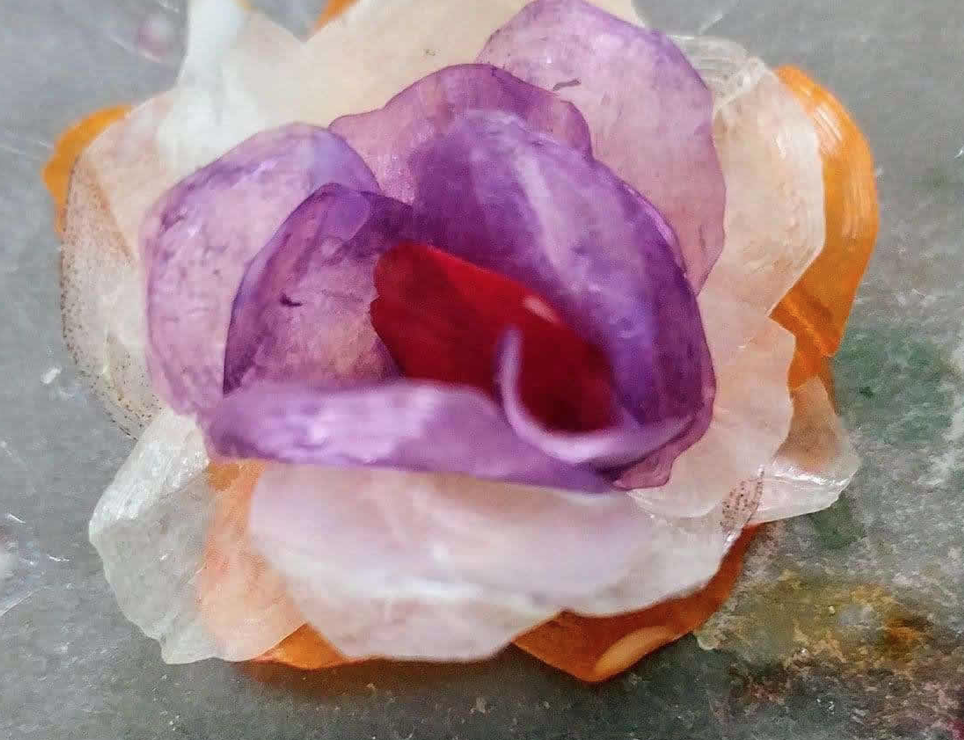 METIS FISH SCALE ART WORKSHOP: Using the fishing net is a metaphor for repairing the relationship between father, daughter and grandchildren in the face of many tragedies. Jaime, her dad Randy Mercier and her children find ways to connect over fish scale artwork. Workshop: June 6 at 2:00 – 4:00 pm

INUIT GAMES Presented by Aalla Metcalfe: Aalla was born in St. John’s, NL, raised in Ottawa, ON, Aalla (Stranger) has spent more than a decade demonstrating and teaching traditional Inuit games in Ottawa classrooms. Stranger will be joined by his 14yr old son, who has inherited Aalla’s passion for teaching games to anyone who is willing to learn. The boys will be teaching and demonstrating some traditional Inuit games that can be practiced during these times of social distancing.

CULTURAL SHOWCASE / METIS JIG, INUIT THROATSINGING AND POW WOW DANCE Presented by Prairie Fire, Indigenous Experiences and Tarniriik: Prairie Fire is a fun family dance group that started out as Jaime and the Jiglets with their mother Jaime Koebel. Prairie Fire is a lively and interactive group that also aims to teach audiences about Metis culture and the joy of the jig. Indigenous Experiences has been proudly presenting Pow Wow dance performances for schools and public events for over 20 years. Tarniriik, the young Inuit girls who brought the new Prime Minister to join in their giggles during their performance continue to share and perform Inuit throatsinging. Event: June 9 from 11:00 – 12:00 pm

THE ORANGE SHIRT STORY Presented by Phyllis Webstad: Every year on September 30th, we wear orange shirts to honor residential school survivors. Orange Shirt Day grew out of Phyllis Webstad’s story of having her shiny new orange shirt taken away on her first day of school at residential school, told for the first time in May 2013. It has become an opportunity to keep the discussion on all aspects of residential schools happening annually. Orange Shirt Day is also an opportunity for First Nations, local governments, schools and communities to come together in the spirit of reconciliation and hope for generations of children to come. Phyllis published her first children’s book called “The Orange Shirt Story” which aims to bring communities together. Suitable for grades 5 – 8 (but open to all)

MY HEART FILLS WITH HAPPINESS & WE ARE KIND Presented by Monique Gray Smith: a proud Mom of teenage twins and an award-winning, best-selling author. Her first published novel, Tilly: A Story of Hope and Resilience won the 2014 Canadian Burt Award for First Nation, Métis and Inuit Literature. Since then, Monique has had 6 books come out, including My Heart Fills with Happiness, which has won numerous awards, as well as Speaking our Truth: A Journey of Reconciliation which as a finalist for the TD Canadian Children’s Literature Award. In 2019, every grade one child in Canada received a copy of the dual language, English/French and Cree edition of My Heart Fills with Happiness. Monique’s latest release, Tilly and the Crazy Eights is a novel about an epic road trip that Tilly and eight Indigenous Elders take. The story reminds the reader of the power of the human spirit and that love is medicine. Tilly and the Crazy Eights recently won the First Nations Community Reads in the Young Adult/Adult Category. Coming soon, When We Are Kind, a children’s picture book reminding us what it feels like when we are kind and when someone is kind to us; as well, the importance of being kind to ourselves. Monique is Cree, Lakota and Scottish and has been sober and involved in her healing journey for over 29 years. She is well known for her storytelling, spirit of generosity and focus on resilience. Suitable for Grades K-3. Author reading: June 18 from 1:00 – 1:30 pm

MUSEUM OF NATURE: The Canadian Museum of Nature will be hosting a variety of videos showcasing indigenous culture, experiences, and more! Examples of virtual programming include a virtual tour of the Canada Goose Arctic Gallery, learn about the diversity of lichen corals in Canada’s Arctic, learn about the Canada C3 expedition was a research platform for a pan-Canadian collection of examples of aquatic and terrestrial biodiversity — this video provides commentary from the scientific staff members who took part in the expedition.(free event)

INUIT FACE TATTOOS WITH HEATHER CAMPBELL: Learn about Inuit face tattoos from renowned Inuit artist Heather Campbell. Heather will teach you face painting using Inuit tattoo designs. Heather’s art was recently in a touring group exhibition “SakKijajuk: Inuit Fine Art and Craft from Nunatsiavut.” She is in collections including the Canadian Museum of History, Indigenous and Northern Affairs Canada and Carleton University. You can pick up face paint at Michaels Art Stores, Dollar Stores and other places in Ottawa.
June 7 from 2:00 to 3:00 pm. (free event)

Also definitely check into the Social Distance Pow Wow on Facebook with an online competition pow wow with virtual contests for drums and dancers from across Turtle Island. June 19 to 21.

Some of the events are free and some are ticketed events and require registration. Please check for full details. You can find the complete schedule here: www.summersolsticefestivals.ca

Be sure to also check out the incredible Marketplace and support Canada’s Indigenous artists and small businesses. Link here. 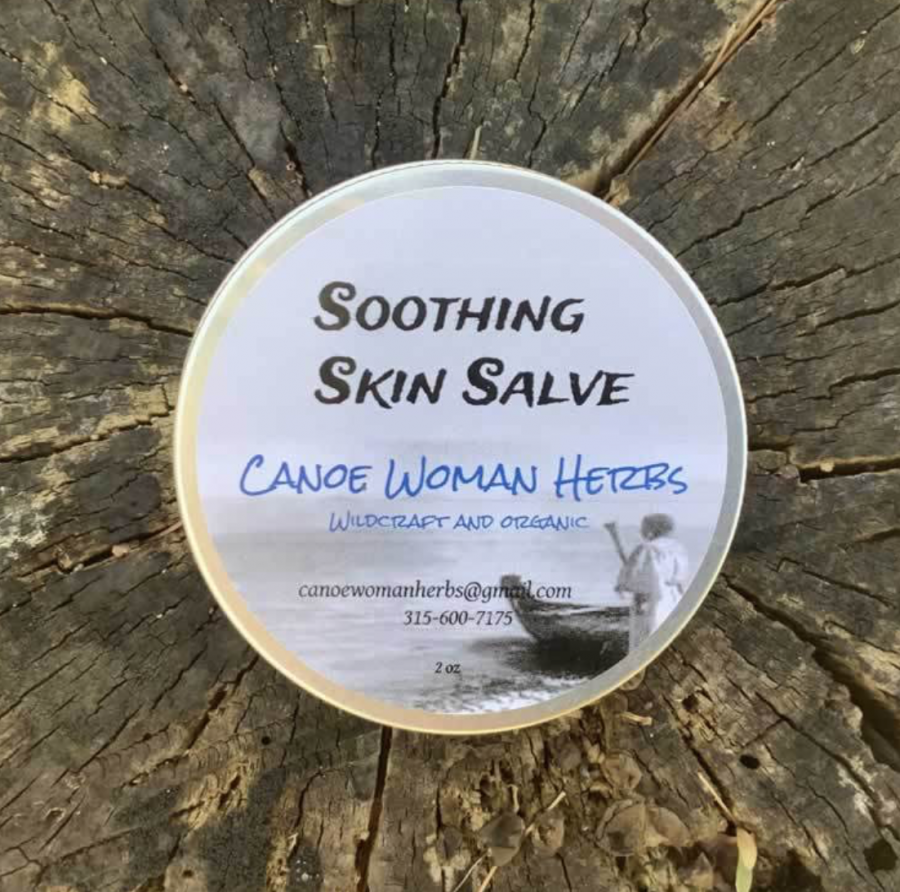