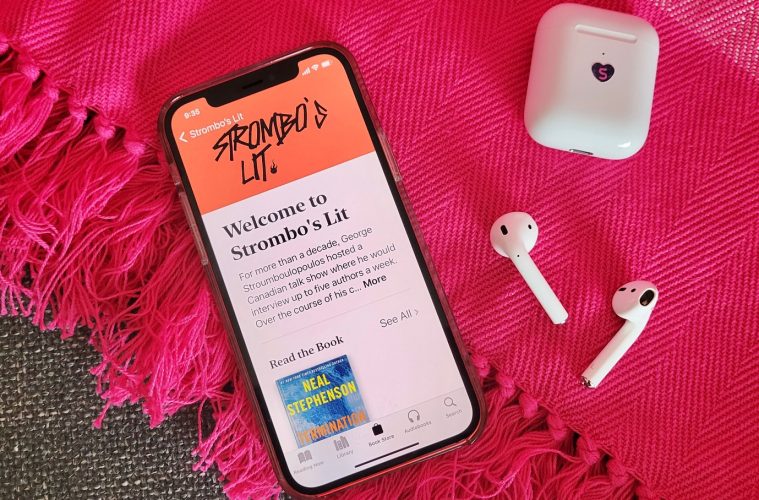 Strombo Connects Us To Authors We Love With Lit

There are so many variations of “the book club” and we’re here for them. All of them.  From local “women who wine and read” types to book-film adaptations themed clubs to Reese Witherspoon’s and of course Oprah’s Book Clubs. Now there is Strombo’s Lit (Apple Books), the newest “book club” that we are all invited to join …and on our own time.

George Stroumboulopoulos (aka Strombo) is known for his deep love of music, but he also has a lifelong love of books and is excited to share this passion with the world. His interviews are legendary. I remember constantly be in awe with every one of his shows whether it was on radio or television and how he delivered the most interesting insight with his guests. Quite honestly, he has been a personal inspiration in what I do. This is why I’m very interested in his latest endeavour.

Strombo’s Lit takes readers into his personal library of recommendations, featuring bi-monthly titles that offer a lens through which to better view the world, as well as thoughtful interviews with some of the world’s leading authors. BTW, he’s also the host of Strombo on Apple Music Hits where he bridges he gap between artist and listener by making  connections in his storytelling.

How did he get here?

Strombo mentions in his introduction on Apple Books that he was raised by a young single mother in Toronto. When she couldn’t afford a babysitter she would drop him off at the local library and told the librarians he wasn’t allowed to leave. He also tells us his lifelong love for books began as a child when his uncle gave him all the Sherlock Holmes stories and novels written by Arthur Conan Doyle. “I read every single one and lost myself in that world and that time,” said Strombo.

Fast forward to his adult life where, over the course of his 30 year career, he tells us he’s had many meaningful conversations with some of the most interesting minds in the world. “Many of those conversations started with a book, a story they wanted to tell. These stories can help open our minds to the perspectives and ideas of people from different walks of life. I want to have this type of dialogue with followers of Strombo’s Lit. Every other month I’ll choose a thought-provoking book to read and discuss together.” 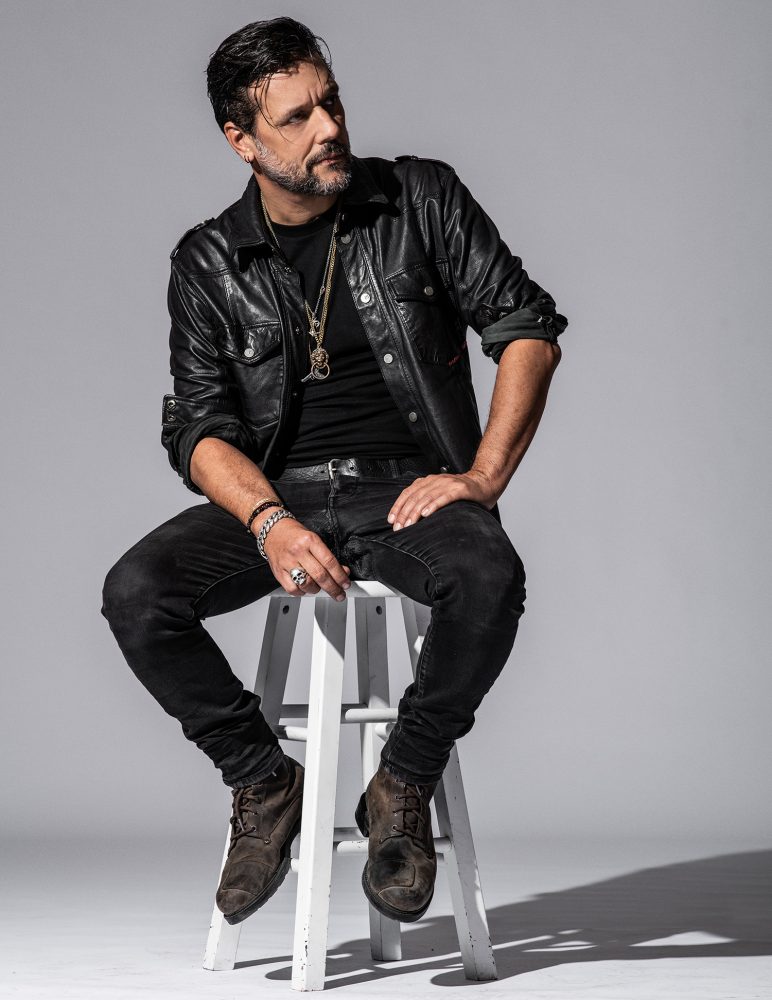 As a voracious reader, were there any books he’s read more than once?

“I keep going back to The Great Shark Hunt by Hunter S. Thompson because I can pop into any part of it and get a sense of old school adventure. The other book is Swedish Death Metal by Daniel Ekeroth because it’s an encyclopedia and I can jump in and learn about one of my favourite genres of music which seems to be the gift that keeps on giving,” said Strombo.

So, how does he decide which books he’d like to feature and authors he’d like to interview? Strombo tells us if there is a book or story that he think has a real connection to what people may be feeling today, then it’s a good choice. “I’ll feature both fiction and non fiction titles that offer a lens through which to better view the world.”

“The world is on fire and I think Neal has a really interesting and funny way of addressing those issues. Our first Strombo’s Lit interview is this Saturday, March 5th and everyone can see parts of the conversation on my social handles starting March, 13th. I’m looking forward to see where the conversation goes,” said Strombo. 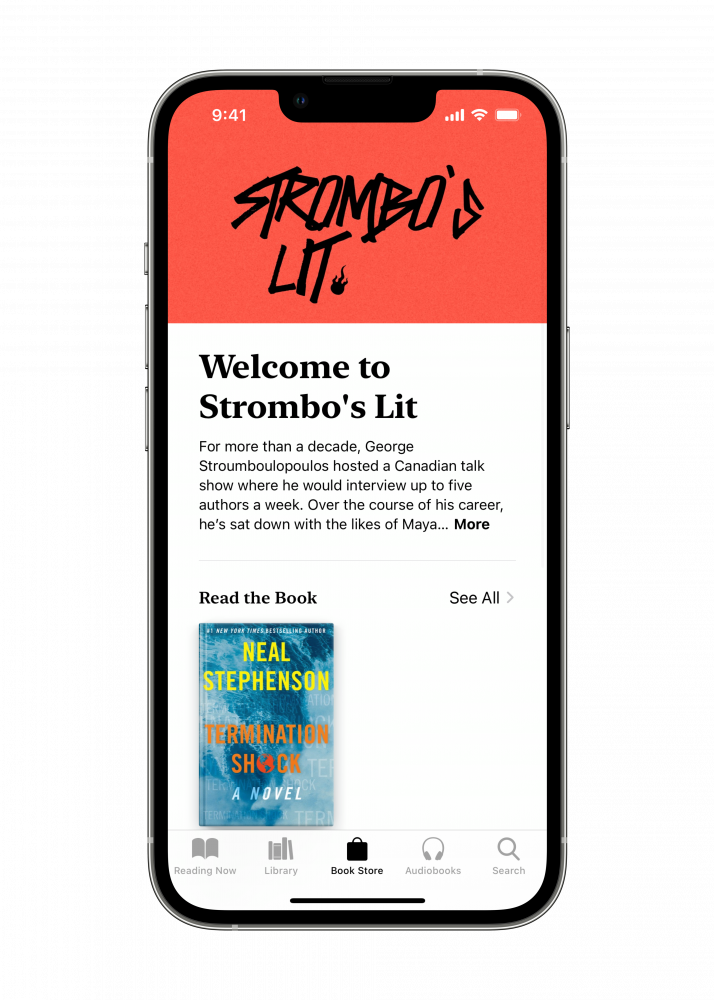 What is the one most underrated book, in his opinion?

He tells us,  Striking Thoughts by Bruce Lee. “Because no matter what you are experiencing on a given day, there is something in the book that can help you get through it.”

Okay, we were curious if he has a ton of books waiting to be read ?(our bedside table are stacked tall lol )

“Yes, I have so many. But in an effort to be more efficient, my new approach is not to let myself get new books until I finish the other ones on my list,” said Strombo.

Visit Strombo’s Lit on Apple Books to find his latest pick, and explore other books that have inspired him.

Thank you Strombo for taking the time to chat with us! Can’t wait to listen in!