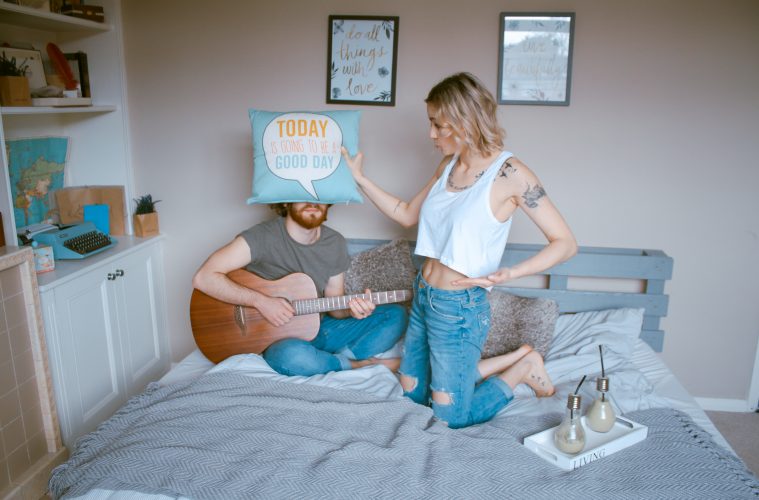 Stay Home: What to Live Stream week of April 27

This whole quarantine mode has introduced many great live streaming events and special presentations over the past few weeks and it’s not slowing down. We really enjoy the author events, art discussions, film screenings, musicals and the concerts in our pajamas. We’ve taken in meditation classes and joined in a few work outs too! Here are a few more events coming up that will inspire us to feel like we’re all together even though we’re apart.

Live Nation has a full series of events coming up in their virtual hub “Live From Home” worth exploring. The line up includes chats, music, and other great content. You can check out the full line up at livenation.com/livefromhome .

Beastie Boys SiriusXM Town Hall hosted by LL Cool J at 6 pm EST (replay on demand). You can tune in on their site to listen in.

TIFF and CRAVE continue with the Stay-at-Home Cinema this week with Pan’s Labyrinth (April 28), Before Sunrise (April 30), and The Big Lebowski (May 2). In addition to the films there are virtual Q&A’s that will live stream on tiff.net and on TIFF’s Facebook, Twitter, and YouTube channels.

On Tuesday, April 28 at 7 pm EDT, multiple award-winning filmmaker Guillermo del Toro will chat with TIFF Artistic Director and Co-Head Cameron Bailey prior to the film’s screening of Pan’s Labyrinth on CRAVE.

On Thursday, April 30, Bailey will discuss Richard Linklater’s 1995 hit Before Sunrise with the award-winning lead actor Ethan Hawke at 7 pm on the TIFF livestreams prior to the film’s screening on CRAVE.

On Saturday, May 2, the cult classic The Big Lebowski will screen at 7:30 pm EST on CRAVE. Pre-screening special guest to be confirmed.

JANN ARDEN Live & In Conversation with Indigo on Monday, April 27 at 7 pm EST on Instagram Live @indigo. Join bestselling author and musician as she discusses her book Feeding My Mother. Comfort and Laughter in the Kitchen as My Mom Lives with Memory Loss.

Penguin Random House presents Mondays with Michelle Obama on Monday, April 27 at 12pm EST on PBS Kids’ Youtube and Facebook. Join Michelle Obama for a reading of There’s a Monster in Your Book by Tom Fletcher and illustrated by Greg Abbott. You’ll also want to set your calendar reminder for the next two Mondays as well.

FOLD Panel: Breaking Down Poetry Workshop with Canisia Lubrin on Thursday, April 30 at 12pm EST. Poets Canisia Lubrin and Billy-Ray Belcourt host an interactive understanding of poetry, with readings, activities and lessons on how to break it all down. Free but must register to secure your spot.

Wordfest Online Happy Hour with Robert Kolker on Thursday, April 30 at 5:30 pm EST. Join the author of Hidden Valley Road for a conversation hosted by Wordfest’s CEO Shelly Youngblut. Free event but register at wordfest.com to get access to the live-stream on Zoom.

A Mindful Society Conference 2020: Our Present Future streams live from May 1 to 4. Join author Tamara Russell, author of What is Mindfulness? for sessions that will equip and support you to lead the integration of mindfulness into your work and life. More info at amindfulsociety.org

Hot Docs at Home: a series of films can now be screened direct VOD (on demand) streaming which is great news for fans of documentaries — particularly those who are missing out on the newest titles that would have been showcased at the annual Hot Docs Film Festival. You can purchase online tickets to have access to the films and support the filmmakers. go to hotdocs.ca/athome for full details. A few films have already caught our attention and are now playing:

The Booksellers by director D.W. Young where audiences relive the nostalgia of visiting yoru favourite bookshop. This behind-the-scenes look at New York City’s beloved book world and the people who inhabit it.

The Mindfulness Movement directed by Robert Beemer. For years, a growing number of people have worked to create a happier world by spreadkign mindfulness. From schools and sports teams to Fortune 500’s and the healthcare industry, mindfulness is sweeping the mainstream. This documentary offers Deepak Chopra and Jon Kabat-Zinnas guides. Learn about the history, science and benefits. You’ll even have the opportunity to experience two brief guided meditations.