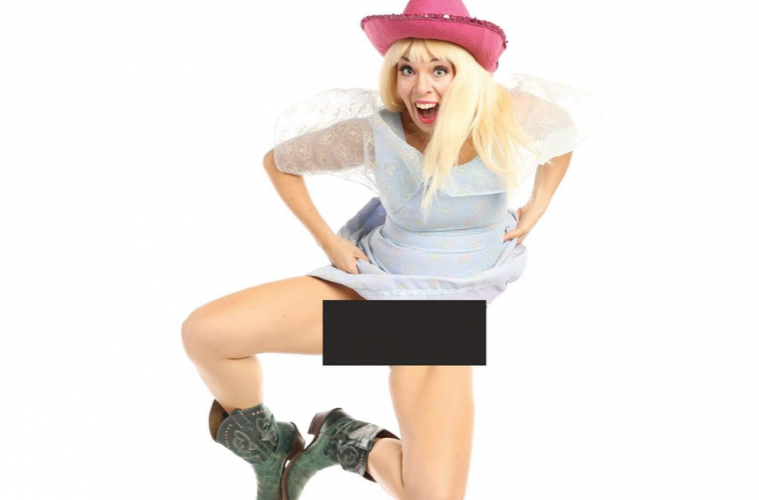 Keeping entertained during the pandemic has offered up some fun discoveries. There are endless virtual concerts, plays, lectures, classes, museum tours, author readings to keep us inspired and motivated to do more than get sucked into the endless void of TikTok videos. Want more funny stuff in your life these days? Recently, we took note of Comedy Here Often? (604 Records) that spotlights Canadian talent in stand-up comedy. Hello Shirley Gnome!

Gnome is a multi-award winning cabaret musician and helluva funny comedian. With roots in the West Coast of Canada she’s performed in many comedy clubs, music venues and…burlesque festivals! Prior to COVID19, she also performed on international stages from the Edinburgh Fringe Festival to the Melbourne International Comedy Festival. When she signed on with 604 Records, her fourth album Taking It Up The Notch debuted at #1 on the iTunes Comedy charts. In 2020, she released her  album Decoxification and no surprise, it shot right to #1 on the charts as well. Quantity Time is the latest just launched in time for this past Valentine’s Day.

Do you remember your first time performing in front of a crowd?

SG: I had, for many years, recalled my first comedy show experience was in a small indie room on Main St. run by James Masters. However, like many traumas, I had repressed my real first comedy show because it was so crappy. It was at what was then called The Kozmic Zoo, and I had just started performing that year. I went onstage after horror comic Gerald Gerald Geraldson, whose act is so weird and dark (and awesome) that I figured I wasn’t completely out of my depth as a wacky country clown. There was barely an audience and they gave me a marginally warm response. The terrible part was being socially ostracised by the comics who were on that show. They wouldn’t make eye contact with me, let alone talk to me. The host was lovely and encouraging, but I was so turned off by the social scene that I vowed not to do it again. I stuck with burlesque shows and other music nights instead. It was a year and a half later that my pal Geo convinced me to do James’ show on Main St. I reluctantly tried because Geo offered me free bourbon if I did (he was the bartender there). I figured if it was terrible, at least I’d get an old fashioned. Turns out it was a much better introduction to a much more supportive gang of joke slingers, AND I got drunk. I was also probably a lot better at my act by then to be fair, and sometimes comics ignore people who stink (but I never forgot how that felt and always tried to be nice to new keen stinkers).

Did you have any stand up and vocal training?

SG: Nope. About 8 years after going pro, I took some classical singing lessons with an amazing opera singer at the Vancouver Academy of Music (Robyn Klassen). I was losing my voice a lot on tour because, as it turns out, I had pretty bad vocal technique (whiskey). She taught me some adjustments to how I sing. I got significantly better at singing and I haven’t lost my voice since. I do think it’s funny that I could only afford training after I became a successful singer. It’s never too late to up your game, kids.

How did you decide to go more in the direction of comedy instead of music? You’ve got a great singing voice too!

SG: Hey thanks! They happened at the same time. People usually think I must have been in music before I went into comedy because of the ol’ dazzling larynx. I was a drunken karaoke star at best. A friend of mine ran a burlesque fundraiser and she asked me to sing my dumb song (I only had one back then and I only sang it at parties). I thought it was a terrible idea but I also love free booze, as has been previously established. So I went onstage for the first time and sang my dumb song, plus a second one I wrote for the occasion (about self-love). People went bananas for it and asked if I had a CD. I smelled money, and money buys alcohol. That’s when I decided to see how far I could go with my grift. Here I am, still griftin’.

Is there anything about COVID that has made you laugh?

Your latest EP release, Quantity Time, offers us a much needed escape from all the crappy pandemic news – we want to know, how are you escaping from all of this ?

SG: I hate to be the one to tell you, but Quantity Time is entirely about pandemic news. However, I am laughing about it and pointing out the absurdity of it all, and I am hoping that provides some much needed relief. I think some good ol’ fashioned escapism is a great drug to take in moderation – some of the most compassionate and selfless people I know come home from their challenging world-changing jobs to watch garbage TV. ‘Quantity Time’ isn’t that. It’s more about looking at the isolation, frustration, boredom, despair, and restriction with a bit of dark humour. I think that can be good medicine, too. 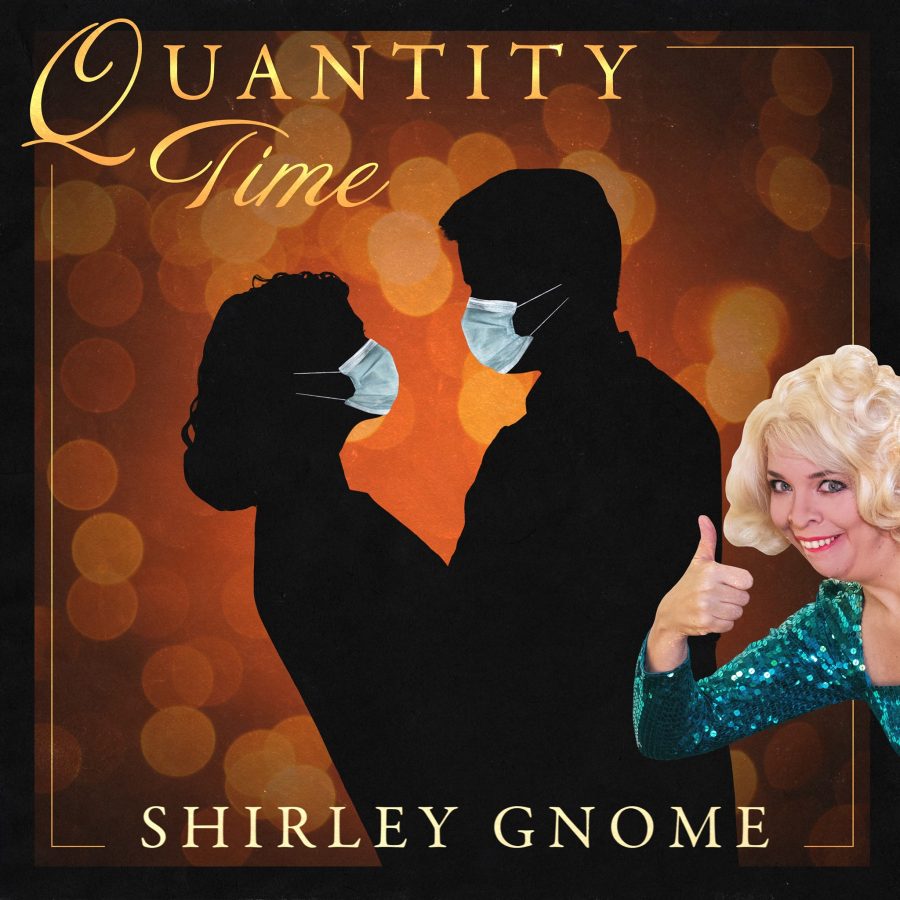 You’re all over social media…what’s your favourite platform?

What’s your secret to drawing all the likes on TikTok? (We need tips!)

SG: It’s all about the first five seconds. You have to do or say something that will make people want to keep watching. Attention spans are shorter than short on Tiktok in particular. Be it a call to action (WAIT FOR IT!) or something salacious (singing “I am too tired to have sex”), all my viral Tiktaks (yes I said Tiktaks) have provided expectations right away (and then subverted them for the ol’ like smash). Also, censor any word that might be seen as offensive by using symbols instead of letters. Mostly, get on Tiktak (yes, Tiktak, I call it Tiktak) and watch what other people are doing. You can see what floats, and what flushes.

You have fans all over the world, if you could travel anywhere to perform now — where would that be and why?

This changes all the time for me. Lately it’s been Australia, as festival season is starting up there and they have… festivals that can actually exist because of their hardcore island-based covid response. I really miss Melbourne in particular. I miss it because I miss my friends. It was a way to see them. I miss my friends everywhere.

What advice would you give to someone who wants to get into comedy now?

SG: Wait ’til the pandemic is over to perform – these zoom comedy nights are not a good way to test new material. In the meantime, write down lots of jokes and ideas so that when live shows return, you have something to start out with. Ask for lots of help and advice. When the day comes that comedy rooms are back, get in there and try! If the other comics in the room ignore you, don’t let that discourage you. Or do, who cares, it’s your life, quitting is fun.

What else is in the works for you?

SG: I’ll be teaching my first workshop on comedy songwriting in April, thanks to generous funding organised by Tiny Lights Festival. You can apply to learn with me from anywhere in the world. It’s open to twelve successful applicants, so I hope anyone who just read the above question with themselves in mind will considering sending in their details. It’s a no pressure exploration of how to marry the two art forms, and I think it’s gonna be a whole lot of fun and connection. Link here for info: www.tinylightsfestival.com

You can also check out Shirley Gnome’s YouTube Channel here.