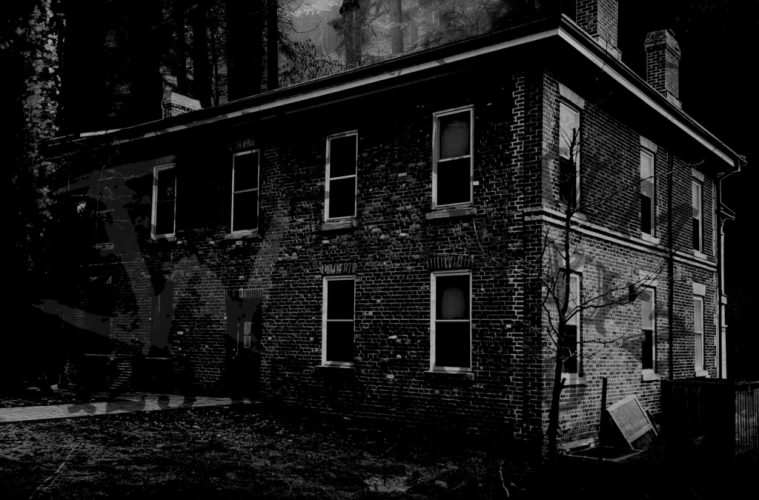 When you attend a séance, you never know what will transpire or who else will be there. I’ve been attending Jaymes White‘s séance events for a few years now enough to understand why people are so drawn to this experience. You have those who are curious, those who are fully invested, and of course the skeptics. I would say I would fall into the curious category. Open minded but still keeping one foot out the door…just in case.

This annual haunt happens in a different location each year. Canada has many well documented haunted spaces and what draws me in is the historical aspect of each location. Jaymes does his research and shares the stories and the facts.  My first experience was at a mansion located in downtown Chinatown. Growing up with a family business in the area I was all too familiar with the many haunted rumours that circulated within the community. Terrifying.

This year’s séance experience is held in an obscure area within Toronto. Set in a quiet unassuming neighbourhood stands one of  the city’s oldest inns. A historical site surrounded by houses and apartment buildings. You could easily overlook the location if you’re not paying attention. Jaymes explained this location was, at one time, a brothel. It is also considered one of the most haunted inns in the country.

“We change locations every year and always find new haunts,” said Jaymes. “What I loved about this one is that it is a 200 year old inn. It has been on the same grounds and nearly the same form for that length. That is so hard to find. We feel really lucky to have been able to conduct a séance at this Inn.” 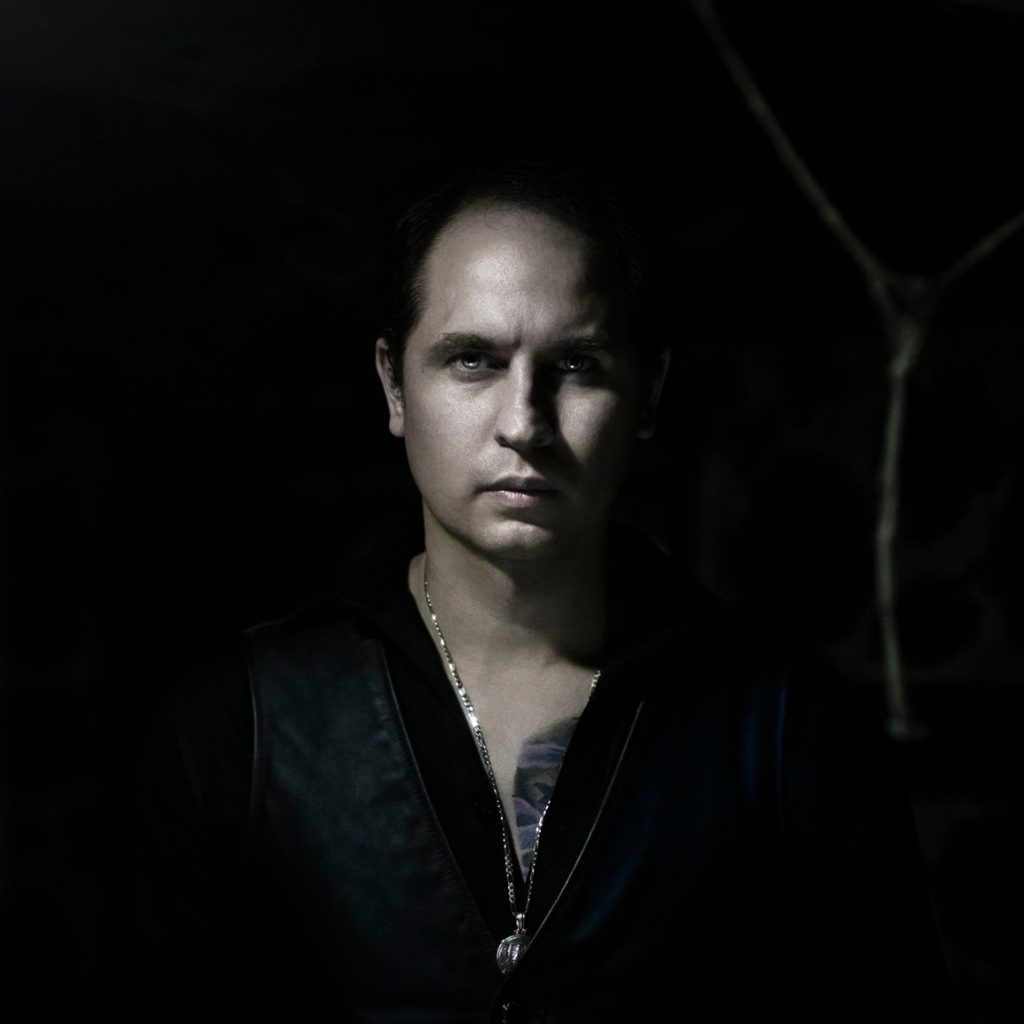 Jaymes’s séances have now become a tradition for many. Myself included. I admit there are inexplicable moments with things that go bump in the night each time. I always go in with an open mind and ready for everything. Well, almost. I won’t touch the Ouija Board — which inevitably he brings out at each of the séances.  He’s got quite a collection. But I just don’t need to rile up any spirits, know what I mean? But watching others partake is quite something to witness. Each time that thing on the board moves, the room gets very quiet.

And then there’s Andy. A vintage doll with big glossy eyes that often creeps people out. I’ve grown to love her being around and, quite frankly, she’s now a sign of comfort in a sea of obscure objects. Although something is different about her this year. But she’s been hanging around for years. Jaymes tells me she’s one of the most haunted dolls in Canada.

“The story behind Andy is that the past 3 children who have had Andy all had an imaginary friend named Andy,” explains Jaymes. “It is weird because none of them knew each other or talked to each other. I did not want to bring Andy to the séance this year but I got so many emails from fans saying that Andy better be in the house. That is why she is here.” 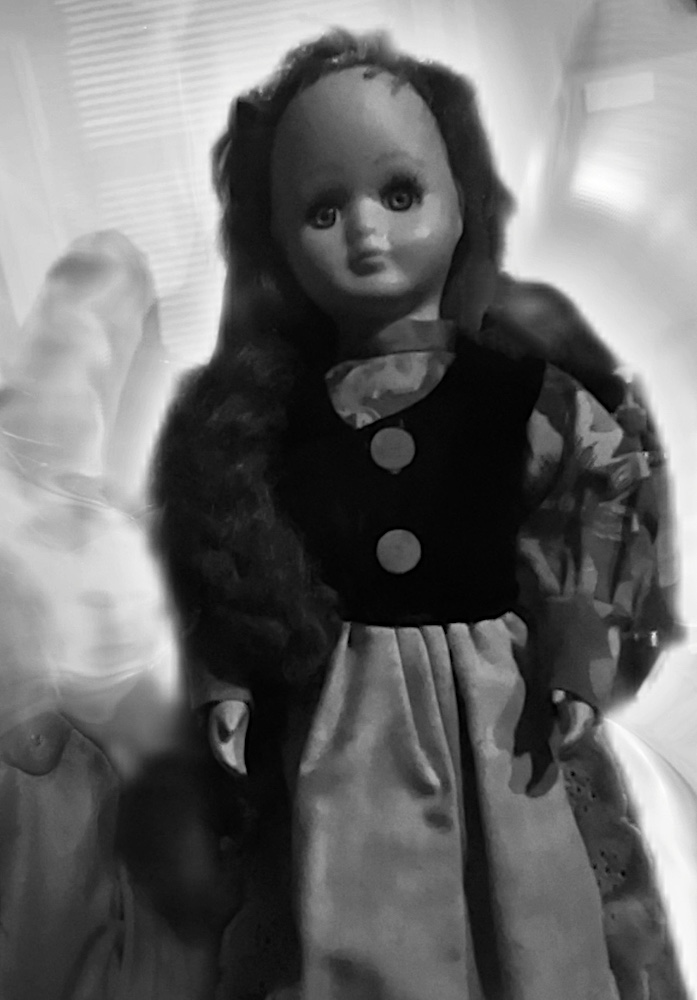 My friend, Kay, is a skeptic. She admits it freely but that doesn’t bother Jaymes at all. He just lets whatever happen, happen. He’s also a mindreader and a mentalist so there’s no point in hiding anything here. But Kay enjoys the experience.  Even in this latest experience something fell right in front of her. She couldn’t explain it – none of us could –  but she also doesn’t want to figure it out. When wandering the corridors a few of us smelled an odour. It was strong. She couldn’t smell it. Why couldn’t she smell it?

You get all kinds that want to experience this eerie night out. Going at midnight like we did this year was next level. We were instructed to be at a specific meeting point before being led to the location. This is where the chatter started. We learned that there were a few couples on date nights, a group of friends, sisters, and a couple of singles who were on their own. In the past, we’ve attended earlier in the night. The first time we went it was Friday, October 13. Yeah, we did. If you want to go and you’re a little apprehensive then absolutely pick an earlier time. My friend Judy, attends several each season and every séance is a different experience. She attends with coworkers, friends and ghost hunters. Jaymes offers the séance two or three times each night until near the end of November.

If you’re all into conjuring up spirits (or not) then pick your dates and times carefully. Jaymes tells us October 30 is considered the Devil’s night. “There’s just something about the atmosphere on that day. I would also recommend attending the 2 am witching hour séances because they have a different feel.”

Is there anything you should do to prepare ahead of time? Eat garlic? Say a few Hail Marys? “I would do all of the above but also I would remember it is not scary and to enter it with an open mind. It is an experience that you most likely have never done before,” said Jaymes.

If you’re wondering how to protect yourself during and after the session, he has you covered –just in case. If  it seems to be an active night, Jaymes will guide the group to invite the spirits to join in to learn more about their story. On our night the spirits came to play. One woman felt like someone was tousling her hair. One man had chills each time a child’s name was mentioned and whatever, or whoever was there, seemed to be in a playful mood by dropping a few toys.

But don’t worry, follow Jaymes’s instructions and everything will be fine.  “The most important thing is to not break the circle if we decide to do table rapping. If you break the circle it’s believed that you can let something bad in,” said Jaymes.

Jaymes also tells us not to worry too much about it and just try to enjoy the moment. At the end of the night, he hopes we get to experience something that we’ve have never experienced before. That is the ultimate goal.

I was curious if anything scare him? To which he replied, “other humans”.

I’m always asked how scary is the séance — honestly, the mind is very powerful. I’ve seen people completely freaked out and others just enjoy their time out. Each person’s experience is different and I always tell others to just go with the flow. It is definitely fun and entertaining. But if you want to hold onto a few protective crystals — it won’t hurt.

Jaymes White’s Howland Inn Séance experience is running until November 26, 2022 and is restricted to ages 18+. Jaymes has been running his Victorian Séance since 2015, and they have been 100% sold out. Don’t miss out on this spine-chilling and engaging psychological experience. For more information and tickets, link here.

What else is there to do this month? Link to “A City Girl’s Guide to Toronto this October”