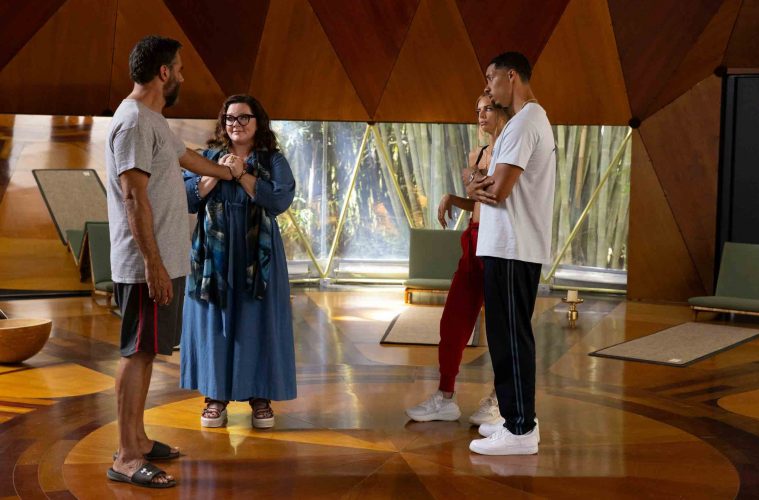 Sound Off: Nine Perfect Strangers, Ep 7 Wheels On The Bus 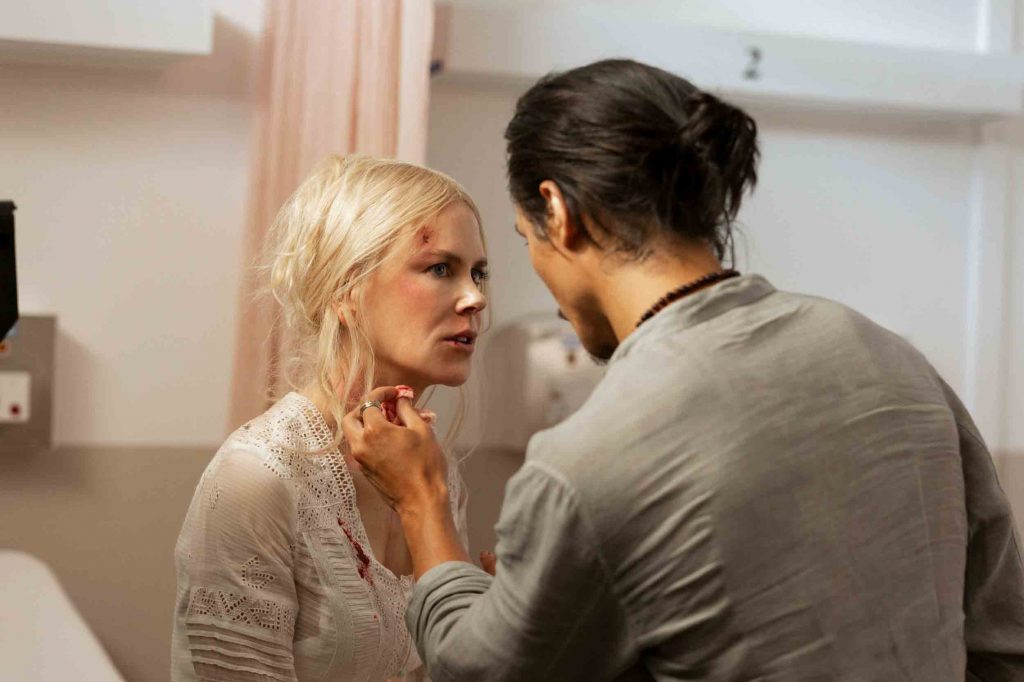 Wheels on the bus, indeed but can we talk about Carmel? She is just experiencing the worst downward spiral going on at old Tranquillum House, but it looks like she and Masha are going to come head to head next week AND I AM SO HERE FOR IT.

I will grudgingly admit that the series has been successful at slowly turning me from a minor hate watcher to somewhat of a love it/hate it quasi fan. I am not 100% sold on the series, as a whole, but I am now invested and am really looking forward to the finale, which I predict will be a doozy.

We have the Marconis deciding to go along with the LSD journey to conjure up their dead son which we now know is just an excuse for Masha to use their daughter as the lightening rod in HER desire to see her own, dead daughter.

Jessica and Ben are still sexing it up in the hot tub, Frances and Tony are still doing that Harlequin thing where just when you are sure they are going to declare their love and live happily ever after, one of them chokes, Lars is getting his investigative journalism mojo back and Delilah has hit the bricks, leaving wimpy Yao to crash and burn along side Masha.

Carole: Sonya, what was your take on Carmel’s crazy eye?? Do you think she was the person who tried to murder her back in the day or is Masha just projecting that onto her thanks to her own healthy dose of LSD? What did you make of her violent attack on Masha? She is probably the most interesting of all of these characters, to me.

Sonya: We saw that coming, didn’t we? Well, I mean we knew she was a ticking time-bomb but the crazy eye was a great addition to bring it all home. But what was with that phone hidden in her isolation chamber? Or did I hallucinate that? lol

Carole: What do you think will happen with the Marconi family? I feel like the daughter is going to rebel and refuse to be used as a conduit to the dead, despite being high as a kite. Will they survive and walk away, intact as a family? I am hoping so.

Sonya: So, here is where I think Masha is really pushing for her own needs to ultimately her goal of bringing her own daughter back — even if it’s just a hallucination. My prediction is that she will return but it won’t be what Masha expected. She’s absolutely using the Marconis. BUT she drank the Kool-aid. Since, Yao is left on his own (good for Delilah for getting the f- outta there) I’m wagering on him actually taking the lead here somehow.

Carole: Any predictions on the demise of Masha? I feel like the key is in their rule of “no water, no cliffs” when high. We have already seen Masha dive off that cliff – my prediction is that she going to commit suicide by throwing herself off the cliff before she can be brought to justice once Delilah talks to the cops and Lars writes his Pulitzer price winning story, outing her. Maybe she will take Yao with her, for good measure.

Sonya: WoOoOh that’s good!! My popcorn stash is ready!! Maybe Yao is undercover? Maybe they haven’t actually  been given LSD or whatever  magic mushroom potions and they were all given placebos and they want to believe so hard that things are happening. The mind is a very powerful thing. I really don’t know where it will land. Gah! I just saw that my audiobook is now up for me to virtually borrow from the library.

Carole: Well, there is one episode left and there is a shit ton to wrap up in one hour. My hope is that Frances and Tony live happily ever after, I don’t really care about the Instagram famous, hot tub fornicating couple but I do want the Marconi family to be spared, if only because the actors have excelled at transcending the writing lol. Masha and her dollar store Elsa wig cannot come out of this alive, IMHO and Yao will just follow her wherever she leads, even if it means to his death. Carmel will reign victorious and rule the world!