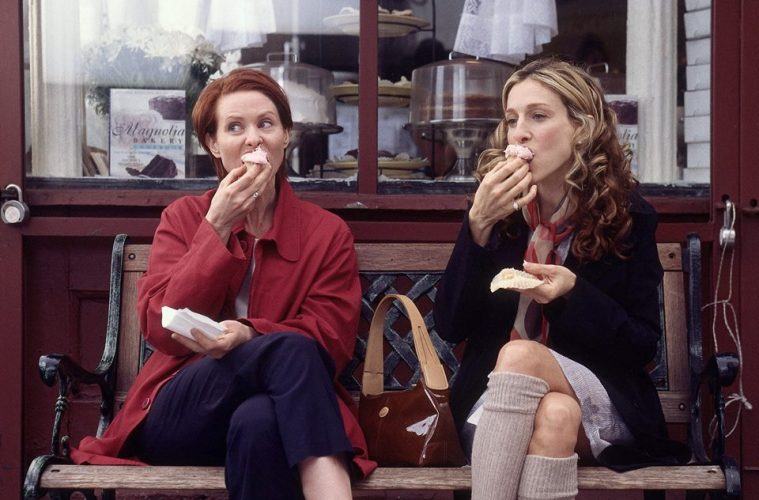 In celebration of the 20th anniversary (say, what?!) of Sex and the City, CableTV.com has created a special dining guide highlighting many eateries that were included throughout the seasons of the smash hit series.

This guide features 28 original restaurants from the series and seven locations that have become new eateries. Each spot also includes the episode it was featured on and what went down. There’s also an easy-to-browse, interactive map of Manhattan should you want to get away and explore the locations. 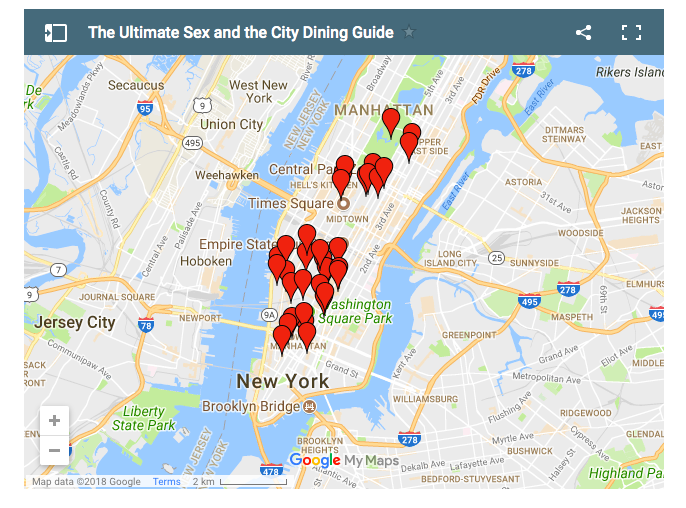 Places like Balthazar featured in Season 1, Episode 5, “The Power of Female Sex” are amongst our favourites. This was where Carrie and Samantha had a  difficult time getting a table at a crowded French restaurant known on the show as Balzacs, but they ultimately succeed after Carrie offers the hostess a tampon in the bathroom. 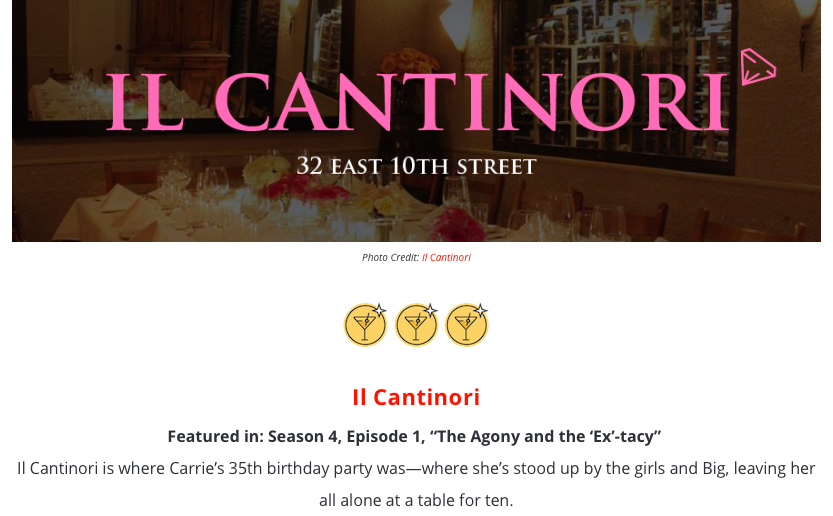 You can see the complete dining guide here: Sex and the City Dining Guide

Oh the memories! What a great way to celebrate the series!

Who wants to go?