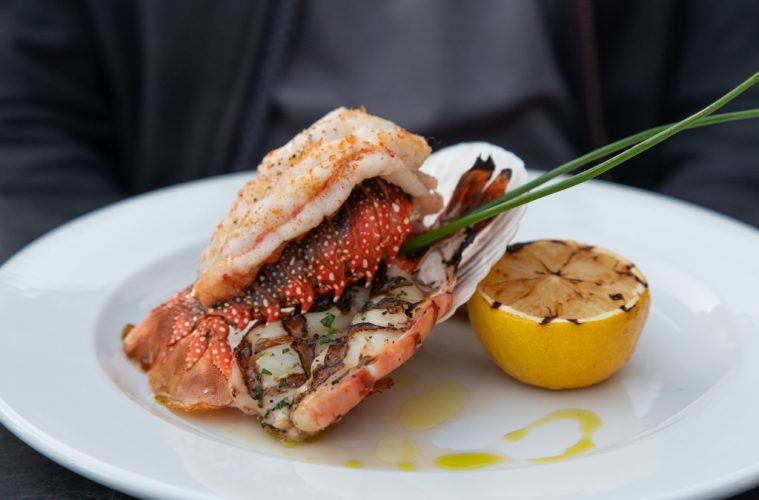 September may conjure images of back to…back to school, back to reality, or maybe just back to basics! With Drake’s new album dropping and TIFF officially rolling back into town there’s a glimpse of optimism for fall, at least if you’re fully vaccinated anyways. If you’re not, what the f*ck are you waiting for???

The latest marketing blitz from the city isn’t about bike safety (but it could be!). September 17th to October 3rd will see restaurants offering discounts through DineTOgether, a program offering meals from $15 to $50 in $5 increments. No word yet if they’ll tag on a ‘licious but you never know with John Tory these days.

Tongues are still wagging for the dramatic aesthetic and angles at GIA, the sexy plant-based replacement for Dundas West’s Ufficio. Stay tuned for more on this new hot spot!

Brass Monkey has boarded the Empire Sandy and will captain the vessel for the rest of the month, docked at Spadina + Queens Quay, with an impressive menu to navigate by Christine Mast (Sofia, Canoe). No chance of scurvy with her at the helm, we’re setting sail on this boat Thursdays and Fridays from 3pm-11pm and Saturdays and Sundays noon- 10pm.

Zitto Zitto Taverna is College Street’s destination for all things grilled, particularly seafood, expertly seasoned and by the same team behind the delectable Sotto Voce. Cocktails are a good first step, with a tempting bar menu designed to pair perfectly with their food program. Check back for a full juicy story on this beautiful new space.

Out with the old DEQ and in with the new new, EPOCH is now open in the Ritz-Carlton on Wellington. British influence reigns supreme at this Downtown Abbey-esque palatial space, with fancy food finds like Curry Lamb Shank or Roasted Half Lobster dutifully prepared by the hands of Chef Jeff Crump. Posh cocktails by Jason Griffin offer elegance over pulled pints.

As reported by NOW Magazine, Sprezzatura Spaghetti Disco on Ossington is eclectically open. It’s pretty safe to say there’s no place quite like it in Toronto, or anywhere else for that matter, to tuck in for nifty plates of a la minute pasta and trendy booze-laden drinks to wash it all down with. Yes, chef!

The only boy-chef we ever throw a spotlight on belongs to Chef Luke, and this month we’re lighting a fire on his eponymous supper club, here with an infused menu to help you ease into the long September weekend.

Baro is back and relaunching under Executive Chef Brent Maxwell. Originally run by everyone’s fave spicy Chef Steve Gonzalez who recently relocated to Costa Rica with his wife to take over a family-owned hotel and restaurant concept, something Chef hopes Canadians will one day travel to check out in person. In the meantime, Chef Brent has you in his very capable hands.

1 Hotel Toronto has opened. The Starwood Property boasts 112 hotel rooms and 21 suites with soaring skylines of downtown Toronto. Located on Wellington West, we’re excited to scope out the 1 Kitchen concept as well as Harriet’s Rooftop located on 16th floor affording poolside views as well as panoramic city skylines. We’re coming in hot Harriet!! Look for more on this concept as the grand reveal is set for later this month.

Chef Suzanne Barr is getting set to unveil her new space with a teaser image on her Instagram. She’s tight-lipped on the details but we can’t wait to see her next moves, learn more about this all-star Chef in our interview here.

Traditional methods, contemporary execution is the tagline being employed by the team at Yu Seafood. Yorkdale Mall welcomes this sophisticated seafood restaurant, with a refined menu that brings dim sum, sushi and plated posh dinners to Dufferin. Reserve ahead for these premium experiences.

East Thirty-Six shuttered six weeks ago naming not only COVID but non-stop construction and barricades along Wellington East.

TASTE OF THE MONTH- Craving carnival eats? Us too and we’re delighted to find Tiny Tom donuts off Woodbine just north of Steeles still open and running a tight game cinnamon & sugar game, paper bag and all.