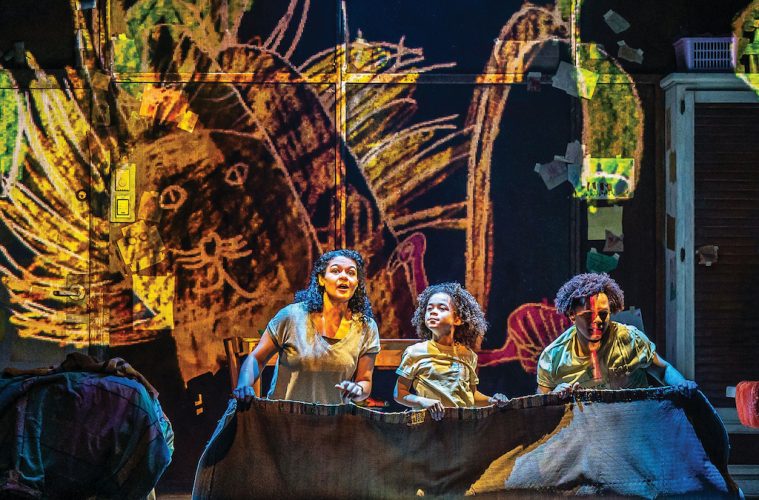 When I first heard about Emma Donoghue’s novel, ROOM  it wasn’t something that I was immediately drawn to. As a mother myself, and somewhat claustrophobic, the concept of being confined in a small space with an equally small child conjured up sweat inducing notions in my mind. But each time I had ventured to the bookstore, I found my gaze drawn to the cover of this book.

During the pandemic I finally decided to borrow the audiobook version from the library because, well, you know we were all confined in our own spaces (how relatable!) and I still had to walk the dog. I found this was my time to escape and disconnect from the world.

ROOM is a gripping and powerful story about a young woman and her son who are held captive in an unassuming backyard shed. As a teen, Joy was lured away from her everyday by a predator. A couple years later while still in confinement, Jack was born. As a young mother trapped against her will she had no option but to raise her son inside the shed without ever fully knowing if or when they would ever see the world beyond the skylight above their heads.

For seven years, Joy spent her life in the locked room. She found ways to raise her son, Jack, in what she felt was the best possible way under the most challenging circumstances. Through the monotony of her days Joy (or “Ma” to Jack) taught him how to to read, write, stay active, and use his imagination while sheltering him from the darkness that loomed over her head.

His friends were the lamp, plant, chair and an imaginary dog. Birthdays came and went, celebrated with whatever resources they had on hand. Drawings became gifts. Toilet paper rolls turned into structures and buildings. Most importantly Jack was happy. He didn’t know any different.

When Jack turned five years old, she felt he was old enough to learn the secret she had been masking. It was also the time to break free physically and emotionally from the gaslighting during the time she was held captive. With a straightforward plan in place, dead, rug, wiggle, stop, jump, run, police, save mom, Jack would have to be “STAVE” — that is, “strong and brave” for everything to work. He followed the instructions and the mission was accomplished.

They were finally outside in the real world beyond the walls (and wardrobe, his safe space within ROOM) that he had only known all his life. All he knew was the ROOM up to this point. Everything else was imaginary and what he saw on TV wasn’t real. 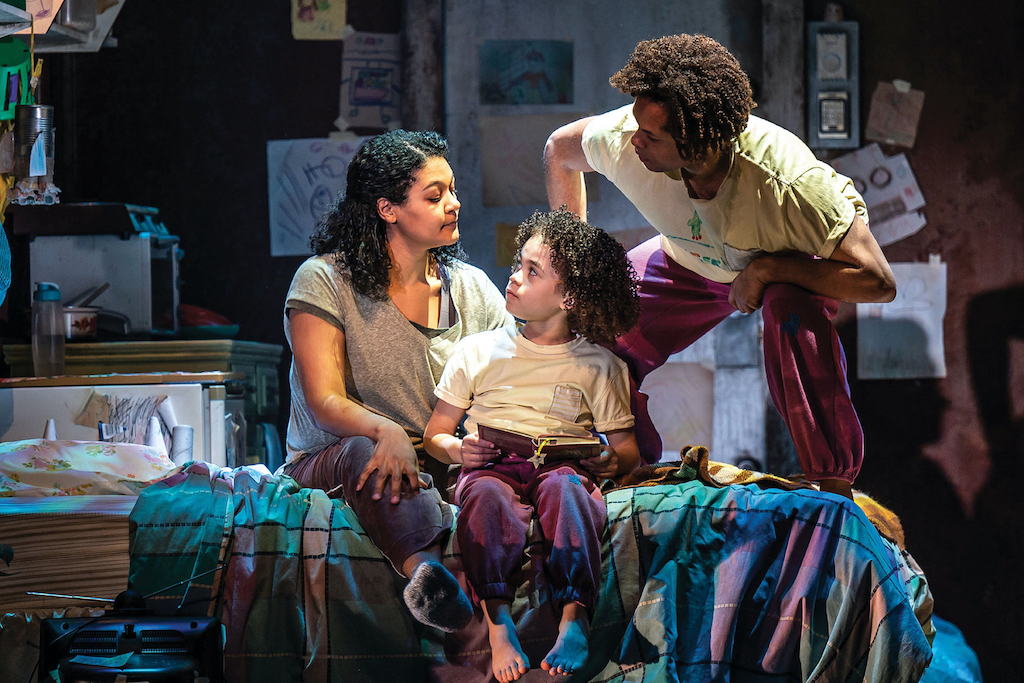 Would the new found freedom be as “freeing” as we believe? While being captive is not glamourized in anyway through this storyline, it did leave me with a sense of wanting to shut down, take away the distractions in our busy lives and hug my kids even for a moment. Returning to the pure joys of simple human connections doing simple things is a beautiful thought.

“There’s less time because now we have to spend it everywhere.” ~ Jack

Emma Donoghue is a Irish Canadian writer and playwright. Her international bestselling novel ROOM was a finalist for the Man Booker Prize in 2010. The story was adapted into a feature film that starred Brie Larson and Jacob Tremblay (filmed in Toronto BTW) and has won numerous awards including Golden Globes, Academy Awards and BAFTAs. Now the story unfolds on stage here in Toronto.

For the stage adaptation, I was really curious about how the story would all translate and how it would keep the audience engaged. This production at Mirvish’s Princess of Wales Theatre plays out in unexpected ways to do just that. Here the story includes a third character, Super Jack – Jack’s alter ego (Brandon Michael Arrington) that brings out the inner thoughts of the five year old.

It’s such a brilliant and joyful way to experience the child’s role in the storyline. Arrington’s SuperJack brings another layer of wonder as he maneuvers around the mother and son duo on the stage.

While this is more play than a traditional musical that Mirvish’s stages are known for, there were surprisingly a few songs to help give shape to Ma’s (Alexis Gordon) thoughts and secrets. They may not be the show tunes you would sing along with, but they did offer a bridge in the dialogue and further understanding what’s going through her mind.

Young Jack is played by Lucien Duncan-Reid (the night we attended) who embraces his role confidently and spends approximately  90 percent of the time on stage. We can see why the playwright worked in his alter-ego into this stage adaptation. It would have been way too many lines for any young actor to take in on their own.

The set for ROOM is worth seeing! Not only do we see all sides of the physical rotating shed but we also see beyond the confines of the space and into an imaginary world through Jack’s perspective. It’s very creative much like the story itself. What at first seemed like a straight forward storyline becomes much more as his thoughts are worked right into the set design.

“Ma and I have decided that because we don’t know what we like, we get to try everything.” ~ Jack

So, how “heavy” is this storyline? It’s a touching story that can feel heavy at times but the play does have many moments that bring you back to a sense of comfort. Jack’s view of his world and Joy’s undeniable love for him is a bond that is unbreakable even through the hardships. Tears? Yep. I had them. But there were lots of smiles too.

Do you need to read the book or see the film before seeing the play? No. My friend didn’t do either prior to attending the play.  I was more curious to see how Emma Donoghue’s vision worked across the three.

ROOM is now on stage at the Princess of Wales Theatre in Toronto until May 8, 2022. For more information and tickets visit Mirvish.com

While recognizing that the subject matter can affect everyone differently, Mirvish has thoughtfully offered resources should anyone want or need to seek support…