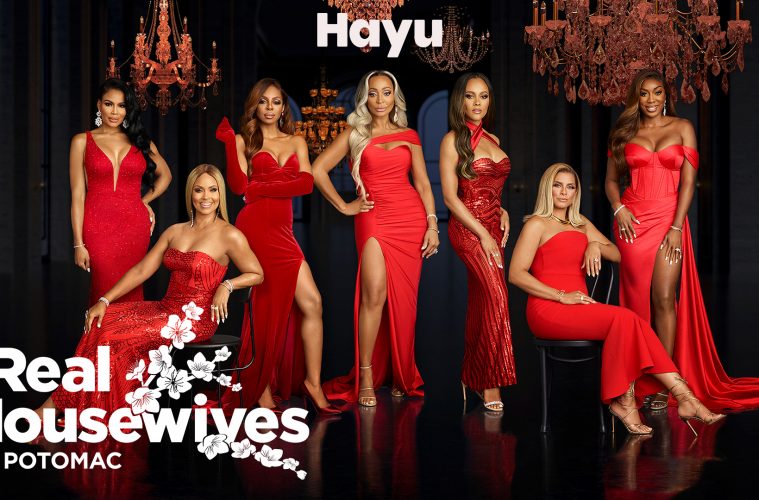 The brand-new season of The Real Housewives of Potomac is now available to stream on Hayu. Gizelle Bryant, Karen Huger, Ashley Darby, Robyn Dixon, Candiace Dillard Bassett, Dr Wendy Osefo and Mia Thornton are returning for season seven. Amidst the juicy backdrop of infidelity, plastic surgery, gossip and ‘coochie cravings’ we caught up with the show’s Queen of Class, Ashley Darby.

While she was tight-lipped on anything regarding her relationship with her on-again-off-again husband Michael, she did have a lot to say about the show, her cast mates and what housewife she’d love to have join her city’s cast.

CATCHING UP WITH REAL HOUSEWIVES OF POTOMAC’S ASHLEY DARBY

Libby Roach: You’ve been part of the original ensemble since the show’s debut in 2016. What impact has being on the show had on your life? Any regrets about stepping into the spotlight?

Ashley Darby: Being on the show really put my life under a microscope. So not only does the world get to analyze it but also forces me to analyze it. For better or for worse, I’ve had to look at things that maybe I had a difficult time to confront, the relationship with my husband or my mom and I had a hiccup there for a minute there. I feel like it’s all meant to be, I am meant to be here, and it really helped me grow as a person.

There are some things that I’m not too proud of, but overall it’s the right fit for me.

LR: You’ve had your fair share of tumultuous relationships throughout the show. How do you maintain your reputation when everything is being dragged out for the world to see?

AD: I try to be really true to myself. I do have a moral compass. Sometimes it goes a little south but I try and keep it pointing north. I try and live up to what I believe is right, and my own morals and ideals. Sometimes I disagree with people but I try not to go below the belt. I try not to hurt people so badly that it’s irreparable. We’ll have disagreements, that’s natural, and we’re all very strong personalities, but ultimately, it comes down to remembering we’re all human. So communicating together like humans is an important thing for me. Not for everybody. They don’t have the same level of communication that I do.

BEHIND THE SCENES WITH PRODUCTION TEAMS

LR: We know producers have a knack for clever editing or leaving scenes out entirely. Have you ever felt that the show negatively portrayed you by convenient “cuts”?

AD: I have to remember that we film for four months. Four months, five days a week, five hours a day. There’s SO MUCH footage. And that’s just me! I can only imagine what the other girls are doing! I try and keep that in mind when I see the episodes and I think about what’s included and not. I trust the process and even if I don’t necessarily agree, I do believe, and this is my faith in Truly Original, our production company and in Bravo that ultimately they will portray things accurately, even if it’s a different way of getting there.

LR: And finally, with the popularity of the entire franchise, which Real Housewife would you love to adopt as part of Potomac’s cast instead?

AD: To me, this is a two-part question. There are two ladies I really like, but for different reasons. On one hand, I am a Garcelle (Beauvais, from RHOBH) STAN. If fancy ever wanted to sashay her way, I would love that, I love her approach. Something tells me that Garcelle would take a big sister approach, at BravoCon she gave me some really good advice. But for a little pizzazz, I would love to see Lisa Rinna. Gizelle (Bryant) and Lisa Rinna, I would pay for that. Popcorn. I would love to see it. I think they would have fun together, but have their fair share of headbutting.

You can watch all seven seasons of Real Housewives of Potomac on Hayu.

Hungry for more? Check out the latest binge-worthy shows we’re addicted to here.

Interview may be edited for clarity/length.