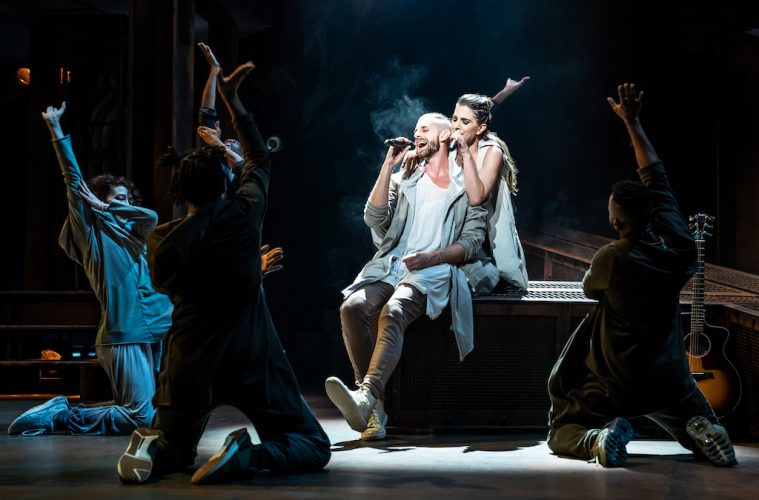 The 50th anniversary of  Jesus Christ Superstar by composer Andrew Lloyd Webber and lyricist Tim Rice, is celebrated in this reimagined touring production of this very popular rock musical. The tour began before the world shuttered in-person theatre and was forced to pause. Fortunately for us, performances have now resumed and this biggie has a current stop in Toronto with Mirvish Productions at the Princess of Wales Theatre until January 2, 2022.

JESUS CHRIST SUPERSTAR is set against the backdrop of an extraordinary series of events during the final weeks in the life of Jesus Christ before he was crucified. Rather than focusing on Jesus and what most of us know, the musical centres around the perspective of Judas, one of the twelve disciples. He was conflicted about who Jesus should be and jealous of his popularity. Judas ultimately betrayed Jesus.

The production is loosely based on the Gospels of the New Testament, but reflects the rock roots that defined a generation when it was written in the 70s. I was four years old when it first came out. Hard to believe!

Jesus Christ Superstar  was actually first introduced as an album which went to become a global sensation.  The legendary score includes I Don’t Know How to Love Him, Gethsemane and Superstar. Based on the audience, most of whom were probably teens in that decade, it was obvious this was a well loved musical.  The fandom continues with this production giving it a full standing ovation the evening we were there. 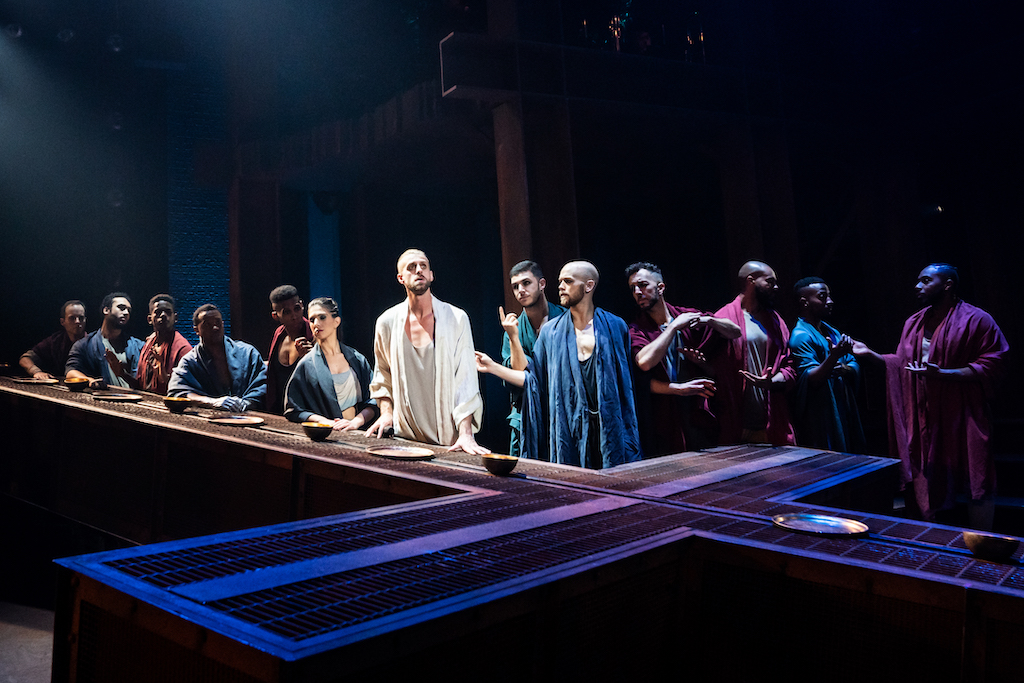 The setting of this 50th anniversary tour production from the UK takes place in an urban landscape with steel framework. A fallen down cross cleverly used for the performers to enter and exit from the stage. The rock band is perched on the second story of the set so the audience can be immersed in the music and have a great view regardless of where they are seated in the theatre. A few incredible electric guitar solos definitely sets the mood right from the start. No doubt this was created for a new generation of theatre goers who may be discovering this musical phenomenon for the first time. For those familiar, the modern approach gave a fresh new perspective.

Even the costumes have a more urban, street style and almost pandemic times feel with mostly oversized hoodies and sneakers along side rock-steady black leather jackets. A nod to our current fashion mood, perhaps? — hey, where can we get some?

The cast is stellar without a doubt with each one delivered every ounce of  energy into this demanding production. Although, some controversy may have drawn more publicity to this production with recent news of James Beeks, who played the role of Judas, was recently arrested for his alleged participation in the January 6 riot. With saving grace, the return of the acclaimed Tyrone Huntley was announced recently and will be returning for the Toronto leg of the tour. The night we were there Eric A. Lewis, was slated to take on the important role and proved he can take the role and run with it showing an impressive range of vocal ability.

Andrew Lloyd Weber and Tim Rice created this musical with a variety of styles from screeching Ozzy Osborne-like music to operatic deep bass hits by the incomparable voice of Alvin Crawford and sometimes jarring phantom-esque style off-key (intended) numbers to the soothing musical voices that you want to sing-a-long to. I can still hear my mom singing “I Don’t Know How To Love Him” from my childhood. 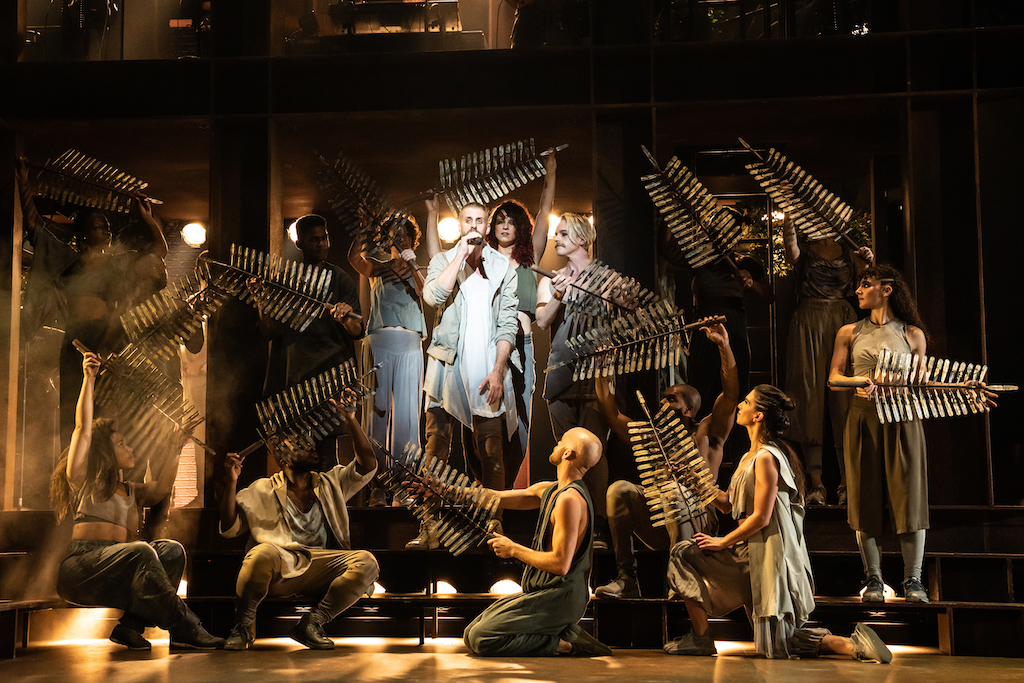 This production has all the ingredients for a great musical with an exceptional cast (even those who stepped into the leading roles the night we had attended). But if you haven’t experienced this particular musical before, I highly suggest reading up the story line before going. While I felt the cast, set, and even the contemporary dance numbers brought the WOW factor, it wasn’t the religious experience I had hoped for. I am a mostly fan of some Andrew Lloyd Webber’s musicals — Phantom of the Opera, yes. Evita, sure. Cats, no. But I  appreciate the nostalgia associated with Jesus Christ Superstar and scanning the audience spotting former “flower child” types was fun. I also loved returning to in-person theatre and experiencing the energy of a live performance. There really isn’t anything like it!

Are you a fan of Jesus Christ Superstar? I’d love to know your thoughts!

This production of Jesus Christ Superstar runs approximately 90 minutes without any intermission.

For more information and for tickets visit www.mirvish.com. I’ve also learned that a limited number of $29 rush seats have just been released. Available at 9:00 am on each performance day (for that day’s performance) on the site.