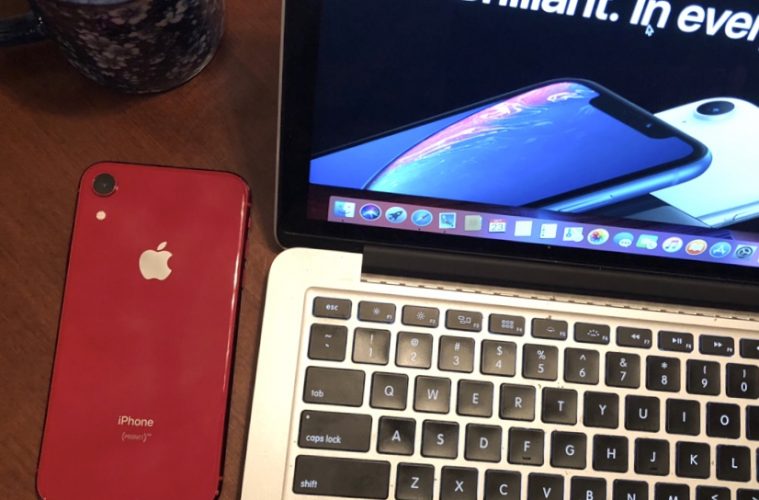 My iPhone has become an extension of me. Honestly, I cannot live without this device that can keep up with my daily life both personally and professionally. I am drawn to its efficiency, design and frankly, how it’s always a few steps ahead of me.  They are intuitive (read: I would rather spend time doing anything but read guides but they are there if you need them) and I can integrate other devices at home seamlessly. No brainer for me and I like that. My mind feels like it’s always at capacity.

When Apple announced the new iPhone XR, it immediately caught my attention. Initial reports in the media is reporting it to be the one to watch. The more affordable price point is worthy of noting for all the features this particular phone comes with. The latest features are more than impressive starting with the new A12 Bionic chip— essentially, it’s the most advanced Neural Engine built for incredible performance and real-time learning.

I’ve read the first look at the iPhone XR but I’m now putting it to the test. By the way, all photos I’m using in this story are untouched and taken on this device unless otherwise stated. So far, here is what’s hitting all the marks!

CAMERA & PHOTOGRAPHY: For me one of the biggest decision makers is the camera on the device. It’s the feature I rely on to deliver professional quality images and they must be up to the standards of my editors — yes, I write for several media outlets aside from here.   iPhone has replaced my use of an actual camera even for the stories I write for the various media outlets. For the iPhone XR, one of Apple’s goals was to give users even more features to play around with that is like a DSLR camera.

There are several noticeable new features on the iPhone XR camera and lens. First off, it’s the most advanced single-camera system. It’s sensors deliver deeper, richer photos. Where it completely wow’d me? I thought my iPhone 8 Plus was pretty damn good and truth be told, I wasn’t prepared to give that one up! Now the iPhone XR means I have even more features to play with.  The most noticeable is the crispness in images in low light.  Think evening shots at events and concerts. This device is so smart it figures out the best lighting for the situation. This image was taken at night using portrait mode! 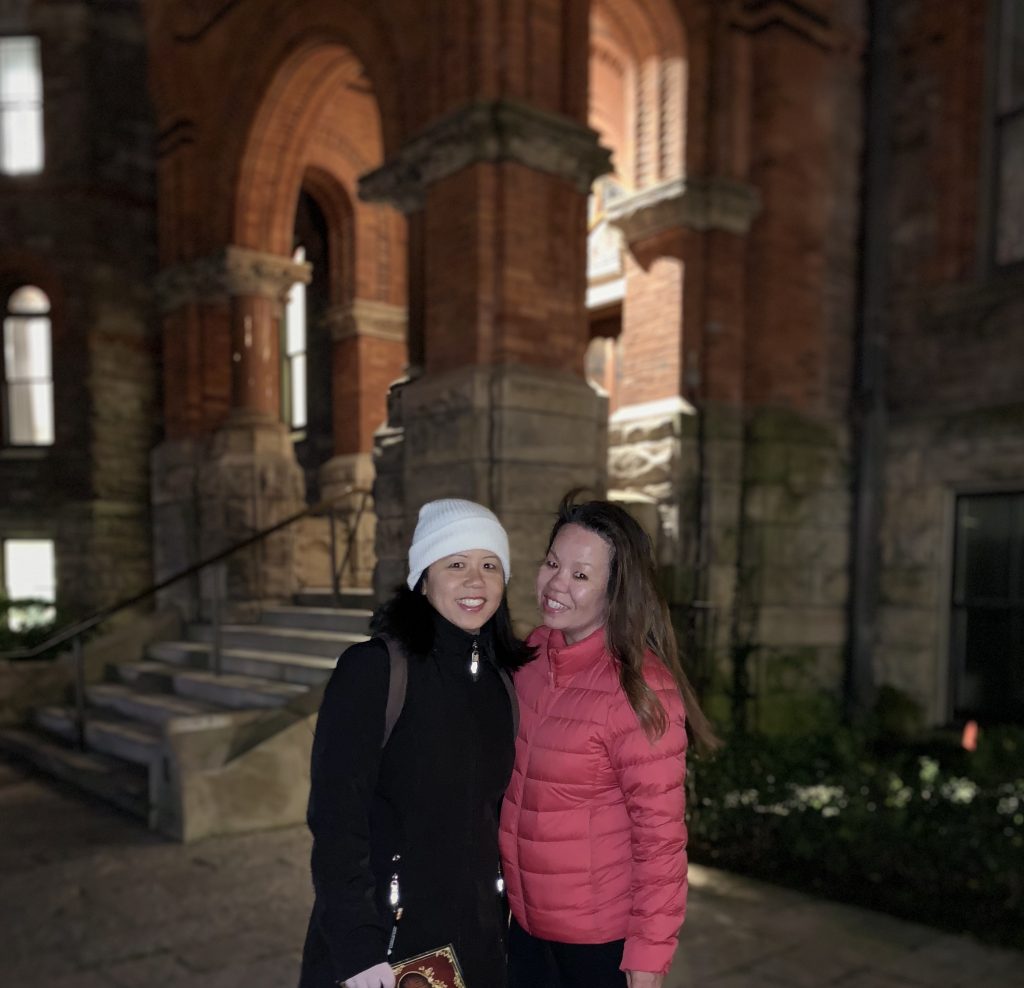 Portrait Mode is a favourite of mine when taking photos. If you’re familiar with the Bokeh effect – that is, bringing  your subjects matter in the forefront giving more focus and depth while softening the background, you’ll love, love, love the features with the Advanced Portrait Mode that offers modes include Stage Light Mode that blackens out the background. The all-new Depth Control lets you adjust the depth of field even after you’ve shot your image making your photos richer and even more spectacular. 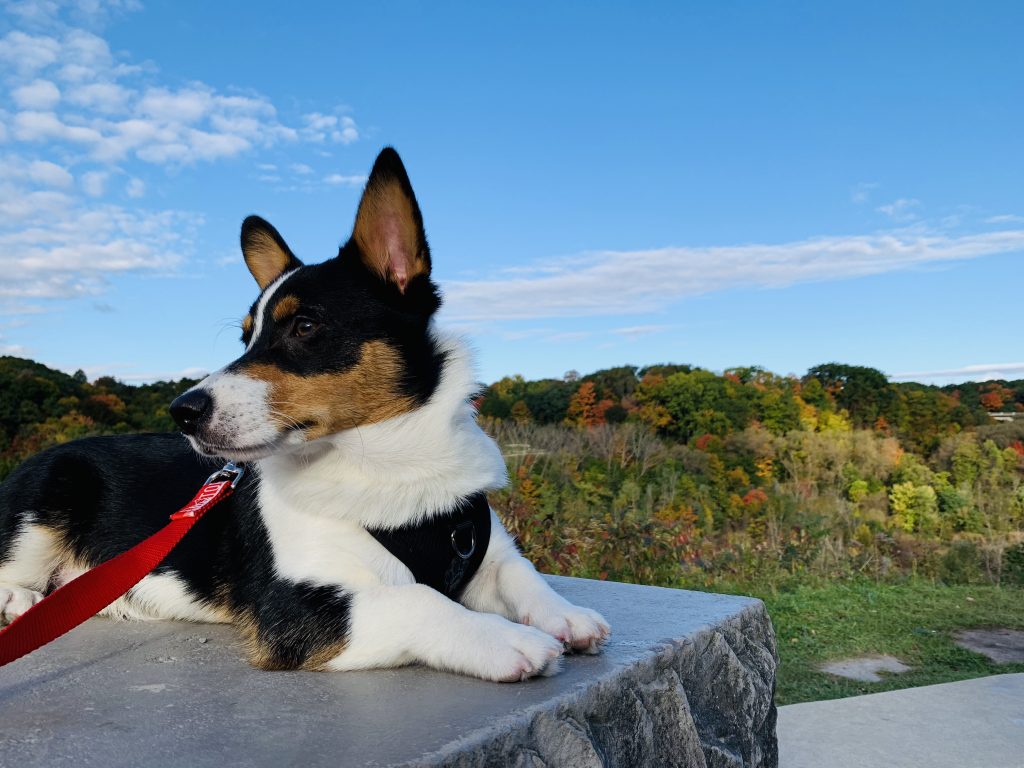 BTW, your selfie game will be even stronger with the TrueDepth camera that offers a stunning collection of studio-quality lighting effects. And the level of detail is amazing… every hair, thread, etc. …well, you get the picture! 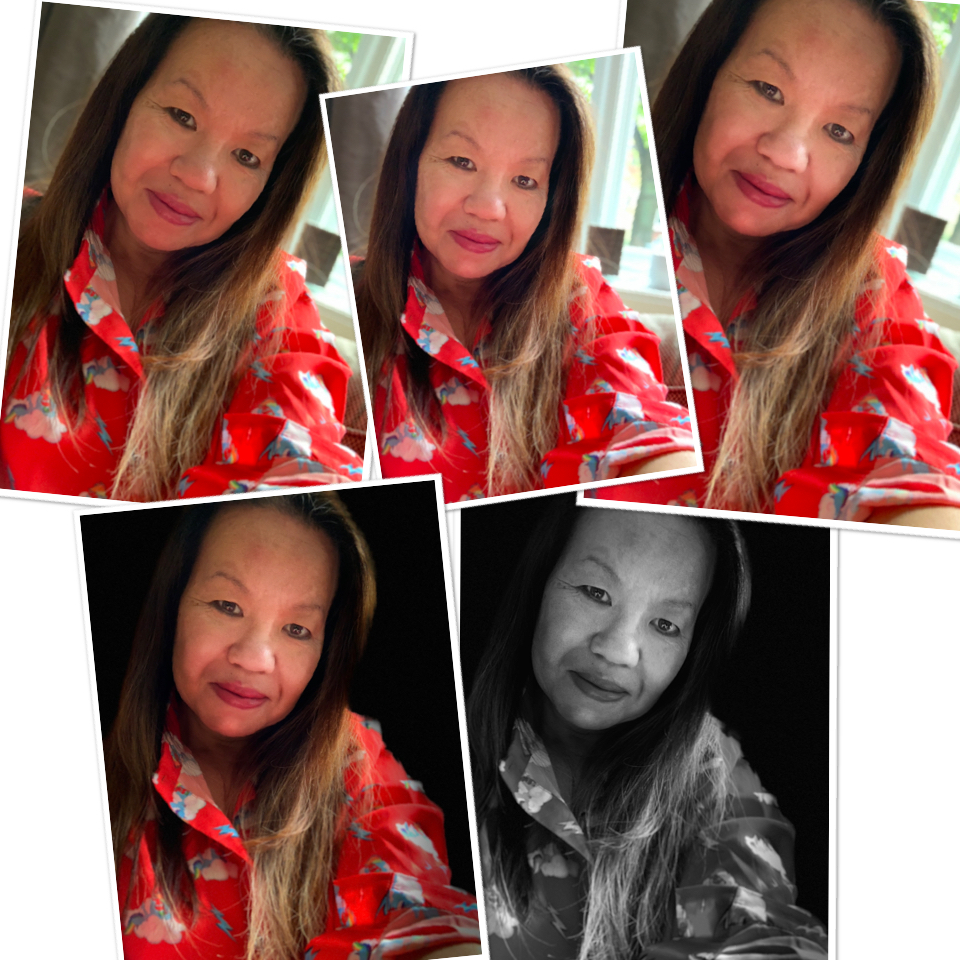 The camera on this device also has a larger sensor with video stabilization as well as stereo recording using four built-in pics to record stereo sound. Left and right speakers on the device is so clear, you could hear every detail in motion.

FACE ID: This security feature is new for me and it didn’t take long for me to get use to it. By recognizing your facial map, it enables you to safely and quickly unlock your iPhone and even use Apple Pay even faster. As soon as you hold up the phone it immediately recognizes you and unlocks. Facial Identification is currently the most secured authentication in the industry. I also tested it out in low light, hair up, sunglasses, glasses and it recognizes me. The true test was when I held it up to my sister’s face in normal light and low light. It did not give her access. But if you’re worried about needing a family member or friend to gain access for whatever reason, there is still the ability to enter in a passcode to gain access.

AR CAPABILITIES: You may be familiar with Augmented Reality (AR) or maybe not just yet? I’ve been keeping an eye on it’s progress and how it integrates into life. Most commonly people recognize AR in games and in educational settings. The Royal Ontario Museum was one of the first places I had seen AR in action several years ago. It’s where you can take an object and place it into the real world through the lens of your device. At the Royal Ontario Museum you could use AR to gain further insight into artifacts and take a 360 degree look at an object that was behind protective glass. It continues to be impressive.

AR is now finding its way into the everyday. Taking measurements for a house renovation and placing decor items to share visions is helping contractors, interior designers and their clients. The iPhone XR takes the AR to a whole other level. Not only can you take a virtual object, take a good look at different angles, and place it anywhere you like, but it will also pick up subtly in lighting and reflection in real time. It’s those kind of details that are truly mind-blowing! And this Magnolia Weekender Bag? It’s pretty much mine now. 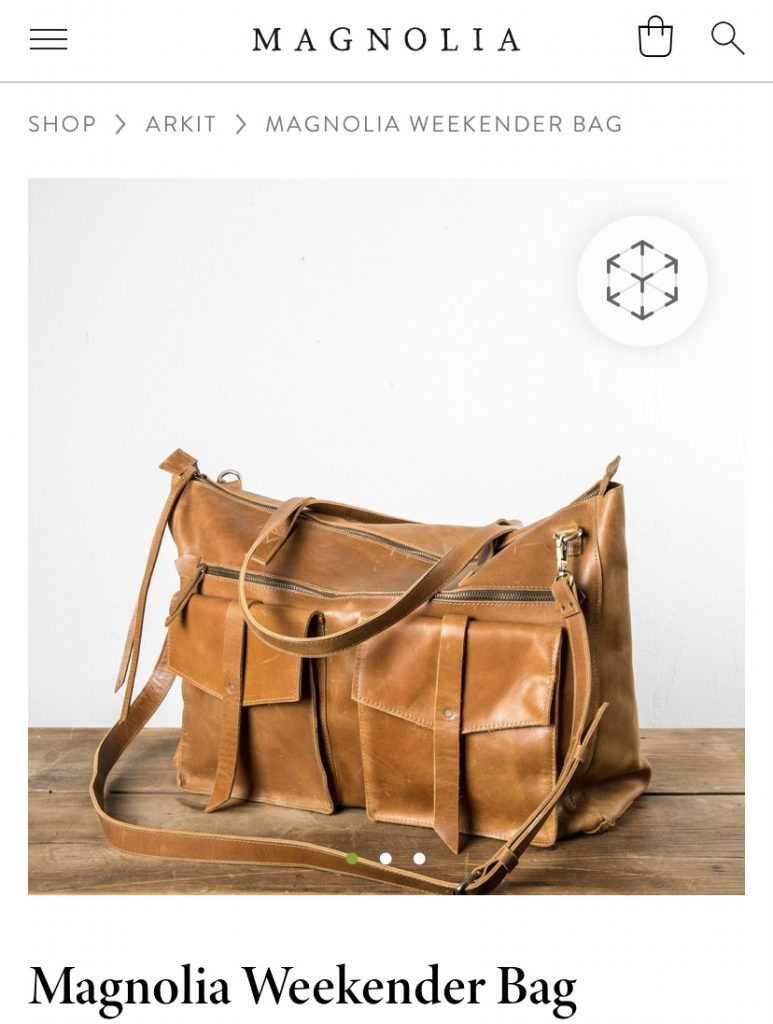 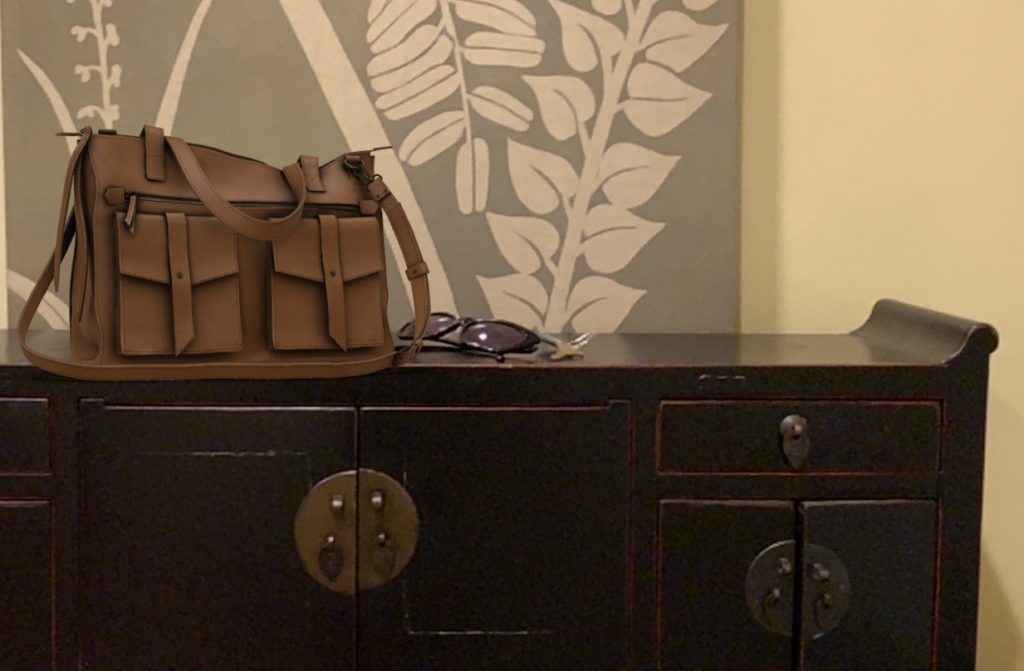 MEMOJI: While there are many ways to use the iPhone XR productively and efficiently, there are time when you want to just have a bit of fun. You may have heard of Animojis, where you can create fun messages that are animated? The iPhone XR has that plus the new Memoji that gives users the opportunity to create their own face image with lots of options for customization. What’s really amazing about this feature is seeing how it all works. Your Memoji captures and mimics your movements and expressions while delivering your message. (see my instagram @theculturepearl for some ways I’m using fun feature) 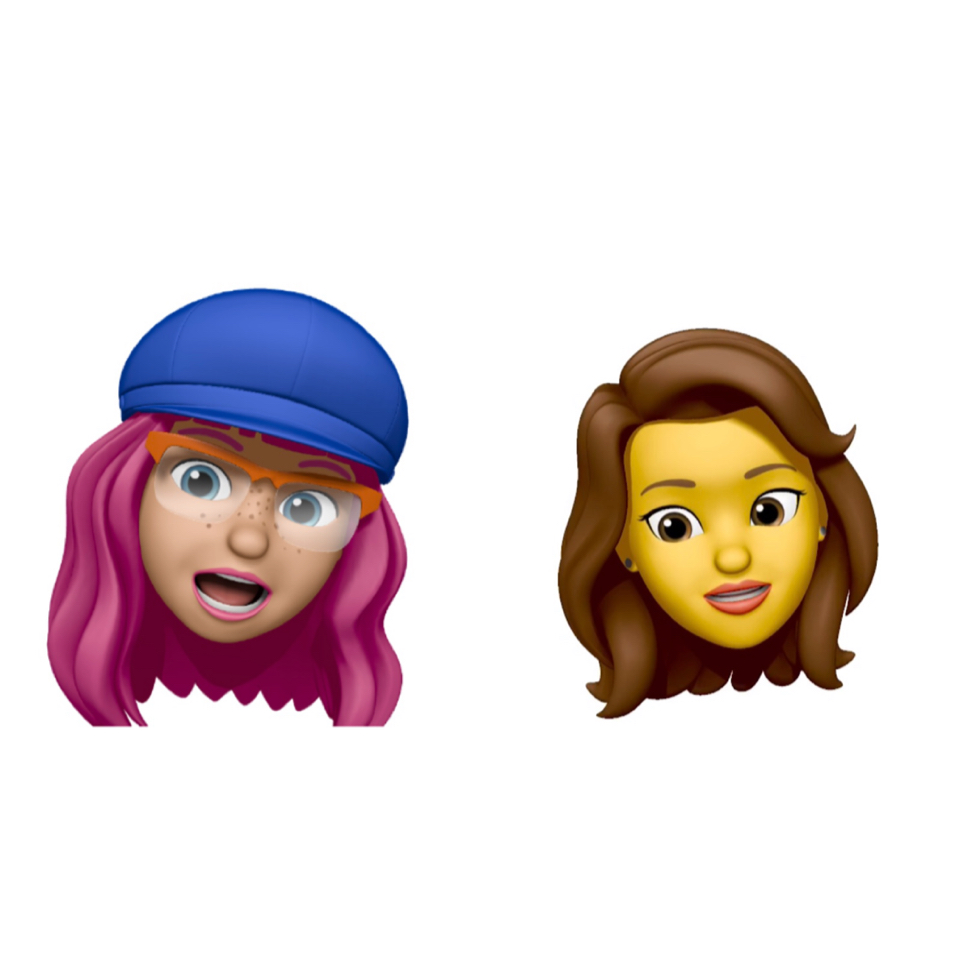 BATTERY POWER: Not very many people would be able to top the amount of time I spend on my phone. By the way, you can also see JUST HOW MUCH screen time you’re spending on the iPhone in the Settings (and it breaks down where you spend the most time) Between answering emails, texts, FaceTime, playing videos, sharing photos I spend a ridiculous amount of time on the device so the battery power needs to keep me going. The iPhone XR has been tested and will last at least an hour more than the iPhone 8 Plus — which was already pretty darn good! 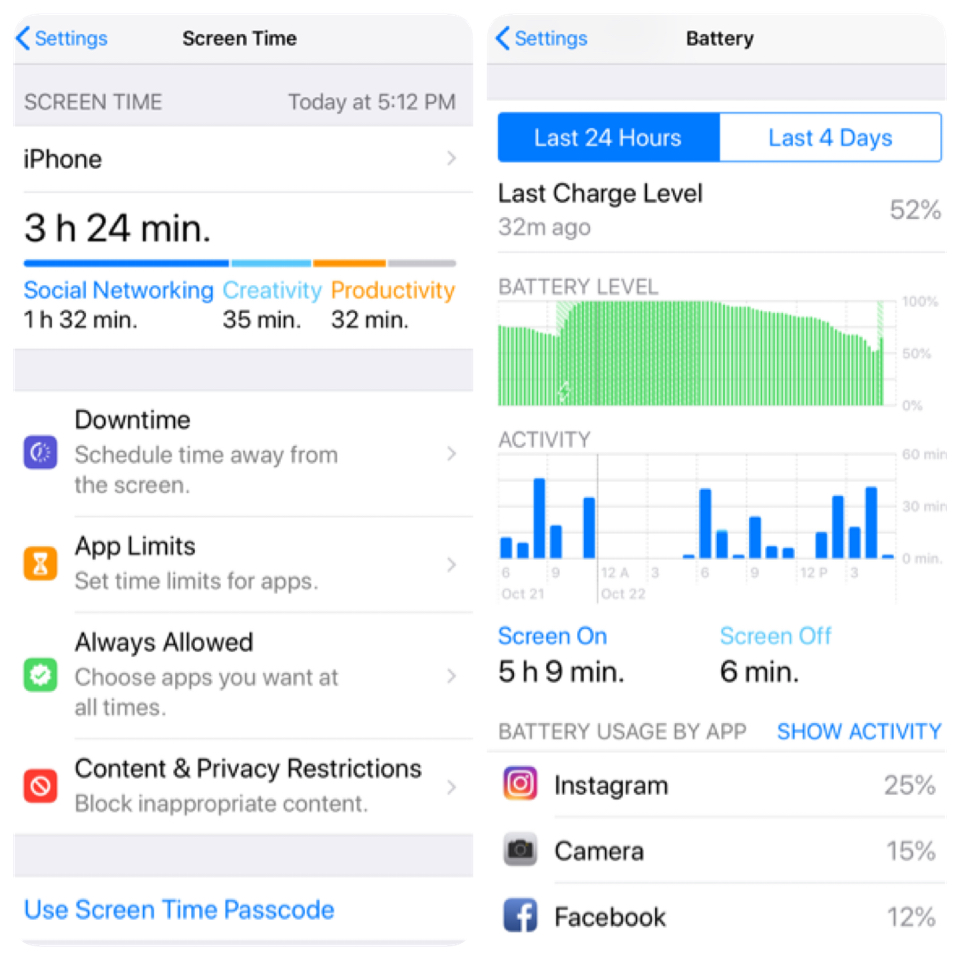 SIZE & COLOUR: I thought it would be difficult to let  go of my previous device was the size. I had become accustomed to the larger format (aging eyes? I dunno) and really didn’t want to give that up. While the overall size of the iPhone XR is sleeker, the screen itself is larger than the iPhone 8 Plus. The all-screen device takes it to the max with a 6.1-inch Liquid Retina display giving this model the most colour accurate LCD around. The iPhone XR also comes in six colours: black, white, blue, coral, yellow, and (PRODUCT) RED so you can show off your personality! 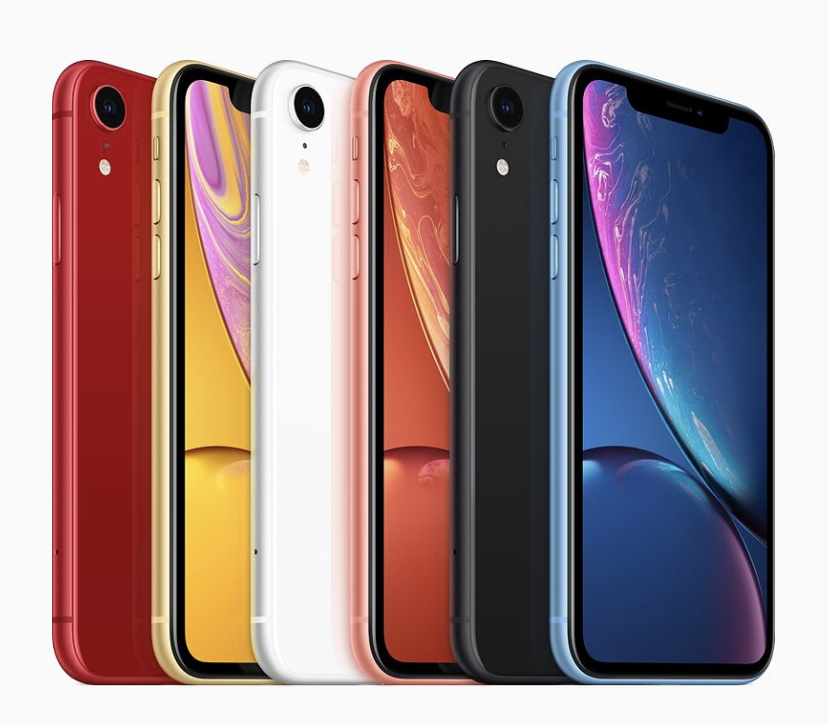 *image from the apple site

There’s so much more I’m discovering with the iPhone XR but having it in my hands for a few days I’m already wow’d!

What else should you know? The iPhone XR starts with iOS 12 and will get even better in the coming months with new features including Group FaceTime and Siri Shortcuts. It’s also set up for faster wireless charging. There are numerous Apps that also work really well with this device and I’ll be finding the ones we love to share soon.

The iPhone XR is now available for Pre-Order. You can learn more here.

*lead in photo in this story was taken on the iPhone 8 Plus.