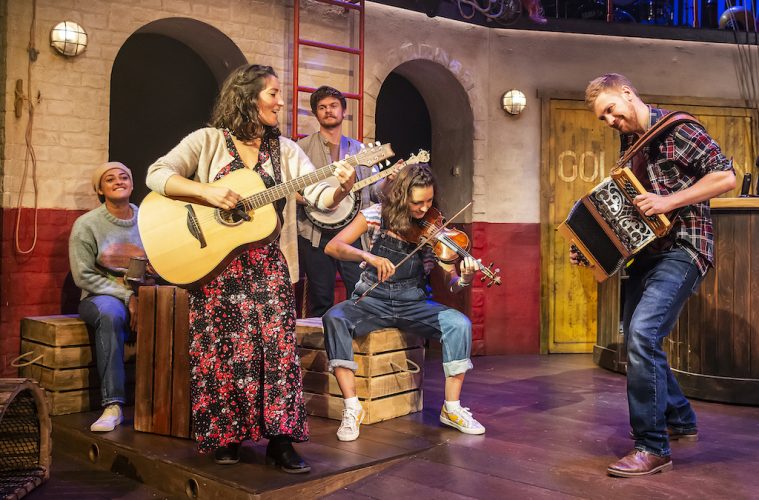 If you’ve ever travelled to a low-key seaside fisherman’s village you know what we mean when we say there’s something truly special. It’s the salty air, the rugged beauty and the simplicity of life that offers a lingering feeling in your heart. But it’s also the people who live by the sea who call the shores their home.  They’ve been some of the best story tellers we’ve ever come across whether it was on Canada’s East Coast or at the whipping windy shores in the UK. In the Fisherman’s Friends: The Musical all these sentiments came flowing back to us.

Based on the true story of Cornish fishermen who worked in Port Isaac, Fisherman’s Friends sang sea shanties that were passed along from the generations before. Grandfathers, fathers and sons would sing the songs to pass the time while they worked mostly to keep the time as they were hauling heavy ropes and other hard labour and, yes, in the pubs over a pint as well. They mostly sung a cappella and sometimes with instrument accompaniments like fiddlers, accordions and wind instruments. The songs carried them through the days and the years.

This group of men would gather on summer nights at their harbour for anyone who would listen. For nearly 30 years, they sang their sea shanties and would then collect whatever donations were tossed into a hat and donate it to the local town’s charity. 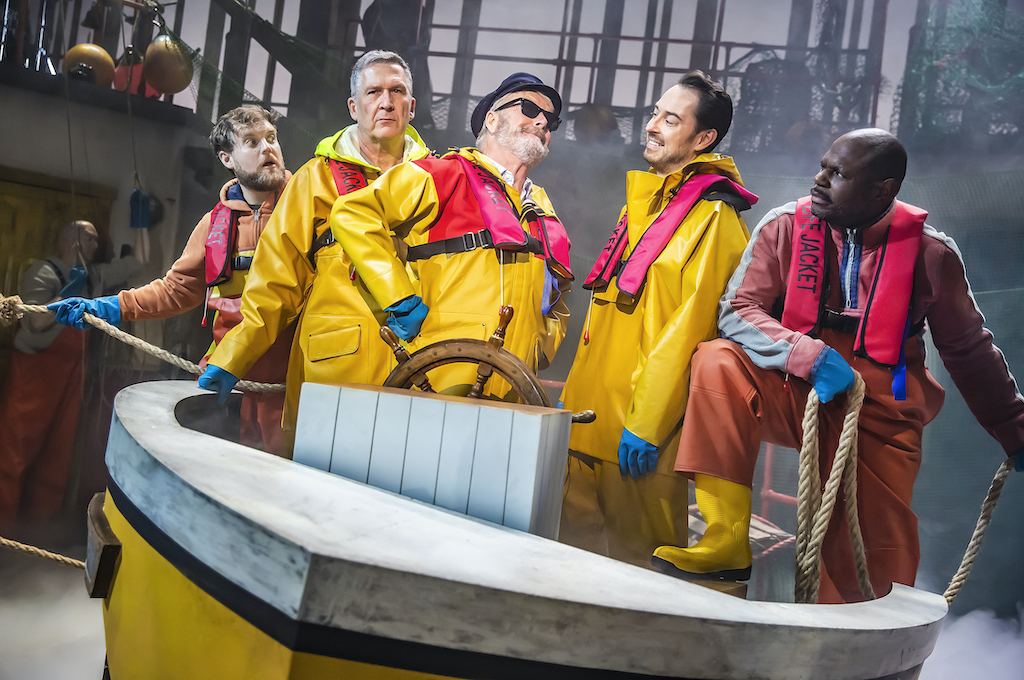 It happened that a record producer, Danny (Jason Langley), was vacationing in the seaside town and heard the men sing. Moved by what he heard eventually led to the fishermen signing with record label Island Records (who also represented Bob Marley, Queen, U2, Ariana Grande, The Cranberries, Shawn Mendes, and more). The Fisherman’s Friends debut album was released in 2010 and made the Top Ten charts. Quickly the world wanted more so began touring including high profile stages including the Royal Albert Hall and Glastonbury. They also were invited to sing for The Queen. There was even a documentary film made about the group but they still kept to their roots and return to their humble lives in between touring. We can understand that — the sea always calls us back.

Fisherman’s Friends: The Musical has an impressive cast of 24 performers — men, women and musicians. They fill the stage with their non-stop singing as they tell the story of the men who were discovered as well as the women who stayed in the seaside town to care for their families. Like many fishing villages we learn that it’s very much about community and respect for a hard-earned living. But it also has a lesson in integrity and pride in what was passed down for generations. A heartfelt reminder of taking care of each other in our world is as important as taking care of ourselves.

There are several familiar tunes like What Shall We Do With The Drunken Sailor, Billy O’Shea and John Kanaka that many of us would have come across at some point in our lives.   The collective group of male singers, including James Gaddas (Jim), Anton Stephans (Leadville), Dominic Brewer (Yestin), Martin Arthur (Arthur), Hadrian Delacey (Archie) and others belt them out with the ruggedness you would expect but it’s the women who really have us catching our breaths.

Parisa Shahmir (Alwyn) and Louisa Beadel (Morwenna) stunning voices that balances out the performance with sweet — sometimes bittersweet moments. I have a lovely interview with Susan Penhaligon (Maggie) who talks about life in Cornwall and her role in the musical coming up soon! Stay tuned!

If you loved Come From Away or know what we mean by there’s just something so beautiful and sincere about people who live by the sea then you’ll really appreciate this one. This very special musical that transports you to a place that feels like home. If you need a break from the holiday frenzy this feel-good musical is it.

The North American Premiere of Fisherman’s Friends: The Musical with the original U.K. cast is on stage at the Royal Alexandra Theatre in Toronto until January 15, 2023. For more information or tickets visit www.mirvish.com

What else is happening this month? Check out our City Girl’s Guide to Toronto in December.