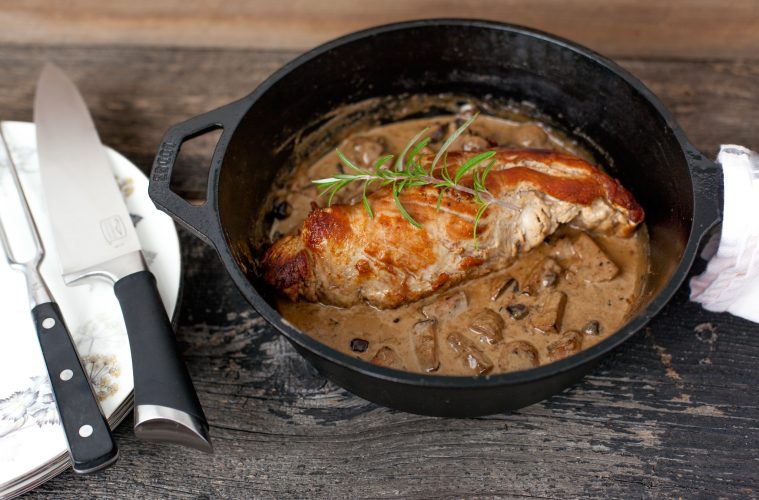 My father used to make a version of this when I was a kid. By version I mean it was mostly pork chops with a can of mushroom soup thrown on top. No offense to him, but this iteration tastes (and looks!) a whole lot better.

Make this on a weeknight in a snap, or for a fancy-ish weekend meal with friends. Pair it with steamed potatoes, rice or up the ante and make some spätzle for the sauce to soak up. Pre-heat the oven with a roasting pan inside so when you are done searing the tenderloin the meat goes directly from skillet to hot oven. Pork is a lean cut that doesn’t take much time to cook, so the sauce will be done just as fast as the meat cooks. 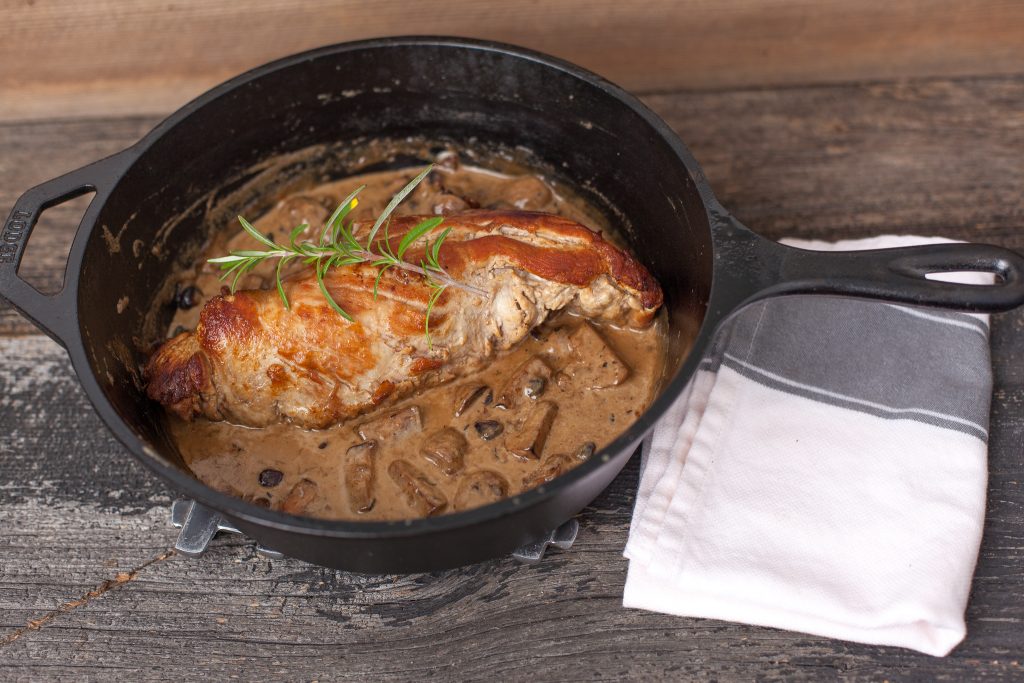 Place a shallow roasting pan in your oven and pre-heat to 400 °F. Set cast iron skillet on stove top and set to high. Add evoo. Season tenderloin with salt and pepper and add to hot skillet. Cook, over medium high until pork has been evenly seared on all sides. Place tenderloin on roasting pan in oven. Keep skillet on medium heat and add the hazelnuts and brandy, then mushrooms. Cover, let mushrooms brown and hazelnuts toast, about 5 minutes. Add whipping cream, bring to a boil and then reduce heat to simmer. Remove pork from oven, it should be about 150-170 °F. Add back into skillet and serve with your favourite hearty side and veg.