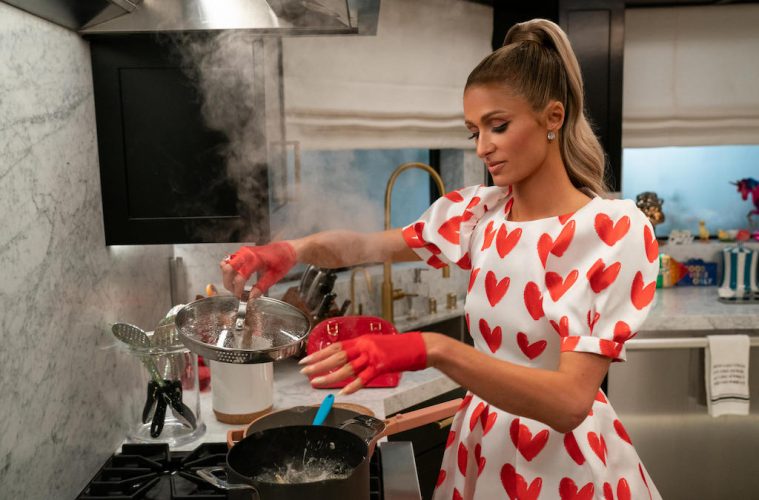 Ever wonder what happened to Paris Hilton? She’s recently  been working on a new cooking show. What? We know! COOKING WITH PARIS is set to launch on August 4 on Netflix Canada. She can cook?

…kind of. And she’s turning the traditional cooking show upside down. She’s not a trained chef and she’s not trying to be. With the help of her celebrity friends, she navigates new ingredients, new recipes and exotic kitchen appliances. Inspired by her viral YouTube video, Paris will take us from the grocery store to the finished table spread – and she might actually learn her way around the kitchen.

There will be six – 27 minute unscripted episodes in this Netflix “cooking” series.

Hey, we’re not going to pass any judgement but will definitely be watching. We may even be surprised…or at least we’ll be inspired to dress up more in the kitchen?