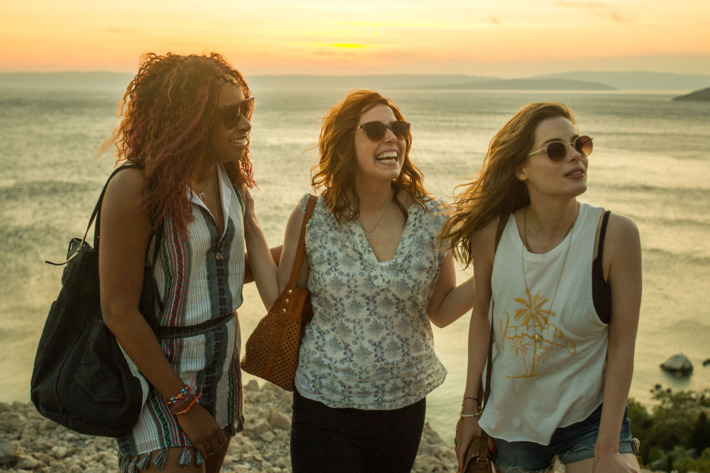 Sometimes a good love story is what we want. Nothing too heavy but just the right amount of “awwww” or…er, “ohhhhh” to give us hope that there’s still good in the world. Or at least give us an escape from everyday life. I can’t even begin to count how many times have I watched the Wedding Planner or Maid in Manhattan. But I know I’m not alone. Netflix Canada has reported that more than 80 million accounts have watched a romance film on the streaming service in the last year alone. That’s nearly 2/3 of Netflix global audience! And people aren’t just watching once — Out of the members who have watched The Kissing Booth, one in three of them have re-wacthed it, which is, according to Netflix, 30% higher than the average movie re-watch rate on Netflix.

Love is love and we’ve scoured Netflix for some feel-good summer loving films. Get your rosé and popcorn ready for a cozy night in…let us know what you’d add to our summer watch list!

THE KISSING BOOTH: Netflix Original Film. When Elle Evans (Joey King), a pretty, late-bloomer who’s never-been-kissed, decides to run a kissing booth at her high school’s Spring Carnival, she unexpectedly finds herself locking lips with her secret crush– the ultimate bad boy, Noah Flynn (Jacob Elordi). Sparks fly, but there’s one little problem: Noah just happens to be the brother of her best friend, Lee, (Joel Courtney) and is absolutely off limits according to the rules of their friendship pact. Elle’s life is turned upside down when she realizes that she must ultimately make a choice: follow the rules or follow her heart. Based on Beth Reekles’ self-published coming-of-age novel that became an international sensation. 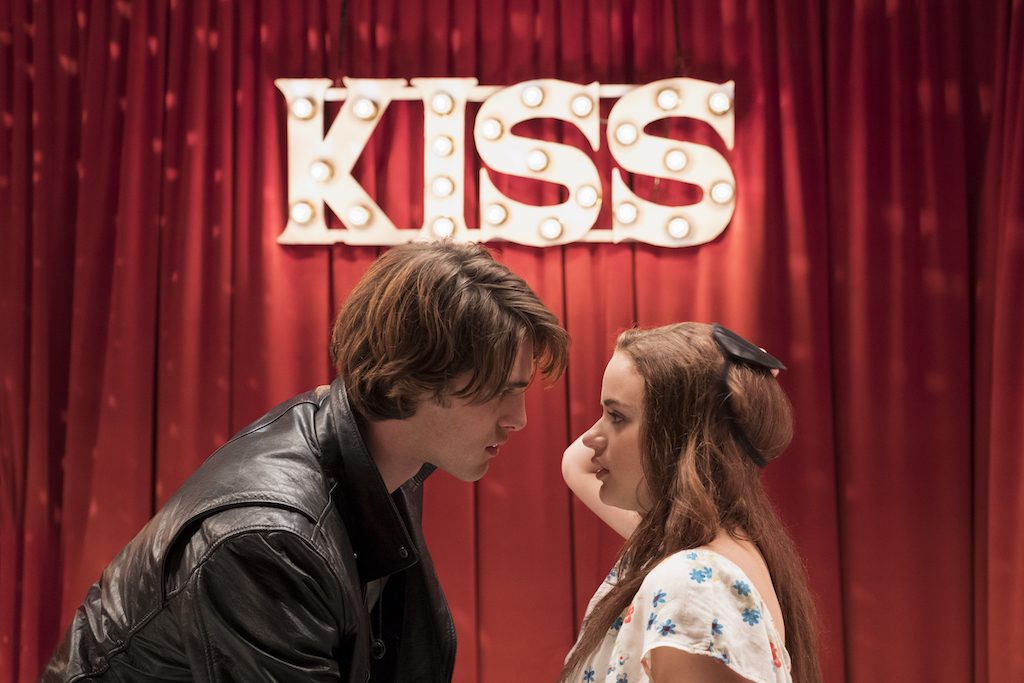 ALEX STRANGELOVE: Netflix Original Film. Tells the story of Alex Truelove (Daniel Doheny), a well-rounded high school senior with a wonderful girlfriend Claire (Madeline Weinstein) and a bright future ahead of him – and with plans to achieve his last teenage milestone by losing his virginity. But things get complicated when he meets Elliot (Antonio Marziale), a handsome and charming gay kid from the other side of town, who unwittingly sends Alex on a rollercoaster journey of sexual identity, kicking off a hilarious and moving exploration of love, sex and friendship in our liberated and confusing modern times. Written and directed by Craig Johnson (The Skeleton Twins, Wilson), produced by Ben Stiller, Nicky Weinstock, and Jared Ian Goldman. 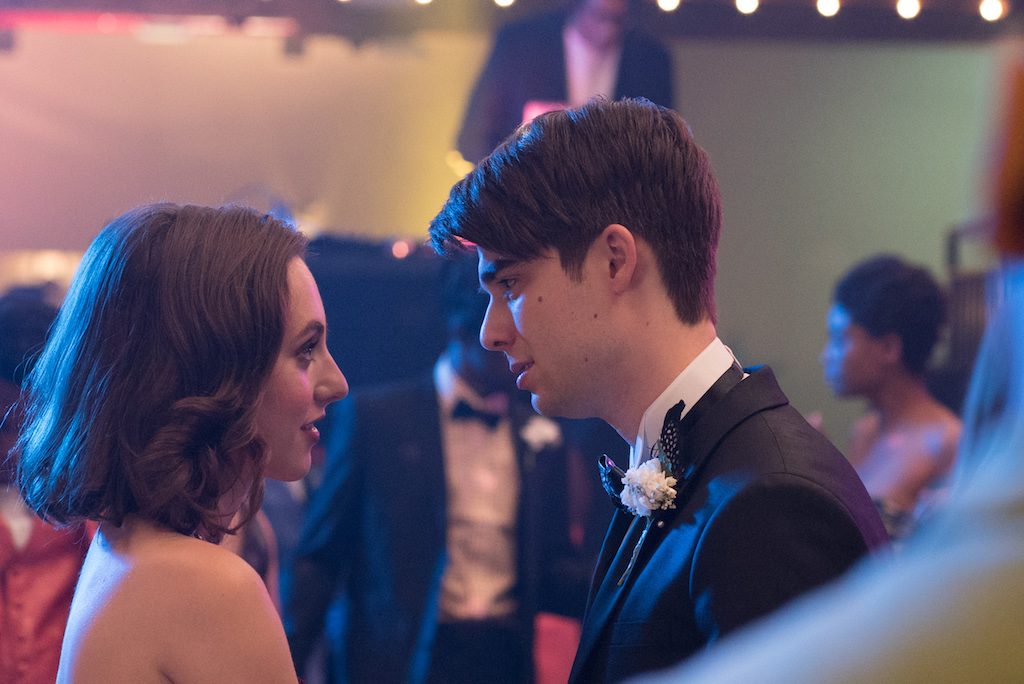 IBIZA: Netflix Original.When Harper is sent to Spain for an important work meeting, her hard-partying friends tag along and convince her to pursue a fling with a famous DJ.

LIKE FATHER: Netflix Original Film (August 3). When a workaholic young executive (Kristen Bell), is left at the altar, she ends up on her Caribbean honeymoon cruise with the last person she ever expected: her estranged and equally workaholic father (Kelsey Grammer). The two depart as strangers, but over the course of a few hilarious adventures, a couple of umbrella-clad cocktails and a whole lot of soul-searching, they return with a renewed appreciation for family and life. Stars Kristen Bell. 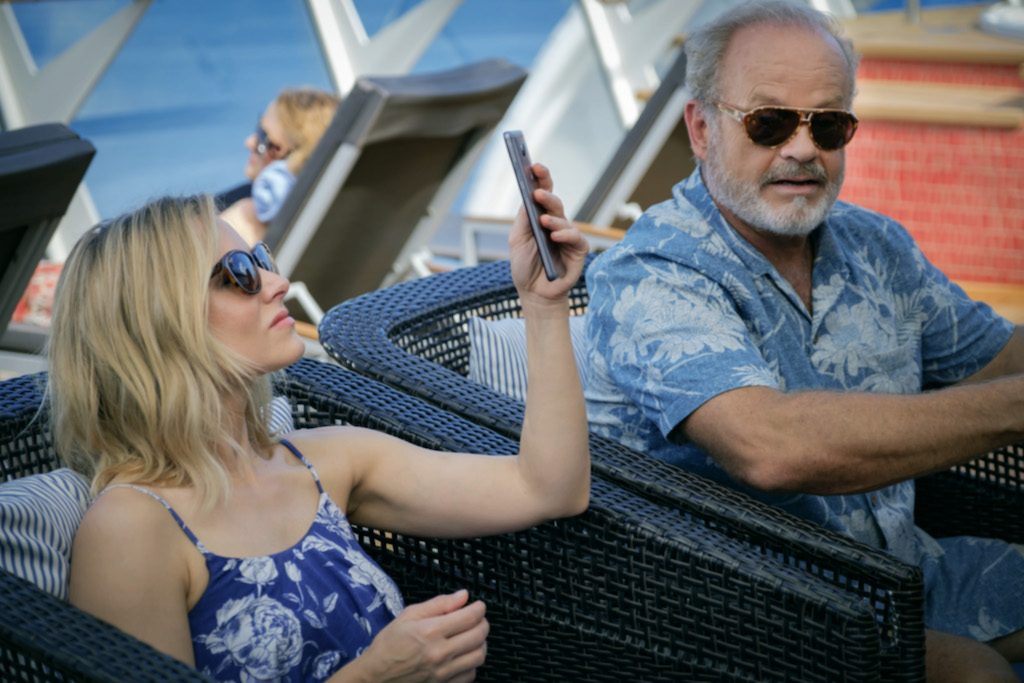 THE GUERNSEY LITERARY AND POTATO PEEL PIE SOCIETY: August 10. A writer bonds with the eccentric residents of Guernsey when she decides to write about the book club they formed during the WWII German occupation. 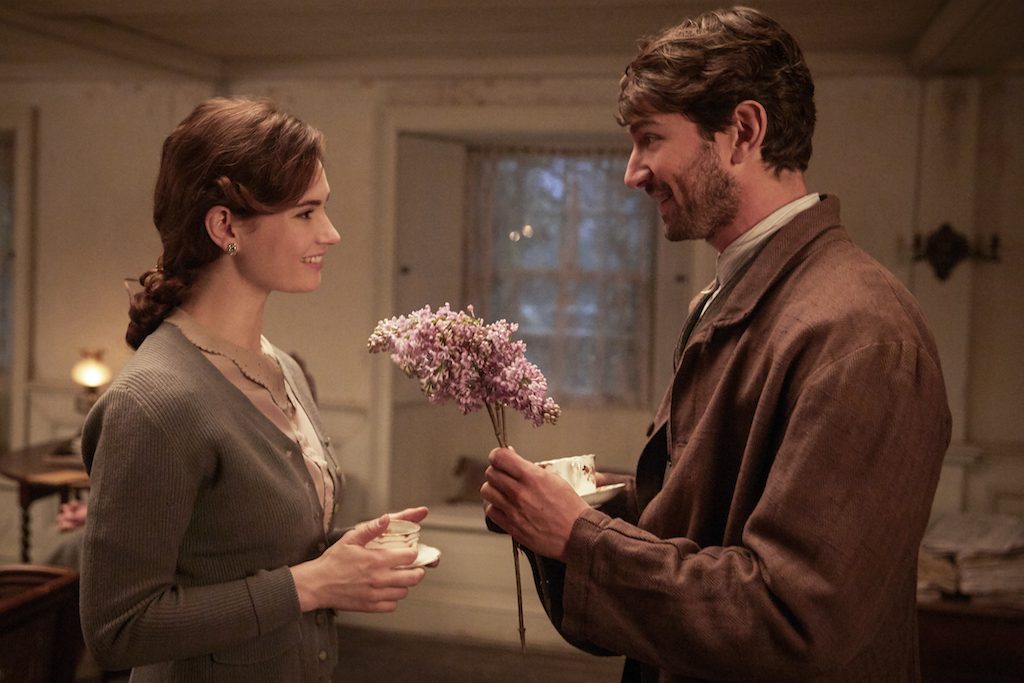 TO ALL THE BOYS I’VE LOVED BEFORE: Netflix Original Film. August 17. What if all the crushes you ever had found out how you felt about them…all at once? Lara Jean Song Covey’s love life goes from imaginary to out of control when the love letters for every boy she’s ever loved—five in all– are mysteriously mailed out. From New York Times Bestselling Author, Jenny Han, the film adaption of the popular YA novel stars actress Lana Condor (Alita: Battle Angel, X-Men: Apocalypse) and Noah Centineo (Sierra Burgess Is A Loser, The Fosters). 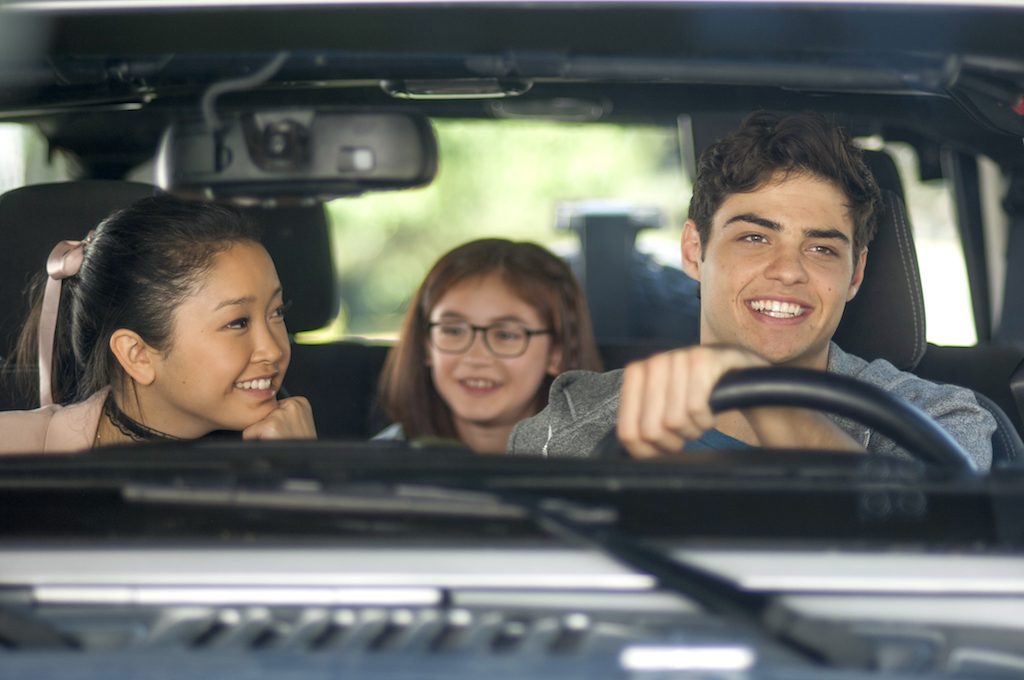 To All The Boys I’ve Loved Before. Photo credit: Awesomeness Films/Netflix

SET IT UP: Netflix Original Film. Harper and Charlie are overworked, underpaid assistants wasting their 20s slaving away for bosses who treat them like dirt and work them ‘round the clock. When they realize that they would have much more free time if the people they worked for weren’t single, they concoct a plan to lure their bosses into a faux-romance. 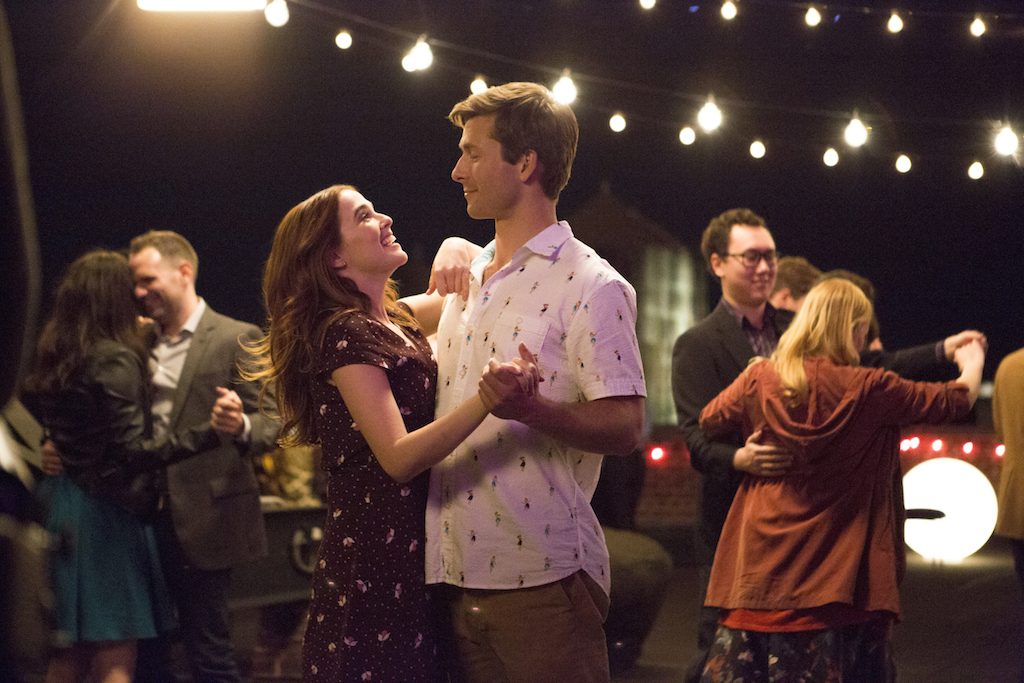 HOW TO LOSE A GUY IN 10 DAYS: An advice columnist, Andie Anderson (Kate Hudson), tries pushing the boundaries of what she can write about in her new piece about how to get a man to leave you in 10 days. Her editor, Lana (Bebe Neuwirth), loves it, and Andie goes off to find a man she can use for the experiment. Enter executive Ben Berry (Matthew McConaughey), who is so confident in his romantic prowess that he thinks he can make any woman fall in love with him in 10 days. When Andie and Ben meet, their plans backfire.

SIXTEEN CANDLES: With the occasion all but overshadowed by her sister’s upcoming wedding, angst-ridden Samantha (Molly Ringwald) faces her 16th birthday with typical adolescent dread. Samantha pines for studly older boy Jake (Michael Schoeffling), but worries that her chastity will be a turnoff for the popular senior. Meanwhile, Samantha must constantly rebuff the affections of nerdy Ted (Anthony Michael Hall), the only boy in the school, unfortunately, who seems to take an interest in her. 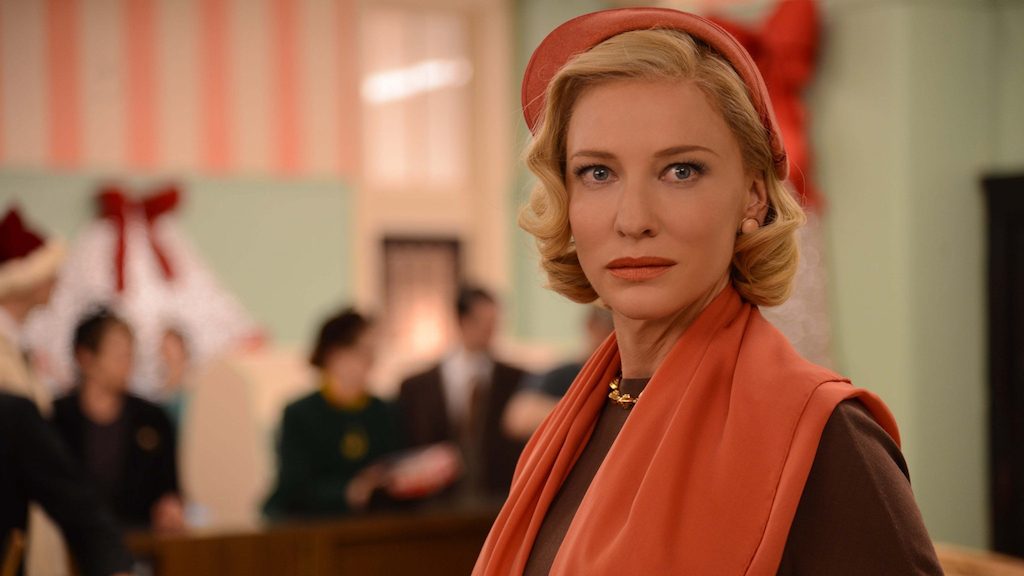 NOTTING HILL: William Thacker (Hugh Grant) is a London bookstore owner whose humdrum existence is thrown into romantic turmoil when famous American actress Anna Scott (Julia Roberts) appears in his shop. A chance encounter over spilled orange juice leads to a kiss that blossoms into a full-blown affair. As the average bloke and glamorous movie star draw closer and closer together, they struggle to reconcile their radically different lifestyles in the name of love.

SENSE AND SENSIBILITY: When Elinor Dashwood’s (Emma Thompson) father dies, her family’s finances are crippled. After the Dashwoods move to a cottage in Devonshire, Elinor’s sister Marianne (Kate Winslet) is torn between the handsome John Willoughby (Greg Wise) and the older Colonel Brandon (Alan Rickman). Meanwhile, Elinor’s romantic hopes with Edward Ferrars (Hugh Grant) are hindered due to his prior engagement. Both Elinor and Marianne strive for love while the circumstances in their lives constantly change.

ALI’S WEDDING: After telling a white lie that spins out of control, the son of an Iraqi-born cleric in Melbourne becomes torn between family duty and his own heart. 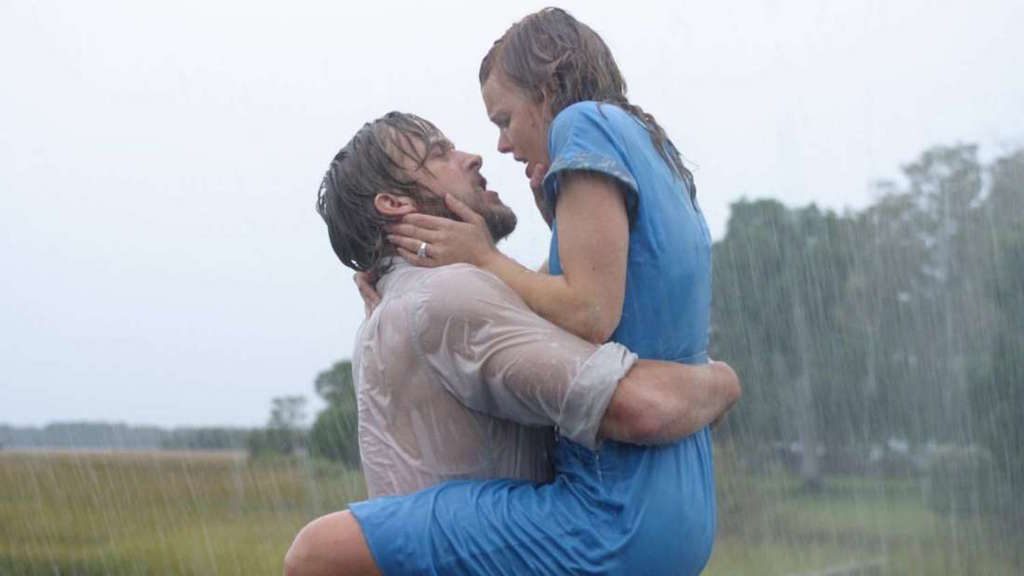 THE NOTEBOOK: In 1940s South Carolina, mill worker Noah Calhoun (Ryan Gosling) and rich girl Allie (Rachel McAdams) are desperately in love. But her parents don’t approve. When Noah goes off to serve in World War II, it seems to mark the end of their love affair. In the interim, Allie becomes involved with another man (James Marsden). But when Noah returns to their small town years later, on the cusp of Allie’s marriage, it soon becomes clear that their romance is anything but over.