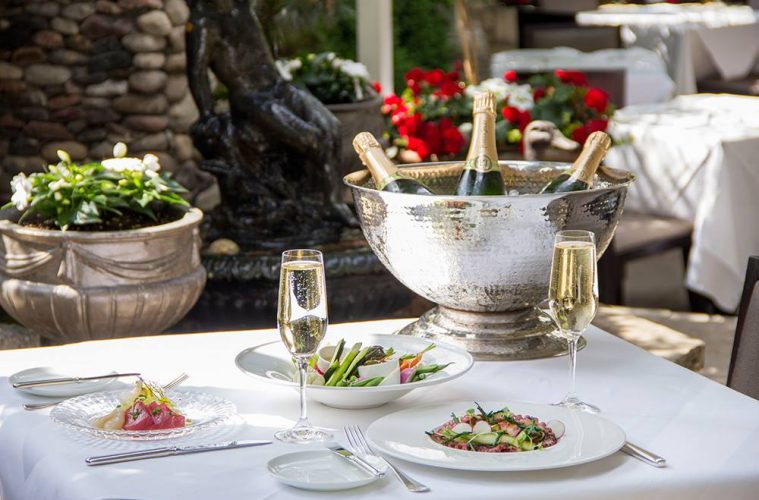 Valentine’s Day isn’t something we make a fuss about but we will take any excuse to go out for dinner! OpenTable, the online reservation service has just released it’s 100 Most Romantic Restaurants in Canada for 2019. The findings reflect the opinions of more than 500,000 restaurant reviews submitted by verified OpenTable diners for more than 2,500 restaurants in Canada.

The list features restaurants for 50 cities across 9 provinces. Ontario tops the list with 39 establishments, followed by Alberta with 21, British Columbia with 14 and Quebec with 13. Rounding out the list are restaurants from Manitoba (6), Saskatchewan (3), Nova Scotia (2), Newfoundland (1) and New Brunswick (1). For the second year in a row, Niagara Region rules in romance with 11 restaurants featured on the list.

There are 29 restaurants that are new to the list, determined by OpenTable diners to deserve a position among Canada’s most romantic. Newcomers include The Restaurant at Pearl Morissette in the country’s romance capital Niagara-on-the-Lake, the rustic and cozy Oz Kafe in Ottawa’s Byward Market, The Salmon House overlooking downtown Vancouver and Banff’s Sky Bistro with breathtaking views of the Canadian Rockies.

OpenTable’s 100 Most Romantic Restaurants in Canada for 2019 list is generated solely from diner reviews collected between December 1, 2017, and November 30, 2018. All restaurants with a minimum “overall” score and number of qualifying reviews were included for consideration. The overall score is made up of unique data points, such as overall diner rating, user klout, total number of reviews and regional overall rating. Qualifying restaurants were then scored and sorted according to the percentage of reviews for which “romantic” was selected as a special feature.

Restaurants are listed in alphabetical order. Check it here www.opentable.com