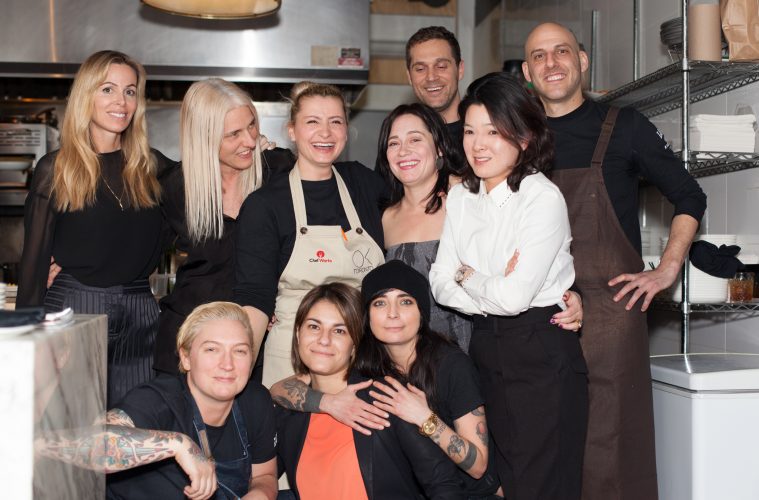 Open Kitchen Toronto toasted their inaugural launch last night at Ufficio. A culmination of a culinary dream team crafted by the best in the biz, Open Kitchen Toronto’s concept is all in an effort to lift up their industry with the creation of a bursary scholarship for women to attend GBC and follow in their footsteps into the world of culinary. The dining series takes over some of Toronto’s top kitchens, with Top Chef Canada competitor Ivana Raca taking the lead for the first evening. There’s four more dinners scheduled, plans for even more events in the future- and they’re just getting warmed up. 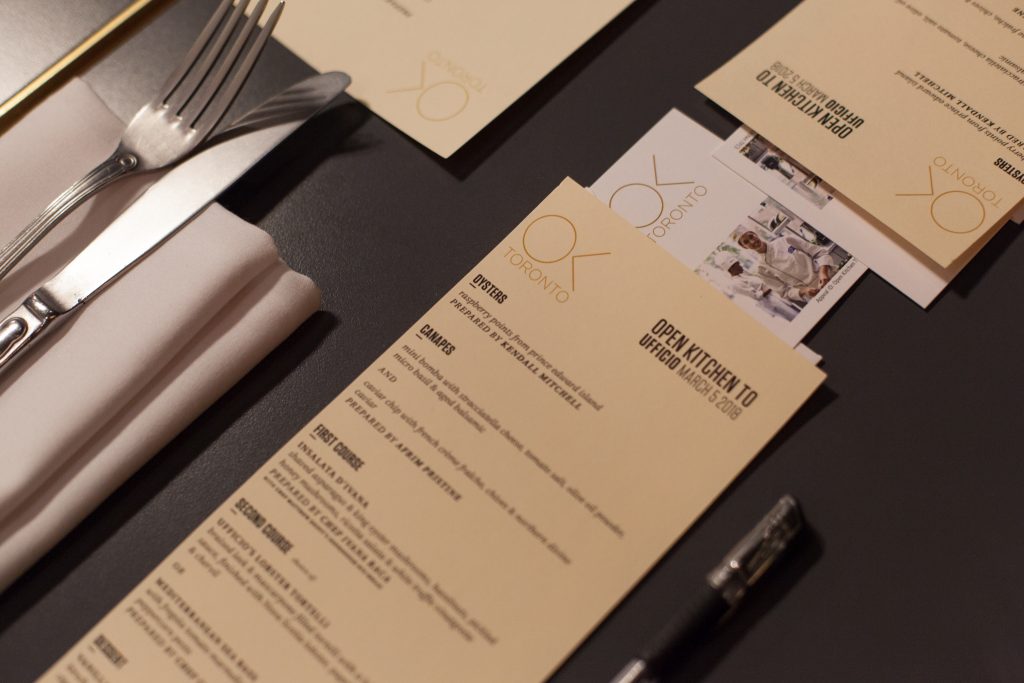 Seeing a need for more opportunities for women seeking a culinary education, restaurateurs Stacey Patterson and Jennifer Coburn generated buzz and gathered like minded industry pros to launch the concept. The premise is simple- buy a ticket, attend a meal, make a donation if you can swing it, and the money raised goes directly to the scholarship fund. Tickets sold out fast for the first evening, going at $150 per person, with the next dinner taking place on April 18th, by “Queen Donna”, or Donna Dooher, the Chef of Mildred’s Temple Kitchen. Lora Kirk & Lynn Crawford, Alida Solomon, and Elia Herrera are all tapped for their respective events, book early for these inspired chefs. 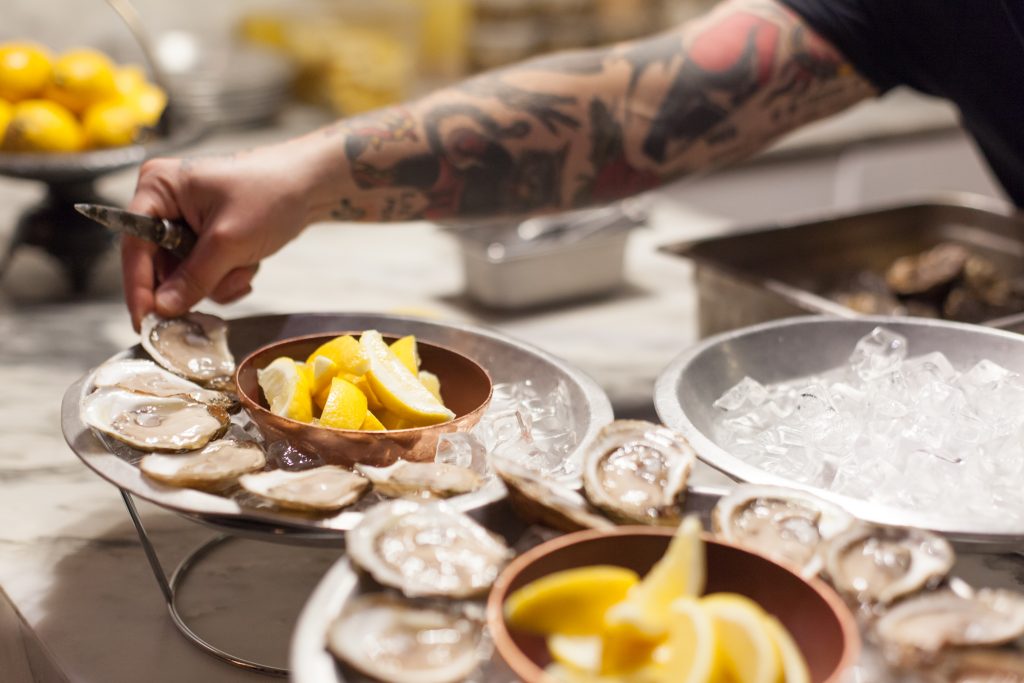 And while too often a female focused event can turn into a man-bashing melee, the Open Kitchen Toronto team ensured that men were included and put to good use with Afrim Pristine & Cory Vitiello deftly serving up canapes like Caviar Chips with Crème Fraîche and Mini Bomba donuts stuffed with stracciatella cheese. Kendall Mitchell shucked fresh Raspberry Point oysters for hours while top bartender Sandy de Almeida prepared cocktails for the thirsty crowd. 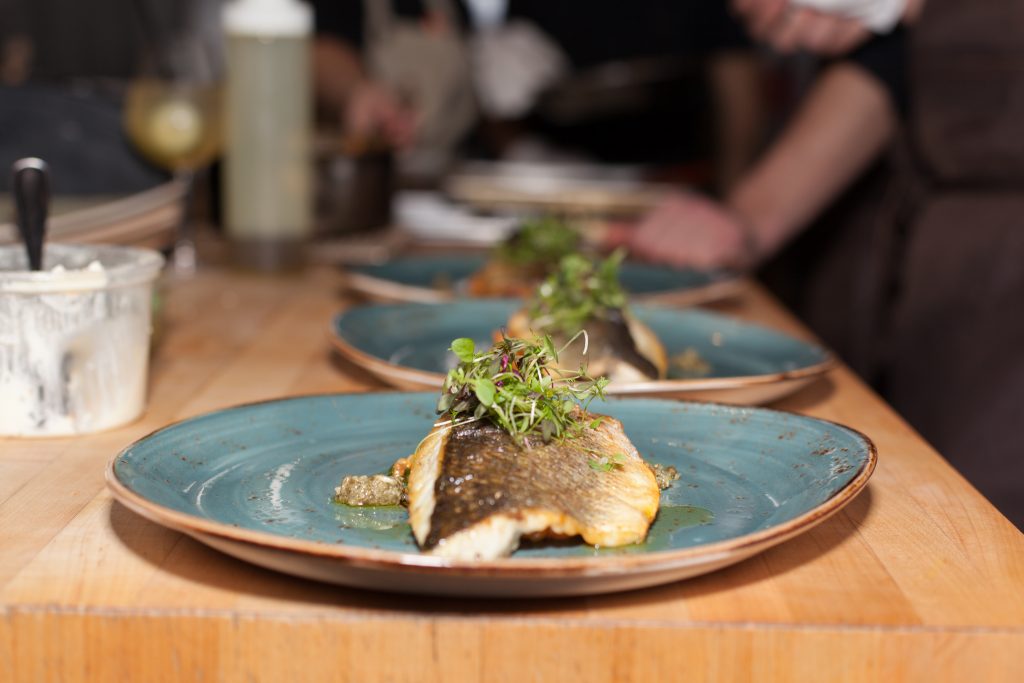 But it was Ivana Raca’s salad that stole the show and a few hearts, with a self titled salad worthy of all the glory. Insalata D’Ivana brought pickled and fresh mushrooms with shaved asparagus with white truffle vinaigrette. Paired with Chef Matthew Duffy’s sourdough rye bread and that would have made for a meal on it’s own. But with Ufficio’s signature Lobster Tortelli, or a Mediterranean Sea Bass, it was far from over. Dessert was a sweet finish with a simple Pavolva, and after dinner drinks and aperitifs. The evening was of course sensational, more like a family reunion than a charity circuit. It’s evident and obvious that this passion project is anything but lip service- when women propel and push each other, teach other and embody a model for everyone, it levels the playing field for the vulnerable. It’s beyond exciting to see the room buzzing with hope, but it’s even better when it’s positively contagious. 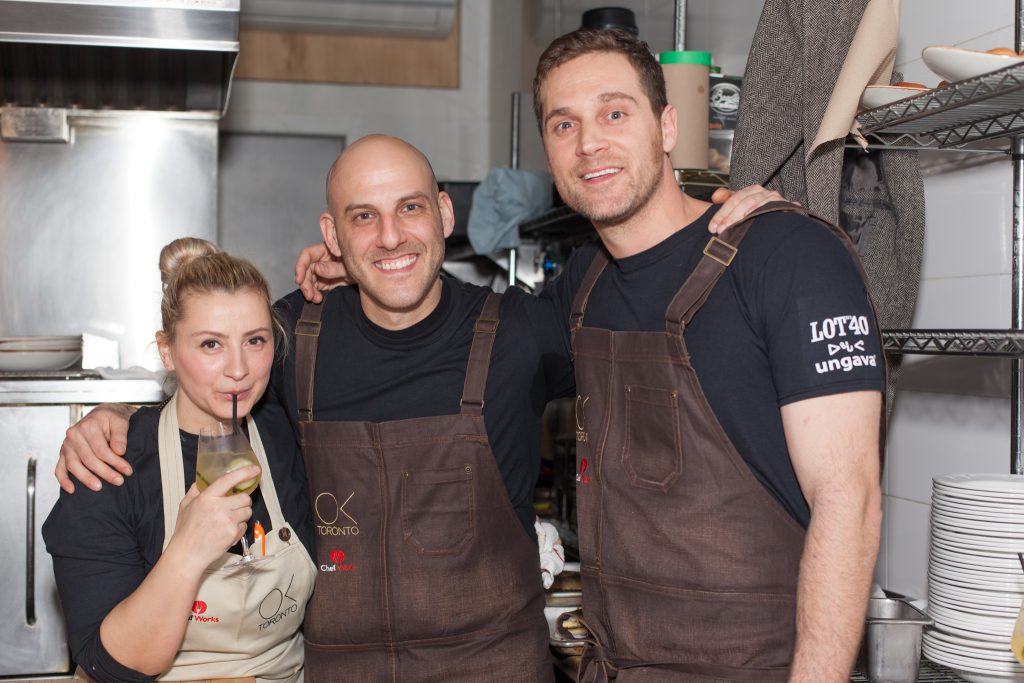 You can find out more on their next event, and learn more about the scholarship here.