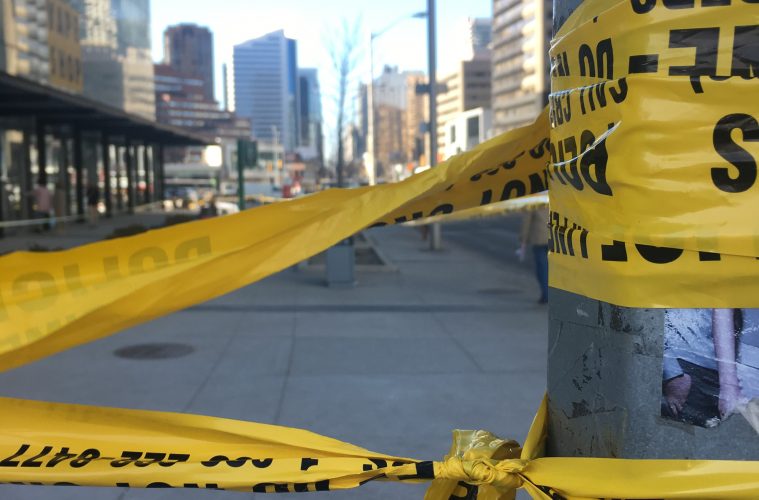 It’s been a year since the notorious van attack ripped apart my neighbourhood. Our bustling pocket, one of the busiest stretches of road in all of Canada isn’t in downtown Toronto. It’s flanked by sprawling green spaces, cavernous ravines, dotted with restaurants and markets for an astounding list of ethnicities and cultures. This is a neighbourhood quite like no other, one that I’ve called home for almost twenty years, giving birth to my two daughters at the local hospital. Driving them both home so slowly and safely, on the same stretch of road that became the last steps for my fellow citizens.
How can you digest and compartmentalize events like this? I walk where bodies once laid. I stand where the deviant was arrested, where we held our breaths and watched our police force show mercy to someone who absolutely has no concept of what that means. I look over my shoulder, every.single.day. Why not today? Why not a copycat attack? Why not me?
These are my streets to run. My streets to people watch. My streets to meet friends and walk to movies or hop on the subway and go downtown. While I personally didn’t know any of the victims, one of the first listed was Anne Marie D’Amico, the sister of a teacher at my kid’s school. They held a mass for her, we prayed for her. We walked together to the memorial. Friendly neighbours who I knew of from years of hellos and waves were now people sobbing and hugging me. These are moments that bond and unite, the exact antidote to the violence that tainted our community. 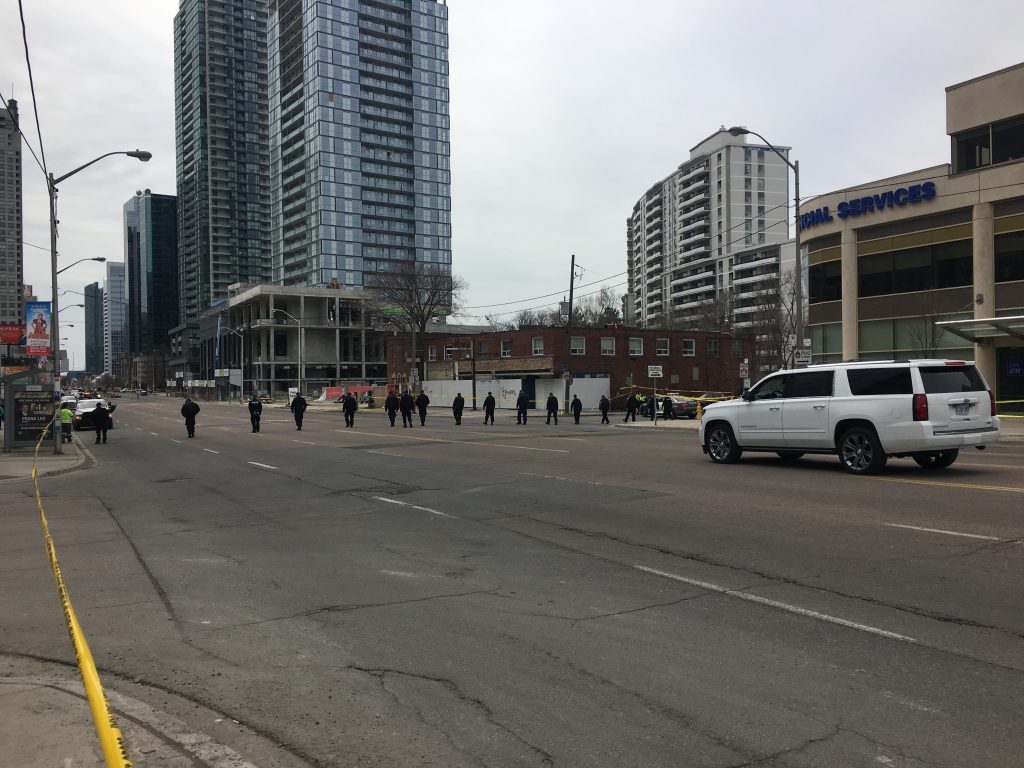 I now buy all my flowers from Secret Garden at Yonge and Finch, who opened up their shop the next day to giveaway all their beautiful bouquets to those mourning at the memorial. I eat and order from Han Ba Tang near Yonge and Sheppard who handed out bottled water and provided a safe haven from the sirens. These are the moments I cling to. This is Toronto the good. This is why I still live here.
But I’m haunted. Still. I don’t think you fully ever get over this sort of trauma. My daughters still ask why. Why would someone do this? I still don’t have any answers. I deke behind every fire hydrant and hydro pole, zig-zagging my way down Yonge Street, just in case. And I don’t use headphones on the street, so I won’t miss the screams in case this happens again. 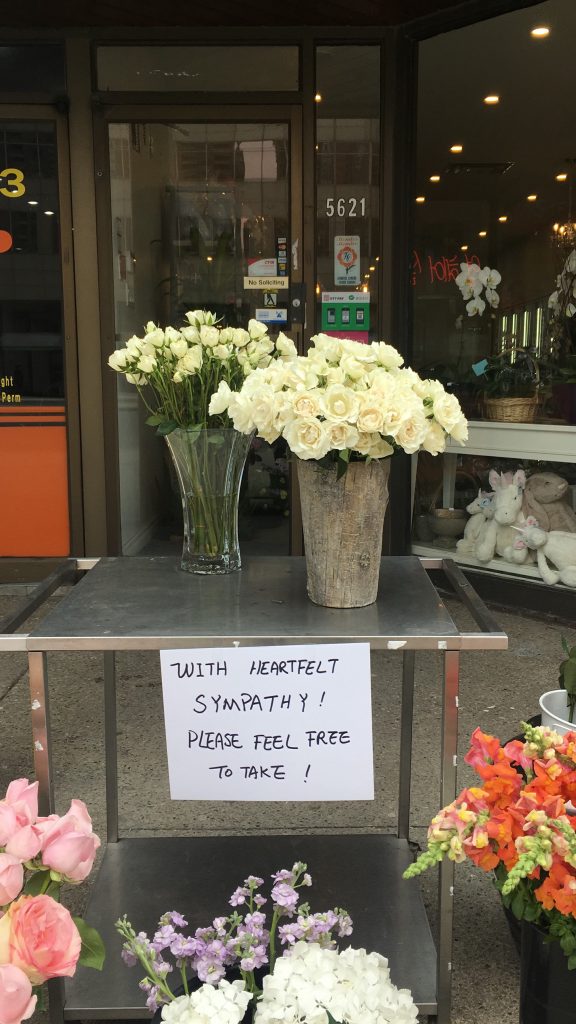 And it could. With zero infrastructure improvements or safety enhancements made, it is troublesome and neglectful to think it won’t. Mayor John Tory stood at the corner of Yonge and Sheppard well before the van attack listing all the improvements he was set to make in this uptown corridor. None of which have been made. No red-light cameras like they have seemingly everywhere else. No posts to block cars driving down the sidewalks (he did install them at Union Station, but somehow forgot to install any on Yonge Street). Councilor Filion has also been quiet. After the Prime Minister attended the memorial, services were held, and then it’s business as usual. Broken concrete, missing stop signs, a broken bench. These were the souvenirs, the daily reminders that we don’t actually matter. The worst attack in all of Toronto’s history can happen, steps from our city hall in North York and that’s the sum of our grief. Nothing.
The removal of the flowers, the destruction of the memorial, the sentiment we’re just supposed to move on, with no forthcoming plans or announcement of anything permanent. Dear Johns, we deserve better.