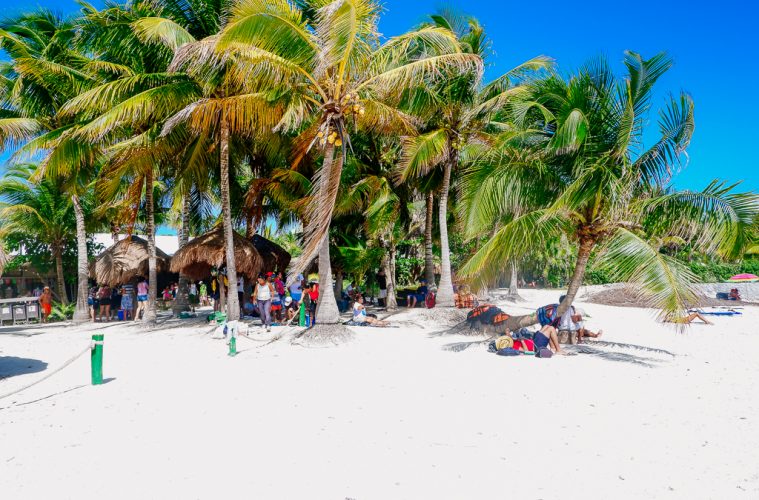 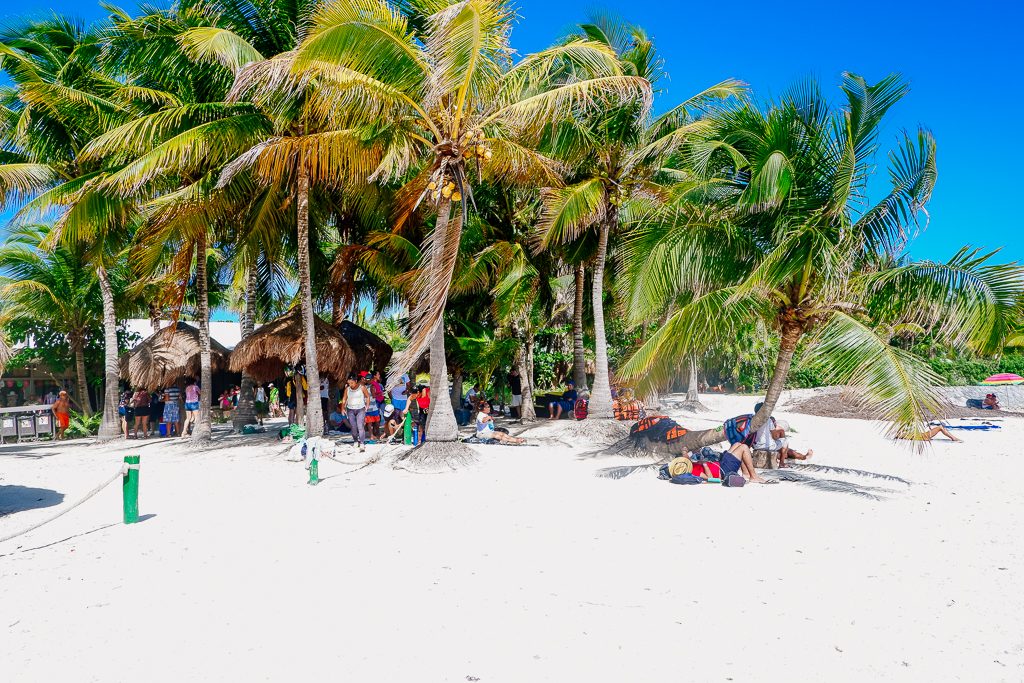 When my family goes to my favourite area in Mexico – Quintana Roo, now referred to as the Mayan Riviera, we skip the free bus even if we are at a resort, rent a jeep straight from the airport and spend our time driving ourselves where we want to go.

It’s cheaper and more fun to just jump in the jeep and drive to Xel Ha or Tulum and pay to get in as we go, as admission to the various sites are a fraction of what you will pay through a tour. Not to mention, you aren’t on someone else’s schedule, you can linger if you want to and you can bail if the destination proves to be underwhelming.

That said, I understand that this isn’t for everyone. You might be nervous about driving in Mexico, you may want to be able to enjoy a few margaritas along the way or maybe you don’t drive at all. If that’s the case, I have found a wonderful alternative to taking tons of expensive tours that will not only crush your budget, but eat up entire, precious days just in driving to and fro, picking up and dropping off other passengers at hotels along the way. 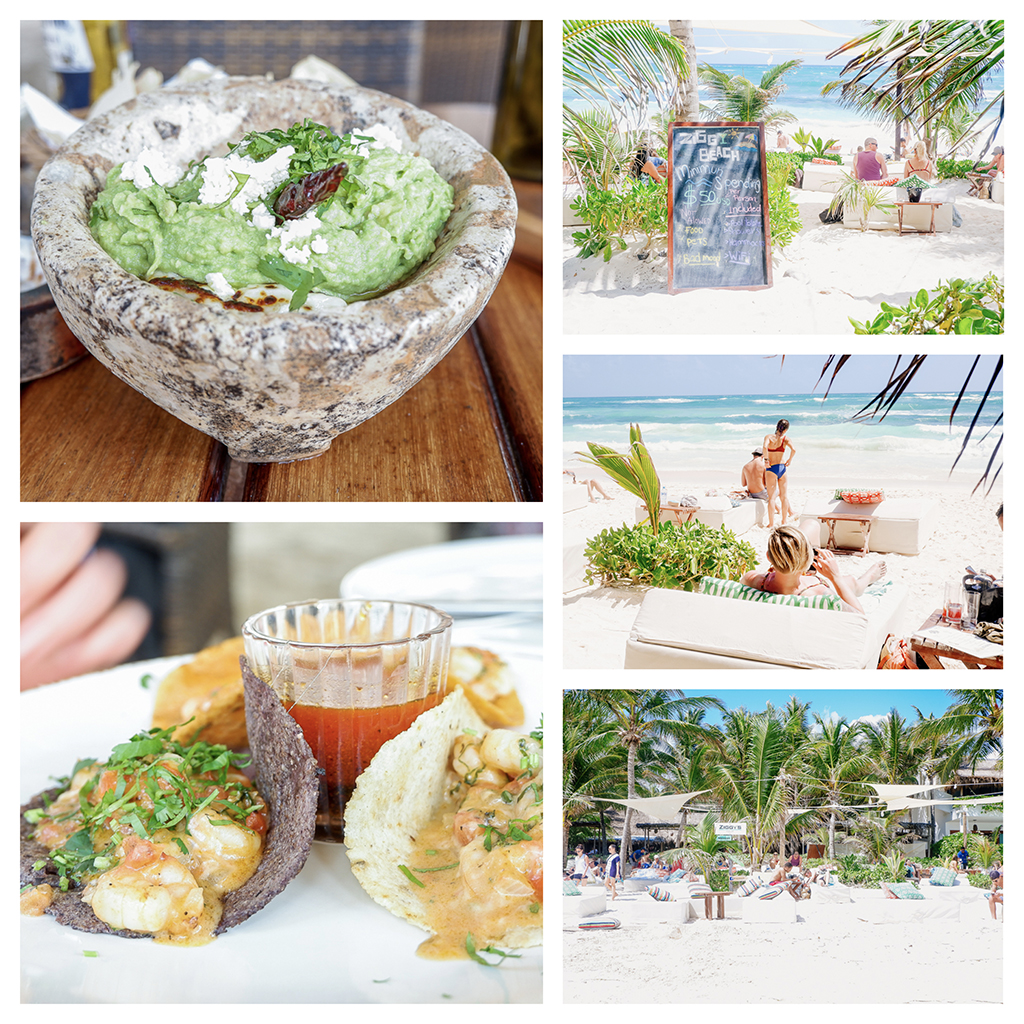 Prices are what you would pay in Canada for similar food and drink so don’t expect a $3 lunch by any means but everything is fabulous and well worth the splurge. It’s also the nicest stretch of beach in the region.

When researching hiring a private diver for the day vs the cost of taking taxis all day, one name kept popping up. TaxiGo got rave reviews from so many people that I decided to give them a try. Taxis in this area are notorious for overcharging unsuspecting tourists and many visitors are wary, feeling like their lack of Spanish makes them vulnerable to scams. I also, wrongly, assumed hiring a driver for the whole day would be way out of my budget but I was thrilled to find out that I could pay $2300 MXN for 10 hours. Even with just two of us, this was a great deal, but if you are a larger group, it’s unbeatable. 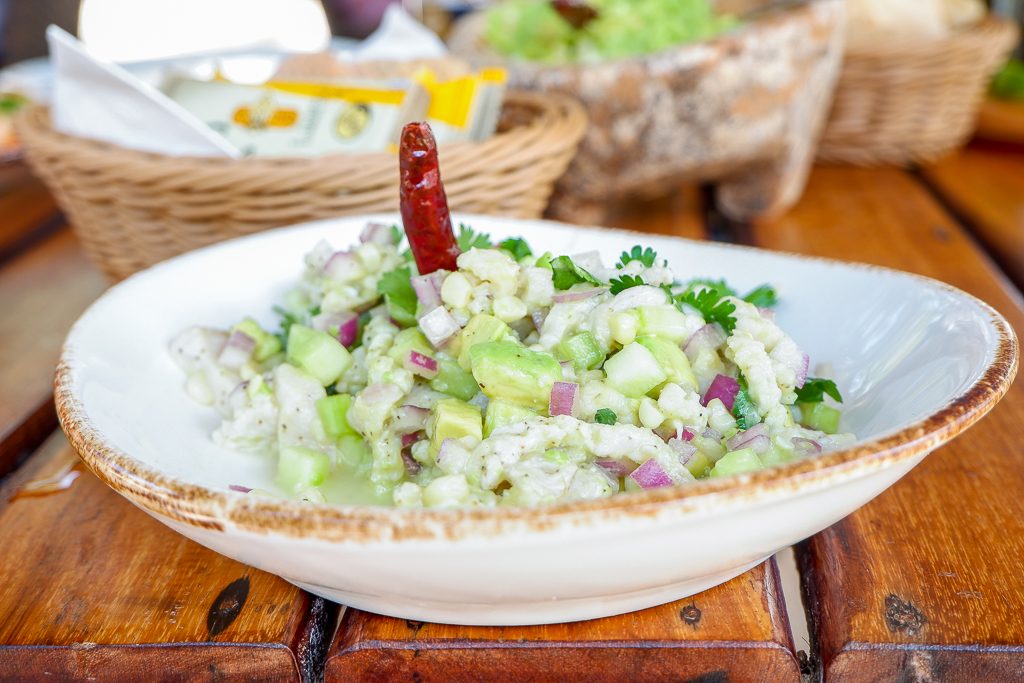 check out my review of Ziggys at https://theyumyumfactor.blogspot.com/2019/03/living-large-at-ziggys-beach-club-tulum.html

Our driver, Urhias Pena, asked what we wanted to do and made great suggestions as we planned a loose itinerary. He took us to a cenote that is off the beaten path after I told him I didn’t want to pay $50 US and fight for a spot to swim at one of the more popular spots. Urhias also nixed my original restaurant choice for lunch and suggested Ziggy’s Beach Club instead where we enjoyed the best food I ate the entire trip. 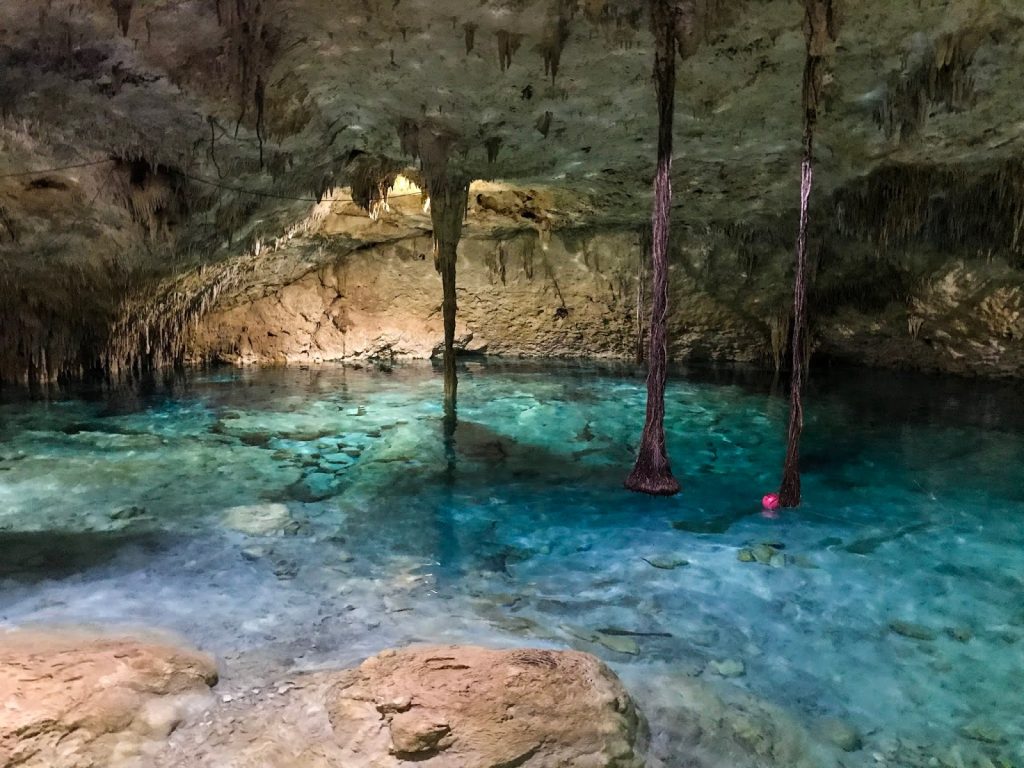 We had the underground cenote, Taak Bi Ha to ourselves, it was cheap to get in and just what we were looking for.

Prices are $2300MX for 1-8 people , 42600 MXN for 9-14 OR you can get an express trip, for example, from your hotel to Tulum and back only for slightly less, $1800MXN for 1-8 people and $2100MXN for 9-14. You can also book airport transfers, which is a great option for larger groups and he also ventures farther afield, taking groups to Chichen Itza and Merida. The best way to communicate is through WhatsApp, but you can also send messages through Facebook and Instagram. Urhias would drop us off at the ruins, or for lunch and then we would message him through WhatsApp when we were ready to leave and he would magically appear and whisk us off to the next adventure. If you don’t have it, download WhatsApp and you can keep in touch with your driver all day, letting him know when you are ready to move on and he will come back for you.

Especially with a big group, it’s nice to be able to leave backpacks and towels in the van while you aren’t using them and you could ask him to stop at a grocery store along the way and pick up water, snacks or whatever you might need for the day and keep that in the van  as well. You are paying for the day so you can make requests on the fly, make changes to the day as long as they fit in, like stopping somewhere you didn’t plan to stop along the way. 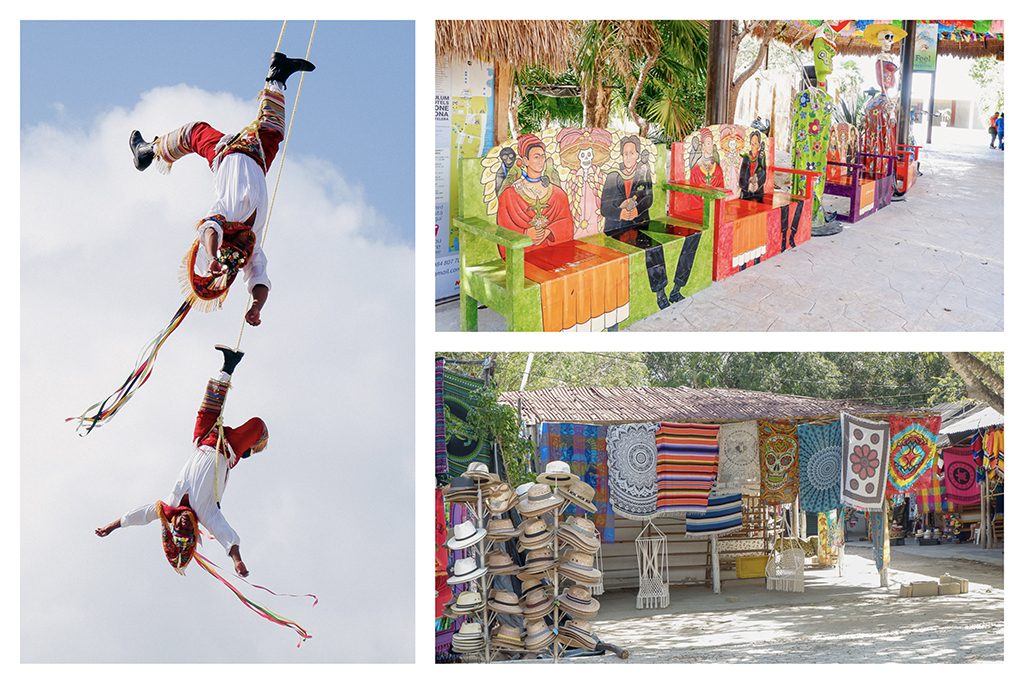 At the time of writing, $2300 is approximately $160 Canadian, so for the price of a group tour to the ruins in Tulum, a cenote visit and some snorkelling for one person, you have a driver and vehicle at your disposal and you can choose where you want to go, how long you want to stay at each place and also take advantage of your driver’s knowledge of the area as he also functions as a mini tour guide. 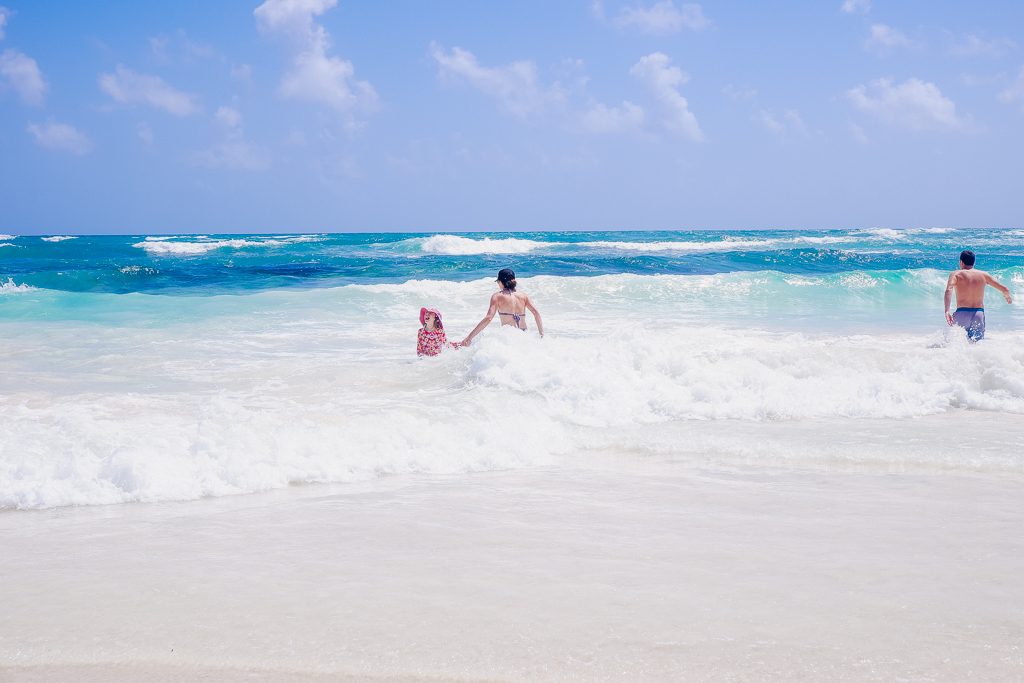 It’s a big mistake to visit the region is to go from the airport straight to an all inclusive hotel, stay on the property and then straight back to airport. There is so much to do and see and you would be missing out. Do a bit of research, find some things that interest you, hire TaxiGo and they will do the rest for you. Urhias, or one of his fabulous drivers, will transport you safely, make sure you have a great time and turn a good trip into a fabulous trip. 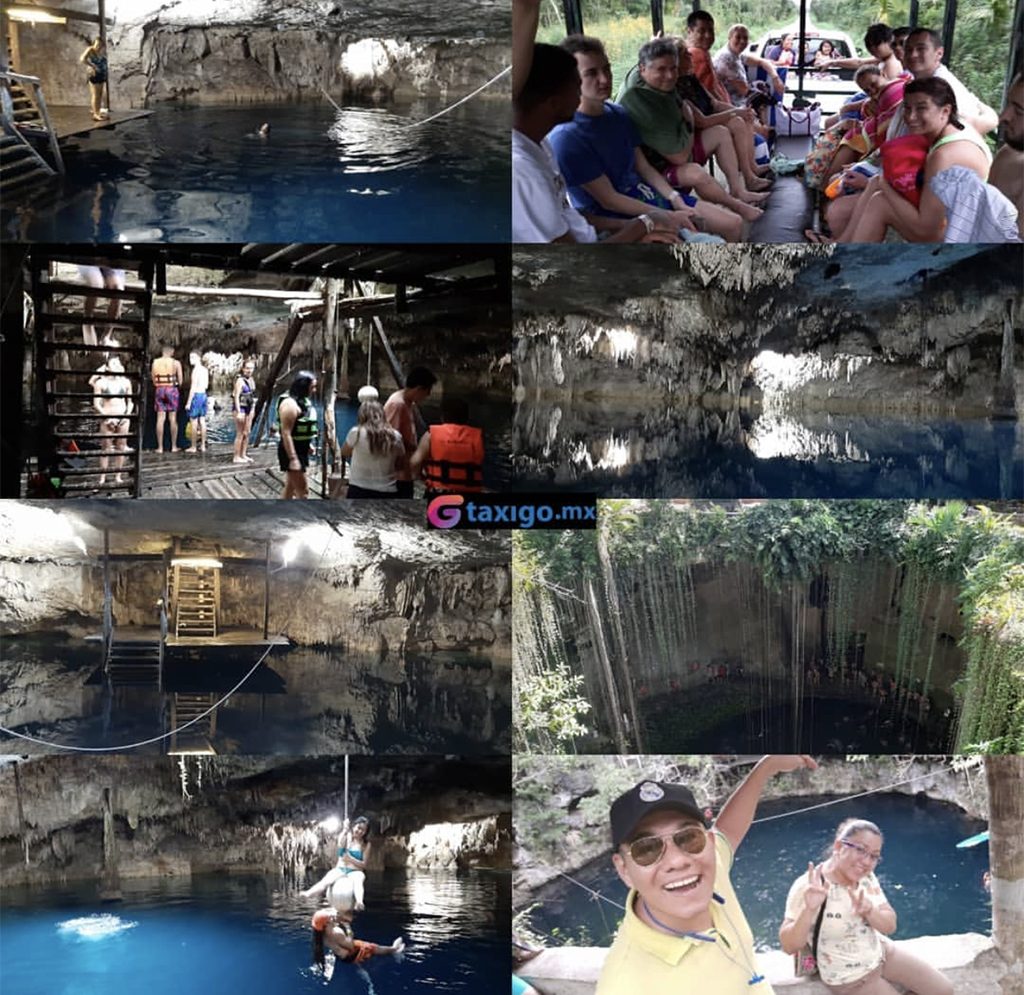 with happy customers from all over the world photo: TaxiGo